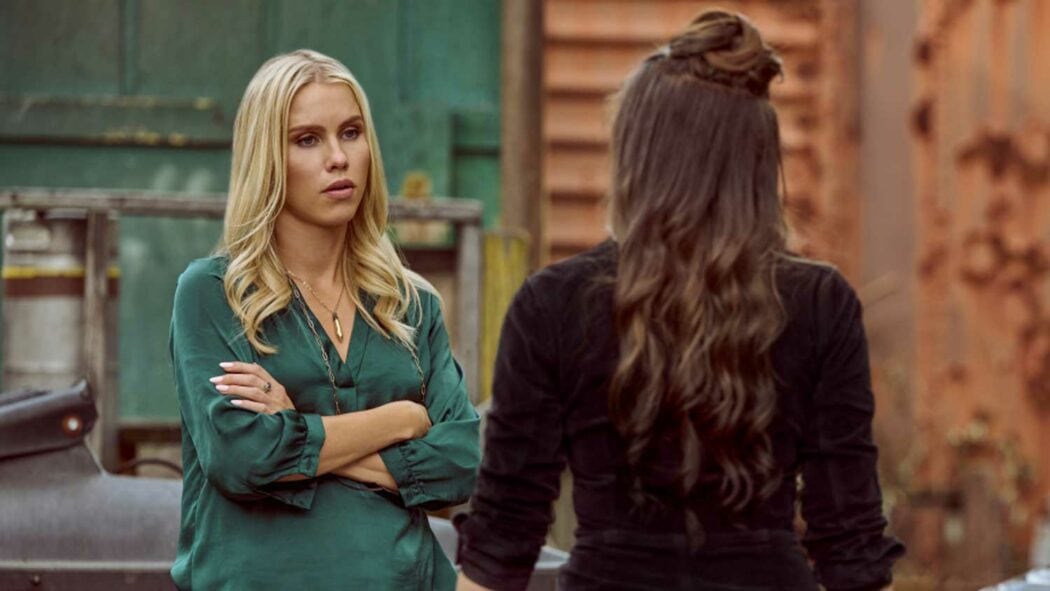 Hope is truly embracing her tribrid status. Her humanity is off and doesn’t care who she hurts. While Lizzie and Josie face the worse possible situation, they could have ever of dreamed off. Legacies Season 4 (Episode 5) is finally going in a new direction now that Malivore is gone and carrying on with the darker tone, which works really well. This was a very emotional episode and with a special guest too, it was a great watch.

REBEKAH MIKAELSON IS BACK!

From all the promo videos and images, we all knew that Claire Holt would be showing her face again in this episode. It was great to see Rebekah (Claire Holt) again and Holt manages to slip back into this role as if she never left. I do wonder what Rebekah has been up to while she has been away. As it has taken her a long time to come and see her niece. I hope that this isn’t the only episode that we see Holt this season, as I feel like the confrontation between Hope (Danielle Rose Russell) and Rebekah isn’t over.

It was a good idea to have her loving aunt come and try to turn Hope’s humanity on. The only issue is that Rebekah has no idea what Hope has been dealing with and what she went through. There is a lot of tension between this pair and all keeps coming back to family. It’s was interesting that it was Rebekah that daggered Hope, but we saw that daggering a tribrid doesn’t have the same effect as daggering a vampire.

It feels really important that Hope keeps acknowledging that she is her father’s daughter. Klaus Mikaelson was a powerful man and vampire. The mistakes that her father committed has played on Hope’s conscience for so long. All the death and destruction that was all caused in the name of family. Yet it feels as if Hope wants to cut ties with the family that gave everything up for her. It is clear that Rebekah is ashamed of Hope’s actions, and it can’t be surprising. I do wonder how long Hope without her humanity will last. However, I’m really enjoying this new version of Hope, she is interesting and powerful to watch.

Rebekah admitting that she is waiting for the cure so she can become human again was a great throwback to The Vampire Diaries and The Originals. There was mention of Hope being given the cure and to be honest I would quite let down if that happened. We have waited so long for this moment, that the idea that she could get her humanity back so quickly feels a little anti-climactic.

THE MALIVORE ERA IS OVER, BUT WHO IS NEXT? 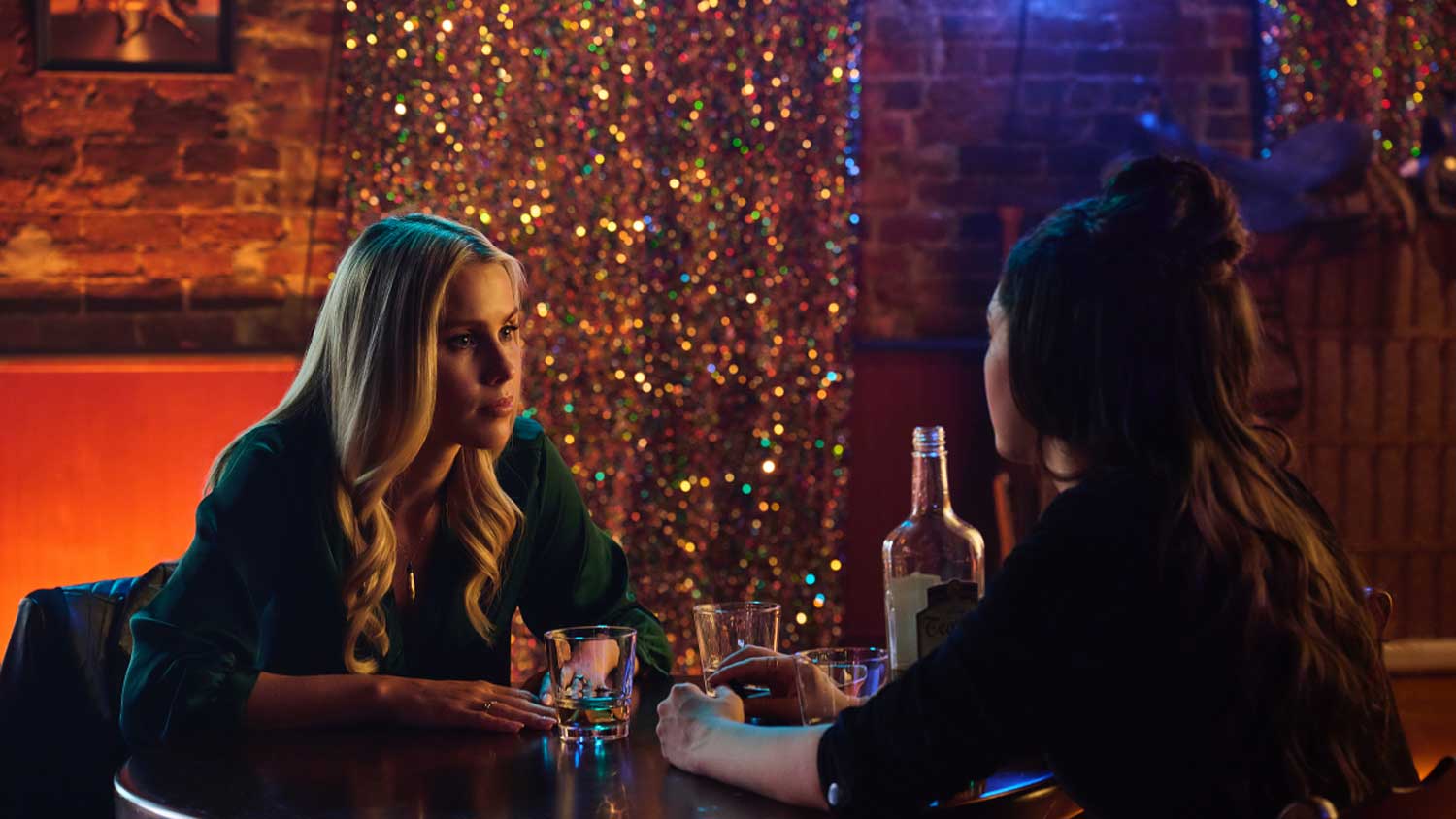 Now that Malivore is over, who will be our new villain. It was quite clever and a nice surprise to bring Tribrid back. The company that is all about the three pure lines and the one thing that connects them all is Hope, the first and only tribrid of all pure lines. I had considered that people would now come after Hope to kill her, as she is considered unnatural. I’m quite happy with the mysterious wit of this organisation and I’m happy that this show is finally going in a new direction. I look forward to this new direction and new antagonist to watch out for. I just hope this really is the end of the Malivore era.

Away from Hope, this is where it gets a lot more emotional. Matt Davies has been part of The Vampire Dairies world for years and now are we watching the end of Alaric. Yet this character has been through a lot and comes out the other side. At the moment, things don’t look great for Alaric and watching Hope’s attack was brutal. Lizzie (Jenny Boyd) and Josie’s (Kaylee Bryant) reactions to their dad were painful. The prospect of them losing their dad is horrible. Both Boyd and Bryant do a fantastic job, and Davies’s speech to Boyd as Alaric apologises to Lizzie is full of emotion and portrayed beautifully by both characters. I do wonder what these girls have to go through until their mum, Caroline reappears. At the moment, Alaric’s body is still with us but his mind has gone. I do wonder if Hope could help bring Alaric back, but she would have to switch her humanity back on for that to happen.

Alongside this the merge has been mentioned again in this episode. Hence, I do wonder if there will be more of a focus on it with this season. I would like to learn more about it and to see what possibilities the twins have in preventing it.

WHAT IS GOING TO HAPPEN TO ETHAN NEXT? 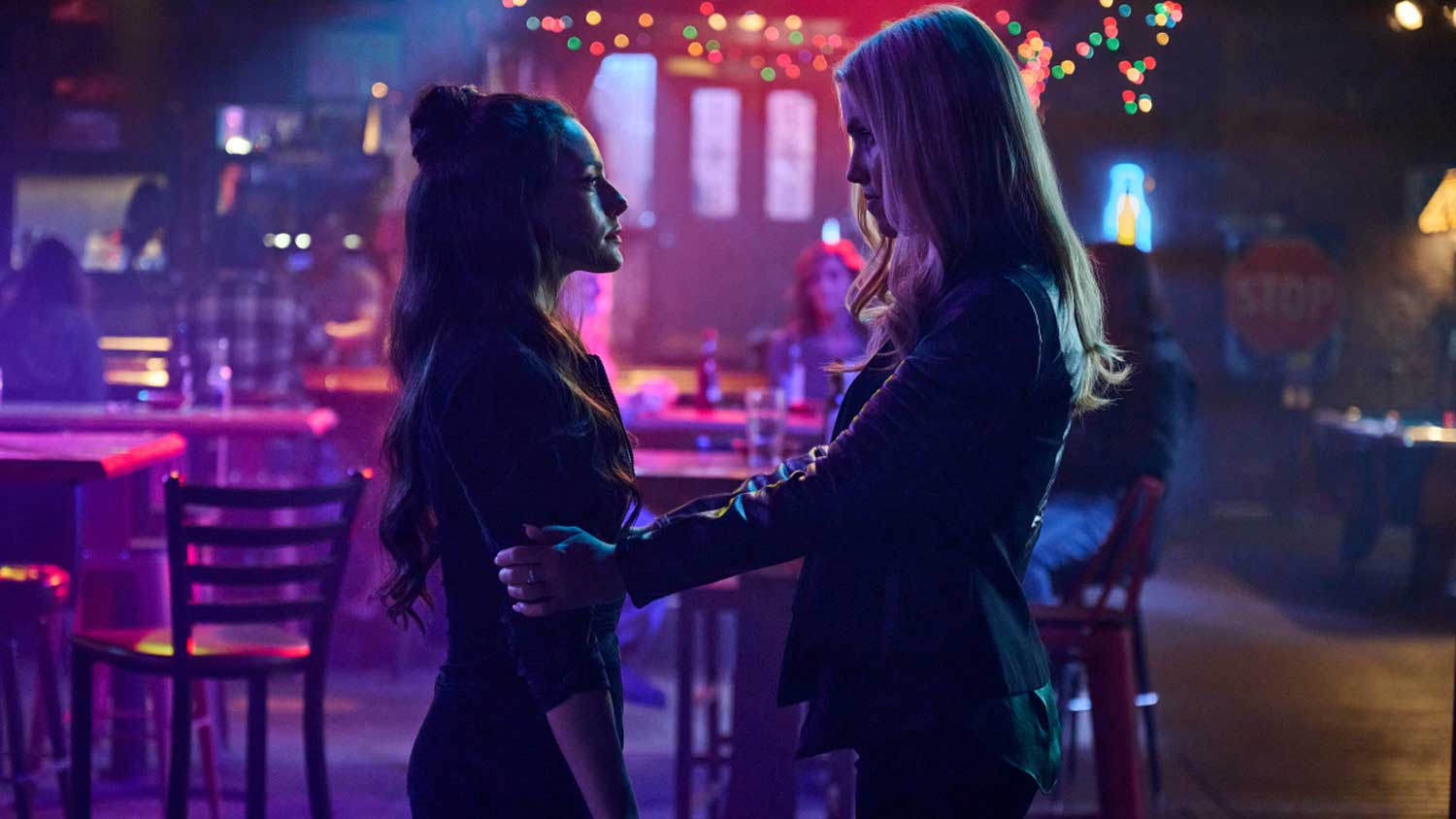 Also, it has to be said that Ethan (Leo Howard) is such a nice guy and a good character. He is now supernatural like he always wanted and it’s interesting how mature he is being considered he is in a love triangle with MG (Quincy Fouse). I’m intrigued to find out what his powers are and I hope he has some real involvement in the plot. However, it would be nice if he had his own story with some real character development. Perhaps something to do with his mother finding out what has happened to him or something going wrong with his powers as they are from Malivore. There are some possibilities but I don’t want him to just be another Jed and Wade character, who are on the sidelines but don’t really add much to the plot except for some humour.

THE DARKER TONE IS WORKING WELL, WHAT CAN WE EXPECT NEXT?

Overall, this was a good episode and the darker tone for Legacies is working well. I’m glad that we have moved into a new era in the show. The reappearance of Rebakah was great and I hope we get to see more of Holt in upcoming episodes. Davies and Boyd put on a great emotional performance in this episode and I’m intrigued to discover what is next for Alaric. The plot has stepped up a gear and it’s working really well, I’m excited to see what is going to come next.

What did you think of Legacies Season 4 Episode 5? Did you like it as much as we did? Let us know your thoughts in the comments below.