Legacies Season 3 Episode 6, called To Whom It May Concern took two weeks for it to grace our screens.

In this episode, Hope (Danielle Rose Russell) is still struggling to come to terms with the loss of Landon (Aria Shahghasemi), while the rest of the super squad try and keep the school from closing.

Many students are refusing to come back to the Salvatore School as they fear for their lives, new students must enrol.

Considering we waited so long for Legacies Season 3 Episode 6, I expected this episode to pack a punch.

Instead, we got a plot that was incredibly slow to watch.

This isn’t the first episode where the students have had to save the school in some way.

However, watching the few remaining students show three prospective students around is very boring, even with Hope having a couple of magic explosive moments, it is very dull.

Cleo (Omono Okojie) appears to be a great new student at the school and possibly a new friend for Hope.

Cleo manages to get Hope to open up about her feelings, which is surprising that Hope is so willing to be open and honest with someone she only just met yet she can’t do that with people that she has known for years.

Danielle Rose Russell does a great job in portraying heartbreak. We can clearly see that Hope is struggling and she misses Landon.

However, I think it is important to note that she isn’t trying to get him back unlike in the previous episode. 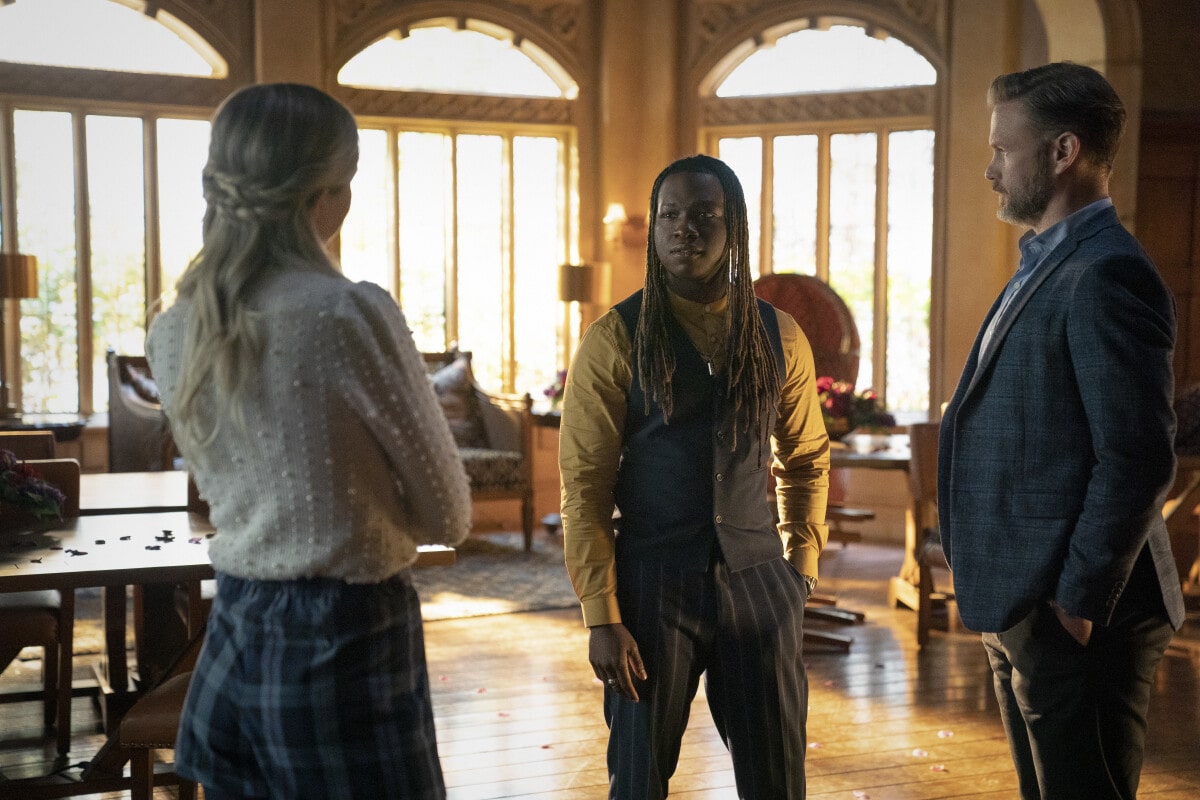 In the previous episode of Legacies Season 3, we see Landon walking around an endless dark space which we assumed was Malivore.

Well, we were correct, Landon has been sent back into Malivore and in this episode, he happens to bump into the Necromancer again.

This time the Necromancer is in his own personal hell as punishment from Malivore.

I wasn’t happy to see this guy return again!

The Necromancer has made so many appearances, Ben Geurens should just be made a series regular at this point.

The scenes between Landon and the Necromancer are very simple and not as exciting to watch as maybe they should have been.

The fight between Landon and the Necromancer for the key falls very flat, I don’t really care who gets it because I’ve not been made interested in what is happening between these two.

I am now bored of the Necromancer; his character isn’t enjoyable to watch and seeing him appear every other episode just to complain is dull to watch.

I think it is time to say goodbye to this character and the writers need to give us a new bad guy with a main storyline to watch.

On the other hand, it is nice to see Landon maturing.

He always just waited around for Hope but now there seems to be a slight change in him.

Towards the end of this episode, Landon decides to find his own way out.

It’s refreshing to see him to stop waiting around and take control himself.

Landon manages to save himself from the Necromancer but he is now stuck in the prison world.

It’ll be interesting to see if Landon will be able to save himself and how.

I hope Landon’s journey in the prison world isn’t just a one-episode thing.

The writers like to rush through events like these instead of giving the character time in the situation they have found them in this the character development they could achieve is cut short.

I’d rather Landon be stuck in the prison world for a few episodes so then the tension increases and we build up to a better moment when Landon and Hope reunite.

SALVATORE SCHOOL IS IN TROUBLE 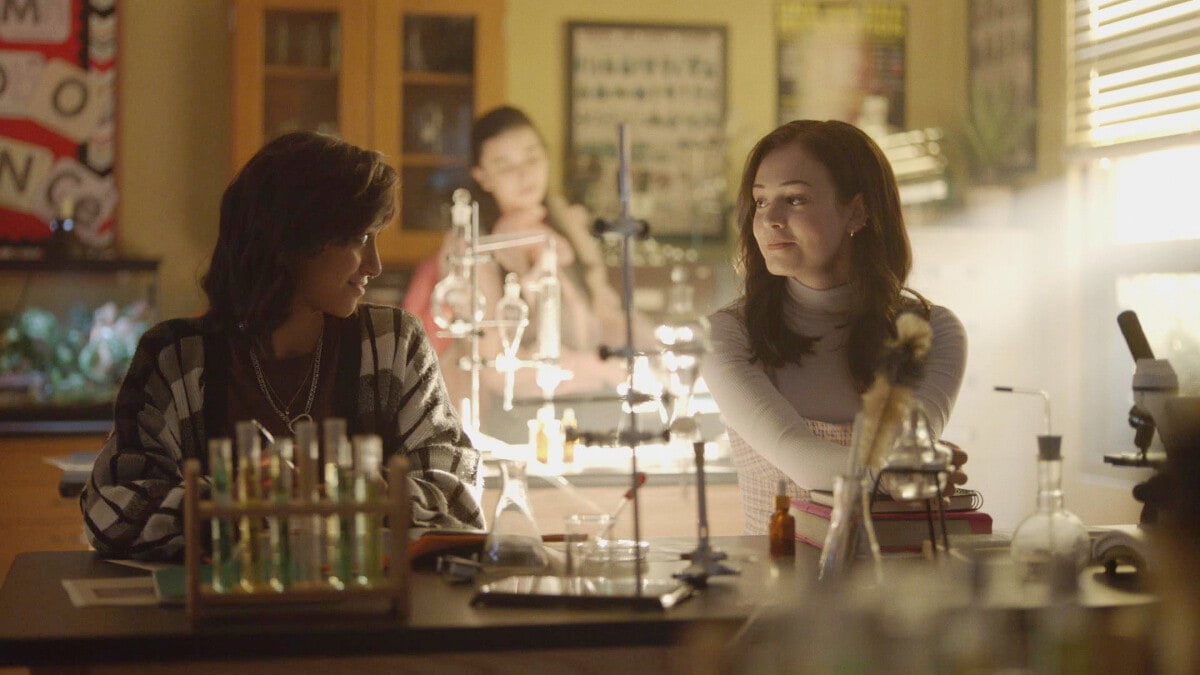 With the school in trouble, Alaric (Matt Davies) will do everything he can to keep it afloat.

The admission in this episode that Alaric isn’t fit to be the headmaster will be the driving force to make sure he does his best.

Are the writers hinting that Alaric may leave? Yet he left before but came back.

Alaric has had a long history with this series so I am unsure what more the writers can get out of this character.

Matt Davies always puts on a strong performance but his relevance to the series seems to be diminishing with each episode.

His presence isn’t as exciting as it used to be. 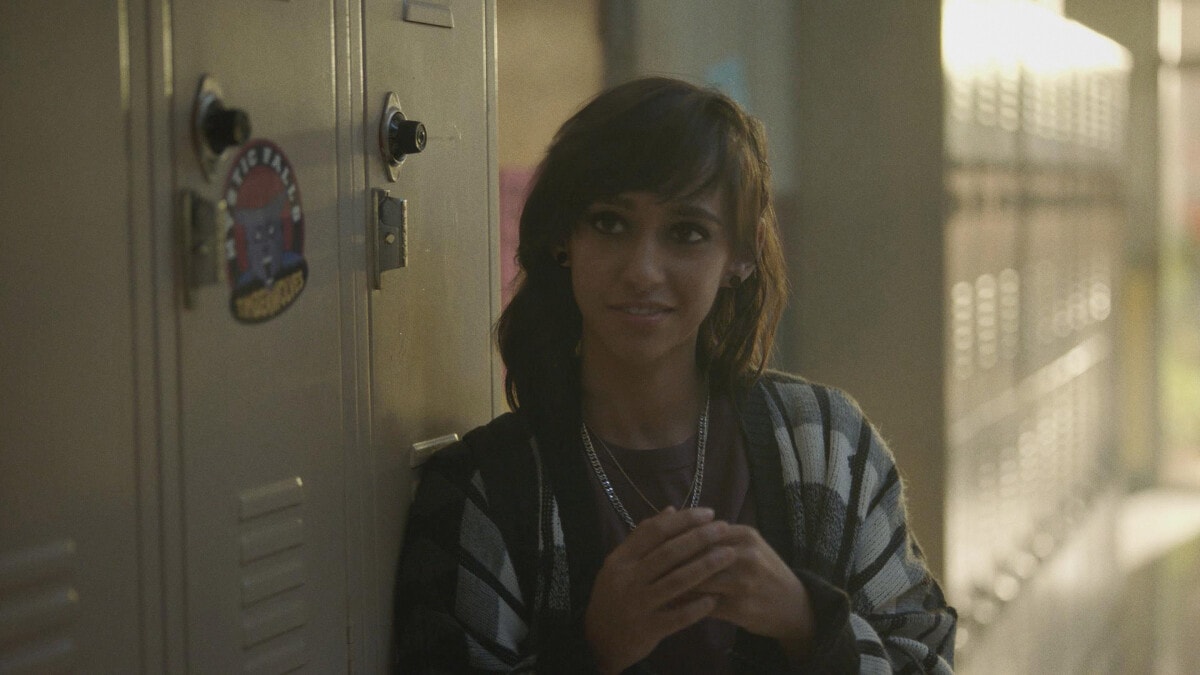 We have been hoping for some more character development and we defiantly got that with MG (Quincy Fouse) in this episode, even though it was a bit more shocking than expected.

MG has started his new life of saying ‘NO’.

MG shutting all his friends down felt quite harsh but I think that is due to the fact we are so used to pushover MG who agrees to everything anyone ask of him as he is a people pleaser.

Well now MG is saying NO and we get to see this character in a new light.

To Whom It May Concern is the weakest episode to date.

Slow plot and reoccurring monsters that don’t add anything.

On the plus side, we have been given the beginnings of some hopefully great character development.

It is interesting that so many pupils have decided not to come back to the Salvatore or is this due to the pandemic and the show needed to cut down on bodies in scenes.

It makes you question what the writers have in mind for the rest of this season considering how slow this episode was.

Realistically we didn’t need this episode, we could have instead spent just a few scenes to explain what was going on and that would be more enjoyable than this whole episode.

It was nice to see Josie happy in this episode but these few good moments are overlooked because of the poor storyline we are given to watch.

Did you enjoy Legacies Season 3 Episode 6?