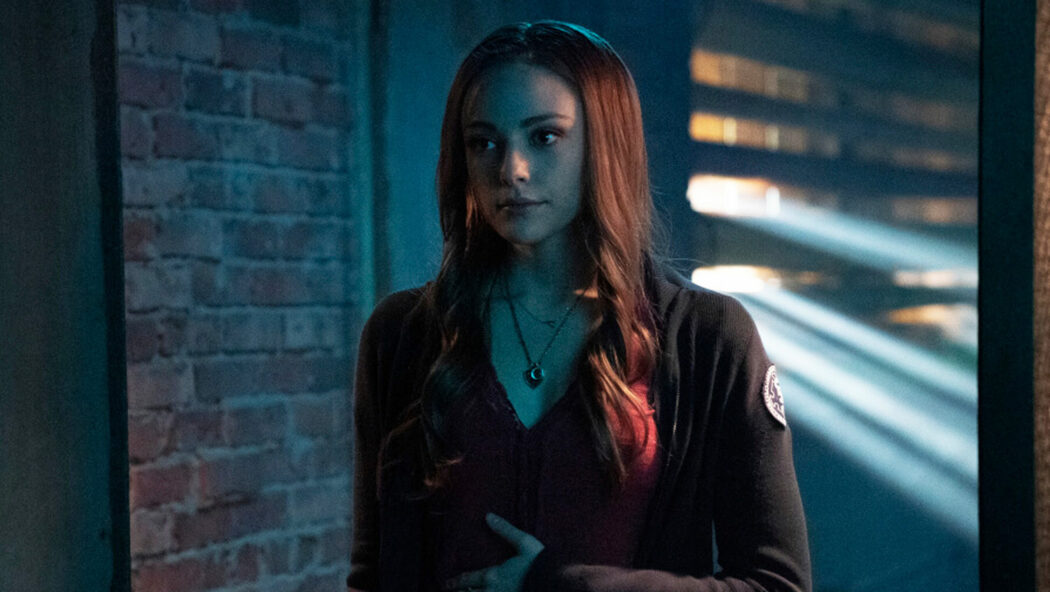 Legacies Season 4 Episode 4 has landed on The CW and here is our SPOILER review. So, if you haven’t watched the episode yet, don’t read this review!

We have been waiting for this moment for years and now it’s here.

Hope, the tribrid is here and everything went as expected.

This show is now headed in a new direction and I wonder how long this standard can last.

The standard of storytelling we are dealing with we remind me of the good old days of The Vampire Diaries.

This episode gave us what we wanted and have we finally seen the last of a certain character.

WE GET TO SEE THE TRIBRID IN ACTION IN THIS EPISODE OF LEGACIES!

We have been waiting so long for this moment and it didn’t disappoint.

I really liked the fact we got to see how powerful Hope is now.

I liked that the moment when Hope transitioned and that the sky turned red.

It was a sign that Hope isn’t natural, and nature isn’t happy about what is now in the world.

If so, can we assume to see people coming after Hope to kill her?

After all, she is the first tribrid and no one really knows what she can and can’t do.

However, we do know that she is the most powerful creature in the universe.

Lots of people or creatures would now love to be the person or thing that took down the tribrid.

Also, we shouldn’t forget about the tree from Cleo’s (Omono Okojie) vision which could be the thing that could put an end to Hope.

There are now so many possibilities, that I’m excited to see what is next.

IS THE GREATEST LOVE STORY OF THIS SHOW OVER FOR GOOD?

With Hope becoming the tribrid it meant one thing. The end of Malivore?

Well, I’m not sure, I’d really like it if it was the last, we saw of Malivore (Aria Shahghasemi), but considering Ethan (Leo Howard) now has superpowers and Kaleb (Chris Lee) is still a dragon; I feel like he isn’t completely gone.

I want Malivore to be gone for good.

Especially as Hope had to do the unthinkable… Killing the love of her life.

We all knew it was going to happen and it was a beautiful moment.

The lighting was perfect, with how Russell and Shahghasemi’s faces were blacked out, as Hope dug the blood dagger in.

It was a perfect moment and was full of emotions from both characters.

Is it possible for Landon to come back?

I want to say no, but with this show who knows.

However, if this is the end, Landon got a great send-off.

HOPE’S HUMANITY – WHAT KIND OF CREATURE ARE WE NOW DEALING WITH?

Hope switching off her humanity, happened a lot quicker than I thought it would.

Although I did expect it to happen because the pain of losing Landon would have been too painful to cope with.

I’m excited to see Hope without her humanity it gives me huge Elena vibes when she switched off her humanity when her brother died.

Danielle Rose Russell is just fabulous in this episode and now that Hope’s humanity is off, I wonder how much she’ll turn into her father, Klaus.

Also, as Hope is spending some time away from the school, I wonder what she is going to get up to.

Will we get to see her on a killing spree?

We end this episode with Hope threatening Alaric (Matt Davies).

Could she ruin her relationship with the twins?

THE TWINS DEAL WITH THEIR OWN LOVE ISSUES 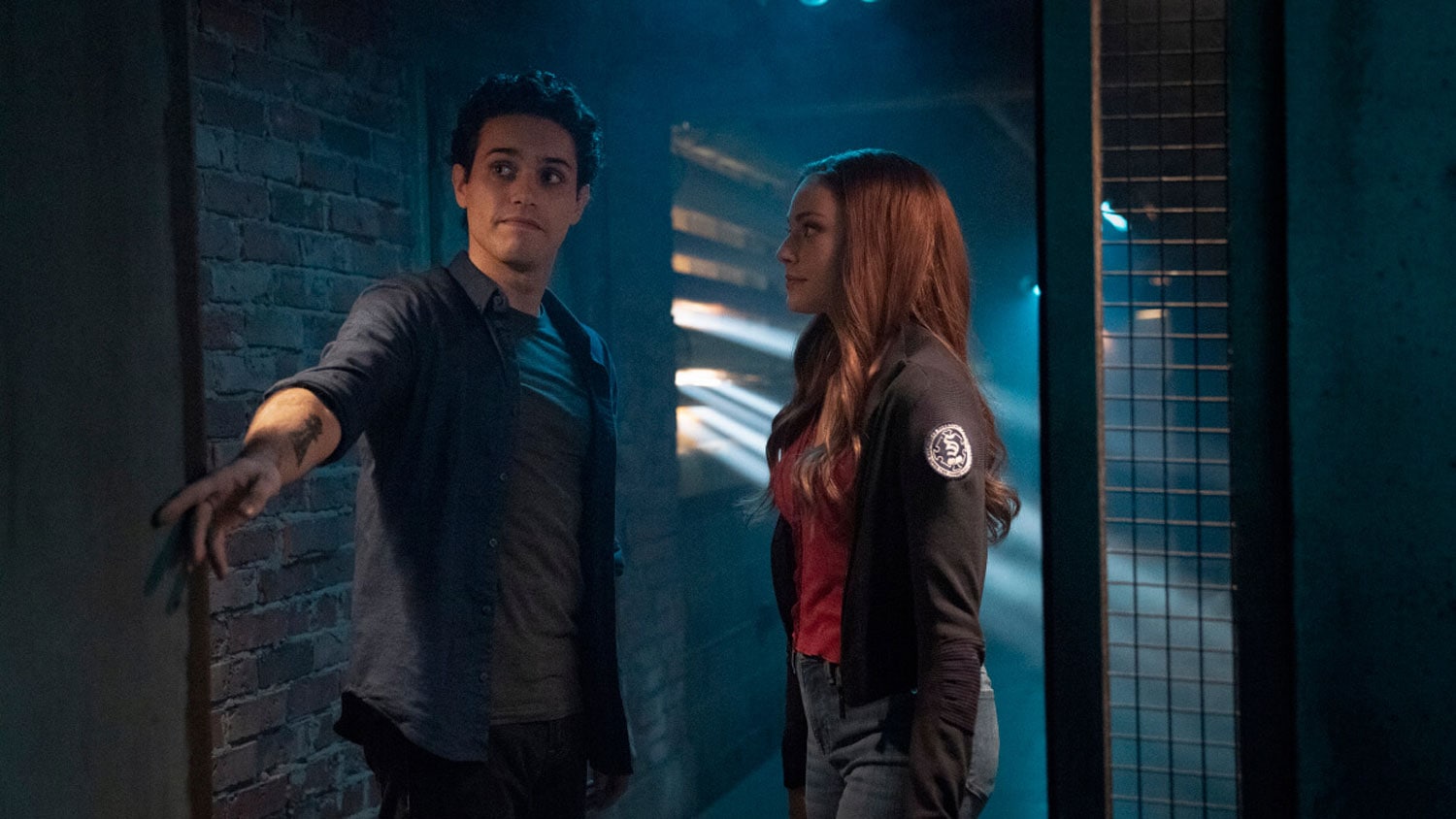 A part from Hope, we got to see dark Josie (Kaylee Bryant) return.

It was nice seeing Finch (Courtney Bandeko) coming head-to-head with dark Josie and helping Josie through it.

It was a great addition that Finch realised that she could deal with all aspects of Josie’s life.

Now that this pair is back on track, I hope the writers leave it that way.

I just want Josie to be happy and her to stop having such a yoyo relationship.

Alongside that, MG (Quincy Fouse) and Lizzie (Jenny Boyd) seems to have reached a point in their relationship where they both are aware of each other’s feelings.

However, I feel like Ethan is going to be an issue for this pair.

I do wonder now that Ethan is supernatural, will he get his own storyline?

He seems far too accepting of everything, and to be honest I liked evil Ethan more than I like good Ethan.

Hence, I’m intrigued to find out what is next for this character.

Or will he carry on being on the subs bench with Jed and Wade?

THE DARKER TONE OF THIS SHOW IS WORKING WELL

I love this show is going for the darker tone and it works so well.

I want them to keep it up because it makes this show more exciting to watch.

With rumours of Clair Holt returning as Rebekah, Legacies is just getting much and better.

Danielle Rose Russell killed it in this episode and I’m excited for a new villain.

If Landon is dead for good, then this episode was a great send-off.

However, I do think we will see him again.

I absolutely loved this episode and this is the level this show should always be at.

I will say sometimes some of the writing could be better, but this is the standard that this show has to stay at.

What do you make of this review of Legacies Season 4 Episode 4?