Bloodlands Season 1 consists of four episodes all revolving around a disappearance case from over 20 years ago.

Over these four episodes, a lot of secrets and mysteries are revealed.

A former IRA man is abducted which caused DCI Tom Brannick (James Nesbitt) to confront an assassin from his past to solve the investigation in the present.

Goliath, the unknown murderer, was at large 20 years ago and this case has a personal connection to Brannick himself.

BLOODLANDS EPISODE 3 IS A DISAPPOINTMENT 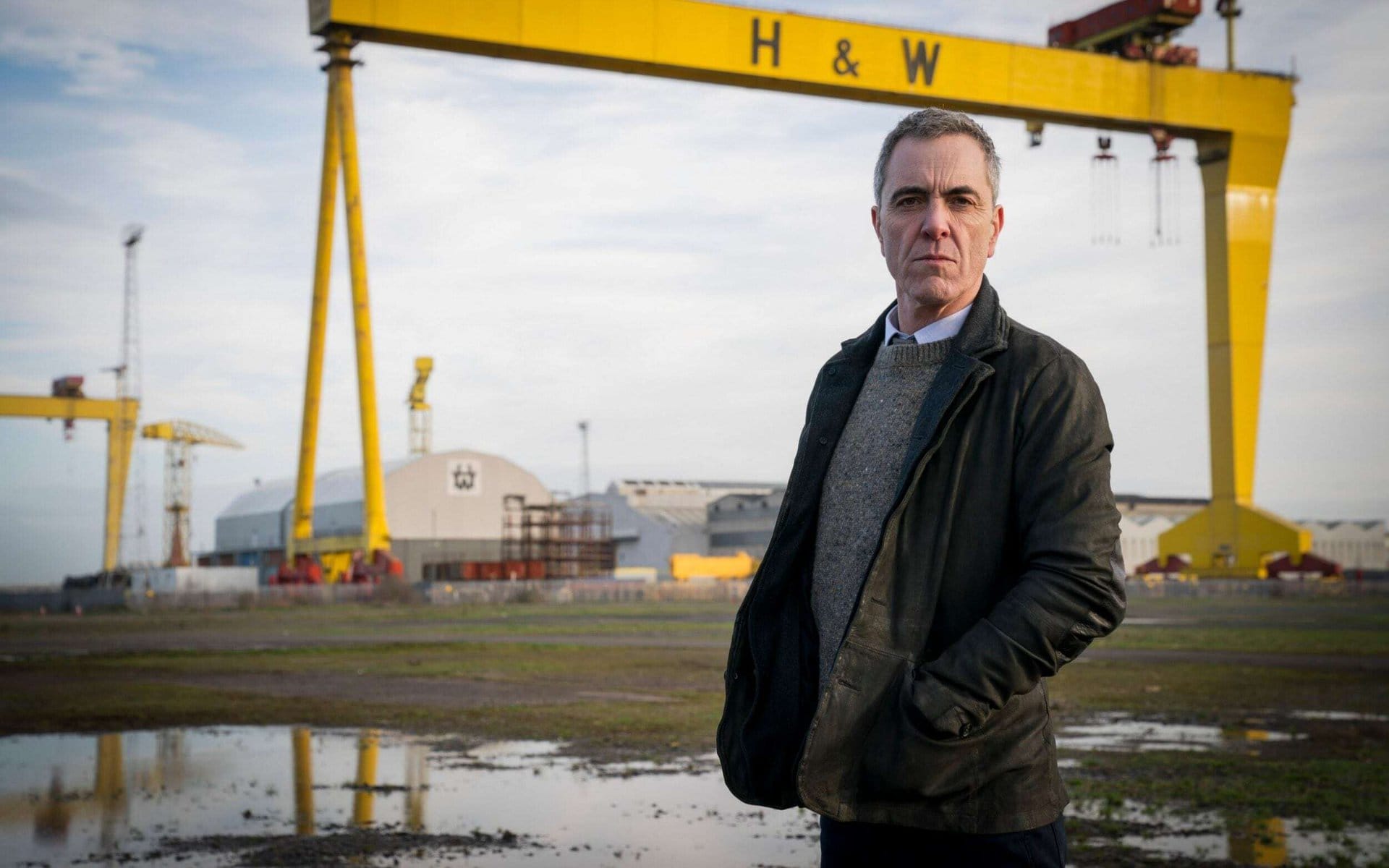 This series is made up of only four episodes but these episodes differ in execution.

The first two episodes build up the mystery of the Goliath case well and who could it be by building up the relationships between the characters.

We end the second episode on a huge cliff-hanger and you are left questioning what happens in the final scene.

Tension is raised perfectly and you are sat on the edge of your seat, mouth open and excited to see what is going to happen in the next episode.

Yet episode three is a huge disappointment compared to the previous episode and this episode lets the whole series down.

The third episode I felt lacked the mystery and tension that has been created in the previous episode.

KEEP AN EYE ON TOM BRANNICK 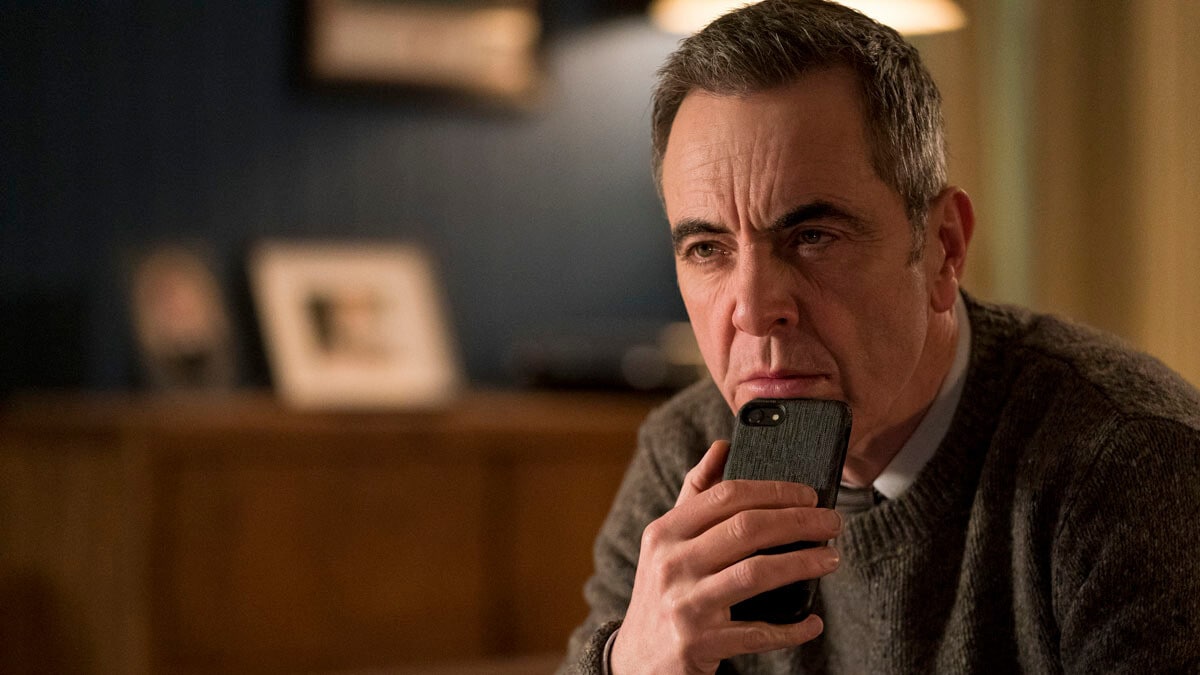 Read more: The Witcher Season 2 Will Be Less Confusing Than Season 1 Says Showrunner

James Nesbitt is our leading man as Tom Brannick.

To begin with Nesbitt’s characterisation as the headstrong and determined policeman is very convincing.

We then start to see the dark side of this character and we know he is hiding something but that’s where things start to fall apart.

In the third episode, we are given far too many close-ups of Nesbitt glaring and frowning at the camera.

This character has suddenly become very moody and all the glaring was just annoying to watch.

The glares didn’t add anything to the scenes, it doesn’t even make us the least interested in what he is thinking because the glare gives us nothing.

Nesbitt is a fantastic actor and some of his performances during this series was really good and very convincing but the glare just ruined it.

In the final episode, Nesbitt gives us a fantastic emotional speech as he confesses what happened 20 years ago.

His performance is heartbreaking but the words he is speaking don’t land right. 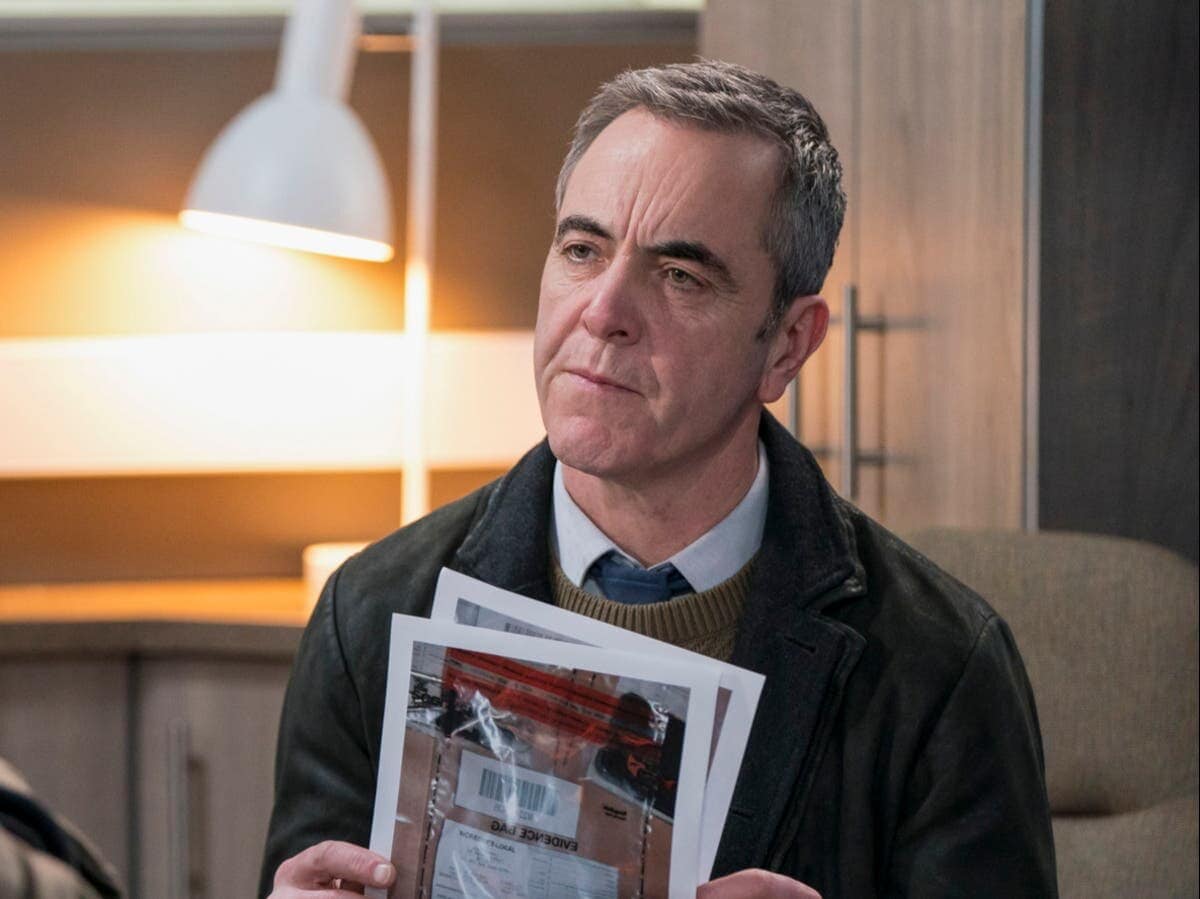 The storyline is confusing and you do question if you have been given the answers to questions that are being asked.

However, instead it is Tom himself yet his reasoning to explain why he did what he did was a convincing performing from Nesbitt but the reasoning for the character’s action is very confusing and complicated.

The cast do a good job but some performances could be better.

Lisa Dwan plays Dr Tori Matthews; her character is consumed with grief and the taste of revenge and justice.

As a result, it appears that Dwan plays this off as quite over the top and exaggerated.

Hence in the later episodes, her performance and character aren’t as enjoyable to watch.

We can’t sympathise with a daughter wanting justice for her father’s murder anymore, as the performance isn’t as convincing or as enjoyable to watch.

The fate of this character in the final episode is quite predictable as she works everything out and believes she can have the upper hand but she forgets who she is messing with and the destruction she has caused herself. 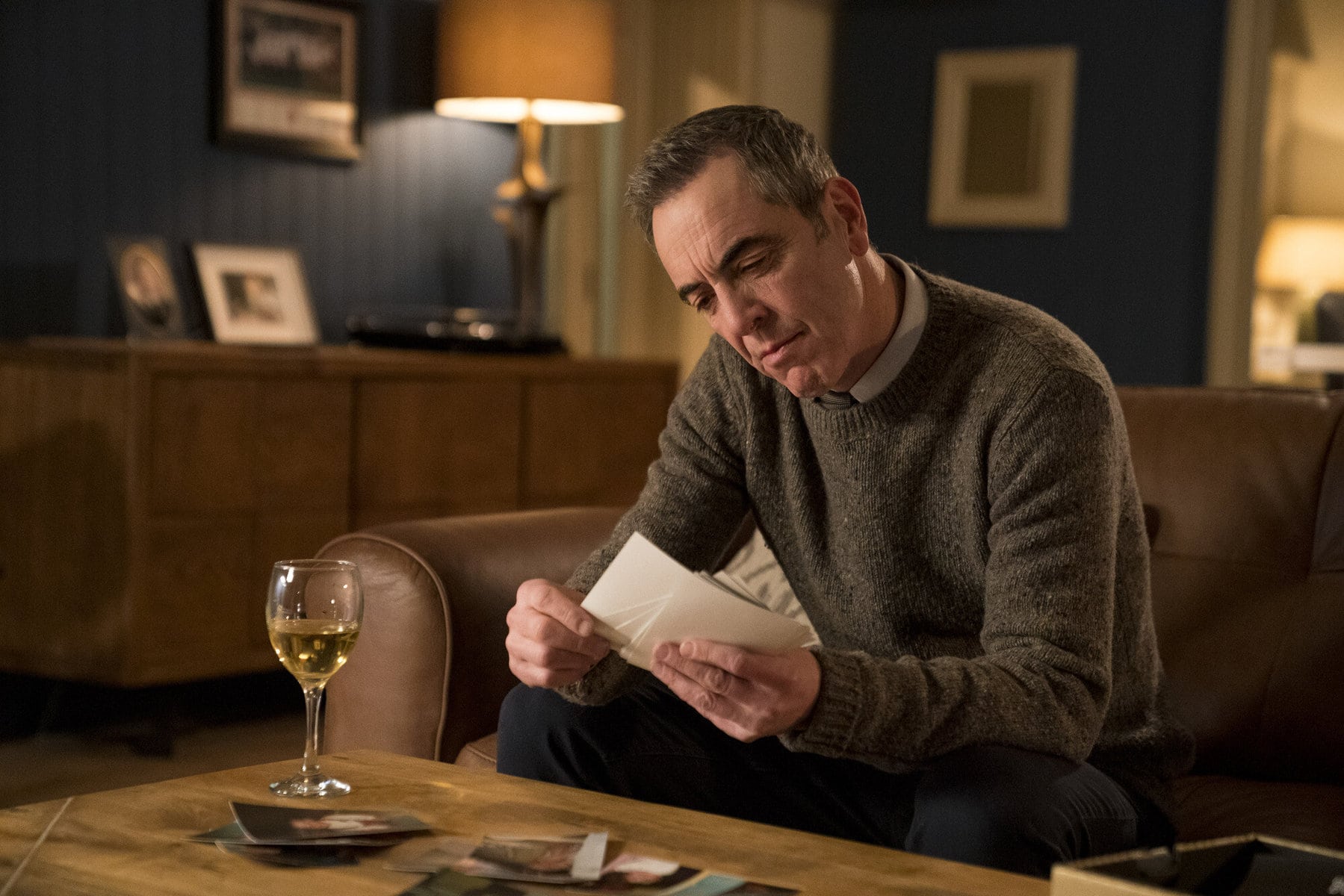 The Twomey interrogation in episode 4 is one to watch out for.

It is so engaging and exciting to watch. Lorcan Cranitch does a fantastic job as DCS Jackie Twomey, the man in charge of the whole operation.

It is obvious that he isn’t the cleanest policeman on the force and someone easy to frame the case on.

You believe that maybe Twomey will be framed for the murders and that he will go down for what has happened until the last second.

Cranitch is powerful in this show and his presence is known.

However, what I also like about this character is the witty one-liners which add an element of comedy.

The sarcastic lines are hilarious and delivered perfectly and at the right time in the episode to make you laugh. 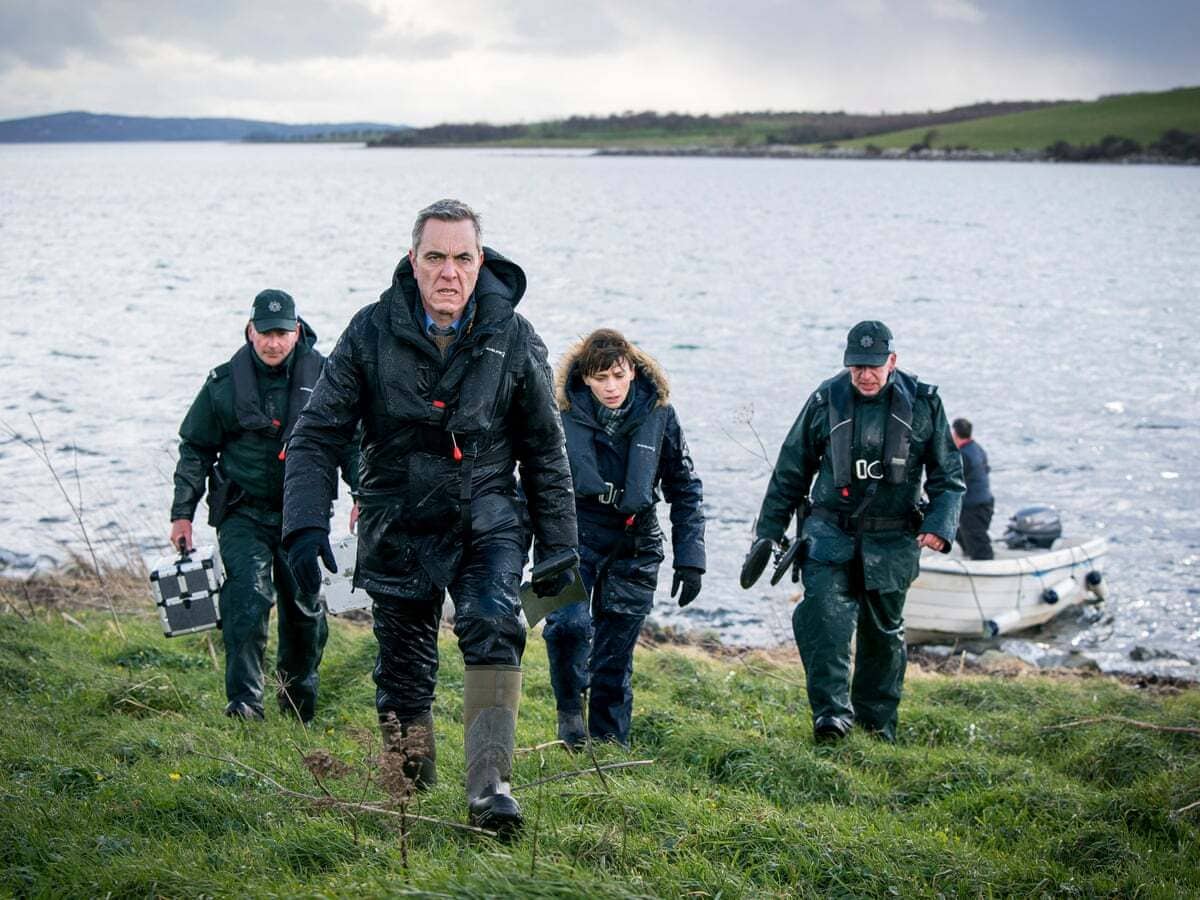 Read more: How To Write A Good Movie Review?

The ending isn’t what I expected and I felt quite frustrated with what was presented to me.

I’m glad this show has been renewed for another series because I’m not satisfied with the ending, I’ve been given.

Tom Brannick needs to be found out for what he has done and we need to know what also happened to his missing wife Emma.

Also, I am confused why DCS Jackie Twomey (Lorcan Cranitch) and DS Niamh McGovern (Charlene McKenna) didn’t go hard on Brannick as they seemed to have the mystery all figured out and make him reveal himself.

So now how long are they going to drag out this mystery which has already been solved but we are just waiting for justice?

It feels a very strange way and place to end the series, as it is a cliff-hanger of some sorts but it just feels a bit weird.

The final couple of scenes felt so rushed that they didn’t make sense and you are left wondering how the characters themselves believe what just happened.

I felt very let down with the ending as I wanted justice and I wanted to know more about what happened to Emma and where could she be.

Revealing Brannick as Goliath isn’t surprising because it is heavily implied in Episode 2.

EXPECTATIONS ARE HIGH FOR SERIES 2 TO GIVE US BETTER ANSWERS 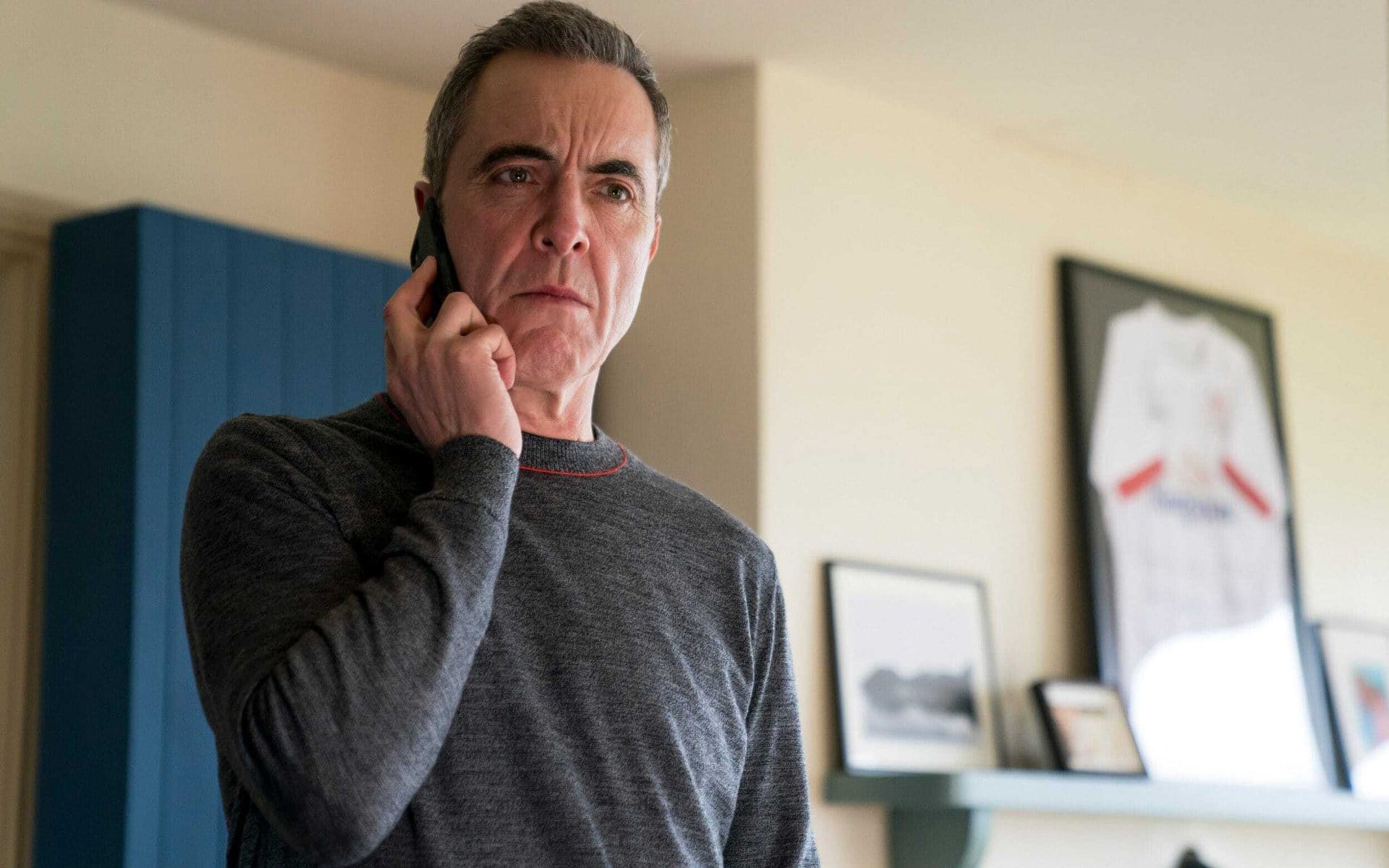 Read more: The Key Differences Between WandaVision And The Falcon And The Winter Soldier

A series that started with a lot of promise with the story and actors cast which then starts to fade away.

The first two episodes are fantastic, they build up everything perfectly and we a drawn into the mystery.

The remaining two episodes needs a lot of work.

Nesbitt’s performance is weak, his characterisation needs a lot of work and much less glaring for the second series.

I wish we had more time with McGovern played by Charlene McKenna as McGovern was a great character to watch.

Pettigrew puts on a good performance but her character seems far too oblivious to what is happening around her.

After watching this series, I am left wanting more but I want it better and a stronger storyline.

The plot gets confusing and the execution drops.

I look forward to the second series but as I want answers.