Over the past couple of weeks, the writing on Legacies has been getting better. However, I would say that this episode is a mixed bag. Suspicions arise over who or what Landon really is and Ethan takes things a bit too far. While a familiar face comes back, not in a way I expected, and I actually enjoyed seeing them for hopefully the last time!

Here’s our review of Legacies Season 3 Episode 12: SPOILERS beyond this point!

THE MASKED FIGURE IN LEGACIES SEASON 3 IS FINALLY REVEALED! 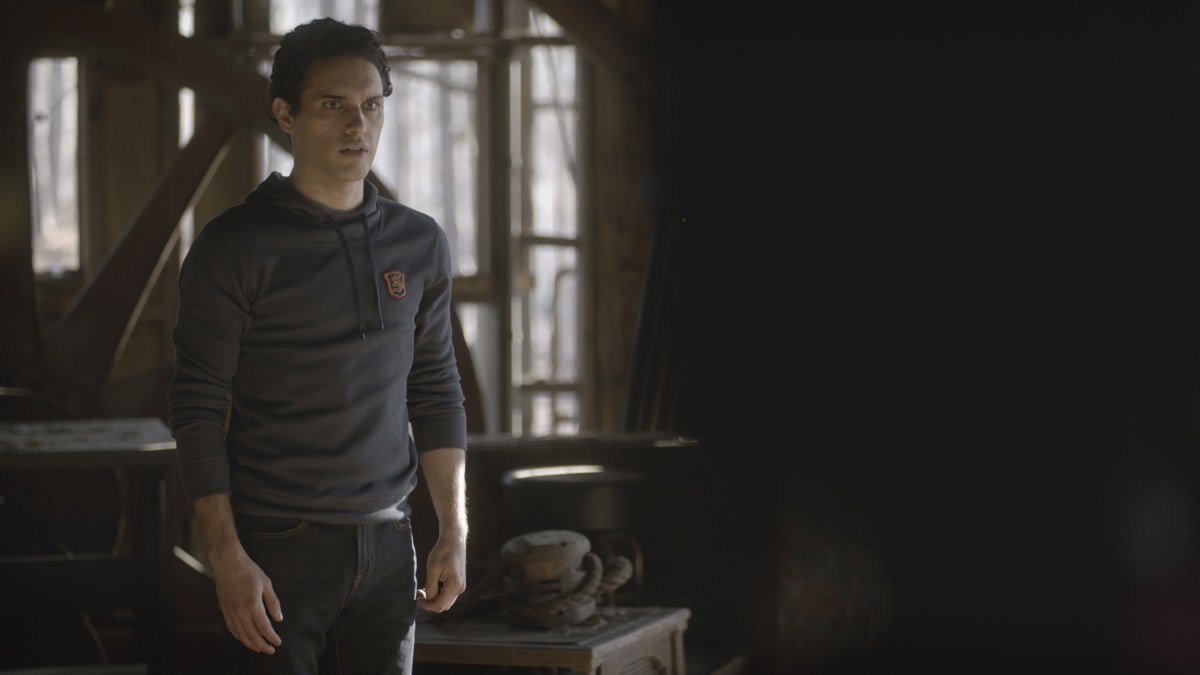 In ‘I Was Made to Love You’, Hope (Danielle Rose Russell) becomes a detective to try and find out what has happened to Landon (Aria Shahghasemi). I must say I am very tired of the saving Landon story arch which seems to be continuing season to season. However, I was quite surprised when the true revelation of who this Landon is really surprised me. Aria Shahghasemi does well with what he has been given and I have really enjoyed this other side to Landon, the one who takes no risks and is actually exciting to watch. Unfortunately, that Landon is gone.

However, the masked figure is finally unmasked. For weeks I have been hypnotising possible answers to the question: who is that? A lot of fans along with me have been guessing right. We sort of forgot about the masked figure because he didn’t appear much in the past few episodes, so his arrival to save Hope’s life is surprising. We may have said a goodbye to fake Landon but at least we got the real one back, who happens also be the masked figure. However, we aren’t getting that sweet boy back, this Landon has been through a lot so we are going to see a much tougher and stronger character which I’m looking forward to.

IS CLEO WHO WE THOUGHT SHE WAS?

This episode is all about big revelations and one I defiantly didn’t see coming was Cleo (Omono Okojie). We haven’t been told much about Cleo’s past and we have been given little hints of what she went through. Yet we have never gotten to learn the true extent. Although we have assumed that Cleo is a character we can count upon and that she is good. Discovering that Cleo comes from the ascendant was surprising because we thought she was one of the good ones yet her actions in this episode make us question: what does she know and what does she want? Cleo may still be an ally but it will be a tough battle for the school to trust her again.

Cleo not only helps create the fake perfect Landon but she is also connected to the artefact, which we are still clueless upon what its purpose is and what it does. This season it keeps being hinted that Hope isn’t a fully activated tribrid as she hasn’t unlocked her vampire side. Yet Cleo, like all us watching want Hope to be the fully functioning tribrid to fulfil her destiny. I’m hoping we get to see this soon as it is being built up slowly and it’ll be interesting to see what Hope will be like when she has possession of her vampire side.

THE BROMANCE BETWEEN MG AND ETHAN OVER FOR GOOD? 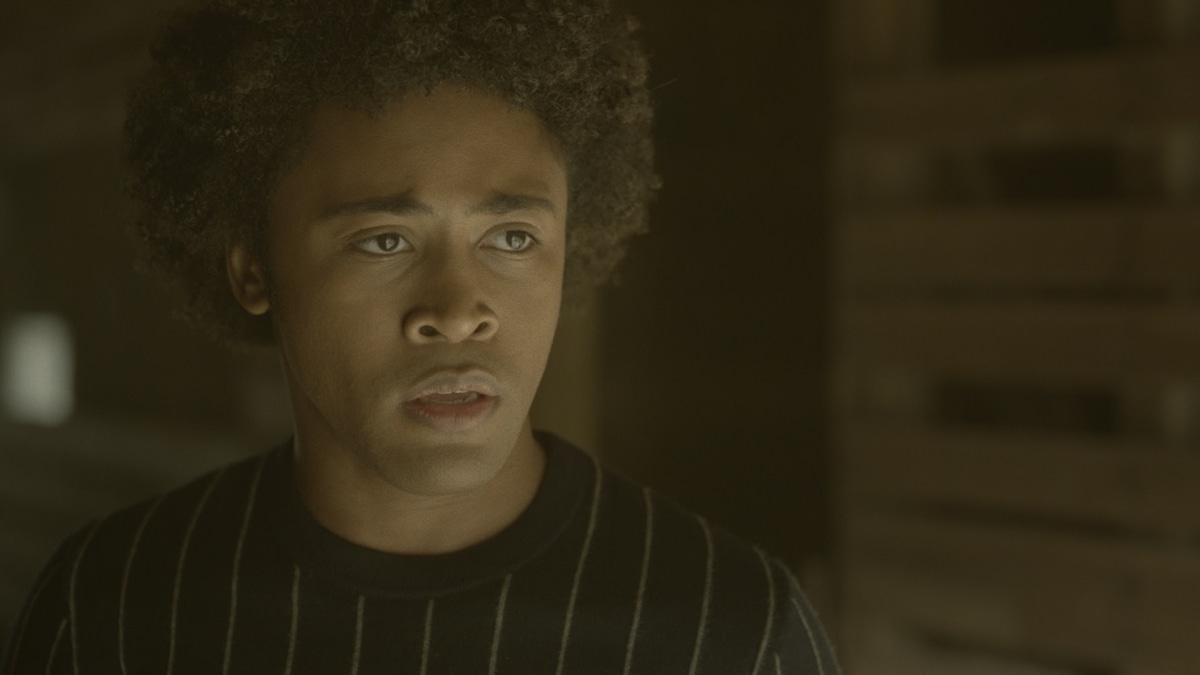 Now Ethan (Leo Howard) and MG (Quincy Fouse) had a great bromance but it was obvious Ethan was jealous that he was just a human. I didn’t really enjoy the story between those two this week and that is due to the fact it was over before it really started – there was no build-up. With that being said, we should have seen that MG would save Ethan but I didn’t see MG wiping Ethan’s memories of their friendship. I feel a bit let down that this bromance is over as it was the only thing that gave Howard screen time. Considering Howard is classed as a series regular he needs some form of storyline to be able to have that title. Fouse knows how to play his final scene with Howard well, we really relate and feel empathy for him because both of them just wanted a friend and now both are alone again.

WE SAY ONE LAST GOODBYE TO THE NECROMANCER

Have we finally said goodbye to the Necromancer? I hope so. This guy has been revived more times than the Doctor from Doctor Who. However, he came back on a very unexpected way as a human! Now I won’t lie I have become very tired of the evil Necromancer performance but what was nice is that the Necromancer got a fresh start and was actually a good person. The Necromancer, also known as Ted when human, was more enjoyable to watch. However, I don’t want to see him again as I want something new, a new villain to watch out for. Ben Geurens was good but the reappearances and certain dialogue made his character a joke to watch and his presence wasn’t entertaining to watch. At least he got to leave on a high from this episode but this better be the end.

Josie (Kaylee Bryant) and Finch (Courtney Bamdeko) make up again in this episode with both acknowledging the supernatural between them. Now both are going to enrol into the Salvatore School, I’m not sure if this is necessary because I don’t see this relationship lasting as these two characters can’t seem to communicate with one another. It is always the same cycle, they like one another, something goes wrong and they fall out and then they make up very easily. I don’t really enjoy watching this relationship at the moment. 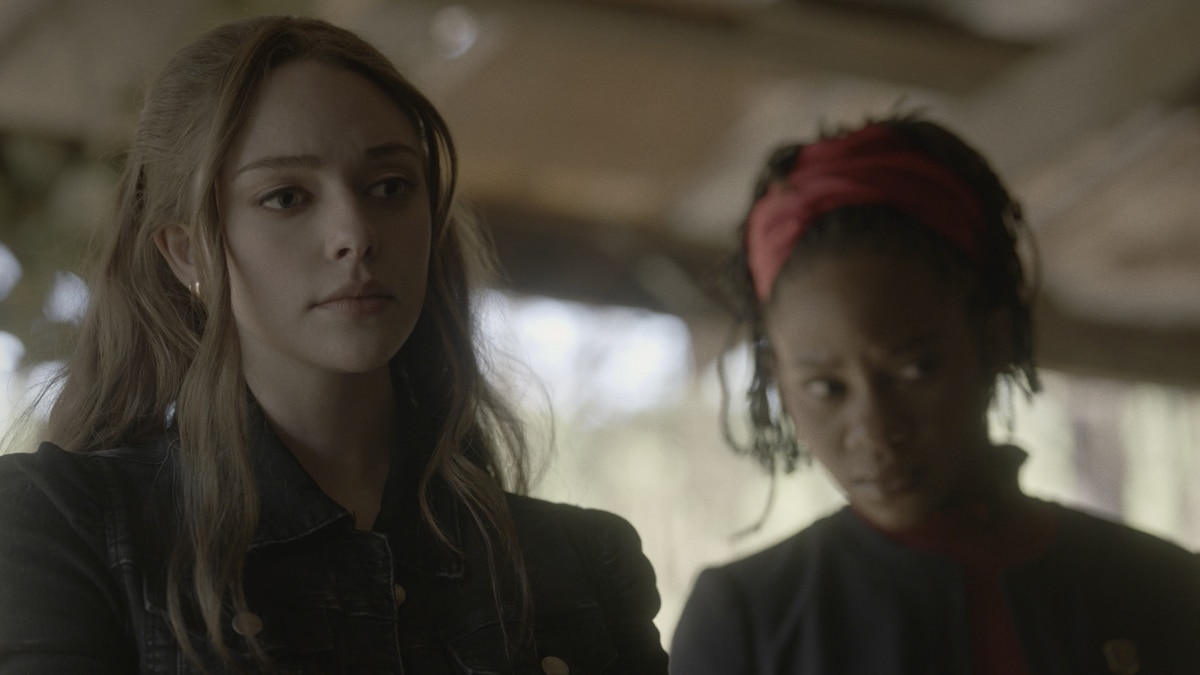 On a side note, Lizzie just ups and leaves in this episode which comes from nowhere. I understand this character is trying to better herself but it felt as if the writers couldn’t think how to have Jenny Boyd in the episode so made up a story for a reason as to why we wouldn’t see her. However, that is the issue with such a large cast that not everyone can have time but they did this for Lizzie yet why didn’t they do this for Kaleb who was also missing this week. Also, I feel bad for Ben Levin, Jed is such a joke character but he isn’t always funny. I think he is there for comedic relief but it never lands right. You may chuckle but really, you’re thinking why did he say that.

‘I Was Made to Love You’ has some highs and some lows. Overall, the discovery of the fake Landon was a nice surprise and better than it just being something to do with Malivore. The discovery of Cleo coming from the artefact and wanting Hope to live up to her potential as a tribrid, again, a nice surprise. The Necromancer coming back as Ted was a good way to close his chapter all together but I am let down that the bromance between Ethan and MG is over. These actors are good at what they do but it feels as if they are being given repetitive material so they can’t really flex their skills, but make do with what they do. There have been moments where I was shocked but nothing has taken my breathe away. I am never desperate to find out what happens next. This episode is good it just needed some fine-tuning.