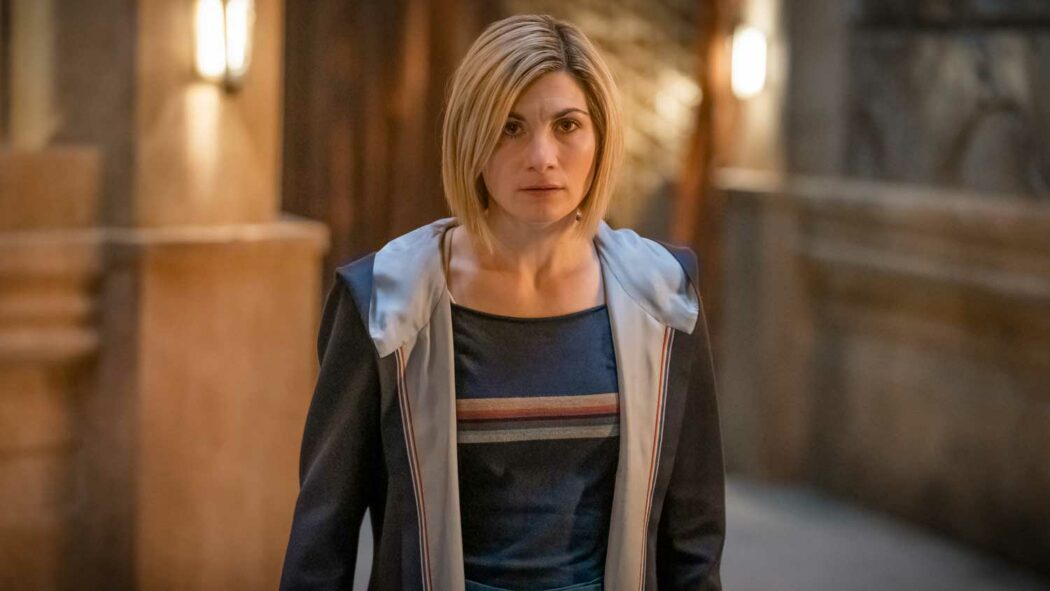 This was one messy episode and a little confusing for a while too. If you thought episode 1 of this season was messy, then welcome back to the mess with this episode. This episode of Doctor Who Flux (Season 13 Episode 3) tried to be really clever and yet it fell just a bit short. There was a complicated story that was attempted to be told and some parts worked, but compared to the previous episode, it wasn’t fully executed well.

WHO IS BEL AND WILL WE SEE HER AGAIN?

We start this episode with a woman named Bel (Thaddea Graham). She is a flux survivor and she is on the run, attempting to escape her world to find someone. Through Bel, we learn that the Daleks, Cybermen and Sontarans are all trying to take over whatever is left, so they can be rulers of the little bit of the universe that is left. It can’t be surprising that three of the Doctor’s most hated enemies are still trying to take over what is left of the universe.

Bel was an interesting character to watch, as it wasn’t until the very end of the episode, we finally saw who she is searching for. Will Bel and Vinder (Jocab Anderson) end up together in the end? I’m not sure how these two characters are connected to the main flux plot. Bell is clearly a strong and tough woman, as she manages to escape Daleks and Cybermen in this episode, all in search for Vinder. While Vinder comes across as a headstrong character, and he will try his best to find Bel. I want to know why these characters have been introduced and suddenly left.

I hope that these two characters have a real meaning in the whole plot. I think it would be interesting to see if they did find each other, but it would be a curveball if they didn’t and one of them dead. I hope something exciting happens between these characters and we get to see more of them. However, I hope it isn’t just typical, they find each other and that is it. I’d like something unexpected to happen, otherwise, it’s just a bit too predictable and then you question why these characters were introduced.

The Doctor (Jodie Whittaker) acts quick and throws herself and Dan (Dan Bishop) on the Mouri pedestals. All of them are sucked into different scenarios from their pasts. Dan is back on Earth, surrounded by those swirls of blue smoke, while he talks to Diane about his past. When he starts to become self-aware, he’s thrown back to Edge Hill in the past. I wonder if we will get an episode explaining what is happening there, because at the moment we keep seeing little snippets yet none of it makes sense. It is clear that Dan has strong feelings for Diane, yet it was interesting to learn a little bit about his past. Bishop has fit in so well with the cast. I am really enjoying watching him on our screen. I am curious to know what has happened to Dan’s parents that we met in the previous episode.

YAZ IS BEING STALKED BY A WEEPING ANGEL! 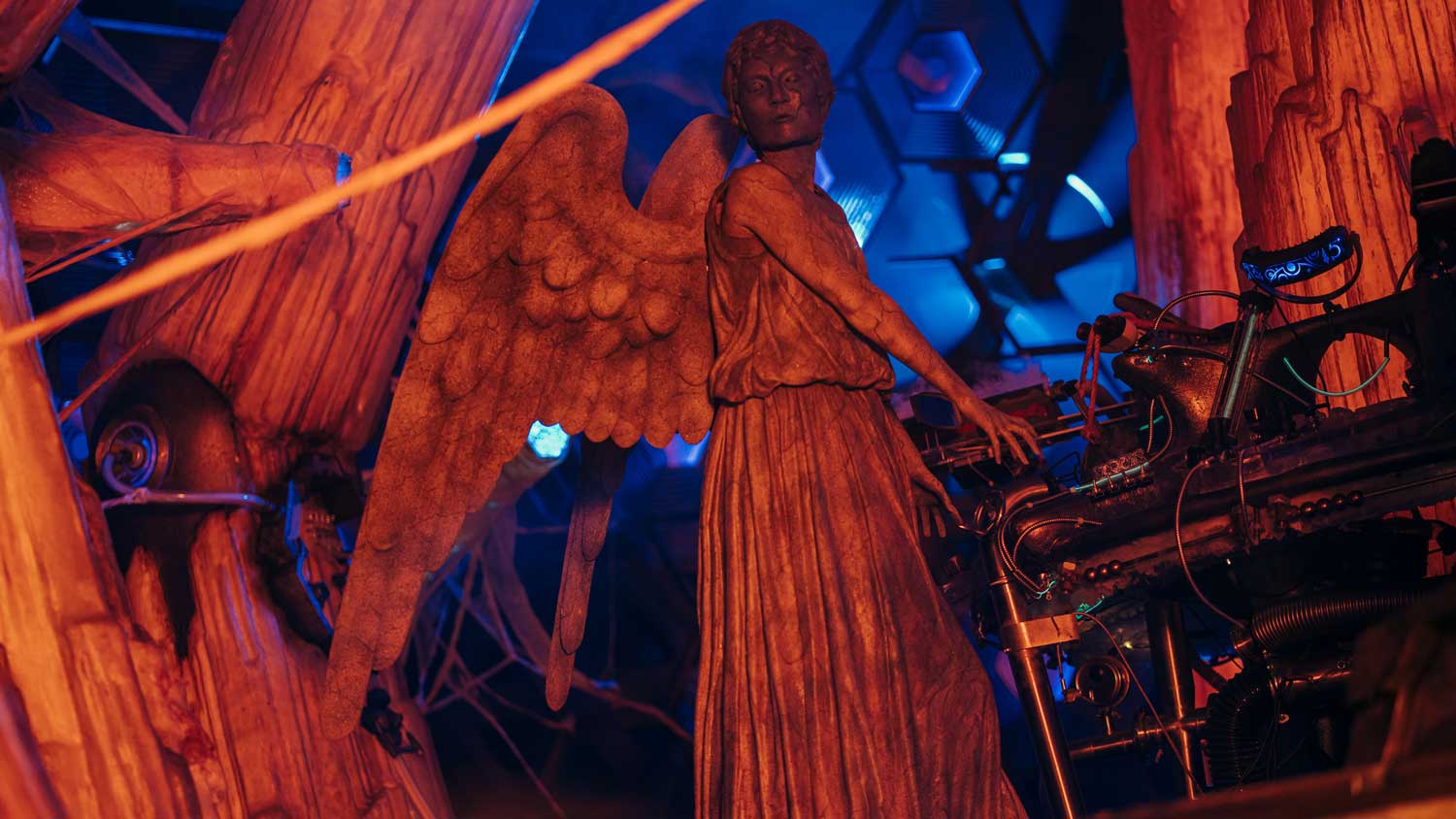 While Dan is back on Earth, so is Yaz (Mandip Gill). Yet Yaz is back as a police officer and a weeping angel is stalking her. This gives me huge Amy Ponds, as a weeping angel stalked Amy when she was walking through the Byzantium ship. Weeping Angels must be thriving with this plot because they can mess with time, which is their favourite thing to do.

Back with Yaz, since we have met her, I’ve wanted to know this character better. This episode could have been a great chance for us to learn more about her and her past. However, that didn’t happen and really, we didn’t spend that much time with Yaz. It feels like a missed opportunity. I liked the part where the Doctor told Yaz she could even see her future, so why didn’t we. I would have enjoyed seeing some of Yaz’s future and maybe understands this character better. The sister banter was good but really the Yaz timeline scenes felt a bit of a let-down.

VINDER WAS EXILED IN DOCTOR WHO FLUX EPISODE 3

It’s interesting that we got more of an insight and character development that we meet only two episodes ago, compared to a character we have known for a couple of years. Vinder’s scenes were really interesting and it was great to see why he was at that outpost in the first episode. He was actually exiled. Vinder is just a good person and he wants to do the right thing. I feel like he and Dan would make a great duo.

THE FUGITIVE DOCTOR IS BACK! 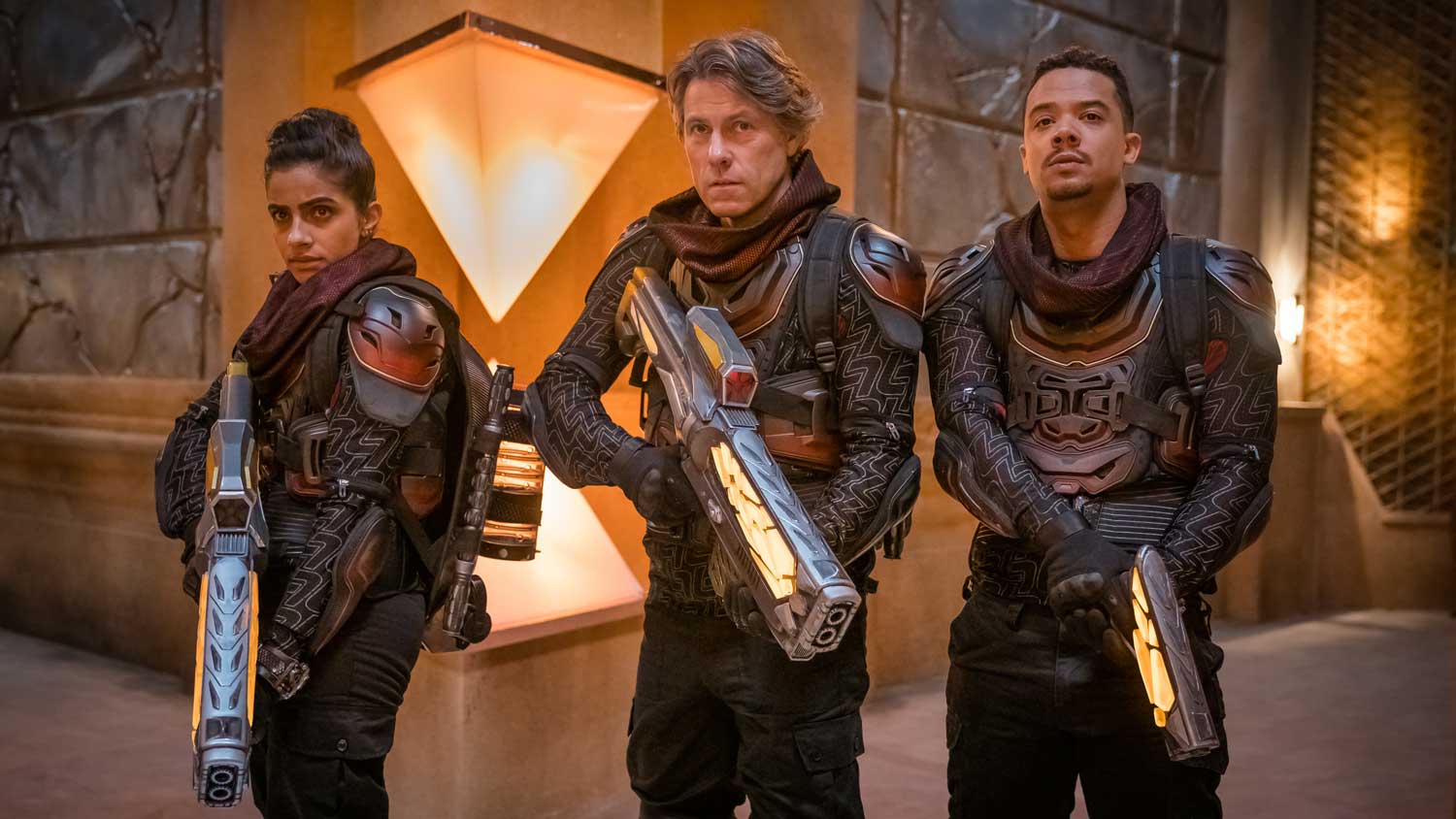 Who thought we would be seeing the Fugitive Doctor (Jo Martin) in this episode? It makes sense, that we don’t know anything about her, the Doctor doesn’t remember being them, so this could all be linked to the flux. It was a great reveal and I thoroughly enjoyed it. I also loved the fact that Dan was playing the part of Karvanista. I thought that was a clever and funny thing to do. The Doctor not only sees the Fugitive Doctor dealing with Swarm (Sam Spruell) and Azure (Rochenda Sandall) in the temple like she is now. It’s like history is repeating itself, but this time things are a lot more extreme.

Not only does the Doctor see this memory, but we also come across a strange old woman who appears to know what’s going on. She mentions that the Flux event was planned and that the Doctor apparently caused all of this. However, before we can learn anymore, the Doctor and all her friends are thrown out. This episode has really changed the Doctor, there is a new anger there. She is angry that she can’t remember every part of her past. She craves to know who she is and she almost got the answer.

THIS WAS ALL PART OF SWARM AND AZURE’S PLAN?

We end this episode with Swarm and Azure happy as they knew the Doctor would fix everything, so what was the point? We learnt so much about certain characters in this episode and the mystery of who the Doctor has just deepened. Many critics have disliked the Timeless Child story, yet it makes this show interesting, as we just want to know just like she does who she is. As the credits roll, a Weeping Angel takes control of the Tardis. This did feel like a very messy episode and some elements could have been better. This episode was good, but I wish we got a little more character development in some places. However, I’m looking forward to seeing what chaos the Weeping Angels are going to bring in the next episode.