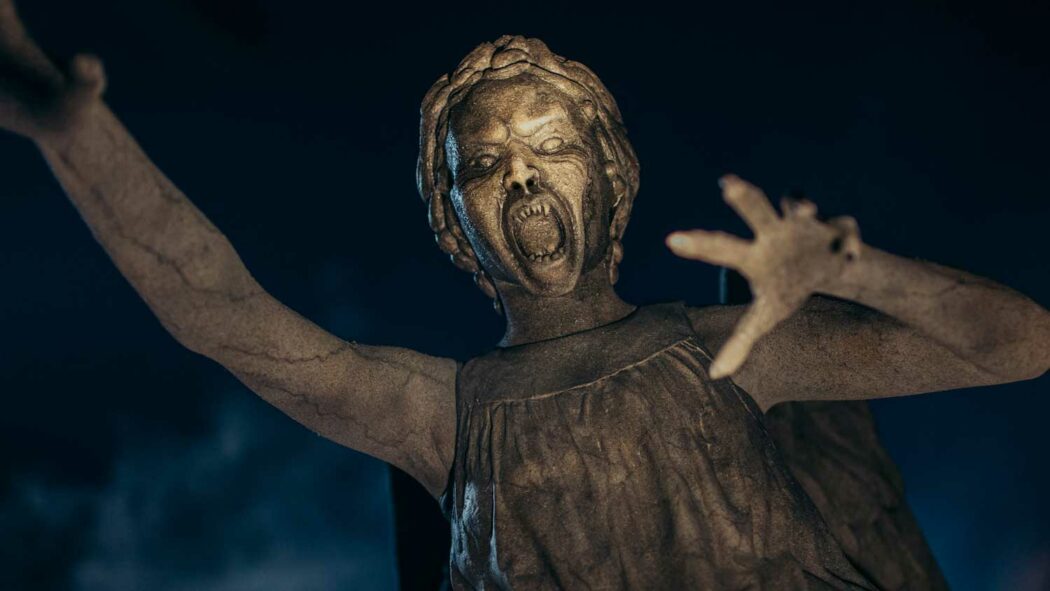 Could this go down as one of the greatest Weeping Angel episodes of all time? I think it could be up there. We got left on a huge cliff-hanger and this episode was all about the horror/thriller vibes. Doctor Who Flux Season 13 Episode 4 showcases how clever this season is being and how scary these foes really are.

WATCHING A CHARACTER TURN INTO AN WEEPING ANGEL WAS A JAW-DROPPING MOMENT!

Read more: Marvel Studios May Show Us What Happened To Captain America In His Alternate Timeline

This episode is all about the Weeping Angels and we see how deadly they can be. However, Chris Chibnall has somehow made the Weeping Angels even more dangerous than they were before. A rogue angel, who can talk. A twist I didn’t see coming but it was really interesting to watch. We know since the Steven Moffatt era that anything that holds the image of an angel can become one. Alongside that, we have seen humans have an angel host like Amy did. However, thankfully Amy managed to stop the transition, in this episode we saw what would have happened to her if the Doctor didn’t save her. Let’s be honest, no one was expecting to see anyone turn into a Weeping Angel with this episode and yet when it happened it was a jaw-dropping moment!

With Weeping Angels, you know to expect jump scares and there were a few. The jump scares worked well and there were some other surprises that I didn’t expect. However, having the episode set in a cursed village in Devon, anything could have happened especially with the flux as well destroying time. In this episode of Doctor Who Flux, we saw that this tiny cursed town had been quantum-extracted into space, as the angels hunt down the rogue angel.

Doctor Who Flux Episode 4 introduced The Division – WHO ARE THEY?

The main focus of this episode was the angels and they did a splendid job, however, the Division is spoken about a lot. The rogue Weeping Angel gave us a great warning about the Division: “Division uses everything and everyone. Every species. Every world. Every moment. They are everywhere. Present and unseen. Division is unstoppable.” Therefore, can we now assume that the Doctor is up against Swarm and Azure and the Division?

I really like the concept of the Division; it just makes the Doctor’s past so much more interesting and exciting. Fans love the Fugitive Doctor it would be great to see more of her adventures. However, in the previous episode, we got to see that the Fugitive Doctor and Karnavista were two of the Division operatives who took part in the battle of Atropos. We know that Dan took the part of Karnavista, so who was Yaz (Mandip Gill) and Vinder (Jacob Anderson) representing? I’m really curious to know who the other two people were and maybe they are people we are yet to meet or we have met before. No one knows, but I’d love to find out.

PEGGY HAS SEEN ALL OF THIS HAPPEN BEFORE 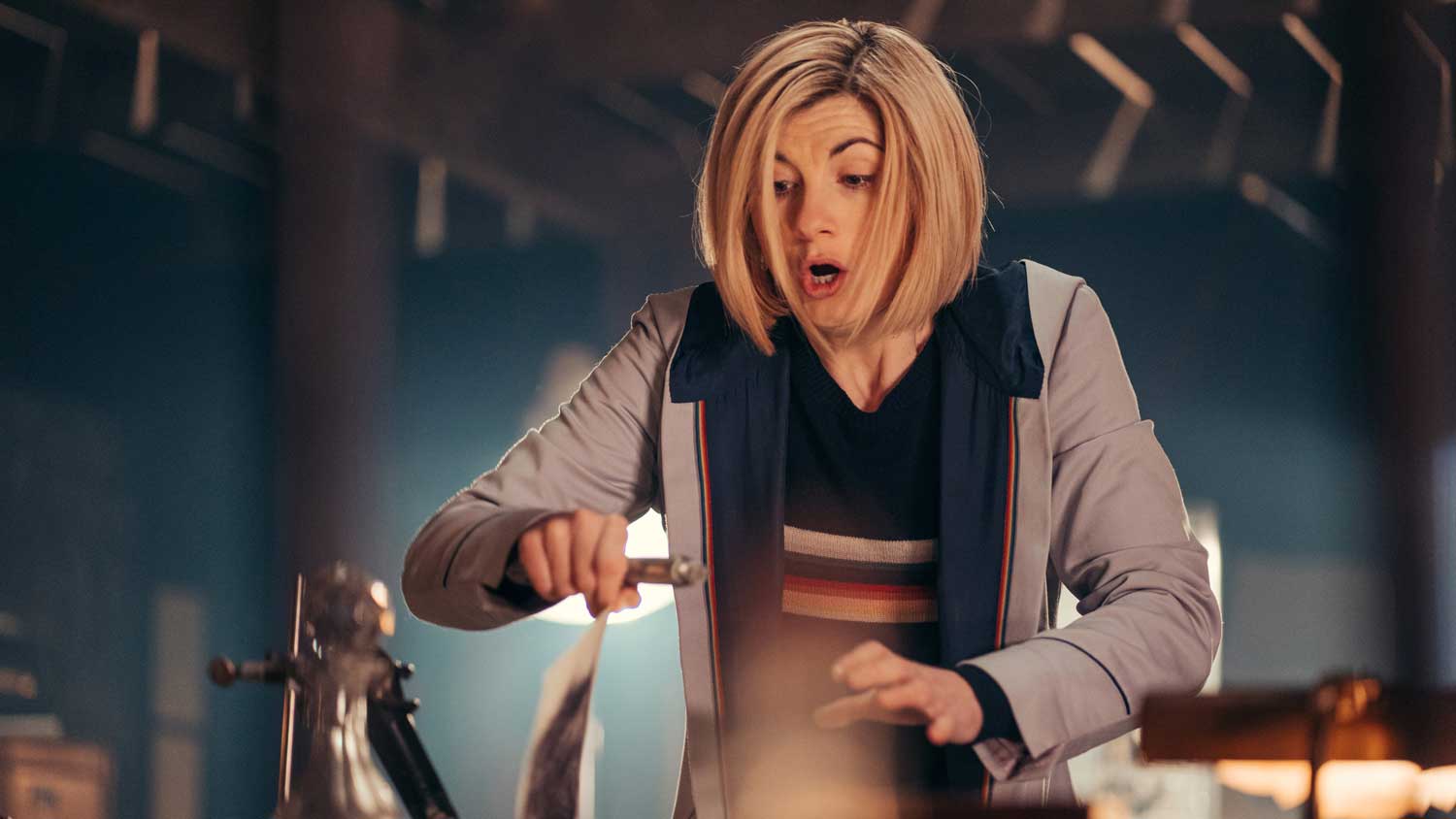 Now, this episode isn’t all about the Weeping Angels and the Division. It was a little predictable but I still liked it, that Peggy was involved throughout the episode. In a sense, she was taken back to 1901 as a child in this episode, but she was also still running around as an older woman in 1967. Peggy returned to her village to warn everyone, but no one would listen to her. It was quite a dark moment when Peggy had to watch her, elderly guardians die twice. She watched them get sent back to 1901 and in 1901 she watched them die. This was a very dark moment, and only looking back do you see how sad and dark that little sequence really is.

Poppy Polivnick as young Peggy did a really great job and I enjoyed the conversation between young and old Peggy by Penelope McGhie. McGhie brought a lot of fear and emotion to that moment and it worked really well. Alongside this, Annabel Scholey as Claire was fabulous in this episode. We met Claire in the first episode of this season and we were all confused about what she was talking about and then we saw her get taken away by the angel, that we now know is the rogue angel. The opening sequence between Scholey and Kevin McNally as Prof Eustacius Jericho, the scientist and war veteran were fabulous and really set up the tone for the episode. I do wonder if we will see Scholey again because she was great. However, if the rogue angel doesn’t get out of her then will she turn into an angel too?

WHAT WILL HAPPEN TO THE DOCTOR’S FRIENDS NOW?

We can’t forget about the Doctor’s friends either. Well, Dan (John Bishop) and Yaz spend most of this episode in 1901. They did their best to try and understand what was going on and they hope that the Doctor will come and get them. The reality of life with the Doctor truly sets in at the end of the episode, she can’t always save you.

Also, we got to see Vinder and Bel (Thaddea Graham) once again which was nice. It’s quite sweet that Vinder is somehow finding his way to Bell, who manages to leave him a message and yet in that message she still can’t tell him where she is going. Surely that would be the first thing you’d say? Either way, a lot of fans are speculating what is the importance of these characters. Maybe they will find a way to help the Doctor at the end or is it something to do with their unborn child. I’m liking the mystery of the significance of these characters, and both actors are really great in these roles as well.

THE VILLAGE OF THE ANGELS GIVES YOU EVERYTHING THAT YOU WANT 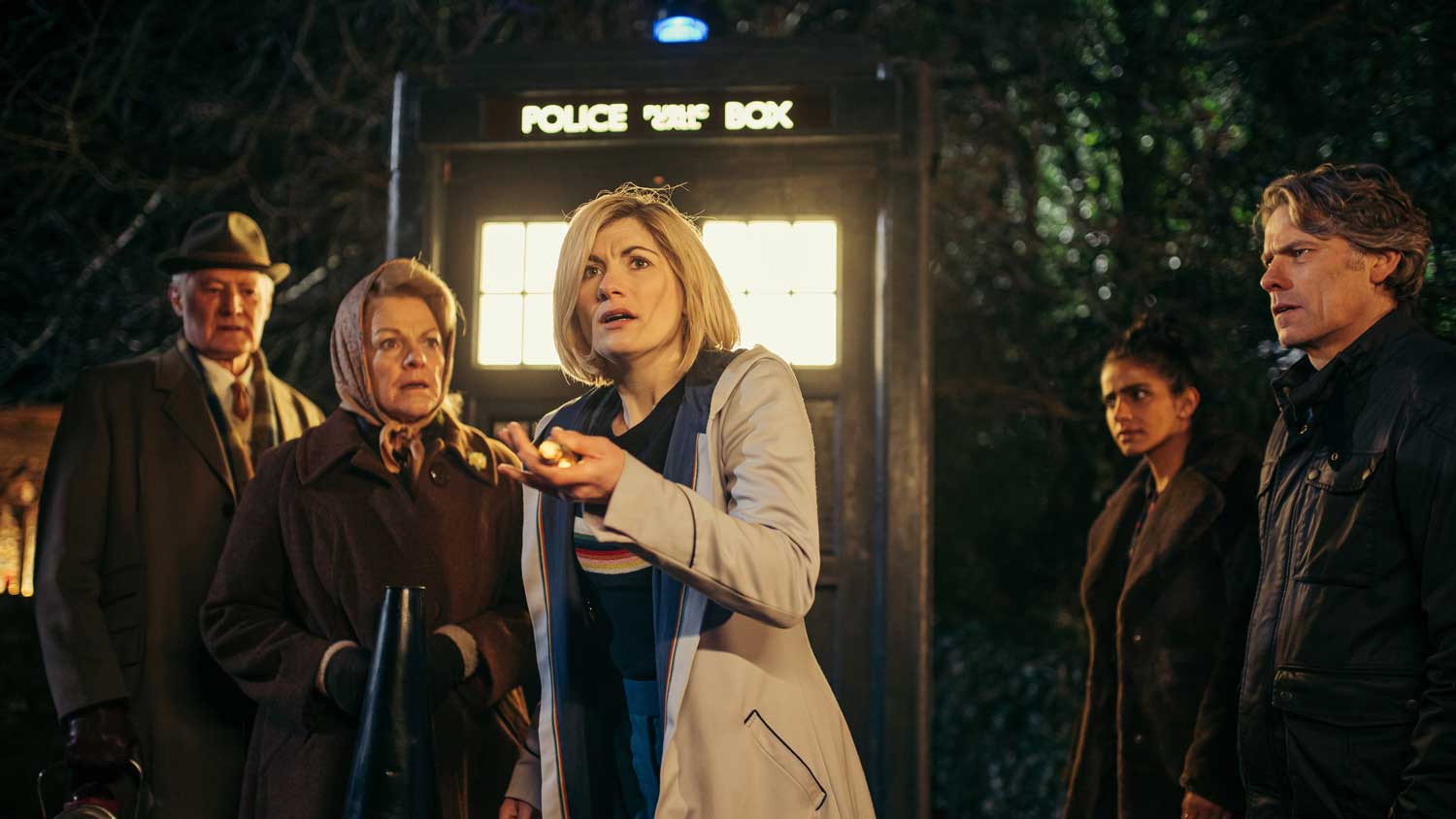 This was a fabulous episode and the best one of the season so far. I would go to say that this is one of Chibnall’s best episodes of his Doctor Who career. It just has everything that you want. Some of the special effects looked a bit out of place, but that is the only real flaw I can find with this episode. I feel like this will go down as one of the best Weeping Angel episodes, alongside Blink. A true horror episode with a shocking cliff-hanger and a lot of mysteries, what more could you want?