Do You Have A Dark Sense Of Humour? Then Check Out These TV Shows

Dark humour comedy has dominated worldwide television for years; the genre expertly brings together thematic elements that convey discomfort along with comedy to create something that is more palatable and less predictable. TV shows like Bojack Horseman, The Addams Family, and It’s Always Sunny in Philadelphia have aced this subgenre, creating a gloomy-but-enticing balance that drew in a large and eager audience.

This type of comedy brings light and humour to the most unimaginable or traumatic situations, opening the comedic genre up to tacking various taboo and serious matters. Now more than ever, there’s a dire need for television shows that deliver glimmers of hope and laughter while refusing to place rose-coloured glasses on its audience member. This has been the year to turn even the most even the most idealist of people into cynics. Here is a judgement-free list of bingeable television shows that will satisfy your dark or strange sense of humour. 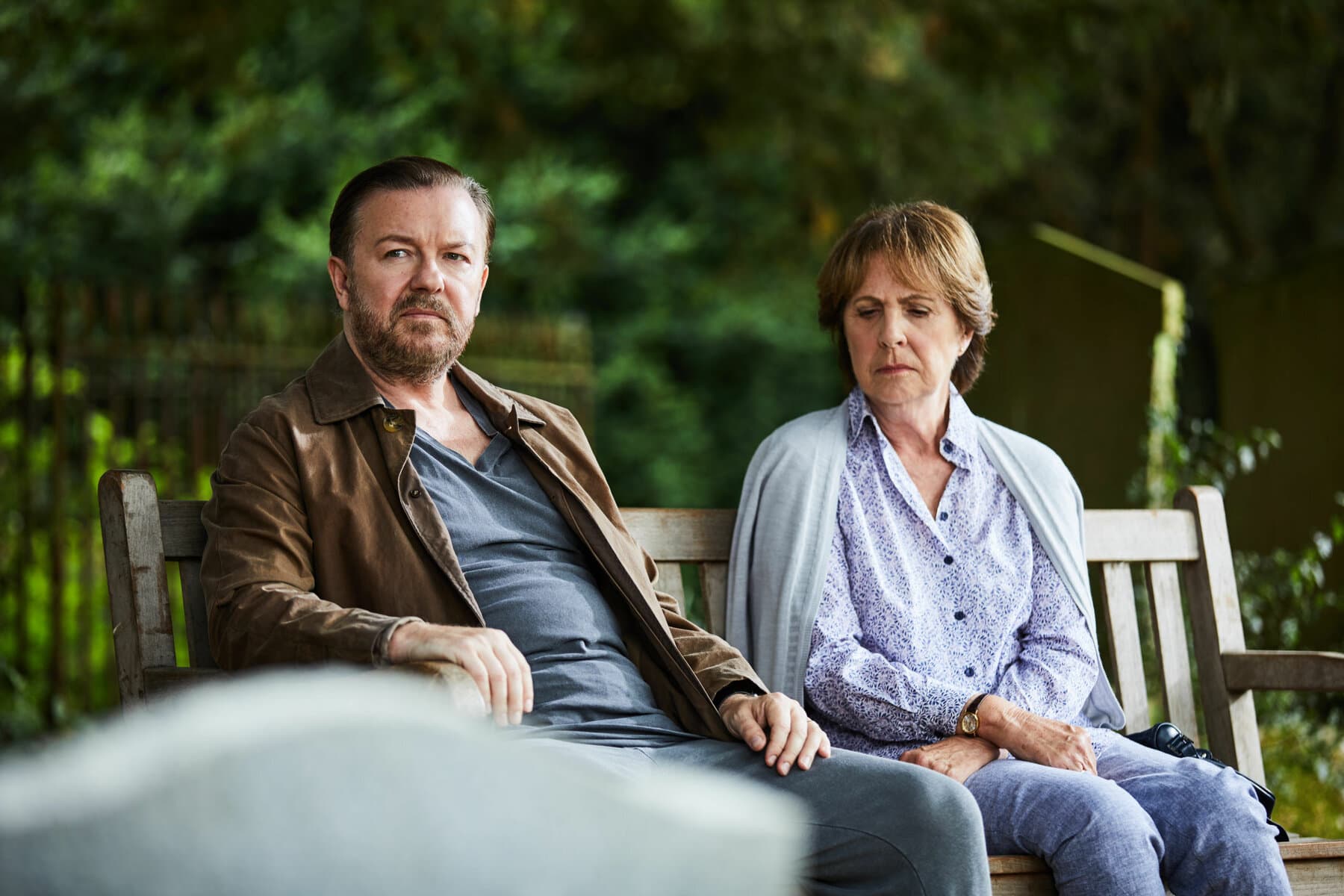 Read More: Here Are The Best Films Made About Journalism

After Life is a Netflix series created by Ricky Gervais, the mastermind behind the British television series The Office. In this show, Gervais plays a recently widowed small-town journalist Tony Johnson. While grieving over the loss of his wife, he decides to live his life with no consequences. However, not in the sense that he’s accomplishing cool things and going on crazy adventures, but rather, he transforms himself into a living zombie. Tony belittles the people in his life, including his long-time work colleague and his boss, who is also his grieving brother-in-law. This mindset causes his life to grow increasingly unhinged and eventually, he decides to make the changes in his life needed to properly cope and move on. After Life is painfully devastating to watch as you are given a front-row seat to Tony’s suicidal ideation and self-destructive spiral, however, it is juxtaposed geniusly by the silly antics of the aggressive townies who are desperate to get into the local news and Gervais’ unapologetic and genuine script. 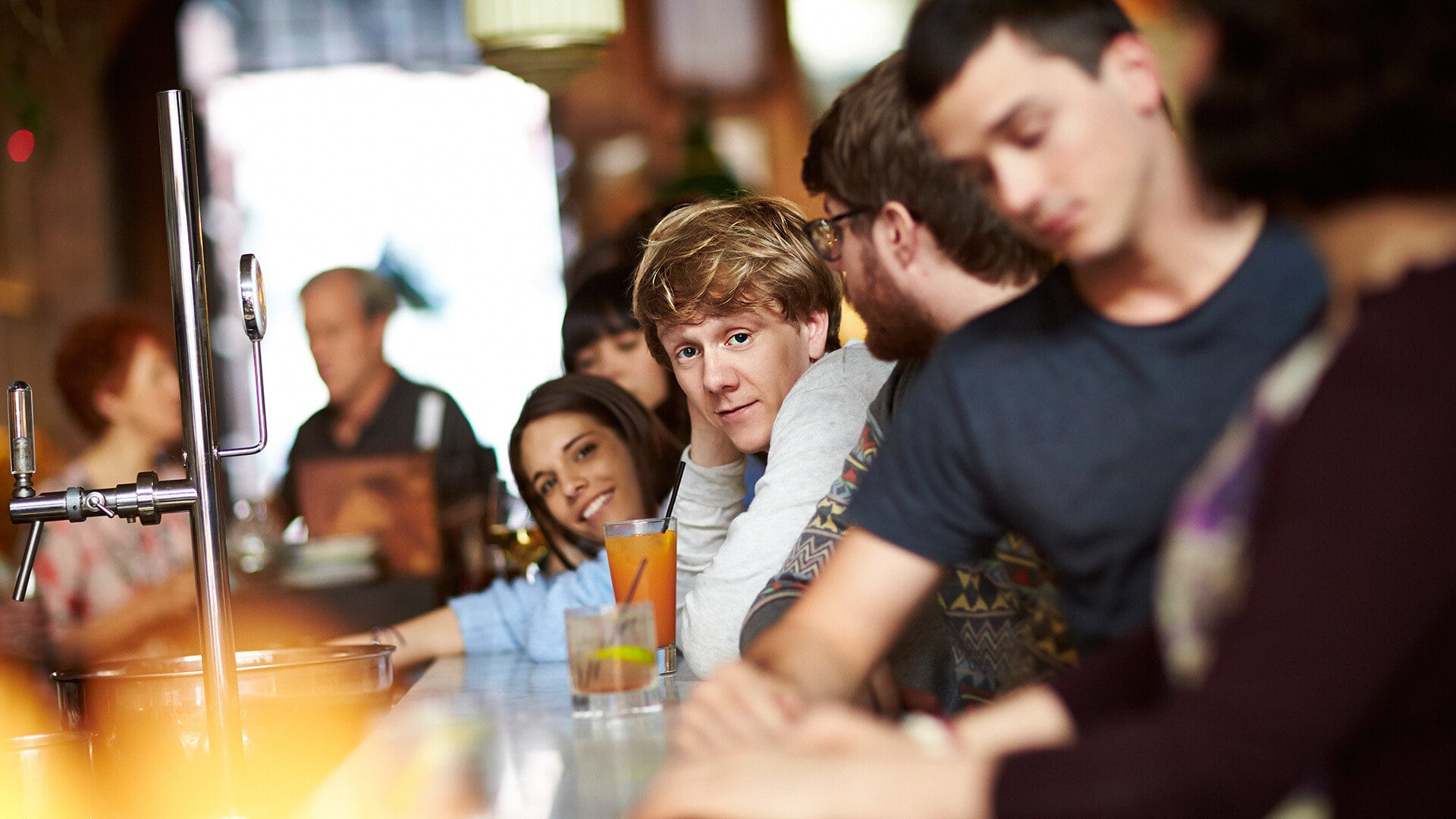 Conceived by Australian comedian Josh Thomas, Please Like Me and Everything’s Gonna Be Okay are both very heartfelt and authentic contributions to the comedy genre. Please Like Me delivered a realistic take on grief, mental illness, and self-discovery. It is a slice-of-life drama, following around Josh (played by Josh Thomas) as he explores his sexuality and is forced to cope with his mom’s suicide attempt, all while managing the trials and tribulations of being a university-aged young adult. Thomas doesn’t force anybody to like any of the characters, they are all flawed and awkward in their own ways, and they use humour to deflect from the very serious situations they encounter. Everything’s Gonna Okay takes the best elements of Please Like Me but uses them to create an entirely different show. It follows Nicholas (played by Josh Thomas), a young adult who accepts custody of his two younger half-siblings after his partially-estranged father passes away from cancer. The show is refreshingly diverse and is one of the few shows that features an autistic actor (Kayla Cromer) playing a main character. While much less “dark” than the others, this show doesn’t shy away from honest and gut-wrenching situations as the family struggles to address how loss has complicated their already-complicated family dynamics. Both of these shows manage to pack in the charm and emotional journey of life without trying too hard, they are both special gifts that Josh Thomas has graciously bestowed on the world.

(I cannot recommend Please Like Me enough, it even sits on Rotten Tomatoes at a 100% critic approval. It is a serious must-watch.) 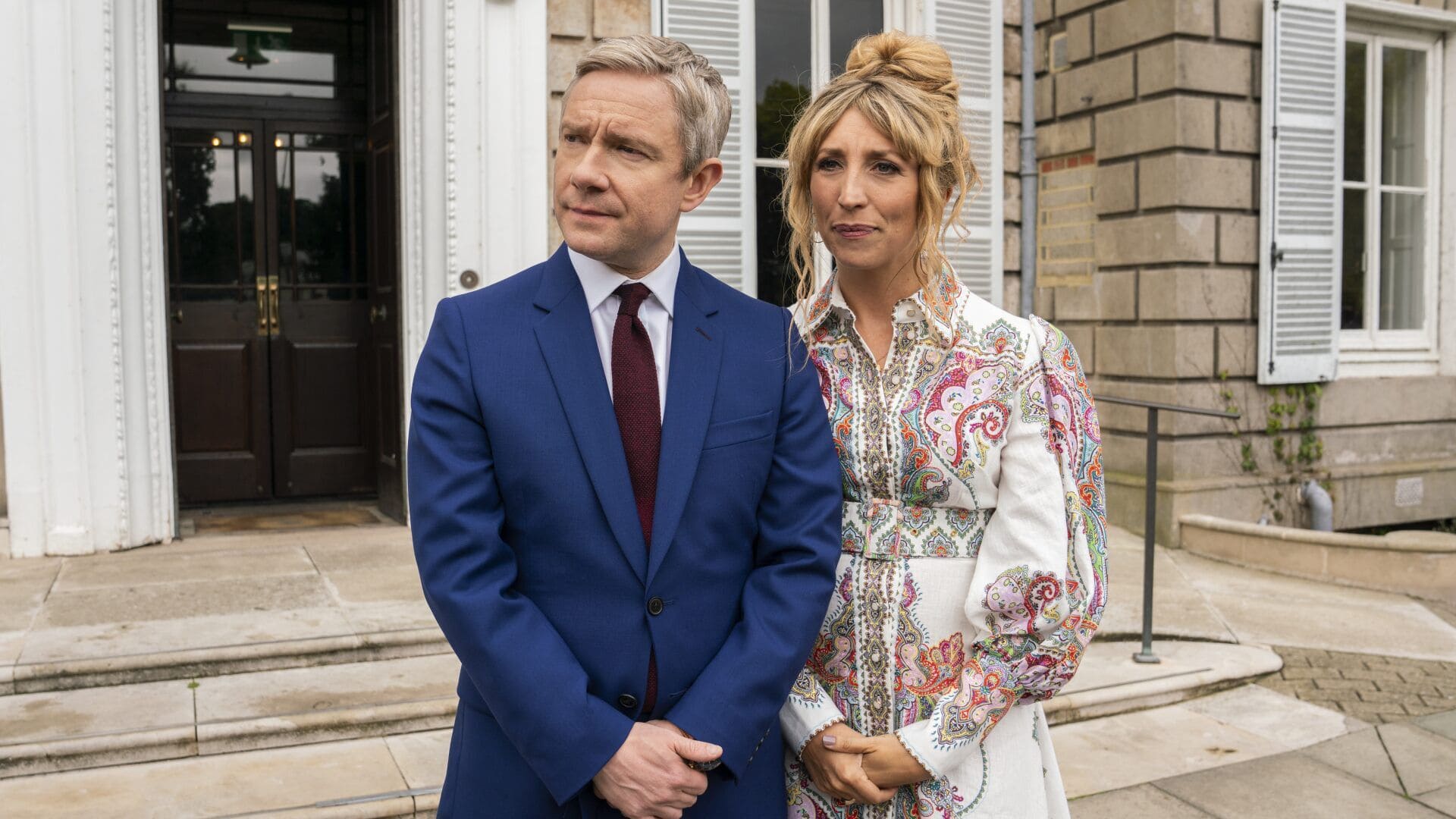 A hidden gem of 2020 releases, Breeders is an FX/Sky One British-American series created by and starring Sherlock’s Martin Freeman. The show explores themes of multi-generational irresponsible parenting and general feelings of inadequacy as the audience grows to know the Worsley family on a personal level. Paul (Martin Freeman) and Ally (Daisy Haggard) have two elementary-aged children of contrasting personalities; their 7-year-old son Luke is tentative and scared of everything and his high-spirited and bold sister Ava always sits around with a menacing look on her face. The four of them create a gritty and slightly unstable family while the parents balance their fulltime and demanding careers and the kids’ struggle with the aggressive and inconsistent home environment created by their short-tempered father and their work-focused mother. Freeman’s awkward mannerisms, overcompensating “wise-guy” attitude, and tongue-in-cheek humour saves this show from bordering into an irredeemably sad drama. 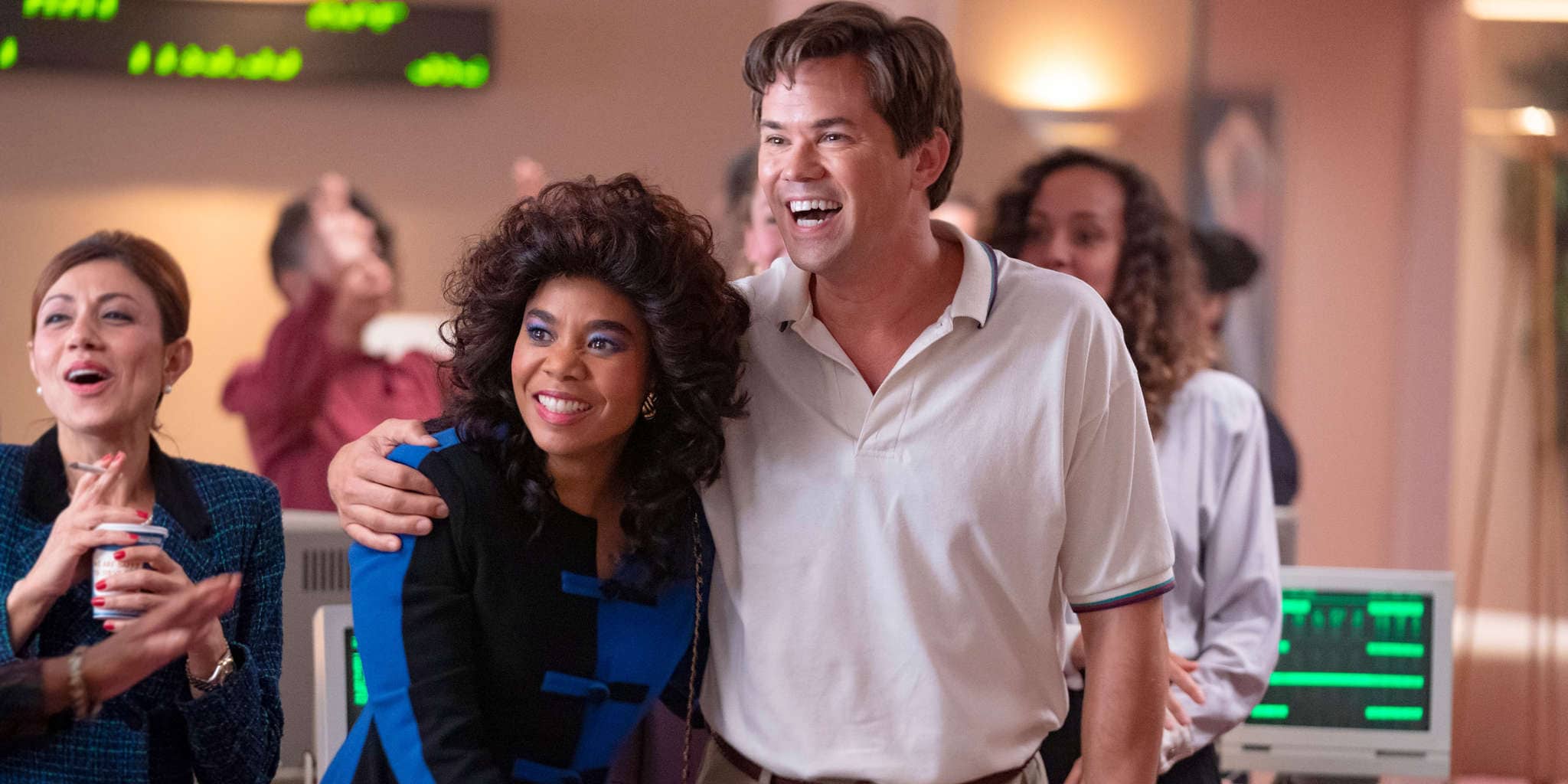 Starring Don Cheadle, Andrew Rannells, and Regina Hall comes Black Monday, a period piece starring on Showtime about the stock market crash of 1987. The show is hilarious and fast-paced, not hesitating to delve into questionable morals and shady businessmen. It is a true satire about a very devastating and tragic moment in time, however, it loses itself in exaggerated 80’s pop culture and glam and flashy, unlikable stockbrokers. Black Monday manages to tease rich, heartless bureaucratic workers while also their audience invested in their disastrous lives by offering cliffhanger after cliffhanger and endless “laugh out loud” moments. 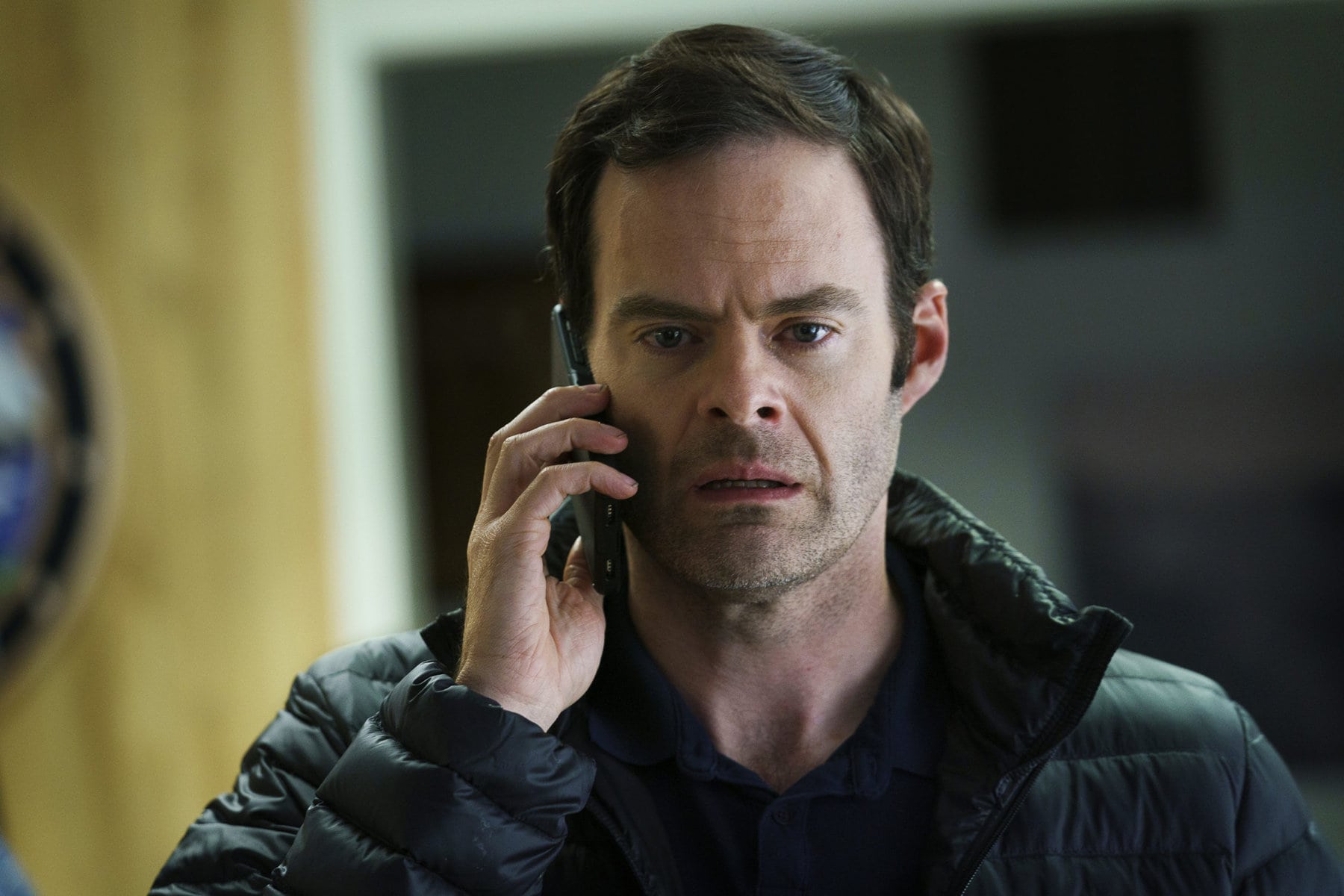 Starring and co-created by Bill Hader, Barry tells the story of an Ohioan hitman who finds friendship and support in an Los Angeles theatre community after travelling to the city to complete a kill assignment. Barry follows the titular character (played by Bill Hader) as he struggles to balance the polar-opposites of his double life; he continues to take acting classes. He finds himself aspiring to be an actor, however, he is stuck in the unspoken contract that one finds themself in when they conduct illegal and violent business. This HBO show is an utter standout with its speedy comedic timing and dangerously raw plotlines.

What do you make of this feature? Are there any TV shows with a dark sense of humour that you like the sound of in this article? Let us know your thoughts in the comments below.