When Could The Sandman Be Released On Netflix?

The Sandman is coming to Netflix, but we still don’t know when its release date could be, which is slightly exasperating.

However, given the fact that we know the show’s been in development for quite some time now, and the fact that the show’s cast is slowly being revealed, we can start to come up with an idea of when this show will be released.

It was revealed last week that the likes of Jenna Coleman, Stephen Fry, Patton Oswalt and David Thewlis have all be cast in the series.

Who’s in Netflix’s The Sandman? 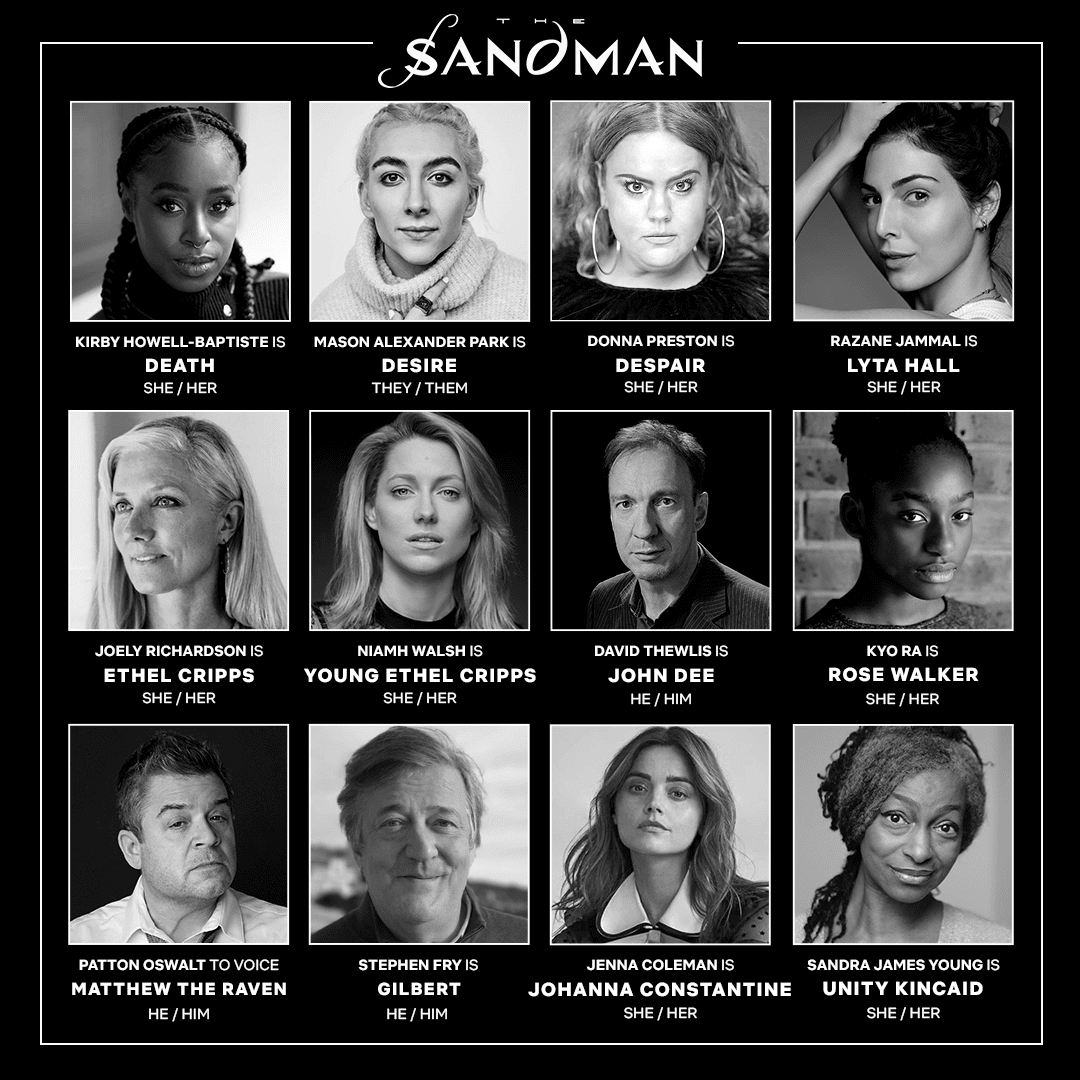 Here’s a full breakdown of The Sandman’s whole cast and the character’s they’re playing:

How involved is Neil Gaiman in The Sandman series?

There. A whole set of tweets written just before bed and set to go out when I'm fast asleep. I'm vaguely worried that I've mistimed them, but too late now. Here are the first seven members of the #Sandman cast to be announced officially. Seven down, hundreds to go. pic.twitter.com/DksGLyMkBf

Read more: Neil Gaiman Says He’s Proud Of The Sandman Series Which Is Coming To Netflix

One of the questions I hear a lot in reference to Netflix’s The Sandman is how involved is Neil Gaiman really?

The short answer to that question is a lot.

He’s very much involved with everything to do with this series.

When they announce new cast members, most of the announcement is written by Gaiman himself.

He also revealed that he was part of the decisions in casting.

Gaiman also revealed that he’s been watching new episodes of the show weekly and is constantly asked for his input.

He’s an executive producer on the show, and is a very active one.

Gaiman also oversaw the scripts, so he’s very much at the heart of this series.

When will The Sandman be released on Netflix?

I'm hoping we can make something on television that feels as personal and true as the best of the Sandman comics did. Just set thirty years later than Sandman the comic. https://t.co/Wy8y4aDbdE

And the moment you’re all here for – I hope. The Sandman’s release date on Netflix.

Well, this is something that Netflix and Neil Gaiman are keeping very close to their chests.

I’ve reached out to representatives at Netflix and asked them about the show’s release date.

I’ve just been offered “no comment” answers in response, which is annoying but not unexpected.

I will keep on pestering people until I get a response.

What I can offer you is my best guess based on where the project is currently and when Netflix might like to release the series.

The first thing is that I think Netflix will want to hold off on releasing the show until 2022.

Given the sheer number of Netflix originals that are coming out towards the end of 2021, I do not think they’ll want to add The Sandman into the mix.

This is going to be a pretty huge show for them, and they’ll want to give it room to breathe.

Could Netflix’s The Sandman be released in 2022?

Read more: Neil Gaiman Reveals Lucifer Ending After Season 5 Is Not Due To Netflix’s Sandman Series

The end of 2021 has the likes of The Witcher Season 2, Money Heist Season 5 Part 2, Locke And Key Season 2 and Bridgerton Season 2 all coming out.

I do not believe that they’ll want any of those shows getting in the way of The Sandman’s potential numbers.

I’m not going to put my neck on the line and say that it’s definitely coming out then.

It’s just the time that would make the most sense.

They are currently filming the show as we speak – which according to Neil Gaiman will be ten episodes, plus one (his words, not mine).

I think the show should be finished filming relatively soon, and will then get about sixth months in post-production.

Are you looking forward to watching The Sandman when it finally lands on Netflix?