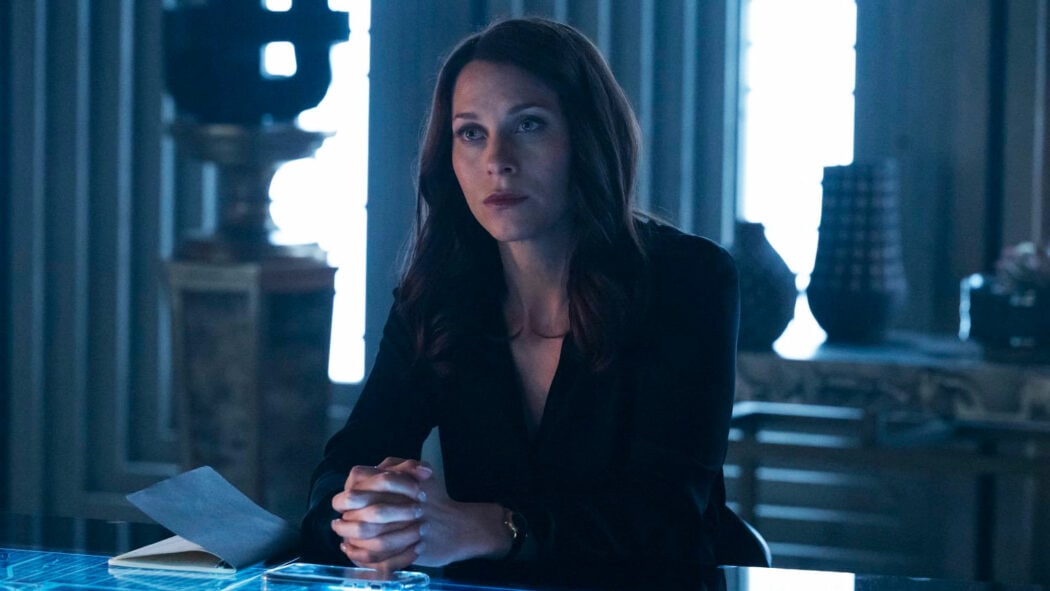 We are now back in the action with this episode of Titans Season 3 (Episode 6) and we get a deeper insight into Dick and Barbara’s relationship.

This episode is up and down, with Dick and Barbara’s relationship, fighting for screen time with Tori and Blackfire.

It’s an interesting episode, with some great plot points and character development, but did feel choppy in places.

WE FINALLY LEARN ABOUT DICK AND BARBARA’S PAST RELATIONSHIP 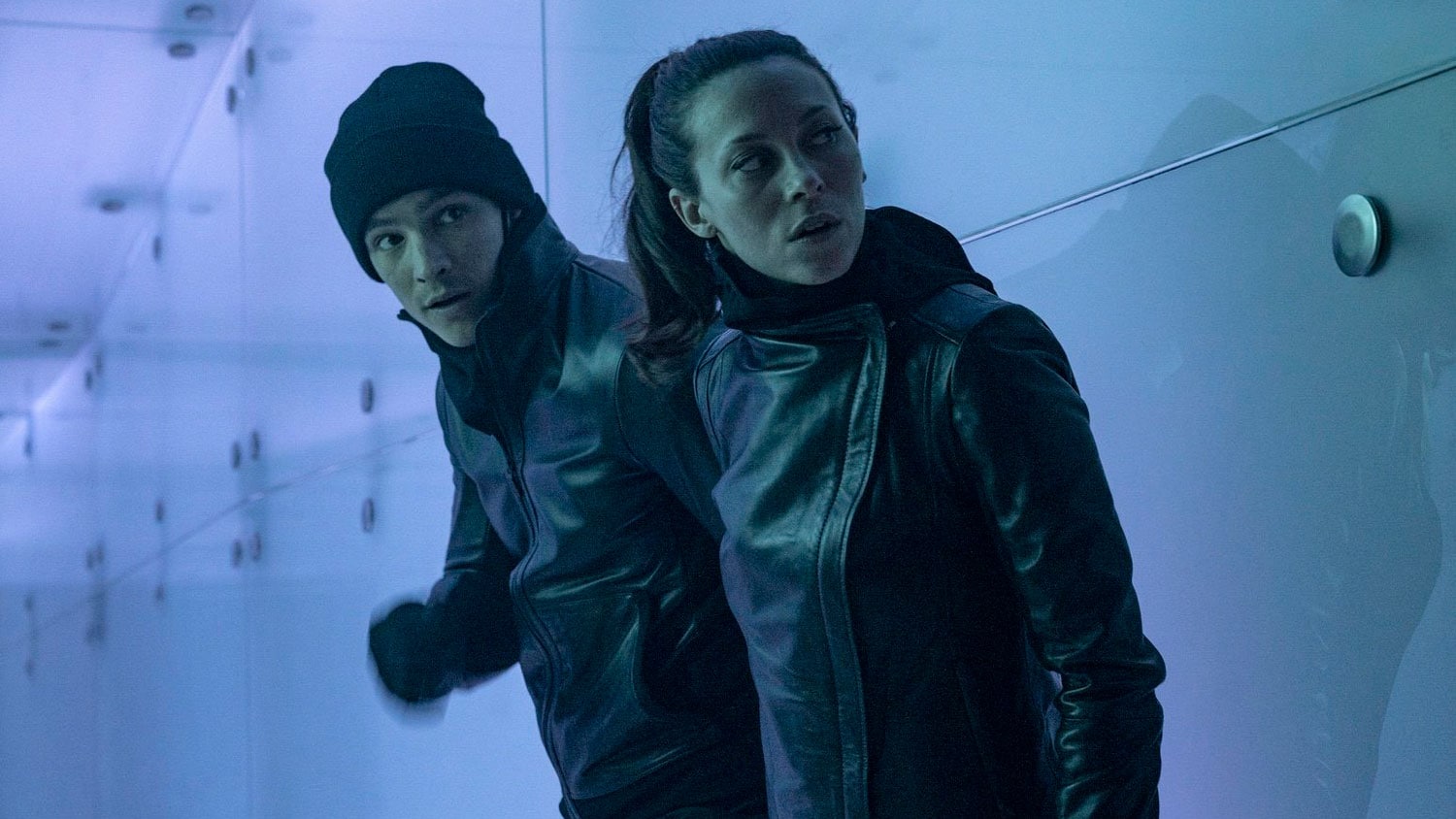 The main focus of this episode is the relationship between Dick (Brenton Thwaites) and Barbara (Savannah Welch).

They had the beginnings of something at one point but now it’s just awkwardness and unsaid feelings.

The flashback explains why their relationship is difficult, and why both characters keep having those longing looks at one another.

I enjoyed finding more out about their past together but it wasn’t fully convincing.

In the flashback, it didn’t feel as if Thwaites and Welch had much chemistry together.

The flashback just felt a bit flat and considering it was opening the episode, it feels like it needed to pack more of a punch.

However, on a positive note, this flashback did let us get more of an insight into Barbara’s character.

We got to learn some things about her we didn’t know before, thus making this character more interesting to watch.

I wonder if any romance will happen between these characters in the rest of the season or will it remain just professional.

There are a lot of unsaid feelings between this pair, so you would assume that someone will say something eventually.

It was a shame that more time wasn’t spent with Lady Vic (Kimberly-Sue Murray), so we could see what she was like.

We got a tiny bit, a really small scene but that didn’t really show us much.

Lady Vic is seeking revenge against Barbara so we can expect more interactions between this pairing to come.

As an introduction to a new villain, I am disappointed that is the welcome Lady Vic got.

I want to learn more about this character and how she got tangled up with Jonathan Crane.

From what I saw Murray gave a good first performance but it was mainly fighting and a bit of sobbing.

I’m excited to see and learn more about this character.

There are a couple of fight scenes in this episode and at times it looks so staged that it takes you out of the moment.

The fight scene between Barbara and Lady Vic was enjoyable and an interesting choice, because you do wonder if Barbara could fight.

Compared to the fight scene between Barbara and Dick which felt really fake at times.

I’m finding these fight scenes are hit and miss at the moment.

I would hope that the fight scenes would be some of the best parts of the episode yet at times they can be a letdown.

Blackfire (Damaris Lewis) is now at Wayne Manor and at the moment I’m not convinced by the character’s addition.

She defiantly has a different energy compared to the other characters.

However, I did like the connection between Blackfire and Superboy (Joshua Orpin); they both share a lot of similarities, mainly with them both trying to fit into a world that feels different to them.

It will be interesting if any form of friendship forms between them, before the true evil Blackfire plot comes into play.

Blackfire is unpredictable and it’s going to be interesting how that will come into play in the rest of the season.

A part of me wonders if Blackfire will team up with Crane, or does she have her own plan.

Or could there be a possibility that Blackfire will help the Titans?

I liked the sister relationship between Starfire (Anna Diop) and Blackfire, but I found it annoying and repetitive with Starfire moaning about how she can’t trust Blackfire, every time she picked something up or said something.

I understand that the trust is broken between these sisters but I felt like maybe there were other ways about showing that.

I want to know how Blackfire fits in with the overall plot because then maybe I could enjoy Lewis’s performance a bit more.

At the moment I like her scenes but I’m a tad bored when watching them.

I feel like there is potential, which she can hopefully deliver.

IS THIS THE START OF TIM’S ORIGIN STORY? 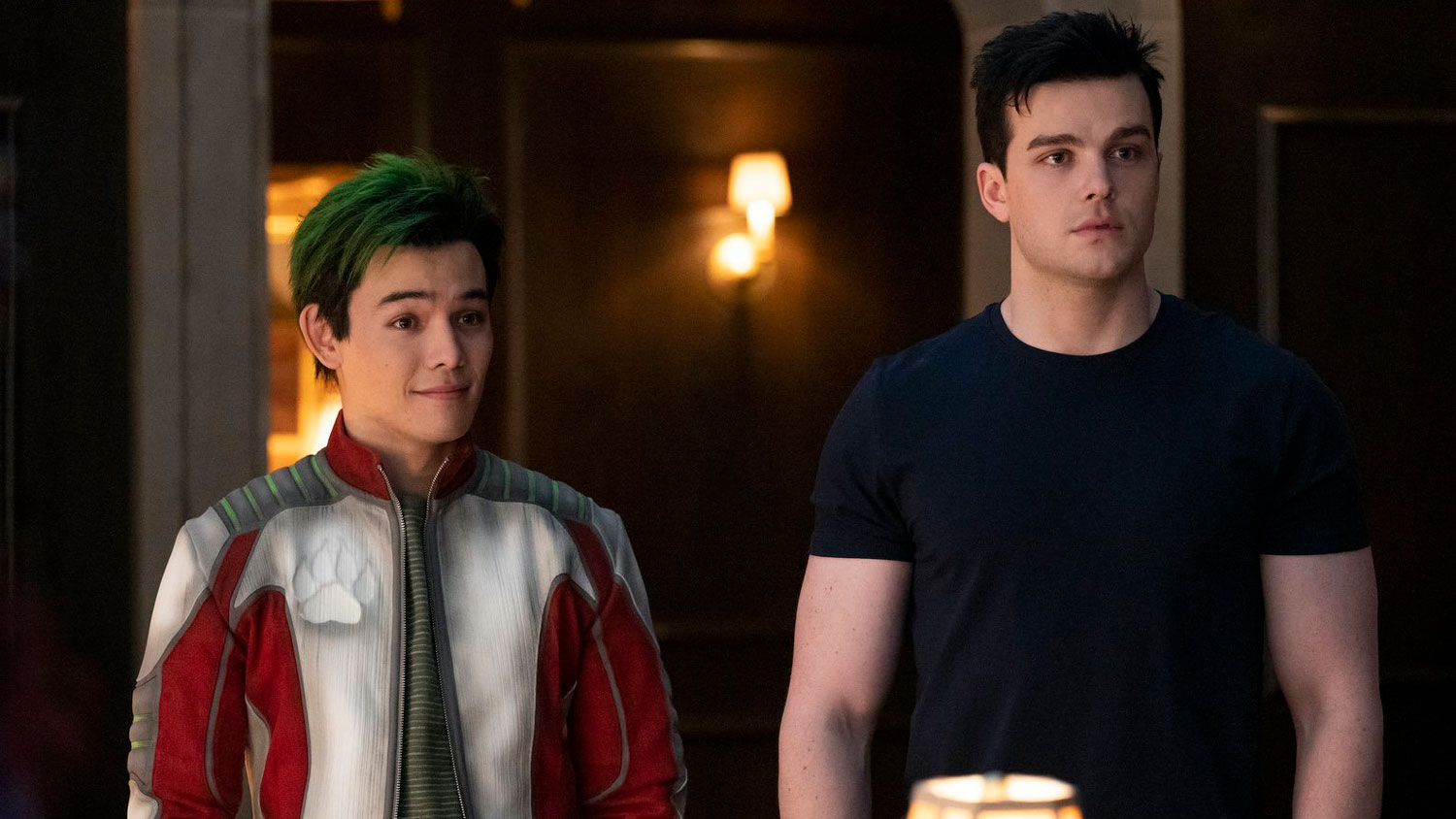 It was always clear that Crane (Vincent Kartheiser) was in charge of the master plan, it’s just a shame that Jason (Curran Walters) thought he was more important than he really was.

It was only a matter of time before cracks began to show themselves between this pairing.

Jason has now gone rogue and is completely addicted to the no fear gas.

It’ll be interesting to see what will happen to Jason now because once Crane catches wind of him going behind his back, then Jason will have to face the Titans and Crane.

This twist isn’t surprising but I’m intrigued to see what Jason will do.

On a side note, it was nice to see Tim (Jay Lycurgo) again, considering he is supposed to be the next Robin, we have seen very little of him in this season so far.

I guess we can assume that the final scenes with Tim is the beginnings of his origins story.

I do wonder how Tim will fit into the show, but then I guess we need to see more of him to understand.

Maybe this season he will just be introduced and not have any real impact until the very end.

However, I am excited to see more of Lycurgo and see what Tim is really like.

EPISODE 6 WAS GOOD BUT A BIT CHOPPY IN PLACES

This episode felt a bit choppy.

I liked the backstory to Barbara and Dick’s messy relationship and I hope there is a conversation between these characters at some point about the past.

There is a lot of tension between Starfire and Blackfire; I do hope the purpose of Blackfire’s introduction is shown soon.

I feel like Lady Vic deserved more screen time and a better introduction than what she was given in this episode.

Overall, this was an average episode, with some good plot points but there are certain elements that could use some improvement.