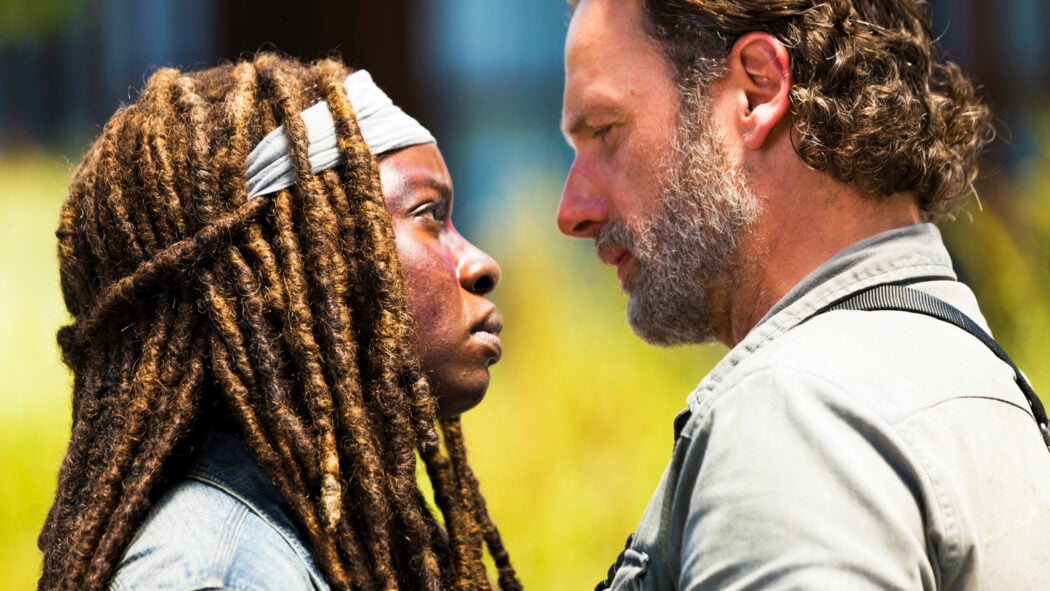 It’s been revealed that AMC’s The Walking Dead spinoff series starring Andrew Lincoln’s Rick Grimes and Danai Gurira’s Michonne is happening after all!

This was revealed today at The Walking Dead panel inside Hall H at San Diego Comic-Con, and we here at Small Screen are so happy to hear this news!

We had previously heard that this Rick Grimes and Michonne spinoff was going to be made into a movie.

However, there were then some rumours suggesting that the project had been cancelled.

Yet, we heard differently.

We heard that it had actually been turned into a series rather than just a movie!

Well, that was just revealed to be the case at Comic-Con today, and we couldn’t be happier.

Rick and Michonne are getting their own Walking Dead spinoff series!

Andrew Lincoln and Danai Gurira were both two of the main reasons why people watched The Walking Dead.

They were excellent and fascinating characters that shared a unique chemistry on-screen.

Both actors ended up leaving the main show, much to fans’ disappointment.

However, it seems as though AMC had a plan all along.

Andrew had been teasing for quite some time that he was going to be returning to The Walking Dead universe and it seems like he wasn’t lying.

The last time we saw Rick, he was mortally wounded and then flown off in a helicopter.

It seems as though we’re going to get to find out what happened to him after that.

What do people involved in the spinoff series have to say about it?

Here’s the synopsis for the Rick and Michonne spinoff Walking Dead series:

This series presents an epic love story of two characters changed by a changed world. Kept apart by distance. By an unstoppable power. By the ghosts of who they were. Rick and Michonne are thrown into another world, built on a war against the dead… And ultimately, a war against the living. Can they find each other and who they were in a place and situation unlike any they’ve ever known before? Are they enemies? Lovers? Victims? Victors? Without each other, are they even alive — or will they find that they, too, are the Walking Dead?

Dan McDermott, president of entertainment and AMC Studios for AMC Networks had this to say about the upcoming spinoff series:

This is a moment fans of The Walking Dead have been waiting for since Rick disappeared in the helicopter early in season nine, and Michonne journeyed away on a quest to find him the following season. What a great surprise for the fans at this final Comic-Con for the series that launched this universe and made television history. We couldn’t be more excited for a truly epic series finale later this year and to see Andy and Danai return in a new series they helped create, one of three new series coming in 2023 that continue the stories of so many iconic and fan-favorite TWD characters.

Who is excited for the Rick Grimes and Michonne The Walking Dead spinoff series? 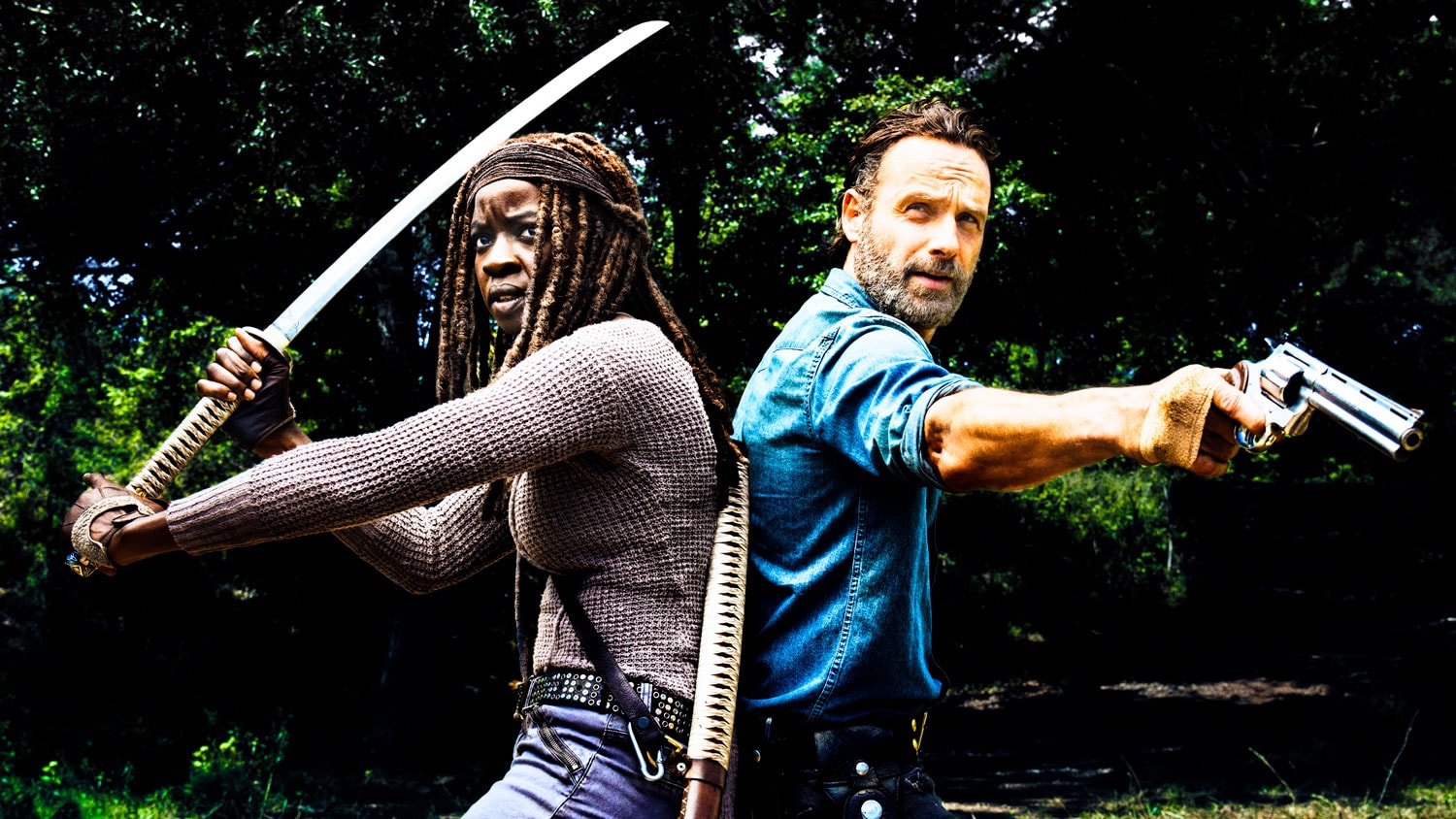 Gimple, who scripted the planned Walking Dead movie trilogy with franchise creator Robert Kirkman, will serve as showrunner on the series.

Lincoln and Gurira will also serve as executive producers on the series.

“The three of us, along with a terrific team of TWD all stars and incredible new voices, are crafting an insane love epic worth the long, long wait.”

Lincoln then added: “This has been the most extraordinary journey playing Rick Grimes for the best part of a decade. The friendships I’ve made along the way are deep and lasting, so it’s fitting that I finally get to complete the story with Danai and Scott and the rest of the TWD family. I’m so excited to be returning to the screen as Rick, reuniting with Danai as Michonne, and bringing the fans an epic love story to add to the Walking Dead Universe.”

Gurira had this to say about this upcoming spinoff show:

Michonne and this TWD family has meant so much to me, and to continue the journey of these beloved characters, alongside Scott and Andy, both creatively and in front of the camera, and bringing The Walking Dead fans something truly special is just glorious. I can’t wait to pick up the katana again.

Are you looking forward to watching this upcoming Rick Grimes and Michonne Walking Dead spinoff series?