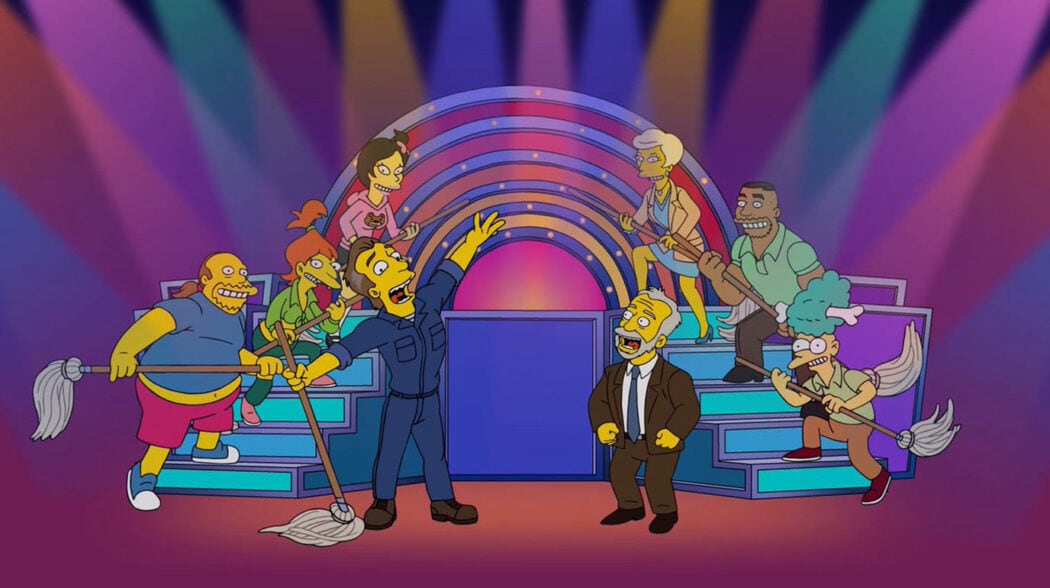 Hugh Jackman voiced his very own character for The Simpsons in a musical season finale, where he took shots at Tucker Carlson and the Fox Network.

The Simpsons is no stranger to making fun of things happening in the world. Co-executive producer and writer Tim Long, along with his writers are all about making ripples with the long running famous cartoon.

They have made fun of Trump well before he became a U.S. president and they have also been good at predicting things that would happen in the world, as well as current events. It seems as though they have now set their sites on Tucker Carlson, Fox Network, and Mark Zuckerberg. 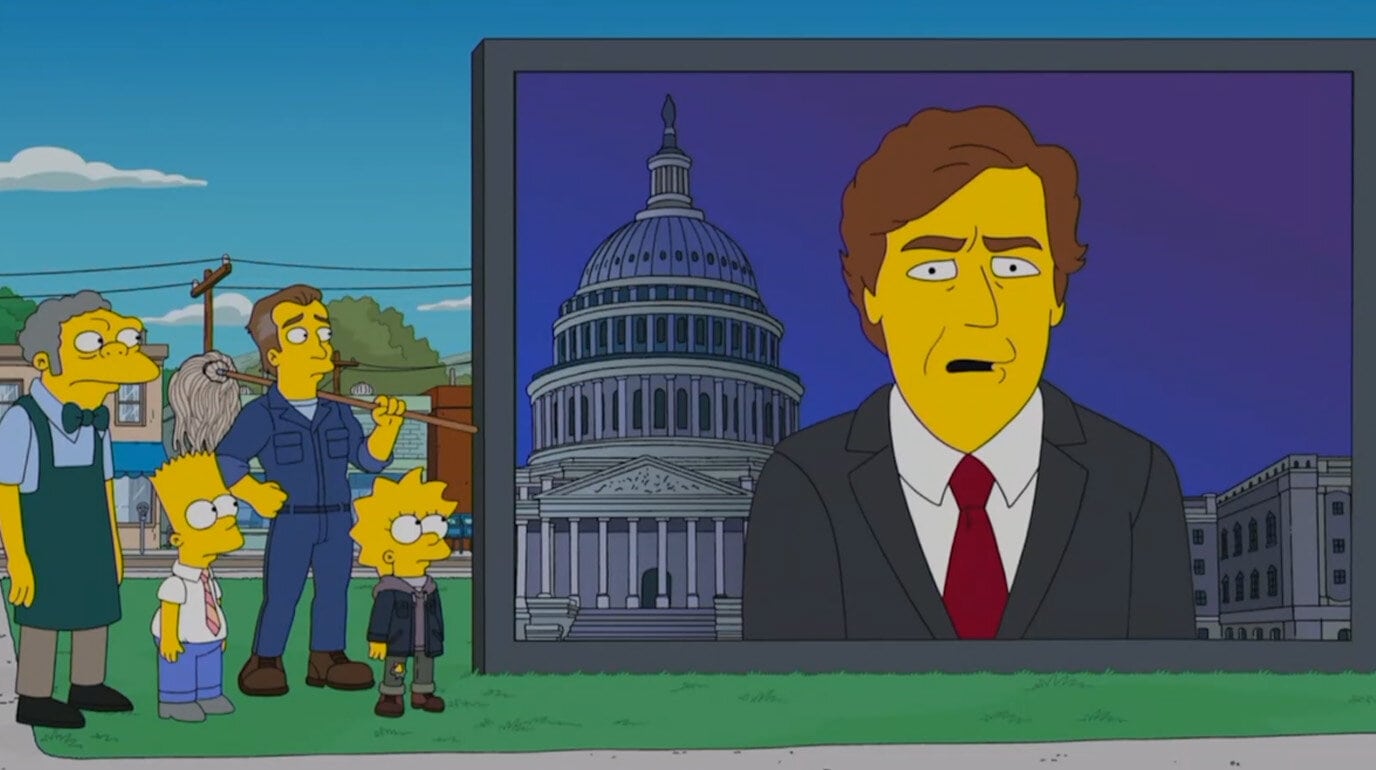 I’m saying you’ll definitely never get a job like your dad’s, and you’ll have a tough time finding something significantly worse.

Depictions of both Mark Zuckerberg and Tucker Carlson-esque characters seen doing things like, pushing a big red button labeled as “death to democracy”, and a news broadcast stating ” Putin for president, next on FOX News”.

Former U.S Labor Secretary Robert Reich, playing him self in the episode sang:

The decline of unions, rampant corporate greed, Wall Street malfeasance and the rise of short sighted politics all contributed to increased economic inequality, widespread real unemployment, wage stagnation, and a lower standard of living for millions of Americans.

Robert Reich also tweeted about being in the episode how excited he was to be in the episode playing himself from when President Bill Clinton was still in office and that he and Hugh Jackman were able to talk about inequality and demise of the middle class in the U.S.

I’m grateful to be able to share this sneak peek of @TheSimpsons season finale, where @RealHughJackman and I team up to tackle inequality and the demise of the middle class.

Here’s a sneak peak of the episode. Be sure to tune in at 8pm ET/7pm CT/8pm PT this Sunday for the rest! pic.twitter.com/ziu7Mp6ef1

Tim Long has also mentioned that working with Hugh Jackman was a dream because Jackman enjoyed singing his lines so much. The man is truly multi-talented. The Simpsons have always been a long running gag of current events, world views, and pop culture.

The show, which has been running since the early 90’s, has been doing gags such as this for so long that it’s not surprising that Tim Long and his writers have taken an interest in making the world laugh at pop culture and news outlets.

Tim Long also tweeted about working with both Jackman and Reich:

A little over a year ago, the @Atlantic published this piece. This Sunday, the show responds — in the form of a crazy eight-minute musical number, written by me and @LarryIsOKeefe, and featuring @RealHughJackman and Robert Reich @RBReich! https://t.co/qJMGg9zw0E

It’s what The Simpsons do and have always done. They poke fun at everyone, celebrities included. They even made a Halloween special about the Avengers and a short with Maggie Simpson in daycare as a Jedi. The Simpsons aren’t the only ones who makes fun of Fox on the regular either.

There are so many more out there that do. Not just animation creators either, but comedy shows that reflect on current events like John Oliver, Conan, and Jimmy Kimmel.

Have you watched The Simpsons season finale? Do you agree with the show’s premise? What do you think Tim Long will do in the future for The Simpsons?