The Nevers Season 1 Return Date: When Will New Episodes Air On HBO?

The Nevers Season 1 seems to be on a short break right now and people really want to know when the show’s return date will be.

The Nevers has been airing on HBO for the past six week and soon will be coming to Sky. This first season is made up of 12 episodes which follows a group of women acquiring mind-blowing powers from a strange event.

Now last week’s episode left us on a huge cliff-hanger and all of us are now left wondering what could possibly happen next. All of the episodes in this first part of the season have been given unique titles which don’t give too much away from what may happen in that episode.

WHEN WILL THE NEVERS SEASON 1 RETURN DATE BE?

At the moment there hasn’t been any mention of a release date for the second half of this season. This first season has been split into two due to the pandemic and production issues. HBO and HBO Max chief content officer Casey Bloys has spoken about this break saying “there was kind of a natural narrative break at six, so that was the thought then to air six episodes. At least we had something to put out there for the fans”.

Now it isn’t surprising that the pandemic has put a hold onto the production and made everything more difficult because of safety regulations now involved. We have been informed that the writers are working through the second half of the scripts so hopefully fans won’t have to wait too long.

After such an intense episode with episode 6, which left us on a bit of a cliff-hanger, fans will be hoping that we will get Part 2 before the end of the year.  Filming is scheduled to resume this summer. However, as a lot of post-production goes into this show and each episode has been taking so long to film, could we be waiting until 2022 for Part 2?

WILL JOSS WHEDON BE RETURNING AS SHOWRUNNER FOR PART 2?

However, when Part 2 does arrive there will be someone new in the creative team. That is because Joss Whedon, the show’s creator, quit in November 2020 while the cast and crew were dealing with a COVID-delayed production. These first six episodes took a long time to complete due to the pandemic therefore Whedon used this reason for his departure.

Whedon explained his struggles on making TV during a pandemic and said:

This year of unprecedented challenges has impacted my life and perspective in ways I could never have imagined, and while developing and producing The Nevers has been a joyful experience, I realize that the level of commitment required moving forward, combined with the physical challenges of making such a huge show during a global pandemic, is more than I can handle without the work beginning to suffer.

I am genuinely exhausted, and am stepping back to martial my energy towards my own life, which is also at the brink of exciting change.

As a result, Philippa Goslett who is a British screenwriter and first-time showrunner, will take over the series. As this is Goslett’s first time being a showrunner it’ll be interesting to see what influence she will have on this very complicated story.

However, with all the controversy that surrounds Whedon it isn’t surprising he has backed down on this project. Yet no allegations or reports of misconduct have been made on The Nevers.

WILL THERE BE A SECOND SEASON OF THE NEVERS? 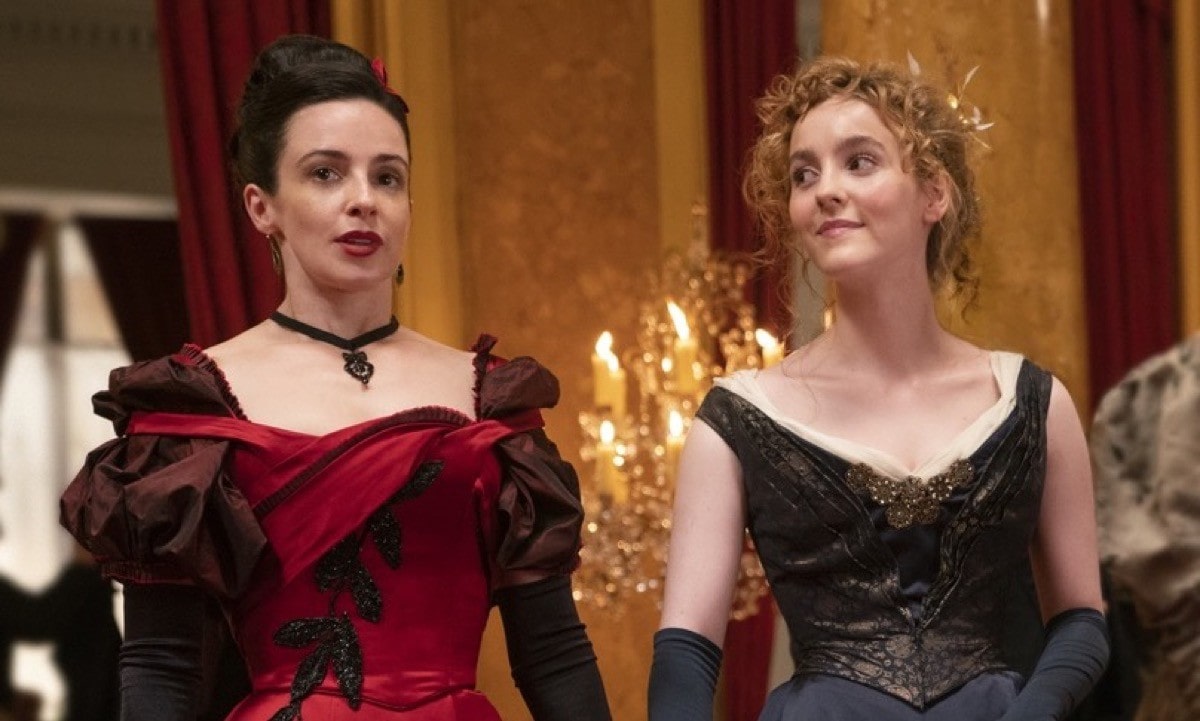 Now that we wait for part 2 of this first seasons, fans are now starting to wonder whether there could a second season. At the moment nothing has been said about the future of this show however with such a large cast and a story that could span a couple of seasons, it wouldn’t be surprising if The Nevers did get renewed and fans certainly hope that it does.

While also, the series producers have booked the show’s filming studio for five years, while Olivia Williams who plays Lavinia Bidlow has also signed a five-year contract. Therefore, maybe the producers are hopeful that HBO will renew the show for years to come. Although nothing is ever set in stone and we have lost many shows throughout the years that we thought would defiantly be renewed.

Overall, it looks like we will be waiting a while for any answers on the long-term future of this show. Alongside that, we aren’t sure when Part 2 will air due to filming is still waiting to begin on the remaining six episodes, combined with the uncertainty of the pandemic which has slowed down production so far. Episode 6 left us on a cliff-hanger thus fans now are eagerly awaiting the shows return, hopefully sometime this year but 2022 is looking more likely.

When do you think The Nevers Season 1’s return date on HBO will be?