We are now three episodes into this first season of The Nevers and we are still trying to figure out what is happening in this world. Our focus on this episode is Mary (Eleanor Tomlinson) and her hope-inspiring song; a big emphasis has been put onto this song and how it connects all the touched but it feels there is more to Mrs True’s plan than just bringing all those who are touched together.

WHAT IS AMALIA TRUE REALLY HIDING FROM EVERYONE?

In this episode are we starting to see a shift in a relationship in the friendship between Amalia (Laura Donnelly) and Penance (Ann Skelly). We are beginning to see a much more violent and aggressive Amalia True with every episode, it is stated by the character herself that she knows things that others don’t and things maybe she shouldn’t know.

Also, the confrontation between Mary and Amalia seems to have hit a nerve that doesn’t go away. Mary wants more clarity on what the orphanage is and what everyone is meant to be doing but everyone has a different answer. As a result, we start to wonder what is the real mission Mrs True is on, apart from keeping people safe. Although we could say from this episode that she isn’t even able to keep those under her care safe. Mary was a prime target and left defenceless.

MARY PAYS THE ULTIMATE PRICE FOR HER COMMUNITY

Mary (Eleanor Tomlinson) is really established as a strong character in this episode; she is kind and pure-hearted which is why her song gives hope to every touched person who hears it. With that being said it feels like we had to say goodbye too soon to this wonderful character who brought so much joy to our screens. The most shocking moment of this episode involves Mary. Considering the touched are being hunted by various people, it was surprising that Mary was left unprotected.

The final scenes of the episode are a mixture of heartache but also heart-warming. Mary’s death truly surprised me; I didn’t expect that to happen. I got sucked into the joyous song and watching all the woman surrounding her truly happy and moved which was then suddenly taken away. Her death was a jaw-dropping moment.  We then witness Bonfire Annie (Rochelle Neil) with newly discovered touched men and woman which brought a tear to my eye. Mary gave everything so her song could bring this community together. She managed it but unfortunately had to pay the ultimate price for it. Maybe this may be foreshadowing that hope can prevail for this newly formed community who can come together to support one another.

LUCY’S BACKSTORY IS HEARTBREAKING – THE WORST YET! 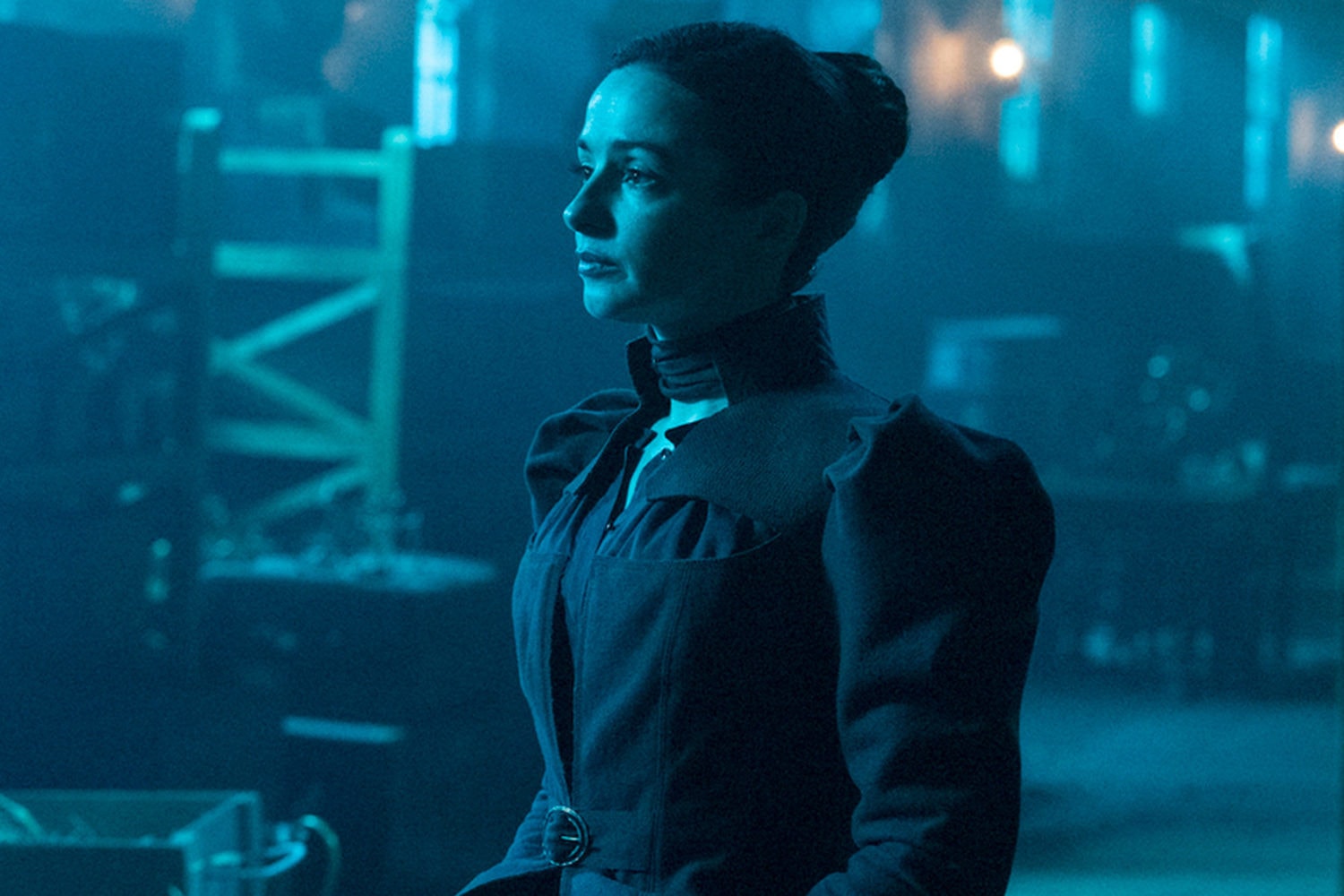 There are many strong performances in this episode like the water fight scene between Amalia and The Beggar King’s henchman but my favourite is the interrogation scene. Several touched women confront a woman who has been luring in touched women and handing them over to Dr Hague (Denis O’Hare). The woman tells a very disturbing story about drowning her own touched child which leads us to discovering Lucy’s horrific backstory. This scene is shot and delivered beautifully, it isn’t an easy scene to watch due to the content of the stories delivered but I feel like we truly get to see the conflict people have: people turn and families are ashamed and don’t know how to cope and how those who are touched feel being on the receiving end of this conflict.

This scene also lets us get to know Lucy (Elizabeth Berrington) a bit better. From what we have seen she is bold and a tough woman but Lucy’s backstory is the worst one we have been told yet; when her turn activated, she crushed her 6-month-old son to death. It would have even a greater impact if we had gotten the chance to spend more time with the character beforehand, but I think it was good to put her backstory in as it explains how all these women and few men had a normal life and have all given up so much – not all by choice.

WHO IS A BIGGER THREAT In The Nevers: MALADIE OR LAVINIA BIDLOW?

There are many mysteries in this episode still to uncover, but the one which many of us are probably wondering is who let Maladies’ machine-gun henchman out of jail and told him where to find Mary. We can assume it was Lavinia Bidlow (Olivia Williams) because of the revelations in the last episode and Amalia told Bidlow of their plan with Mary.

Who are the enemies we should be looking out for? Well, we can assume Dr Hague is to be avoided at all cost due to his awful and brutal experiments. It is still unclear how much involvement Lavinia has with the experiments and how much she really knows what is going on. It is curious what Bidlows own mission is, to the outside world she cares and supports those who are touched yet behind the scenes she lets these experiments happen and uses them as slaves to dig out the orb for her; unless this façade helps her get what she wants easier. Maladie (Amy Manson) is also a threat who hasn’t gone away and it is going to be interesting to see how is more powerful Maladie or Lavinia.

THE BEGGAR KING NEEDS TO BE BETTER 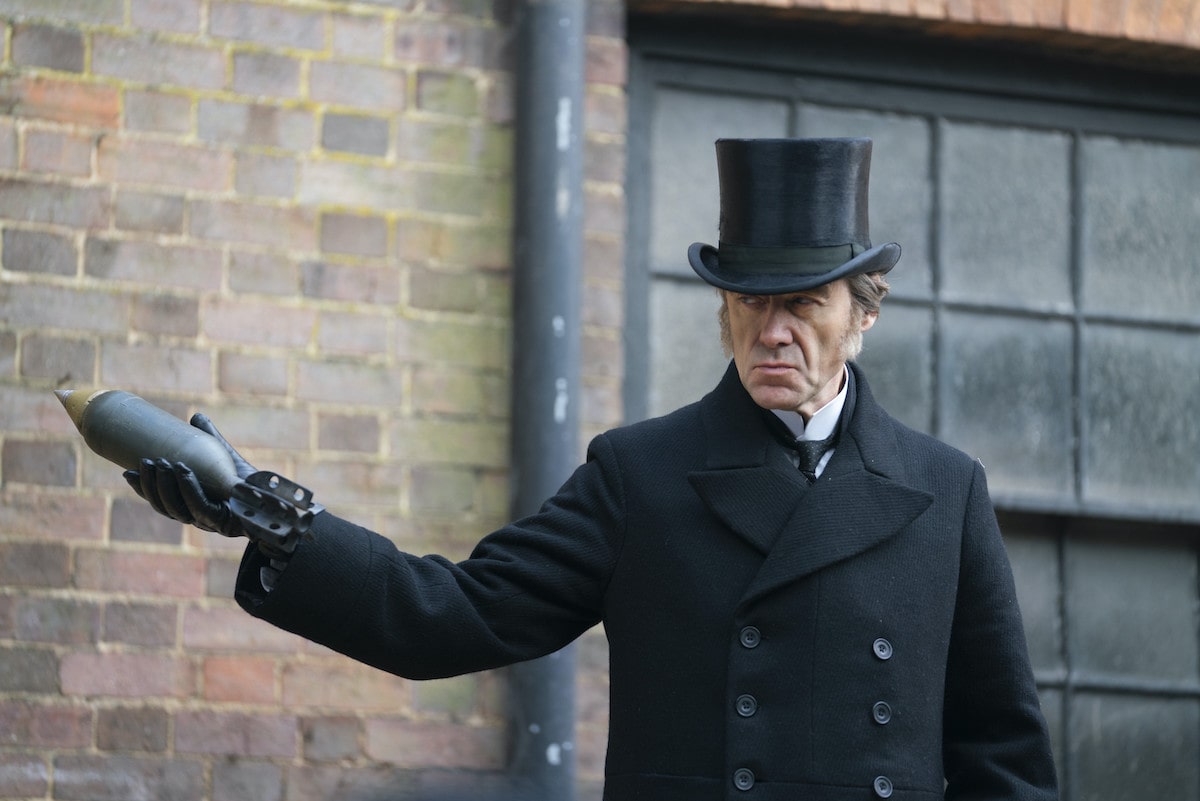 The Beggar King is back in this episode, I don’t really see the need for this character as he doesn’t really bring much to the show, he only appears for one scene and then disappears. I like Nick Frost and he does a good job but either his performance needs to be better or the Beggar King needs to be more involved for me to enjoy his character more. I would like to see this character maybe a bit darker and then maybe I could start to understand his reputation for being so feared but at the moment it falls flat.

LORD MASSEN HAS HIS OWN SECRETS

Lord Massen (Pip Torrens) is fully against the touched and has new plans for them but he is hiding his own secrets too. We saw in the first episode that his daughter is touched but since that first episode, we haven’t seen or heard anything about her. In this episode, we discover that Lord Massen is hiding something in his basement in his manor. Strange sounds come from this room, which makes us ponder what/who is in there. What happened to Massen’s daughter once she turned? Is she now locked up in the basement for her own safety and his own reputation?

I feel like there is a lot happening in this show, with such a big cast and a range of different characters. At the moment I feel bombarded with all these different ideas of what could be happening or may happen next. I’m uncertain what this season is heading into. I know the touched are in danger but I’m confused by who they should be fearing. Lord Massen, Hugo (James Norton) and Augie (Tom Riley) all have such what feels like smaller storylines yet I now question whether their involvement is bigger than it first seems. The revelations that were exposed in this previous episode have all been left up in the air in this episode and I kind of wished they were touched upon in this episode as that was exciting.

More and more enemies are appearing left, right and centre and they all have a personal target on Amalia True’s back. Who is the real threat we should be fearing in this season, so many characters have something against the touched but there is no real reason why yet. We have been introduced to many characters and now I feel like we should dig a bit deeper into these characters and discover the overriding plot we should be following for this season. With that being said, this show isn’t unenjoyable but we are in for the long ride which means nothing may make sense until we get halfway through the season in a couple of weeks.

What did you make of this review of The Nevers Season 1 Episode 3?