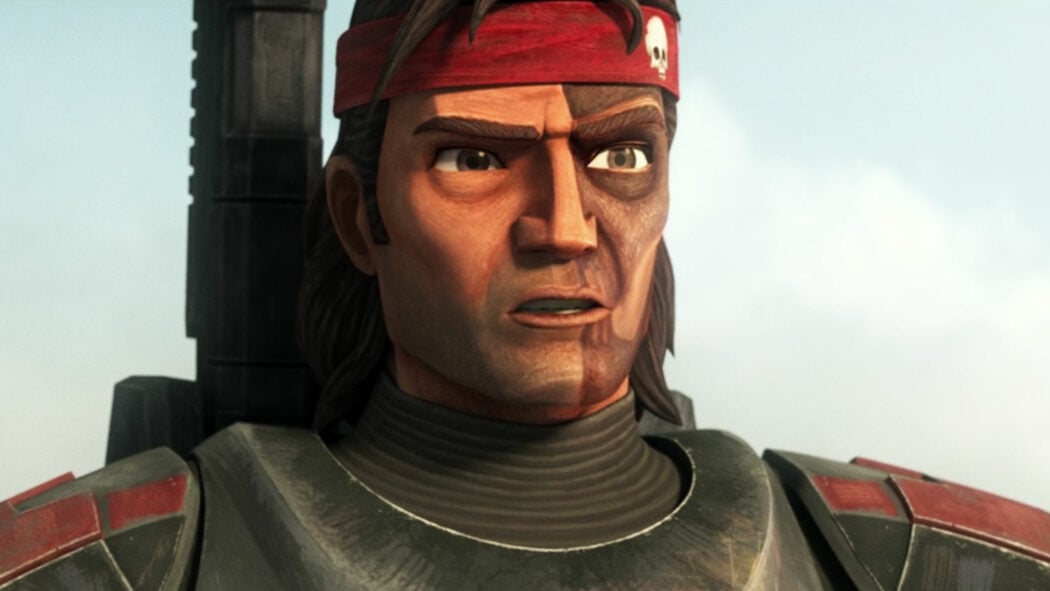 This week, the team must escape the facility as its sinks into the ocean.

Individual conversations between members of the Bad Batch with Crosshair colour an otherwise bland episode.

They try several methods of escape, overcome a few issues and then make it out.

At the episode’s end, Crosshair has not re-joined the team and is left alone whilst the team leave presumably to complete more galactic hijinks. That’s it.

Star Wars: The Bad Batch Season 1’s finale is without any of the series’ good bits 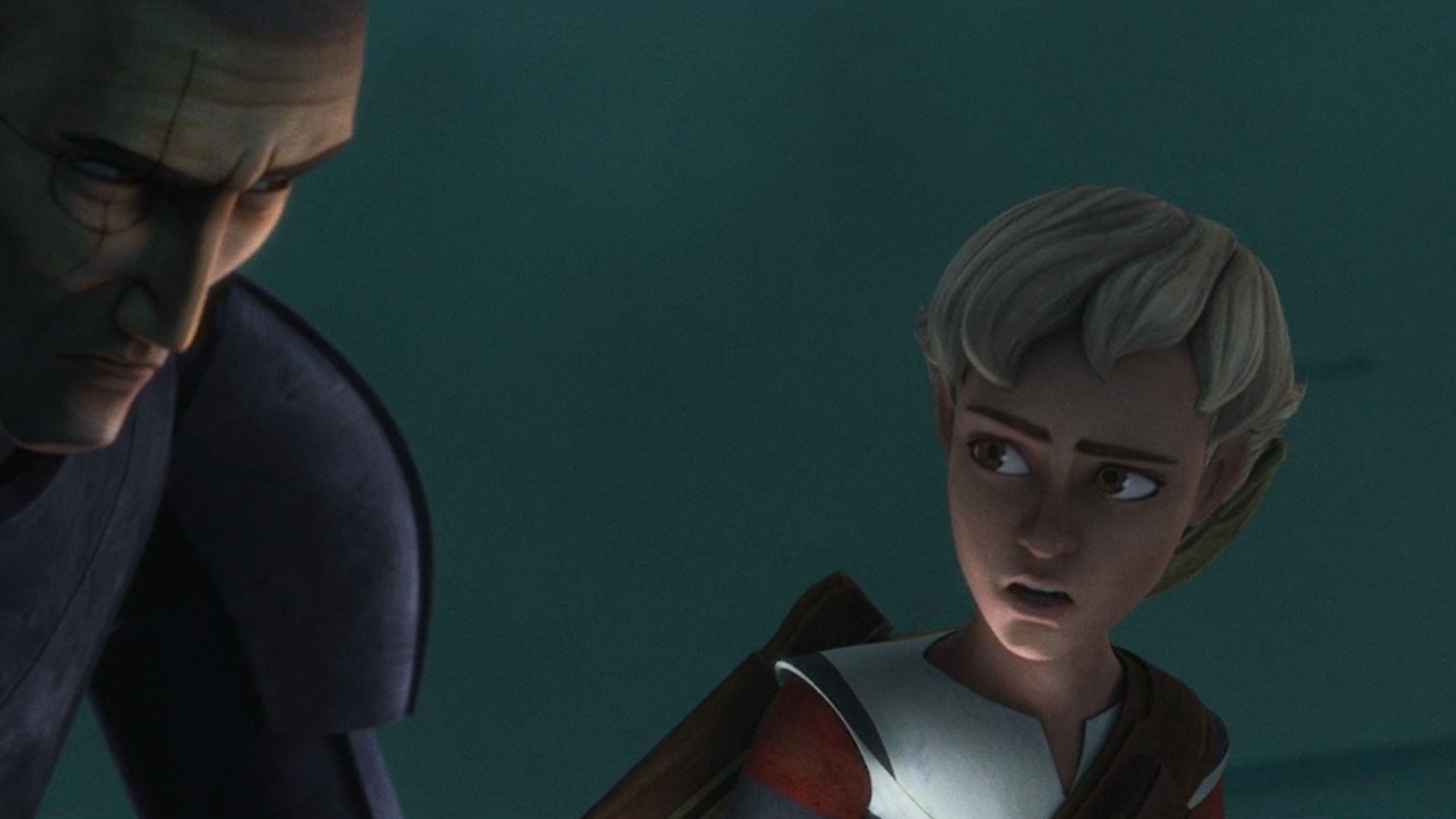 The main problem with this final episode of Star Wars: The Bad Batch Season 1 is its lack of consistency.

There’s little here of what made the Bad Batch enjoyable in this series.

There are no droids to fight, no personable moments with Wrecker (although his brief conversation with Crosshair about how he didn’t even try to re-join the group was good), no meaningful connections to the wider universe.

It says a lot about a show when the MVP is in fact a droid.

AZI-3 (Ben Diskin) saves the team on numerous occasions, again diluting how capable they are.

Instead ‘Kamino Lost’ feels like a protracted escape level from a video game.

This problem is exacerbated even more by the fact that this episode was released a week after the last: it doesn’t have the emphasis or emotional draw to sustain that break in the narrative.

It would have been better for Disney to release this two-part finale as a longer final episode.

Instead what we have is a lacklustre final episode that pales by comparison to the previous episode, which only serves to heighten its flaws.

An anonymous clone is the best bit 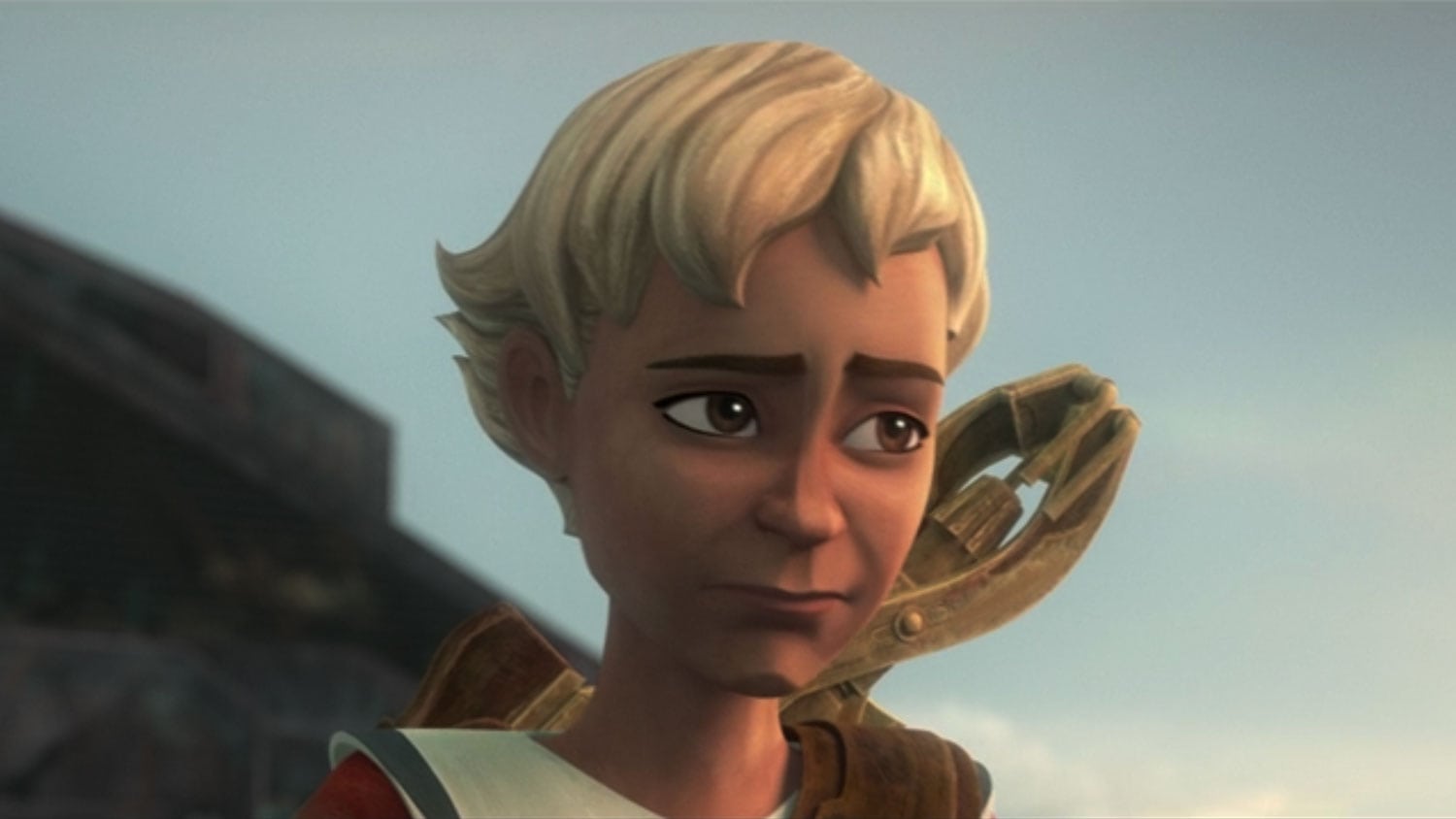 The best bit of the episode in fact comes from an anonymous clone who reports to Admiral Rampart that the Kaminoan facilities have been destroyed.

Bradley Baker inserts just enough pauses to get across a real sense of pathos – it’s surprisingly touching, but it goes against how the clones have broadly been presented all season.

The show has consistently emphasised how obedient the clones are, with their anonymous helmets coming to represent the tyrannical fist of the Empire as it closes around various planets that might have tried to assert their independence.

Indeed this suggestion of how the other clones have reacted to the rise of the Empire is what the show has desperately needed.

With the exception of Captain Howzer in episodes 11 and 12, there’s not really been any indication of how the effective eradication of the clone army is received.

With season 2 there is a chance to change this, of course.

However, call me old fashioned but I don’t believe any series should rely on the second one, no less a show helmed by the monolith that is Disney.

Nala Se’s cloning ability is clearly drawing her into The Mandalorian and, presumably, the resurrection of Palpatine by The Return of Skywalker.

But the final scene that sees her taken to a new facility feels tacked on, with tension artificially created by an ominously mechanical soundtrack.

Some final thoughts on Star Wars: The Bad Batch Season 1 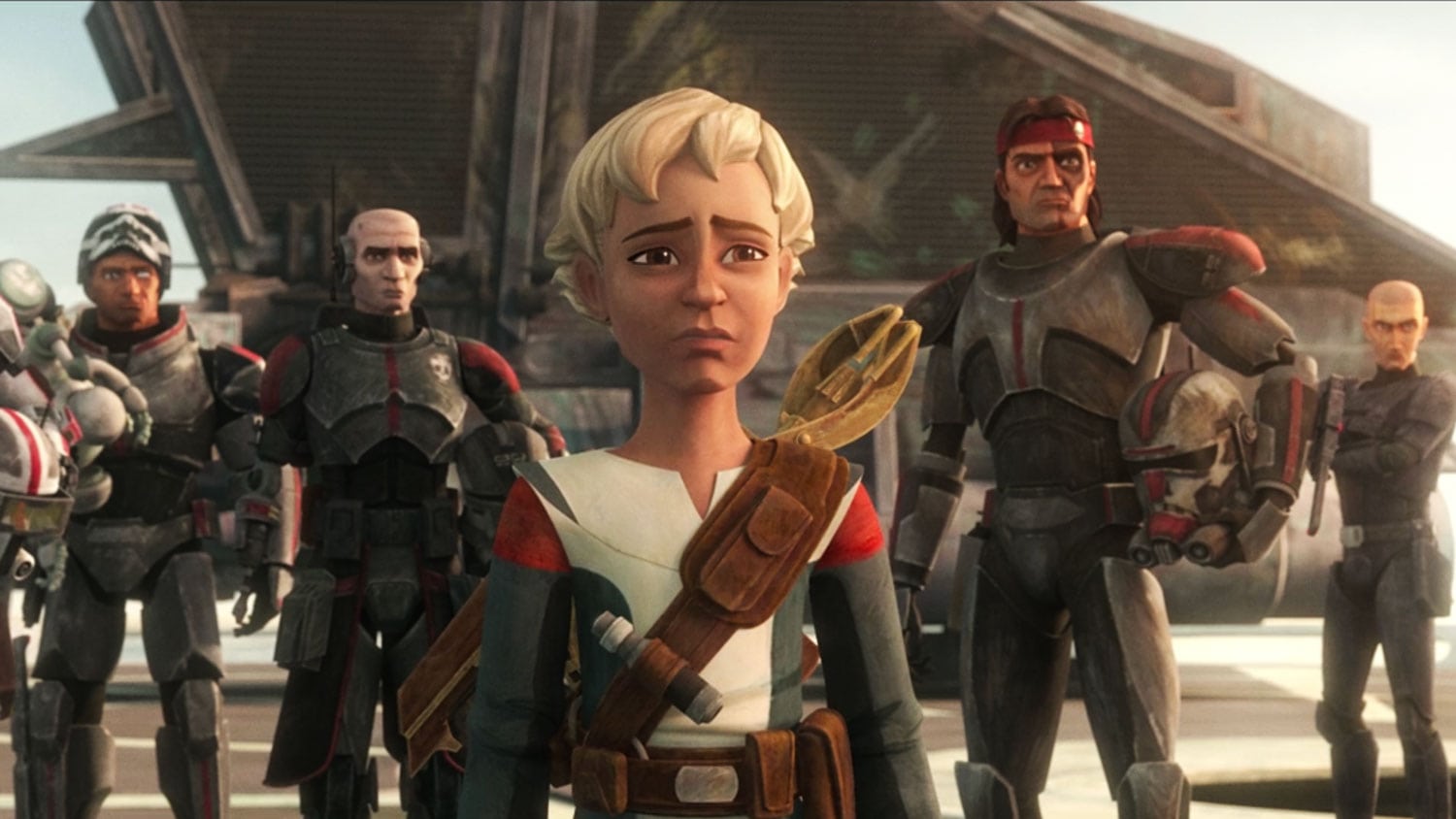 Star Wars: The Bad Batch is by no means a bad show, but the lack of consistency across the series means it is nowhere near the calibre of The Clone Wars or Rebels.

Instead, we’ve seen a series of vignettes that have included a variety of cameos.

At times, these have been well placed, like the inclusion of Hera Syndulla or Kanan Jarrus; other characters are clearly set up for future content.

Consequently, The Bad Batch has felt like a show that cannot stand alone.

It trades on that sense of familiarity but squanders the chance to explore a fascinating part of the history of the Star Wars canon.

Although my reviews have not always been glowing, I’ve enjoyed the show for its design and music.

We’ve got to recognise and celebrate talent when we see it: the design team led by art director Andre Kirk have done a consistently brilliant job.

The habitats of various planets have been lush and brooding, stark and industrial as needed.

Add this to the score by Kevin Kiner, and the dedication of Dave Filoni and his team, and it’s clear that a lot of effort goes into this show.

Hopefully, with season 2 that effort will translate into something bigger, grander and better.

This final episode, then, is a fitting endpoint for an otherwise average season.

I wish it wasn’t so, but this finale sinks rather than swims.

What did you make of Star Wars: The Bad Batch Season 1?