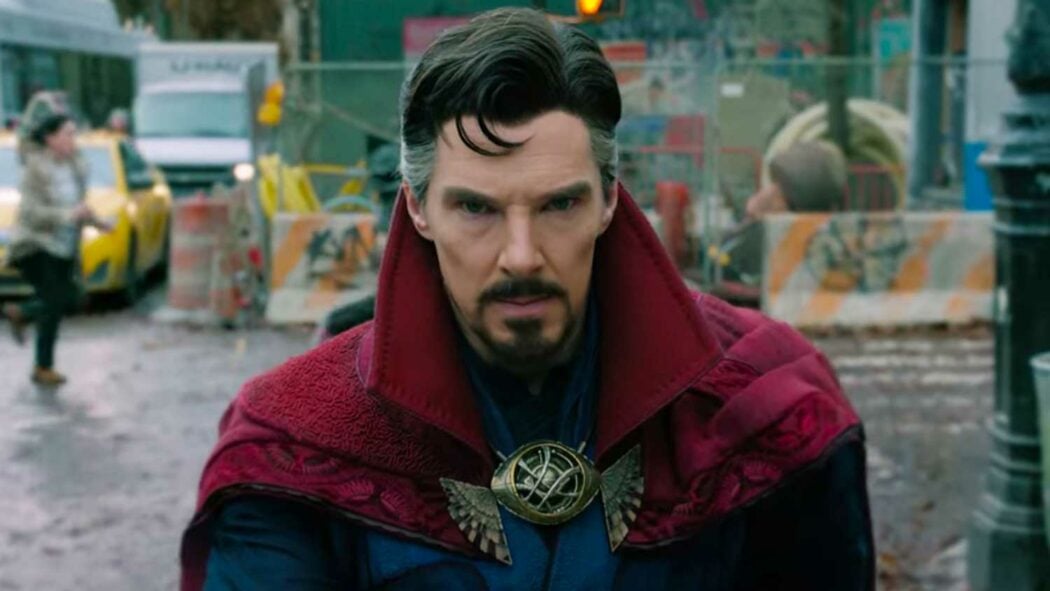 There is no denying that Spider-Man: No Way Home has many hoot-worthy moments but in terms of surprises, the plot (already spoiled by the multiple leaks prior to the film’s release) has little to offer (apart from some glaring plotholes). Thus it is the unexpected end credit scenes in Spider-Man: No Way Home that blew our minds away with the dire implications they hold for the future of the MCU’s Phase IV.

WARNING: SPOILERS ahead from Spider-Man: No Way Home. Proceed ahead only if you’ve already binged the film.

Let’s dive right into it, shall we?

Eddie Brock and Venom in MCU’s Earth, but why and most importantly, how? 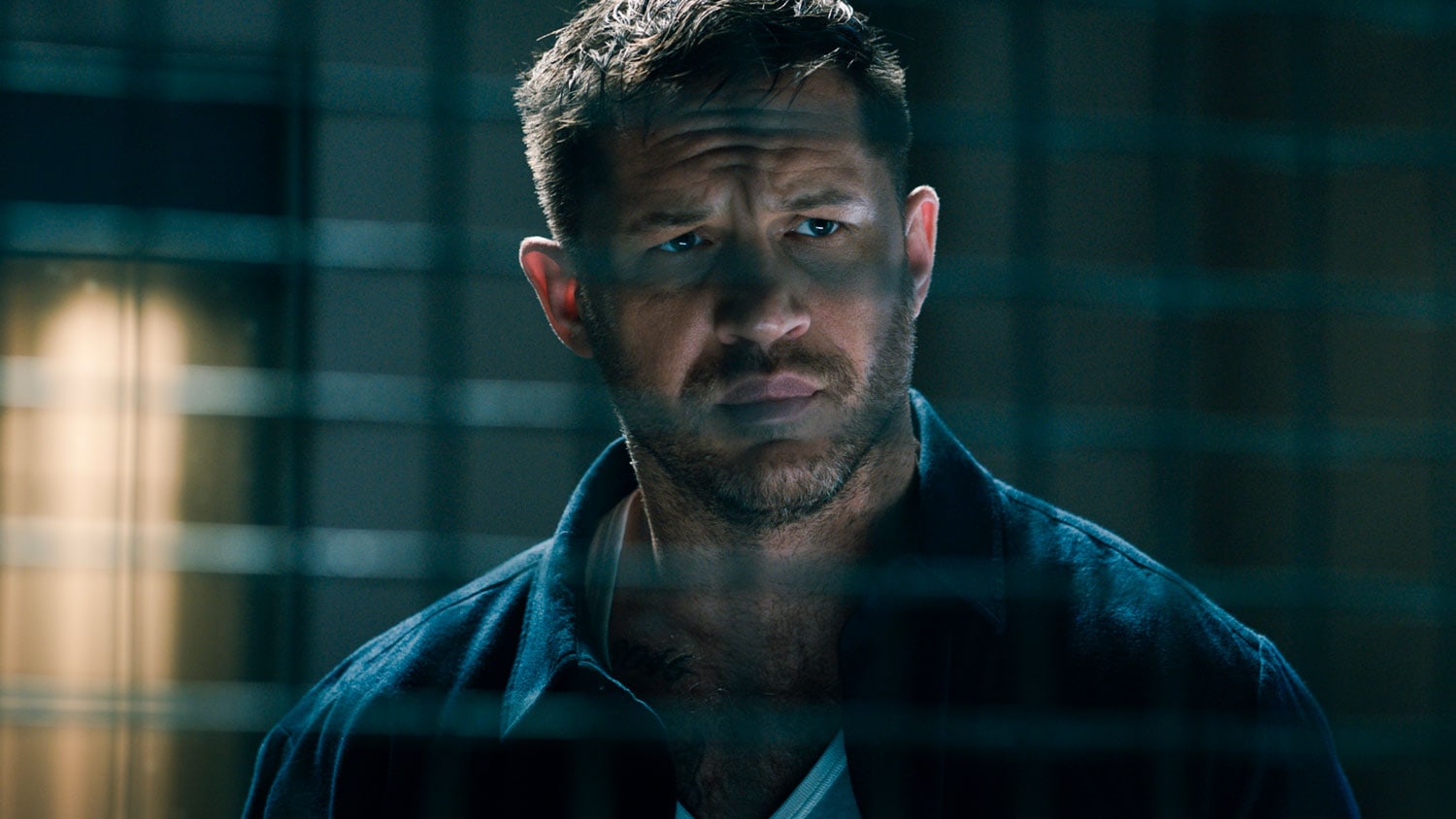 The first post-credits scene in Spider-Man: No Way Home is following up on the one that wrapped up Venom: Let There Be Carnage.  In Venom 2’s post-credits scene, we saw Eddie and Venom, now on the run from the law, on an impromptu vacation in a seedy motel room where the symbiote tells his host how symbiotes’ share the knowledge of the universes they exist in.

But before he can give Eddie a proper glimpse of the hive knowledge he possesses, the flustered duo is transported to a luxury suite where they watch Daily Bugle’s J.Jonah Jameson rant about Peter Parker’s identity as Spider-Man. And from the looks of that mighty lick Venom bestows on Peter’s face on-screen, the symbiote is already obsessed with the young superhero- a point that suddenly became more important after Spider-Man: No Way Home.

In Spider-Man: No Way Home’s first post-credit scene, we see Eddie sitting in a bar. He is having a chat with the patient bartender who is filling him in about the different superheroes the MCU’s Earth have while simultaneously having an internal bickering session with Venom over how aliens like eating brains and not playing with stones like the mad Titan Thanos.

Eddie then decides that he needs to go and meet this Spider-Man he keeps hearing about. But before he can do more than drunkenly stand, Doctor Strange’s second spell takes hold and he is transported back to the dank motel room in his universe but not before leaving a sizable chunk of Venom goo in MCU’s Earth.

Before we hop on to deducing the meaning behind this scene, we would first like to point out that it is never explained why Eddie and Venom are in MCU’s Earth. Early on Spider-Man: No Way Home, Doctor Strange had explained that all the villains from different universes were pouring into MCU’s Earth because they know Peter Parker (no matter in which universe) is Spider-Man.

But neither Jamie Foxx’s Electro nor Eddie Brock ever possessed this knowledge. In fact, the latter never met a version of the superhero in his universe.

Though there might exist a reason for his appearance in MCU’s universe. Unlike Electro, whose inclusion is obviously a big plothole, Eddie/Venom’s presence could be more logical than mere fan service.

In Venom: Let There Be Carnage, we heard Venom share that he is tapped into the hive knowledge of all the symbiotes existing in different universes. As Spider-Man: No Way Home has made all previous versions of Spidey canon, it means that Venom is unknowingly aware of the things his version in Sam Raimi’s Spider-Man films knew, especially that Peter Parker is the webbed slinger.

That’s most probably the reason, the first spell, which was botched because Tom Holland’s Peter kept insisting that everyone close to whom should remember his identity, brought Eddie/Venom to MCU’s Earth as well. As for the implications of the same, for now, there appears to be only one direction it could assume.

We know that sometimes appearances tend to change when one is universe-hopping, like Electro’s altered persona in MCU’s reality. We have also already seen in Venom: Let There Be Carnage that the “remnants” of Venom without the complete symbiote only cause its host to become deranged.

Perhaps, this leftover trace of Venom is also destined to be a villain, which would fit right in with how Venom has been depicted in the comics and in Spider-Man 3 starring Tobey Maguire.

And given Venom’s “interest” in Peter Parker, it is very much possible that this leftover trace of the symbiote will seek out the web-slinger who will be the perfect (temporary) host for the alien– powerful but vulnerable and alone.

Plus, it is highly unlikely that MCU will create its own anti-hero with Venom when Tom Hardy’s Eddie Brock already exists.

The teaser for Doctor Strange 2

Related: Is Tobey Maguire In Spider-Man: No Way Home

Contrary to the usual Marvel tradition, Spider-Man: No Way Home doesn’t have a second post-credits scene, it has something better- the teaser of Doctor Strange In The Multiverse of Madness.

As expected, Doctor Strange 2 will be a continuation of the multiversal chaos that took place in Spider-Man 3. Apparently, while Strange did forget Peter Parker, he is still left with the lingering feeling that something is off. Turns out Peter’s sacrifice only provided a temporary fix to the holes riddled into the multiverse and Strange will have to face the consequences.

We catch a glimpse of The Baby-Sitter’s Club‘s Xochitl Gomez as America Chavez before the scene moves on to Strange seeking out Wanda for help. While the latter is afraid that the sorcerer is there to admonish her what happened in Westview, all Strange cares about is the Scarlet Witch’s help in stitching back the shattered pieces of reality.

We also get to see Christine Palmer, Strange’s on-again-off-again love interest, getting married to someone else. Though given the infinite number of Christines thanks to the tear in the universe, it could be another version of her.

But what steals the show is Strange Supreme, the evil version of the sorcerer from another universe whom we have already met in Marvel’s Disney+ series What If…? who turned into a villain after his Christine died.

He went to drastic lengths to reverse an absolute point in time i.e., Christine’s death and made futile attempts to save her in his reality only to accidentally destroy his universe in the process.

By the end of What If…? he was seen working Uatu, the Watcher, and helping him keep an omnipotent version of Ultron under control. While it is very much possible that evil Strange has ulterior motives, for now, it looks like Uatu send Strange Supreme to the original reality to help the original Sorcerer to sew back its fractured seams.