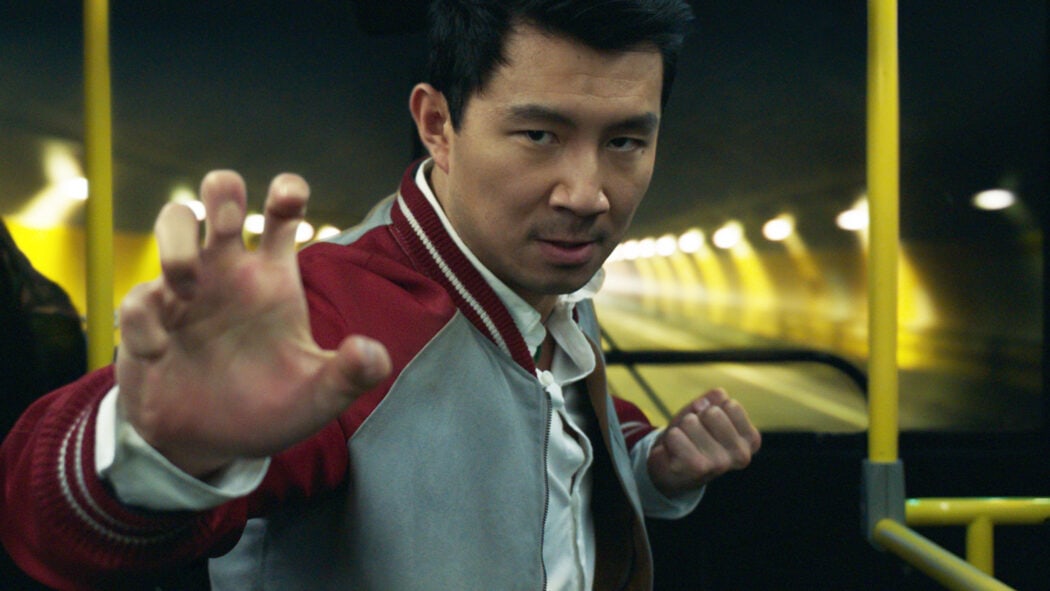 Marvel Cinematic Universe’s Phase IV may have officially begun last year with the debut of WandaVision on Disney Plus but it is only with Loki and now Shang-Chi and The Legend of The Ten Rings that we are finally getting a clearer picture of what to expect without relying on mere rumours to quell our ever-increasing curiosity.

While the majority of Shang-Chi focuses on introducing the next big superhero in the MCU and establishing his story amidst the mega-events of the past i.e., the infamous Thanos-created Blip, its exciting mid-credit scene set up the upcoming future of Phase IV, which doesn’t merely include the confirmation of Shang-Chi 2.

(Spoilers ahead from Shang-Chi and The Legend of the Ten Rings. Proceed only if you have already binged the film) 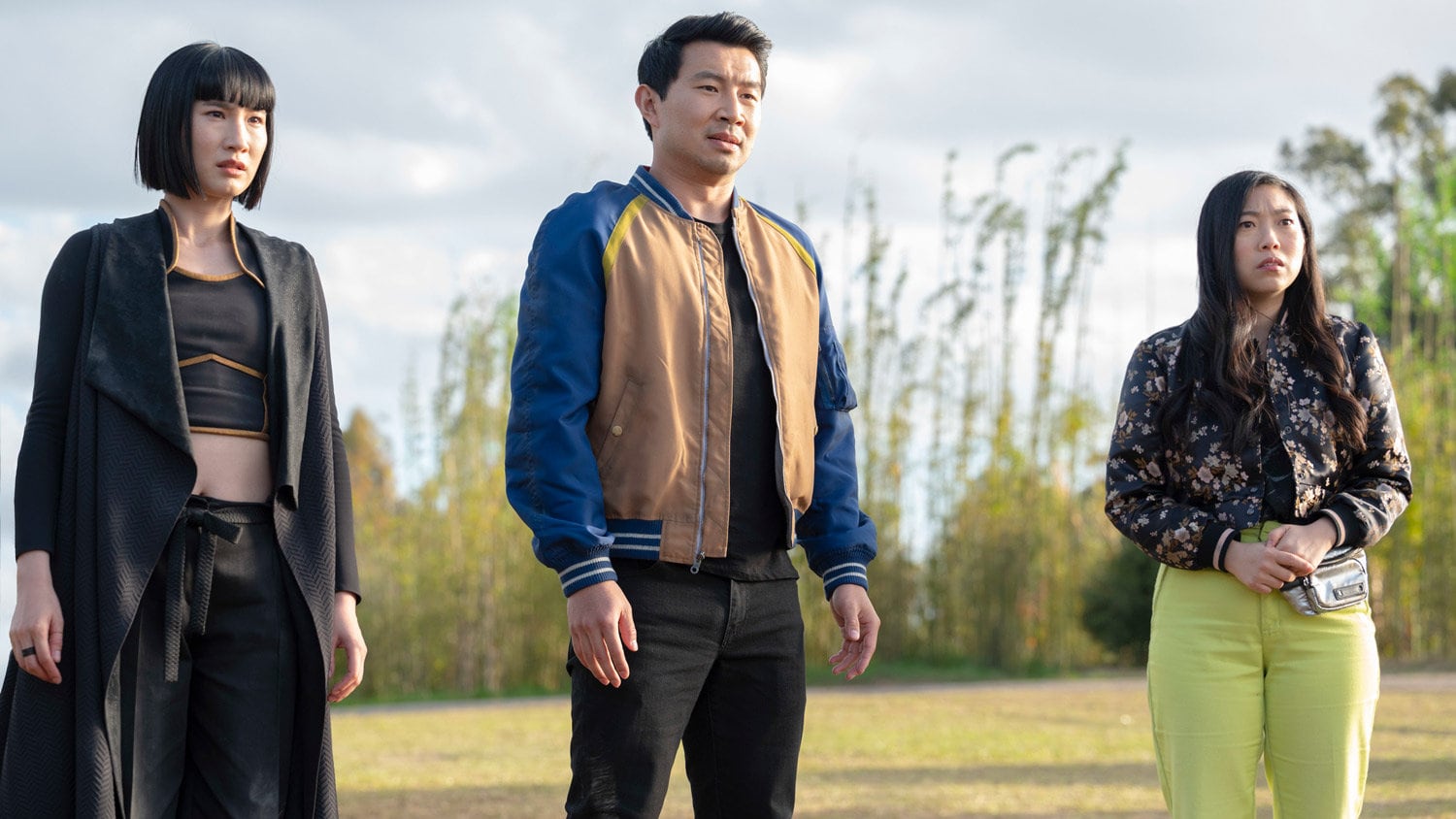 After successfully defeating the Dweller-in-Darkness in the village of Ta Lo, Shang-Chi returns to San Francisco with Katy, where the duo is approached by Wong who takes them to Kamar-Taj.

There he, along with the hologram presence of Carol Danvers and Bruce Banner (who is back to his human form), observes the Ten Rings and reveals that when Shang-Chi used them for the first time, they started sending out a signal and are acting as a beacon for someone or something.

Given the murky origin history of the rings, all Captain Marvel can confirm is that they are neither magical, from space, or made of vibranium.

But Banner does add that the rings are a lot older than the hundreds of years Wenwu used them, which means that whoever created and possibly whoever the rings are calling out to is also that ancient.

Halfway through the conversation, Captain Marvel leaves citing an emergency and Wong lets Shang-Chi know that whatever is at the other end of the signal the rings are sending out, if it turns out to pose any risk to Earth, he will have to answer the call to action just like other heroes have in the past.

While this was not his official initiation as an Avenger, the proper confirmation is most probably just around the corner or the next time, Shang-Chi joins the remaining Avengers to face a new MCU villain.

But there are a lot of questions that this scene raises and we will do our best to answer them all:

Who are the Ten Rings calling out to? 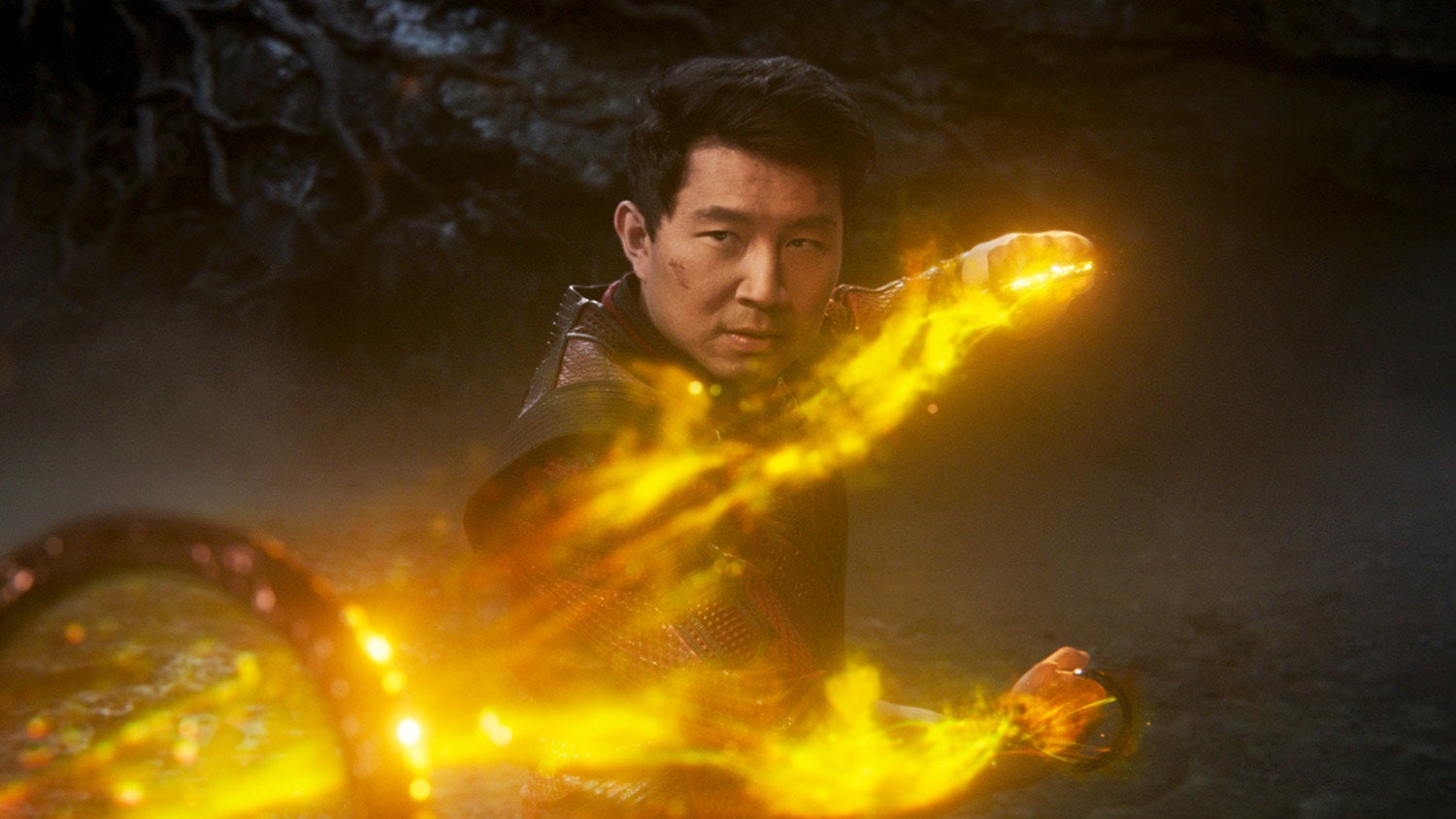 As MCU is yet to reveal the origin story of the rings, them acting as a beacon to a mysterious entity does sound ominous, especially if you consider their origin in the comic books.

In the comics, the Ten Rings are wonders of the highly advanced Makluan (a shape-shifting cosmic race) technology.

All ten rings contained the souls of deceased warriors.

The rings reached Earth when the Mandarin attacked a starship and killed the Makluan explorer Axonn-Karr to get his hand on the powerful objects.

If the MCU sticks to the rings’ comic book origin, they could be signalling the arrival of the villainous Makluan dragon-like alien, Fin Fang Foom, whose mission is to conquer every planet out there, including Earth.

Perhaps the Dweller-in-Darkness was just his minion and now that he has failed in his mission, Foom is finally getting ready to breach into the MCU dimension.

But MCU has rarely ever stuck to its comic book storylines and tends to warp them to suit its needs.

Maybe, while they will have an origin story similar to that in the comic books, their signal is not for an evil entity?

Maybe Shang-Chi using them to defeat the Dweller-in-Darkness was a signal to an even greater power, perhaps the Eternals, as the rings job could have been to alert them that more evil entities will be making their way to MCU’s Earth from whatever dimension the first monster came from since it has been killed.

But as the Dweller-in-the-Darkness needed the Ten Rings to break free, it is almost certain that they have a connection to the creature’s dimension.

It is also possible that the rings are working like the amulets in The Witcher by sending out a signal to sound the arrival of the tentacled ancient evil force, Shuma-Gorath, who is rumoured to be the big bad in Doctor Strange 2.

Maybe the rings were created by the Eternals in the first place and the beacon is to make them aware that its true wielder i.e., Shang-Chi is finally here.

All that remains to be seen is whether this beacon is going to be the harbinger of something good or some new villainous force.

What’s up with Bruce Banner? 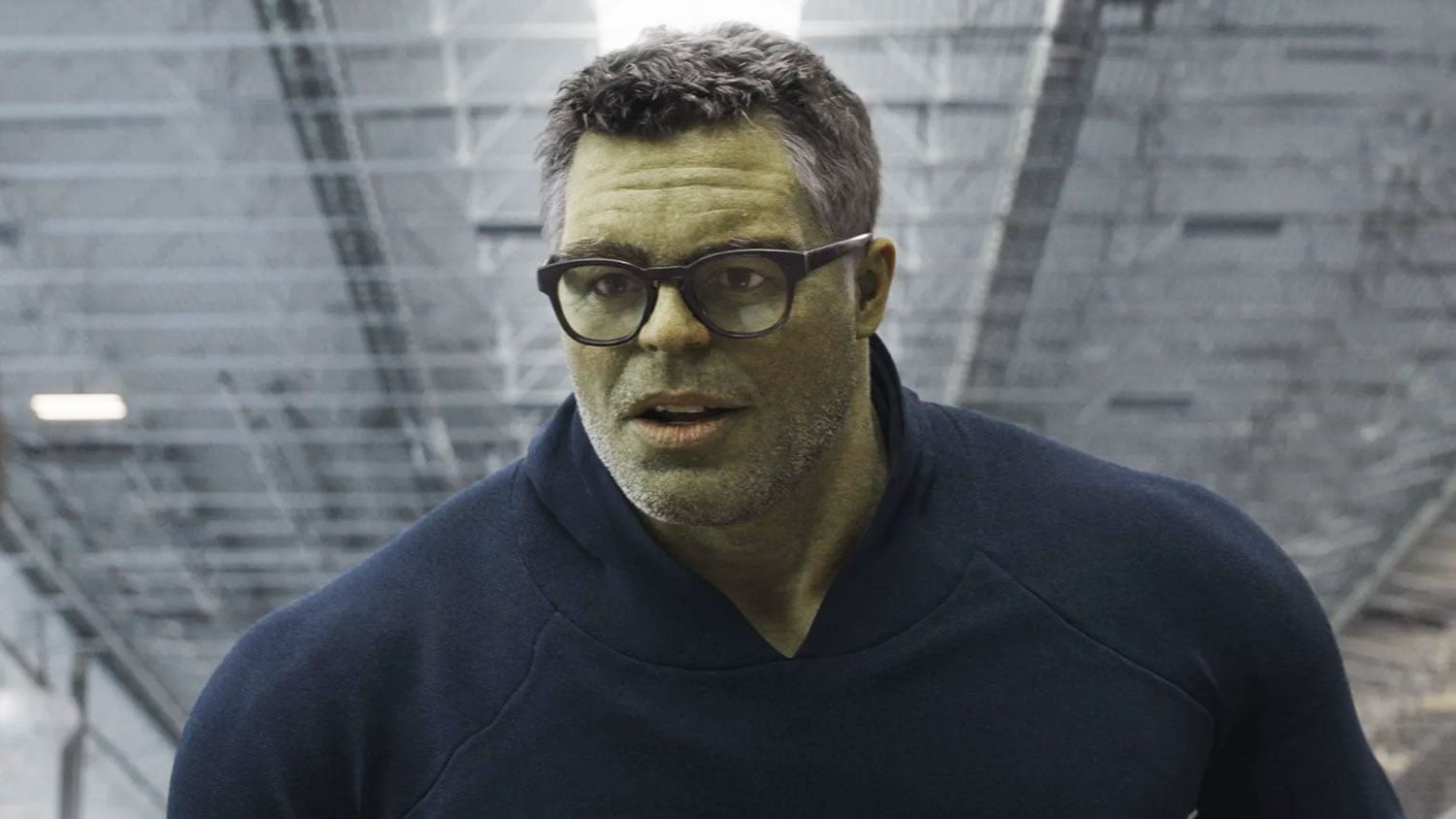 Last we saw Banner, he had successfully fused the brain with the brawn to become the Smart Hulk.

But in this scene, he appears in his human form though he still has the injury on his right arm which he sustained when he used the Infinity Gauntlet to undo Thanos’ Snap.

Maybe the injury, though manageable at the time, grew life-threatening with time and the only way to take the edge off was for him to revert back to his human form, permanently?

With Mark Ruffalo all set to appear in the upcoming Disney+ series, She-Hulk, alongside Tatiana Maslany’s Jennifer Walters, we can rest assured that this surprising transformation will not only be explained but will also be somehow connected to Walters’ becoming the She-Hulk.

Where is Carol Danvers off to? Where is Thor? Where is Doctor Strange? 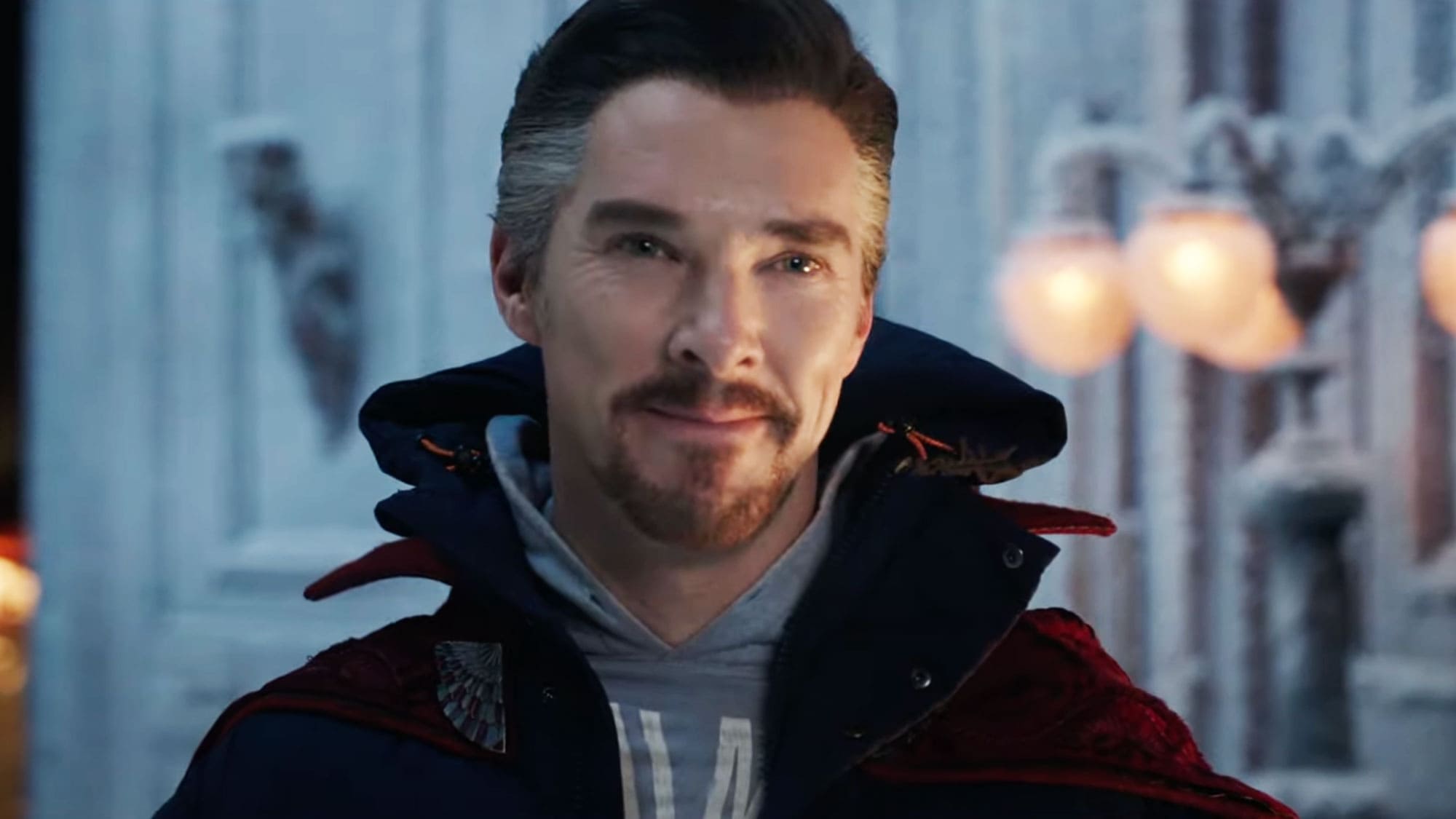 It is known that Captain Marvel had been helping other planets both during and after the Blip, but nothing is simple when it comes to a Marvel mid-credits scene.

During her conversation with Wong, Shang-Chi, Katy, and Banner, she bails on the group by saying that she has an emergency to address.

While it is possible that it is an emergency that sets up The Marvels, the absence of the other Avengers (Thor, Doctor Strange) is conspicuous.

Maybe the team is aware of the multiversal chaos triggered in Loki and were dealing with its effects during the events of the film because the absence of the Sorcerer Supreme and Thor, Asgard’s prince, feels super fishy considering their opinions in decoding the origin of the rings should be paramount.

They are up to something and it could be anything from them dealing with the multiverse, to Thor tending to the ill Jane or Strange being busy with the chaos he will accidentally trigger in Spider-Man: No Way Home or whatever awaits him in Doctor Strange 2.

Until Shang-Chi’s chronological status is confirmed (yes, it happens after the Blip, but when?), anything from the above-mentioned scenarios is plausible.