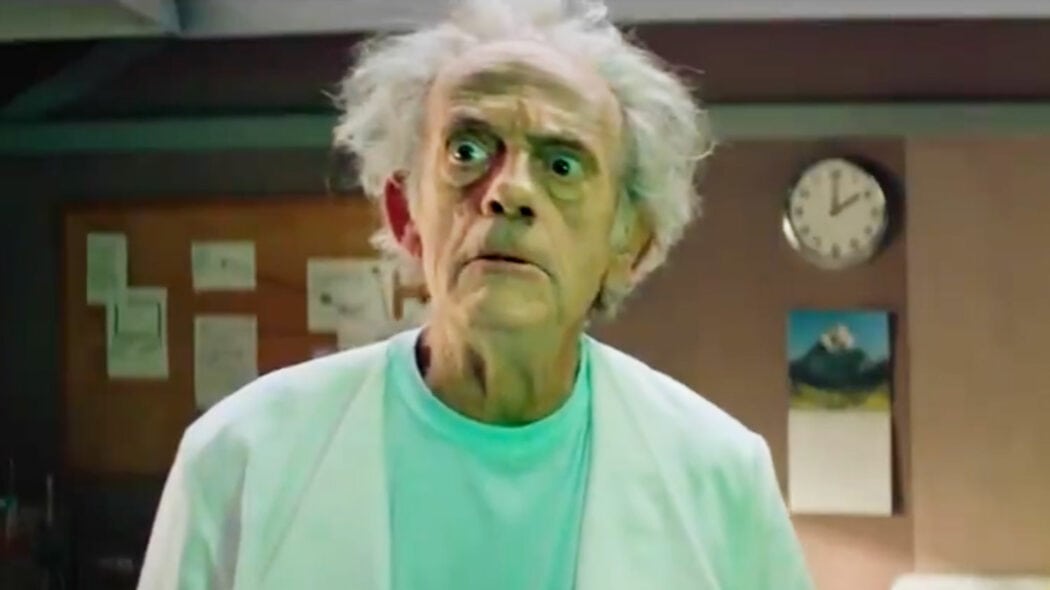 Well, it’s been revealed that Christopher Lloyd will be playing the live-action Rick in the upcoming season of Rick & Morty.

They released a little clip from one of their upcoming episodes of Rick & Morty in which they arrive through a portal back into their garage.

However, in the clip, they aren’t their usual animated selves.

Instead, they’re in live-action and Rick is played by legendary actor, Christopher Lloyd.

Christopher Lloyd was in the Back To The Future movies and he’s perfect for the live-action role of Rick.

As for Morty, he’s being played by Bill Denbrough who was in It and was brilliant in that movie.

Christopher Lloyd is the perfect live-action Rick in Rick & Morty

Read more: Zack Snyder Would Like To Do A Rick And Morty Movie

So, what will happen in this episode?

Well, your guess is as good as mine as far as that’s concerned.

I do wonder whether they might have jumped the shark a bit on this one.

There have been calls for a live-action Rick & Morty movie, and I wonder whether this should have been saved for that probability.

I also wonder whether the whole episode will be in live-action.

Given how much crazy stuff happens in Rick & Morty I don’t think they’ll spend too long in live-action.

It’ll be way too expensive!

Are you looking forward to watching Christopher Lloyd as the live-action Rick?