Only Muders In The Building Season 1 Episode 1 Review 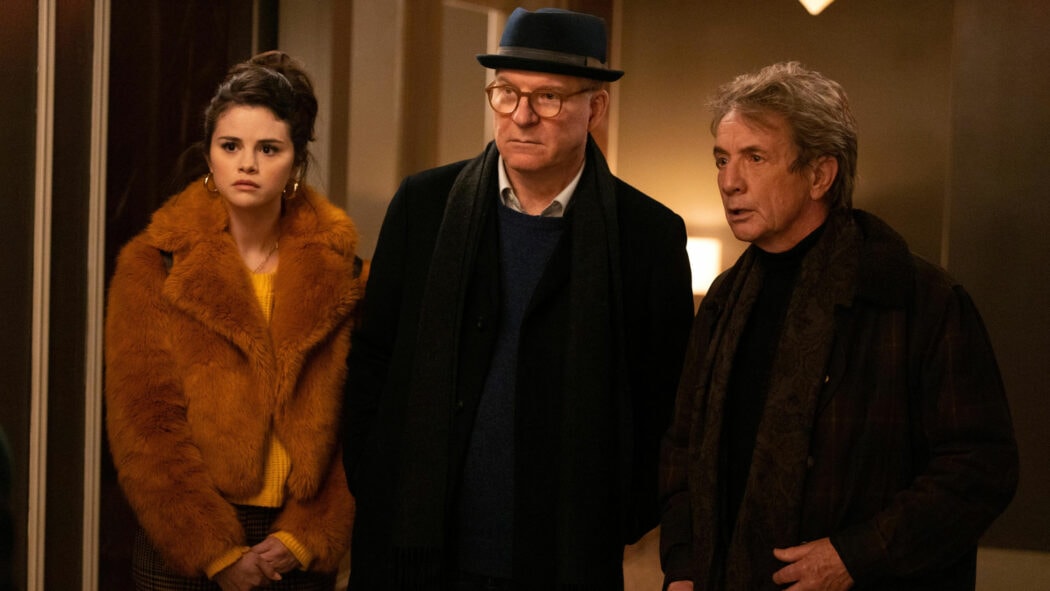 Only Murders In The Building on Disney Plus follows three strangers who all bond over their obsession with true crime stories.

Now there has been a murder in their building and Charlies, Oliver and Mabel, take it onto themselves that it isn’t suicide and decide to try and solve the mystery.

THREE SIMPLE CHARACTERS WHO ARE HIDING LOTS ABOUT THEMSELVES

This first episode of Only Murders In The Building is a great introduction to the characters we will be following.

Only Murders In The Building takes place in modern-day New York and all our characters are more complex than they first appear.

The bottom line is Charles (Steve Martin) is a struggling actor; Oliver (Martin Short) is trying to be a director and Mabel (Selena Gomez) is a lonely creative.

These three, start off as complete strangers that want nothing to do with each other.

We see in this episode the beginnings of a friendship between them, thanks to their love of the same podcast “All is Not Okay in Oklahoma”.

On the surface, our three protagonists, look like very simple characters but they are all hiding a lot.

I found it quite clever that there were lots of layers to these characters because it could have been really easy to make these three characters very one dimensional.

SELENA GOMEZ IS THE PERFECT FIT FOR MABEL 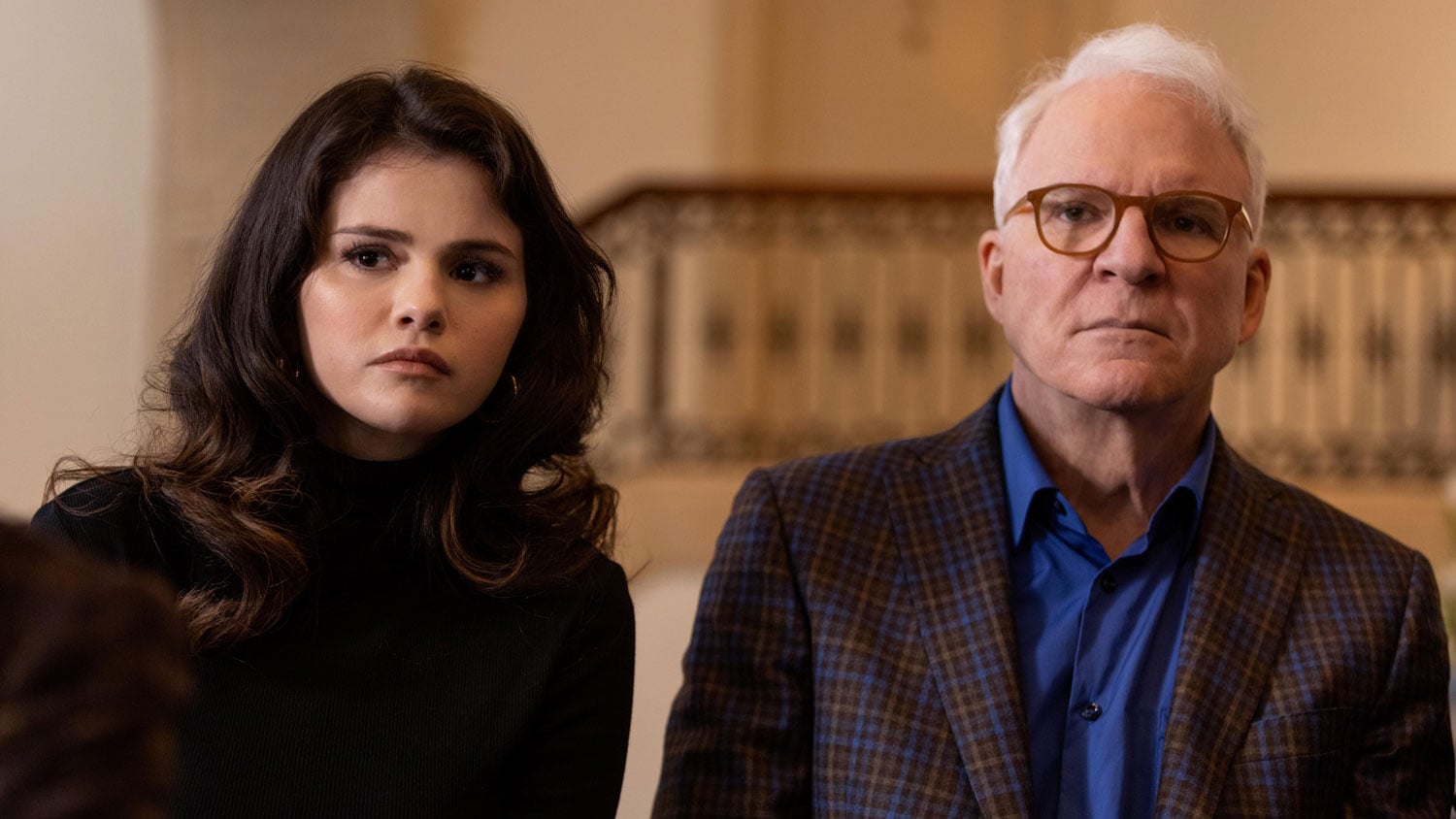 Read more: Where Are The Disney Channel Stars Now?

Mabel is a really interesting character; she is keeping a lot close to her chest.

I’m really intrigued to find out more about this character and if she is possibly involved in the murder in some way.

It is clear that this isn’t her first crime mystery, so I hope we get to find out more about her childhood and what really happened to The Hardy Boys.

Selena Gomez feels like the perfect fit for this character and she plays the mysterious Mabel really well.

I’m looking forward to the next episode to find out more about her and her connection to everything.

OLIVER LOOKS LIKE HE HAS HIS LIFE TOGETHER, BUT THAT IS FAR FROM THE TRUTH

Oliver is a very complex character that I wasn’t expecting.

On the outside, he looks like he has his life together.

He lives in a very grand apartment and has lots of ideas for projects, yet he has to go to his son for money.

Martin Short put on a great emotional performance, as you could tell he was in a difficult situation, he wants to succeed but nothing is going his way.

Oliver seems like such a likeable person, and he just wants to put things right.

As the season goes go, can we assume that his money troubles are going to come into play with the investigation or the podcast?

I want to say now that I don’t think Oliver has anything to do with the murder, but if he does, I would be very surprised.

CHARLES JUST WANTS TO BE ALONE, BUT WHY? 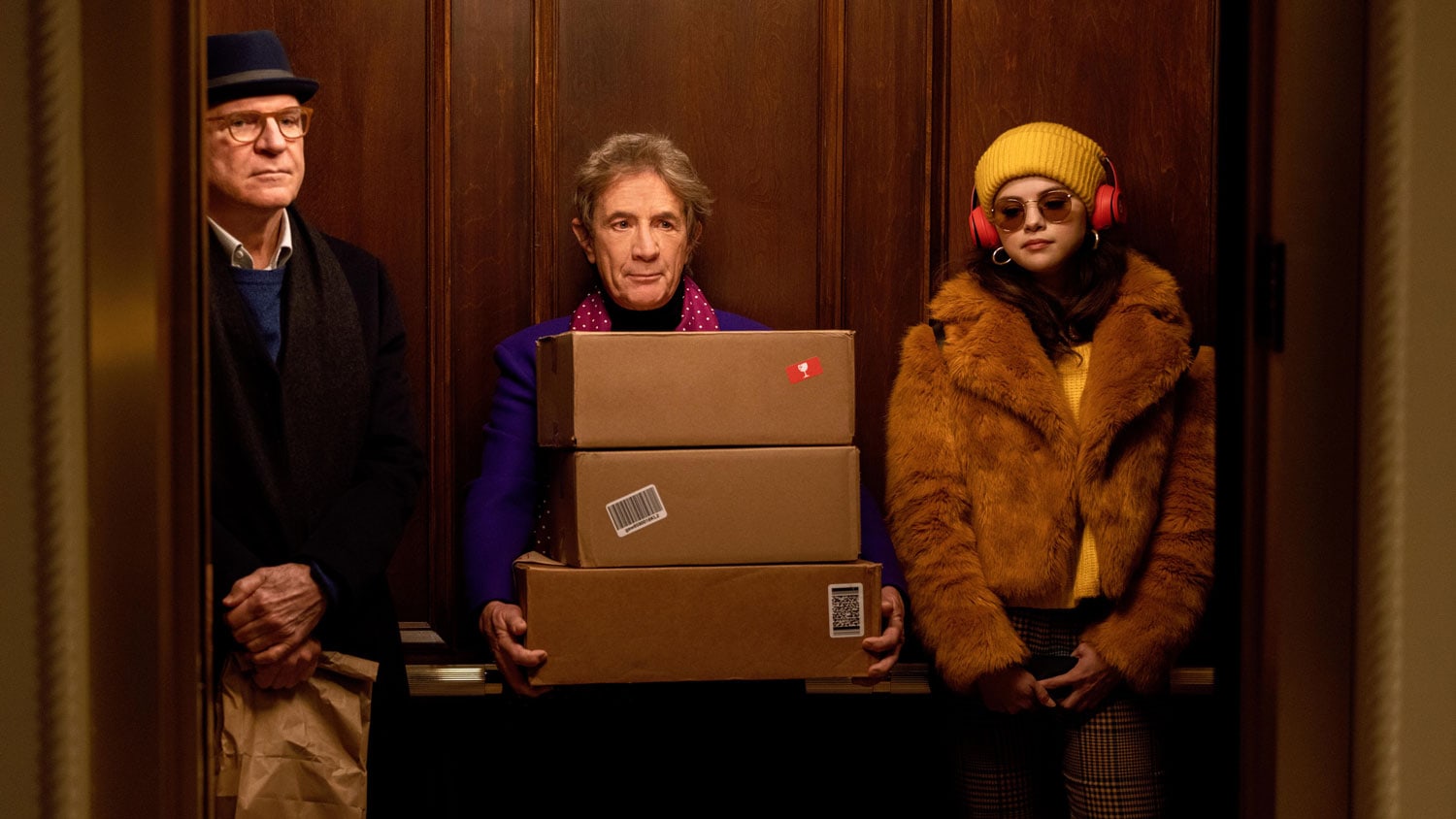 Read more: Could Green Arrow Be Coming To The DCEU Soon?

Charles is hiding quite a lot; he seems to be the one pushing for this trio to do the investigation the most.

Steve Martin gives a great speech about how he should be alone and talks about his father yet at the end of the episode, it is revealed he did have a partner.

There is an emotional side to all these characters and this ex is the part of Charles life that has hurt him the most.

I want to find out why she left because he seems like a very nice guy.

Just like Mabel, Charles intrigues me, I want to find out more and find out what he is hiding.

Surely, we can cross Charles out straight away from suspicion.

The person who dies is known as Tim (Julian Cihi); we are given very limited information about him.

This means we can assume we will learn more about him as the series develops.

However, I have to say that I loved the ending scene, where we see a picture of Tim, with someone we may not have expected to see him with.

COULD THE WHITE HOODED FIGURE BE THE PERSON WE ARE LOOKING FOR?

In this episode, the fire alarm goes off in the building and I think it’s worth remembering that Charles notices a white hooded figure going upstairs while everyone is running out.

You would assume that it will turn out that this white hooded figure is the killer but who could that be.

There are a lot of possibilities and the scene we saw at the start of the episode might be to throw us off.

That flashback might make us think in a certain way but it could be a curveball, that we will only discover at the end of the season.

We end this episode with Charles, Olive and Mabel setting up their own true-crime podcast to investigate Tim’s murder.

They name it “Only Murders in the Building”, which could be foreshadowing that there are more deaths to come.

This isn’t a laugh out comedy so far, but it could get funnier as the series moves forward.

Charles, Oliver and Marble are very complicated characters, yet they feel real.

I’m excited to see how the rest of this season pans out.

What did you make of Only Murders In The Building Season 1 Episode 1 on Disney Plus?