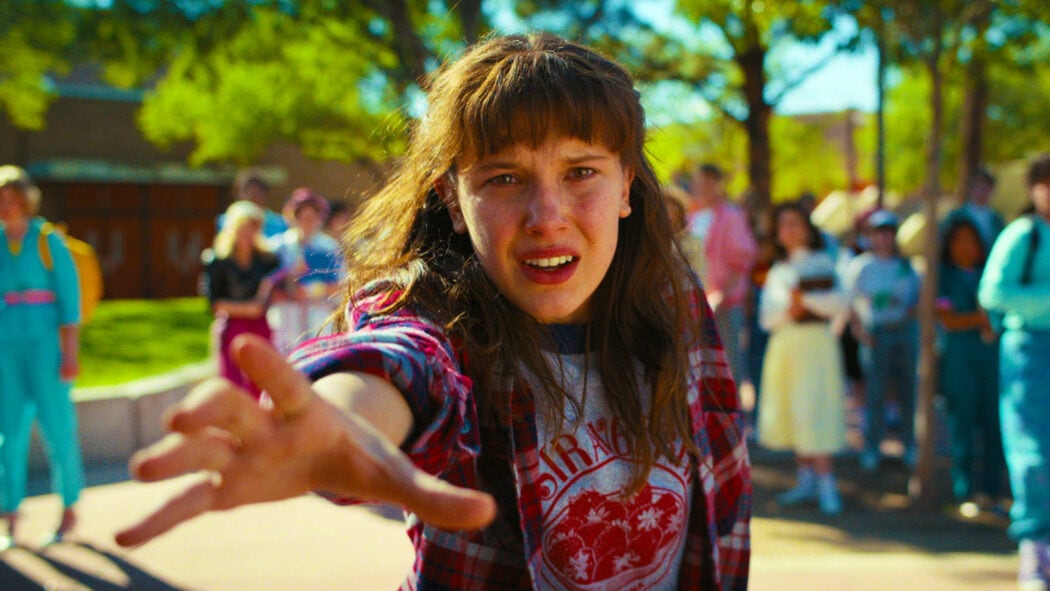 It’s been revealed that Millie Bobby Brown has agreed to join the Russo Brothers’ new movie which is called The Electric State.

This was revealed by Collider.

The movie is slated to begin filming in October 2022.

Anthony and Joe Russo also confirmed that the film had finally been picked up by Netflix.

The movie is going to be based on a 2018 illustrated novel by Simon Stålenhag.

The book is set in an alternate version of the United States in 1997.

It follows the adventures of a teenage runaway and her robotic companion.

They set out on a journey across this crumbling and rather horrid version of the US.

The movie’s screenplay was adapted by The Gray Man co-writers Christopher Markus and Stephen McFeely.

They both previously worked with the Russo Brothers over at Marvel Studios.

There’s no news on which character Millie Bobby Brown will be playing in The Electric State.

However, it does seem as though she’ll be playing the lead character.

This all comes after it was reported that Millie Bobby Brown might also be in talks with Disney executives for a role in a future Star Wars project.

An unnamed source stated the following:

She’s had contact with Kathleen, who is aware of her desire to feature in a movie or play a central role in one of the new TV projects for Disney Plus.

The source also stated that Brown “doesn’t need to audition — it’s more a case of how the director and her bond. She has the gravitas to hold down the lead for that universe.”

Are you looking forward to watching Millie Bobby Brown in this new Russo Brothers movie?