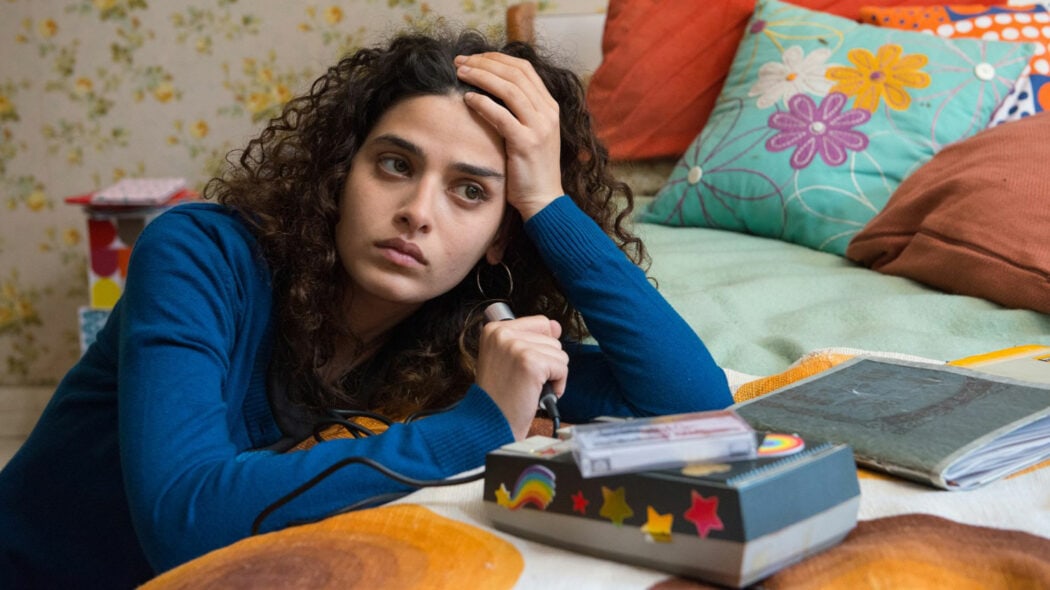 Joana Hadjithomas and Khali Joreige cast a wide net when it comes to their artistic expression: making documentaries, narrative films as well as a range of other different art installations – talk about creativity!

Their latest project sees them turning their talents once more to feature filmmaking, as they write and direct new drama, Memory Box.

Maia’s mother, played by Clémence Sabbagh also lives nearby and whilst visiting on Christmas Eve a large parcel is delivered containing a collection of notebooks, photographs and audiotapes that Maia had previously sent to her friend in France from Lebanon during the Civil War.

The box reveals to Alex a hidden history about her mother but also raises tensions between them and her grandmother, who like Maia is also reluctant to expose Alex to the full extent and truth of their past. 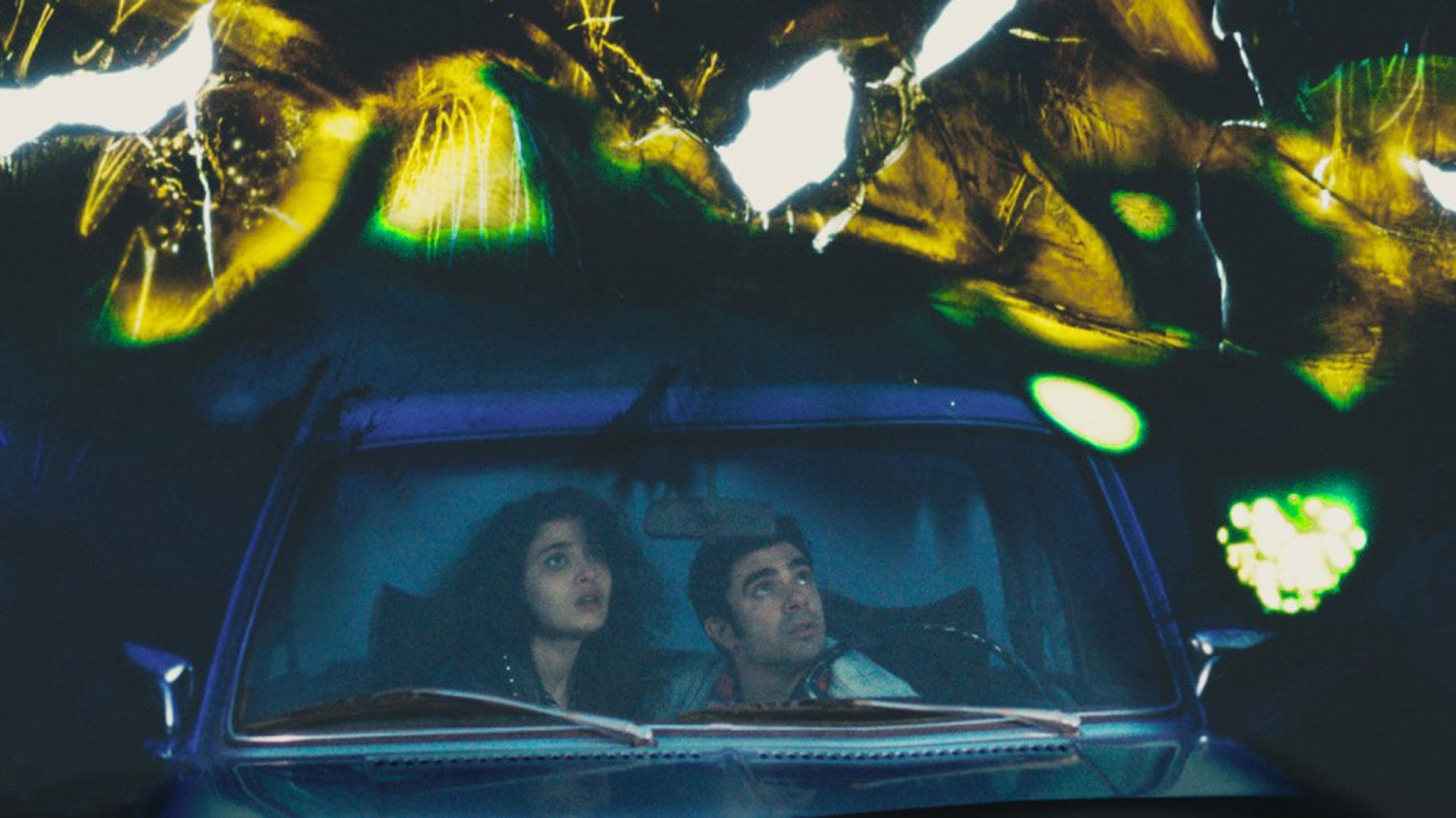 The film begins in the midst of a raging blizzard on Christmas Eve in Montreal, with Alex and her friends discussing the treacherous conditions via a social media group chat.

This unavoidable threat restricts their plans, separates them from each other and keeps them inside their respective homes; it almost begins to mirror some of the effects, far less severely of course, that her mother would have experienced during the conflict in Lebanon.

This natural inconvenience will likely be the closest thing that Alex and her friends will ever endure that even begins to give the slightest insight into her mother’s experience, except they have the reassurance that the blizzard will subside, whereas Maia couldn’t be sure when the conflict would end.

What better way then for Alex to learn about her mother’s real experiences during this time than the first-hand thoughts and feelings she herself expressed through her correspondence with her best friend, Liza.

Hadjithomas and Joreige use a selection of their own notebooks, photos and tapes from their time living in Lebanon to create the contents of the package that is delivered to Maia and the finished project, the memory box, really is itself a work of art.

Nothing less would be expected from such creative artists but this is far more than just a visual stimulation as the scrapbooks especially greatly enhance the storytelling.

The way they are used in retelling Maia’s story of her time in Lebanon is so creative and allows the past to be resurrected by the pages of these scrapbooks, coming to life like a live-action comic strip.

They act as a gateway to Maia’s adolescence and unlock a brand new narrative, splitting into a past and a present timeline for the remainder of the film. 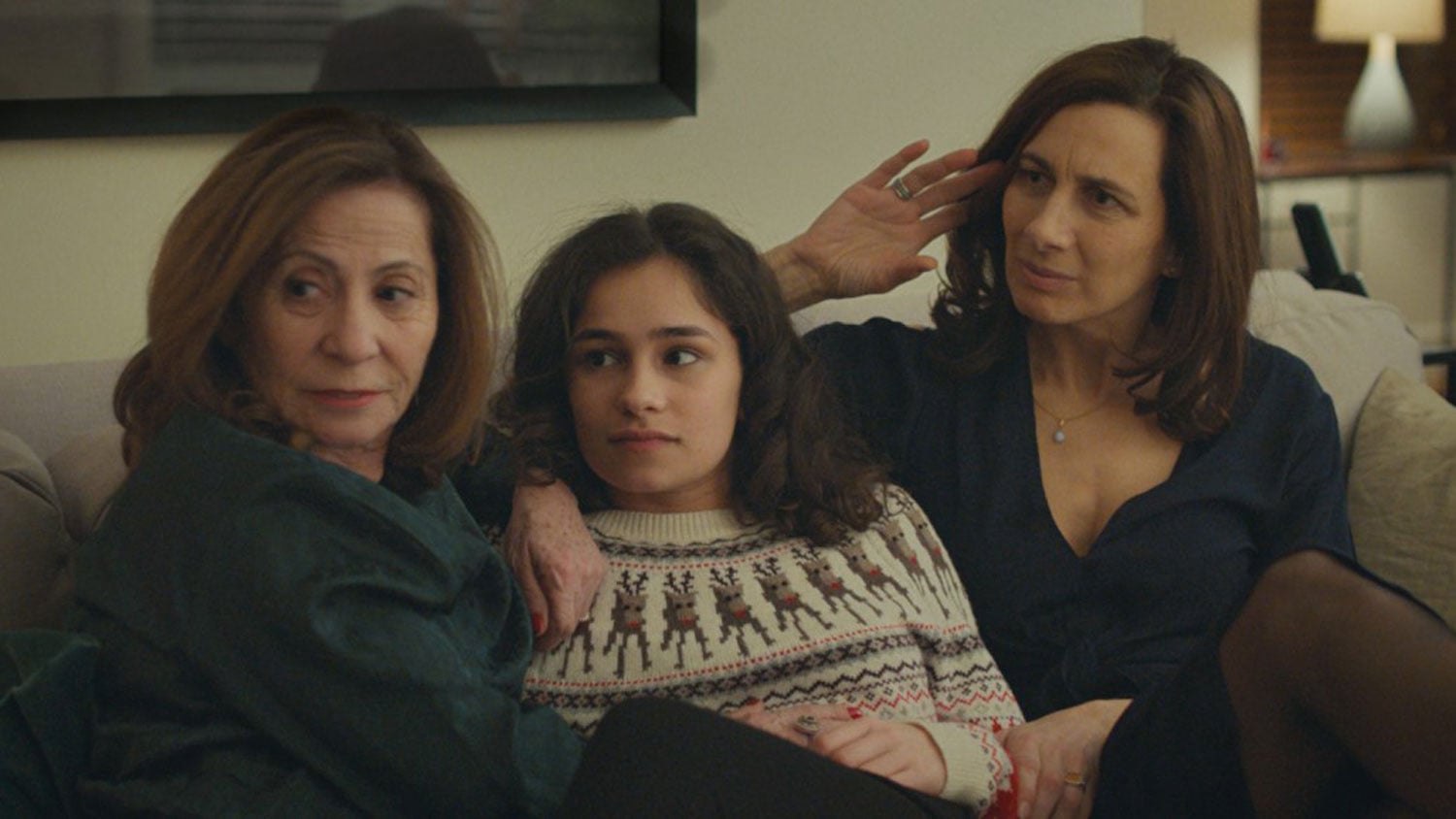 In this added narrative it’s Manal Issa who portrays the teenage Maia and she contributes to a collection of excellent performances from the main cast.

The three different generations of women featured here deliver emotional and layered portrayals of their respective characters helping to create compelling drama throughout the overarching narrative.

Once the second timeline is introduced it takes precedence over the present-day one, however, this isn’t necessarily an issue, and the film’s final twenty minutes does see a shift back to the original narrative.

It could be called uneven but the more defined sections work in its favour and really help to convey Alex’s deep dive into her mother’s history as the film simultaneously immerses the audience in it as well.

Ultimately the strength of the performances means that it’s easy to settle into either of the narratives, forgiving any potential imbalance and by the culmination of the film it’s clear to see how they have complimented each other.

Memory Box is More than One Kind of Film

Read more: Lucifer Season 5 To See The Return Of The Devil’s Mother? Here’s How

Amongst the dual narrative Memory Box contains a wealth of genres waiting to be discovered within its contents, not restricting itself from the possibilities of a multifaceted story.

This is at its heart a family drama, Alex wants to connect with her mother and her roots and Maia is able to reflect on her adolescence as well as the effect her experiences have had on her family here and now.

Of course, this is also a war film, and whilst it doesn’t necessarily expose viewers to the core of the conflict it takes its chance to show the impact of this war on civilians and also those who got drawn into the fighting.

It doesn’t stop there though as the film also acts as a coming of age drama, through the scrapbooks and audiotapes we learn about Maia’s first love, friendships and family life in the midst of a nationwide crisis.

However, no matter which timeline the film finds itself in or what context it’s clear that everyone just wants to let go and dance to Blondie – surely that’s the ultimate freedom?

So whilst at first glance, it might appear that Memory Box is packed only with gimmicks it quickly proves its cynics wrong by using these creative techniques to craft a compelling and coherent story of a family and their personal history.

All in all wrapping up its story, spanning three generations and several decades of time in a neat fashion, complete with a cinematic bow to boot.