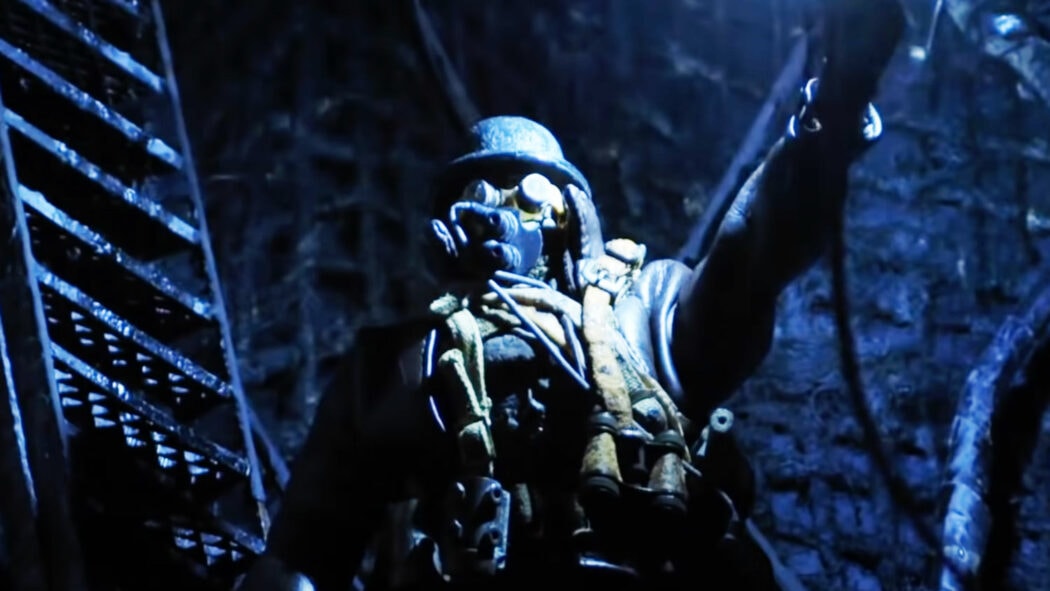 The name Phil Tippett may not be familiar to everyone, however, the films he’s previously worked on are known to everyone – they’re some of the most popular titles of all time.

Jurassic Park, The Empire Strikes Back and RoboCop are just a few of the famous titles that visual effects expert Tippett has helped to bring to life throughout his long and successful career.

His impressive film work has been recognised many times as Tippett is the recipient of two Oscars, two Primetime Emmys, a BAFTA and countless other awards.

However his latest project, Mad God, that’s been thirty years in the making, sees Tippett not just working with the effects but also writing, directing and producing.

Tippett’s film is a feature-length, stop motion animation that can only be described as a torturous descent into cinematic hell.

The film begins with an opening crawl, not dissimilar to those that precede the Star Wars films that Tippett himself worked on.

However, in Mad God instead of giving viewers necessary context like the popular space adventure series does, it uses a biblical excerpt from the Old Testament book, Leviticus, warning readers about the consequences of disobedience – perhaps a foreshadowing of what is to come?

Nonetheless, the film begins promptly after this and follows a character known as the Assassin who ventures to a series of bizarre landscapes inhabited by an indescribable collection of creatures.

Beyond this brief synopsis, nothing else narratively is made very clear, and that’s the ultimate problem with Mad God, it’s completely inaccessible.

However, credit where credit is due – Mad God is a masterpiece in terms of its technical achievements in stop motion animation and the craftsmanship on display is undeniable, but that doesn’t automatically translate into being a good film.

As unfortunately, this animated nightmare is nothing short of an excruciating cinematic ordeal that will require an incredibly acquired taste to extract any kind of enjoyment from.

After the opening crawl, the film almost immediately alienates its audience, seemingly taking an age to get started or introduce any clear narrative.

Little does the audience know but the wait for this story to start will take the full running time as its absurd content never gives itself any kind of grounding or offers any explanation.

Mad God is One Holy Mess 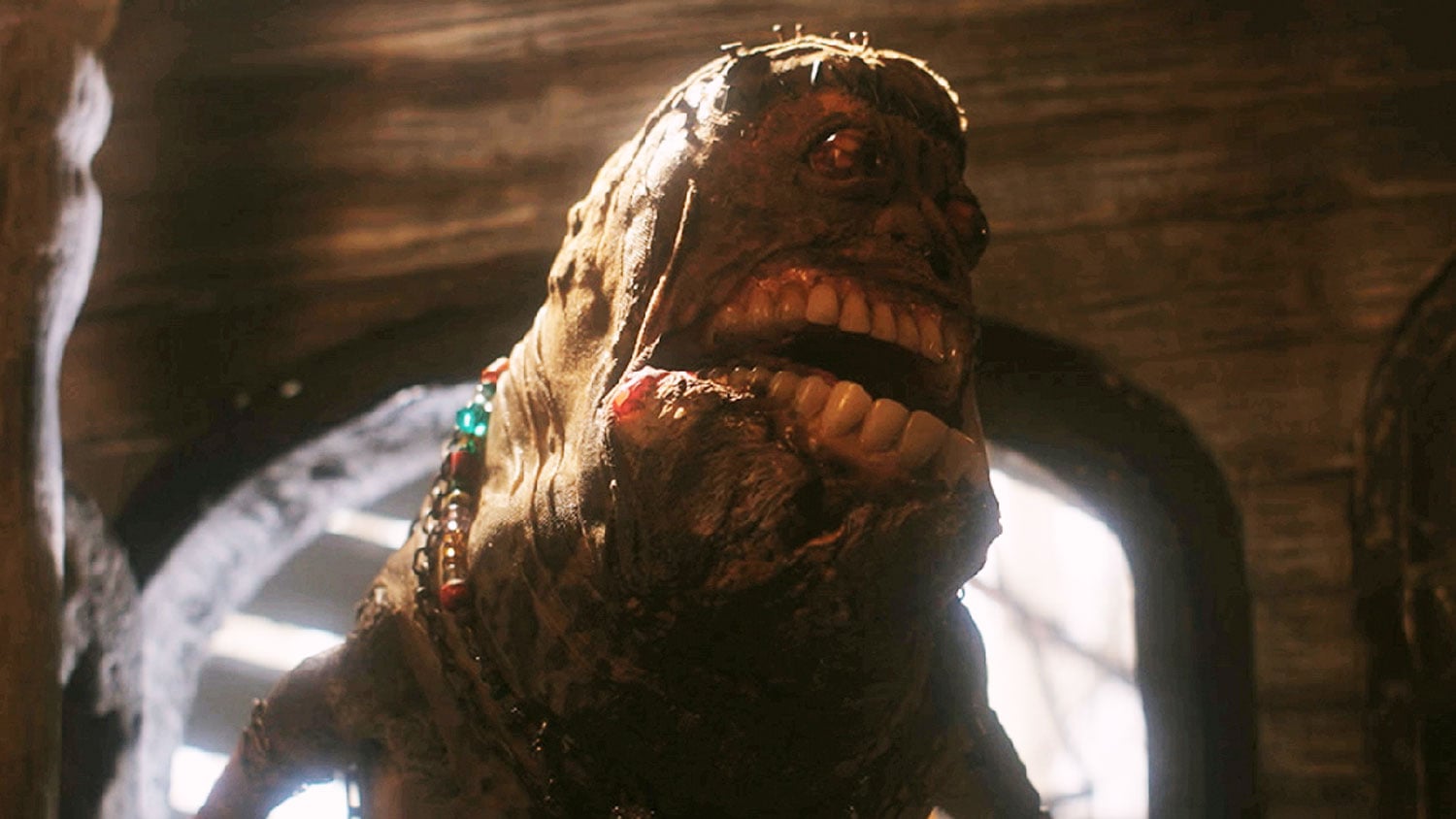 So with the lack of any real narrative, Mad God gives audiences absolutely no reason to care about what is happening before their eyes, causing the film to grate on viewers with increasing intensity as it progresses.

In its abstract existence, it prevents audiences from wanting to work out what it all means because it gives viewers so little to work with that it will result in a complete disinterest from those subjected to its horrors.

In addition to the collection of meaningless visuals, there’s a complete lack of dialogue too, meaning that audiences are left with their own thoughts to accompany the insanity unfolding in the film.

This dialogue-free abomination of animation only facilitates the mind to wander and will no doubt give viewers the opportunity to completely switch off.

The inclusion of dialogue may have at least distracted audiences somewhat but the film doesn’t choose to grant viewers this relief, instead oddly attempting to infuse some live-action elements into the animation which only cheapens the impressive stop motion already on display – the only thing the film actually has going for itself.

Mad God Won’t Be For Everyone 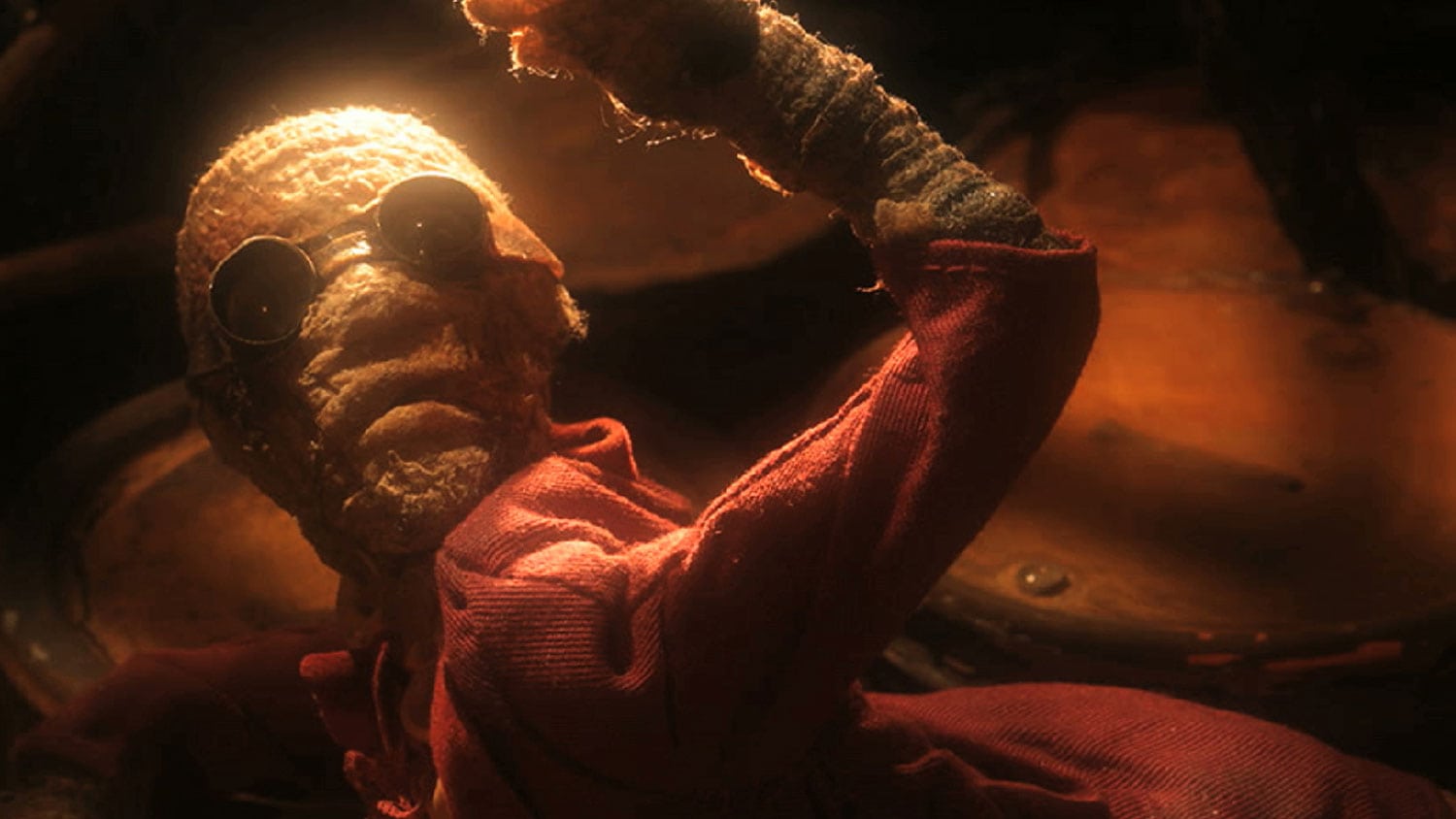 Audience levels of toleration for this unique piece of filmmaking will vary greatly but ultimately Mad God just doesn’t do enough to be engaging.

Moving aimlessly from one sequence to the next, relying on the shock value of its hideous and grotesque animated creations rather than crafting any kind of coherent narrative.

Unless viewers have a pre-established interest in this film, of which there will be many, there’s nothing here to make this a recommendable title.

Yes, the stop motion is excellent but this craft alone isn’t enough to make Mad God a worthwhile experience and it can’t sustain audience attention over the course of a feature-length running time.

Previously Tippett won an Oscar for his visual effects work on Jurassic Park, a film that successfully marries its outstanding effects work and an engaging narrative together – a line from one of its characters, Dr. Ian Malcolm, comes to mind when thinking about his latest work here on Mad God.

“Your scientists were so preoccupied with whether or not they could, they didn’t stop to think if they should.”