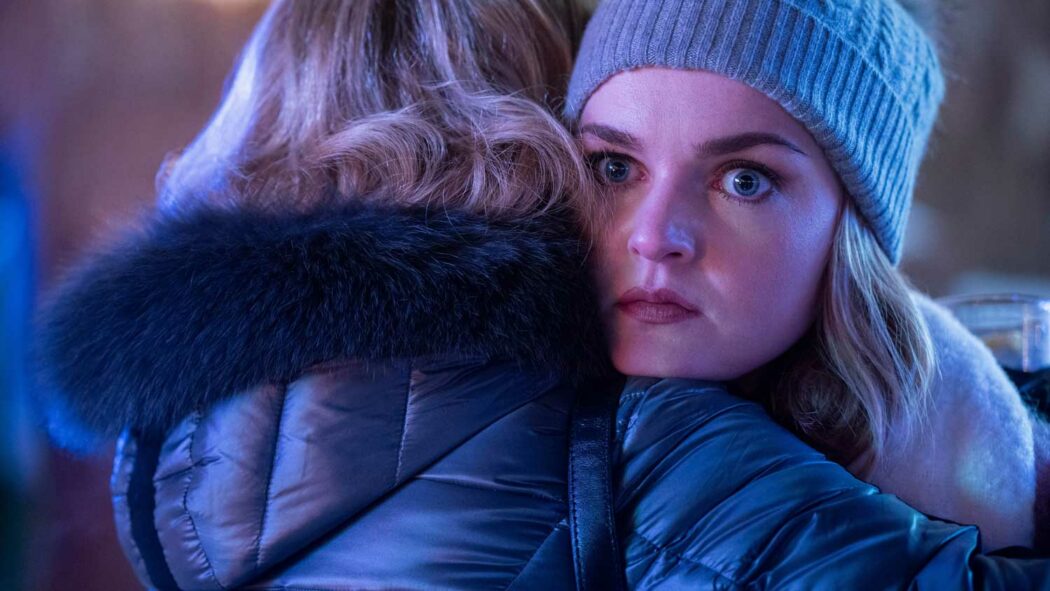 Locke And Key Season 2 is going for a much darker tone in this episode (Episode 6) and it does it well. The darker tone works a lot better than the teen romances. This is probably one of the best episodes so far and now I want this high standard to remain. This episode was unexpected, full of tension and it was just fabulous.

KINSEY MUST PRETEND THAT EVERYTHING IS NORMAL

We start this episode exactly where we left off in the previous episode of Locke And Key Season 2. Gabe (Griffin Gluck) is at the door and we aren’t sure what is going to happen next. This episode was all about trying to keep the truth hidden until a plan was finalised. The news that Gabe is actually Dodge is the most hurtful for Kinsey (Emilia Jones). She feels lied to and her world has been turned upside down. The fact that she now has to pretend that everything is ok when really, she just wants to run away and hide was fun to watch.

Kinsey may have been acting strangely, but it feels as if Gabe knew something wasn’t quite right about his girlfriend. She is acting very strangely and keeping secrets from him. It feels as if the past couple of episodes that Gabe has been growing more and more suspicious of Kinsey. Yet he constantly defends her. I do wonder what will happen to Kinsey once the real Dodge comes out.

A NEW KEY IS DISCOVERED IN LOCKE AND KEY SEASON 2 EPISODE 6!

Later on, Duncan (Aaron Ashmore) and Bode (Jackson Robert Scott), discover another key. A key which neither of them has seen before. This is the chain key. I quite like that Duncan is not suffering anymore and can be involved with the Locke children. I especially liked the interactions between Duncan and Erin (Joy Tanner) in this episode. You can tell that these two characters have years of memories together.

It’s strange how Erin feels as if it’s her duty to deal with Dodge and yet Duncan tells her that she needs to leave to live her own life. Either way, maybe this was foreshadowing what was going to happen at the end of this episode. Erin spent so long trapped in her own mind and now she is fully free.

ERIN GOES ON A SOLO MISSION 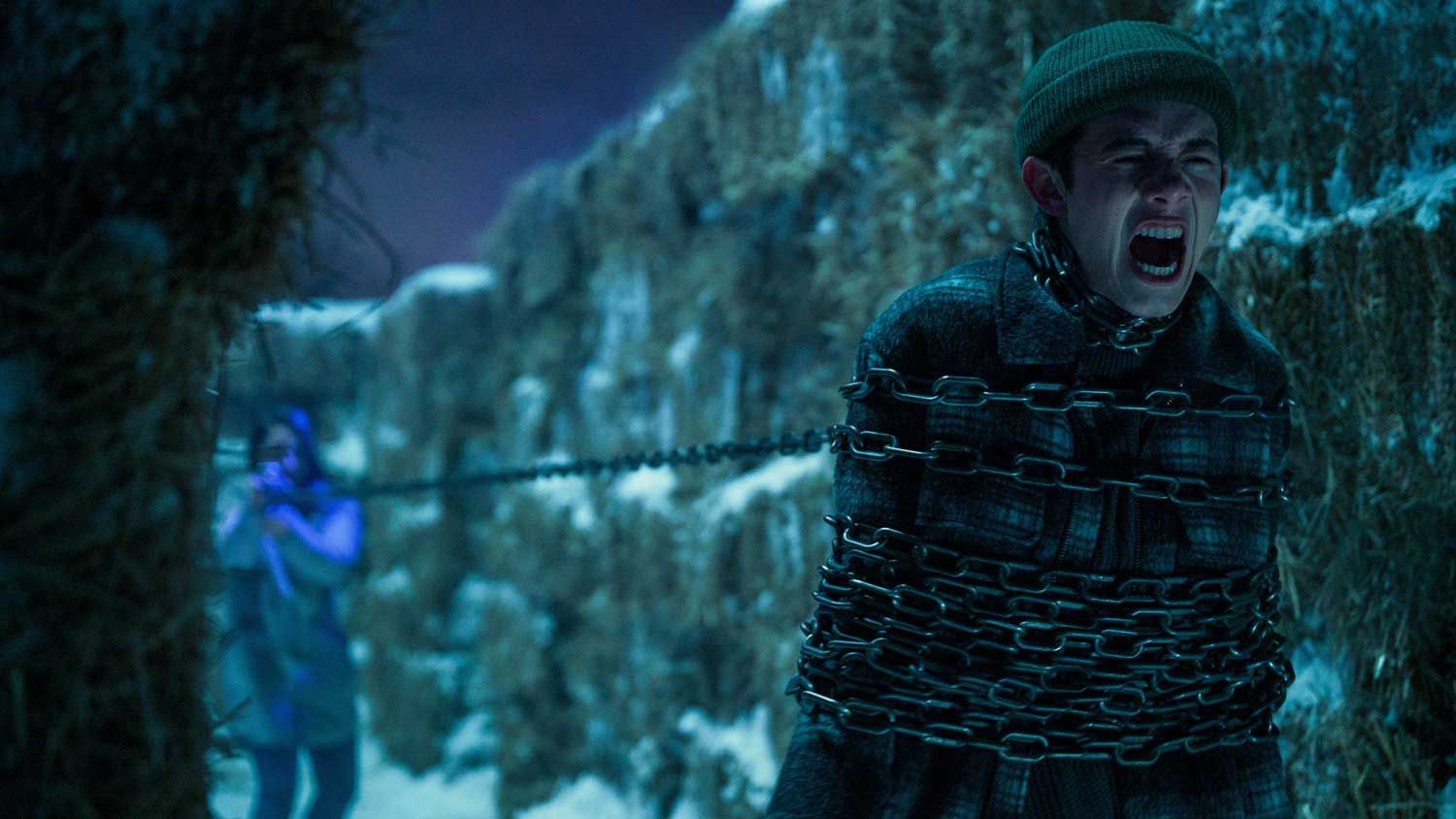 Erin goes on a solo mission as she tracks down Dodge in one of the most shocking scenes in the season so far. Seeing the darker side to Gabe, where Dodge takes control works really well. Griffin Gluck is fantastic when his character goes darker and it works really well. We started this episode with Erin optimistic about the future and we end this episode with her brutal death. I didn’t expect to be saying goodbye to Erin so quickly. Her death was a shock and it feel as if this is the catalyst to get the plot really moving. It was a sad and surprising end to the episode, which shows that this show could have a lot of promise.

Alongside this Tyler (Connor Jessup) tells Jackie (Genevieve Kang) that he has found the memory key, so they can remember magic together. Unfortunately, things don’t go according to Tyler’s plan. Jackie tells Tyler that she doesn’t want to keep magic within her life. Instead, she wants a normal life.  It now feels as if the future of Tyler and Jackie is up in the air, what will happen to the pair?

To be honest I don’t feel invested enough with these character’s relationship to care what happens between them. I do feel bad that Tlyer went through all the effort to find the key for Jackie and yet she doesn’t even want it. I’m curious to see what will become of the pair after this.

A DARKER TONE WORKS WELL FOR THIS SHOW 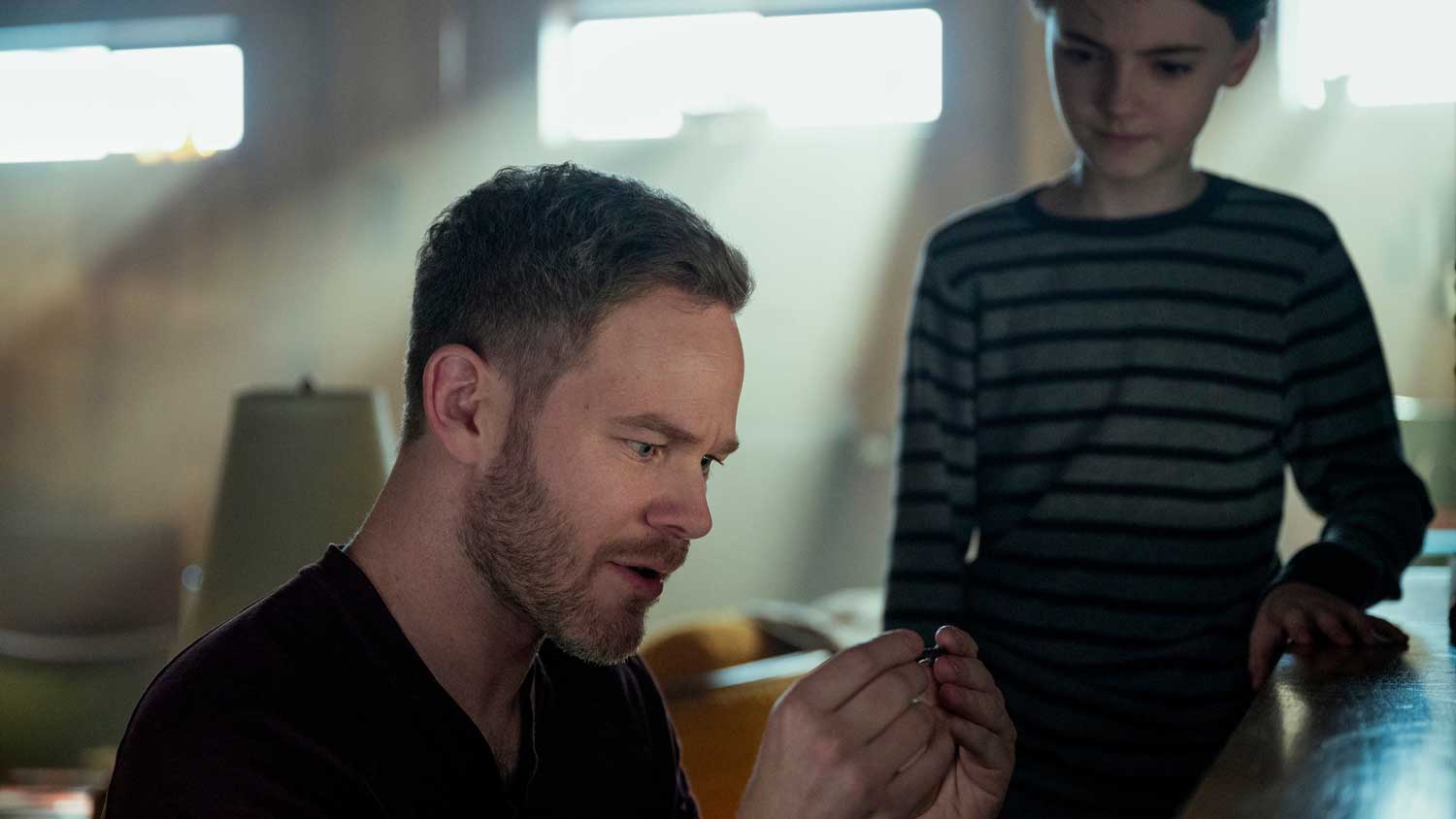 This latest episode is a step into the right direction. The darker tone works really well and I hope that the rest of the season carries on with this dark tone. Now that the secret is out for the Locke children, they know who Gabe really is, there is a different atmosphere. The performances and the writing are slowly is getting better with each episode. The ending of this episode was shocking and I really loved every moment of it. I’m intrigued to know at what point Gabe will realise that his secret is out.