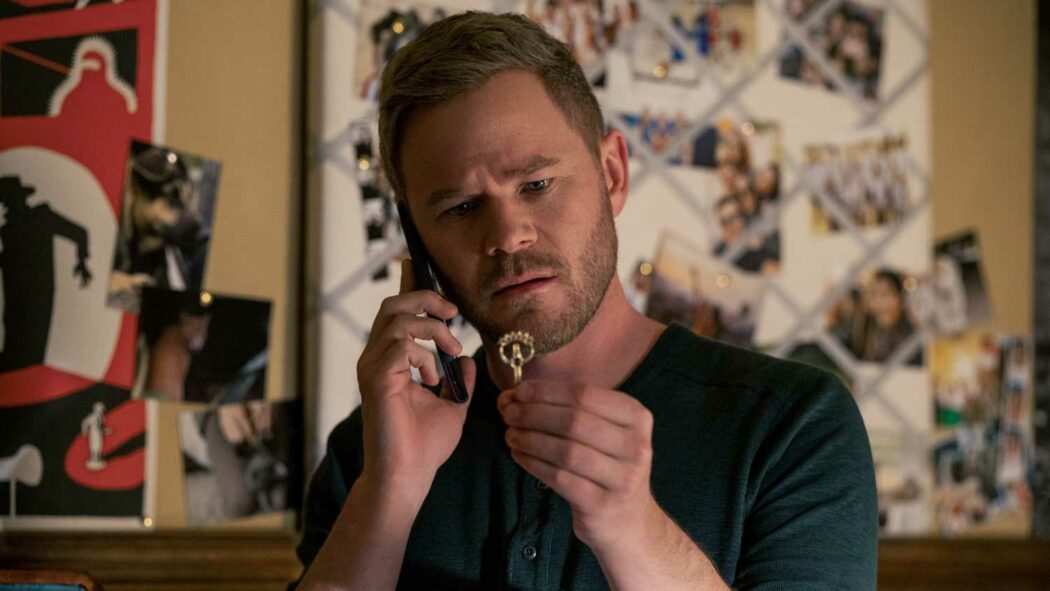 Locke And Key Season 2 Episode 4 was a slight improvement from the previous episode, but I am still waiting for this season to get going. It still feels really slow, and yet we are reaching almost halfway through the season and I can’t really say that much has happened. This episode does give Duncan some really interesting character development moments, which were surprising but interesting to watch. The aftermath of him getting his memories back is probably the best part of this episode.

DUNCAN STRUGGLES WITH ACCEPTING HIS LOST MEMORIES COMING BACK

In the previous episode, we left with Duncan (Aaron Ashmore) about to get given his memories about magic back. In this episode, we deal with the aftermath of this. I do wish that we got to watch how he got his memories back and what it was like for him. Hence, it is a shame that we couldn’t see that. However, the aftermath of what is happening to him is really interesting. He seems like he is going insane because his mind is being flooded with past memories which aren’t very nice and he has to now relive some of the darkest moments of his childhood again. Aaron Ashmore did well, in this episode and I really enjoyed his performance. I believed that something is wrong with Duncan and he made this process of him getting his memories back really entertaining.

Duncan’s memories are fractured and this could be linked to a key, either the Ghost or Anywhere key. His mind is fractured and as we progress through this episode, he is breaking. We watch Duncan slowly lose his mind and he himself feels as if he is going mad. I do wonder, how crazy Ducan will go or can he recover from this. This plot point is probably the most interesting part of the entire episode.

WE NEED TO MOVE AWAY FROM ALL THE TEEN ROMANCES

Tyler (Connor Jessup) goes all out for Jackies’ (Genevieve Kang) birthday, from decorating her locker and using the anywhere key to send them both to Bath, England. The pair enjoy their day together until Jackie has another memory loss episode and panics as she can’t remember where she is or how she got there. She asks to go home, which Tyler does. They go back home and Jackie is done with magic, but Tyler somehow manages to persuade her to give him more time.

Like in my previous review, I just wish there was some more urgency with Tyler. I’m not really too bothered or that invested with this teen romance, I’m more interested in watching Tyler trying to find this key that helps them keep their memories. Yet he is asking for more time, but we aren’t seeing him do anything with this time. I want the writers to move away with showing us how much Tyler loves Jackie and show us Tyler trying to solve this problem. Which would be a lot more enjoyable to watch, than watching the same scene and conversation being repeated again and again.

HOW IMPORTANT IS JOSH TO LOCK AND KEY SEASON’S OVERALL PLOT? 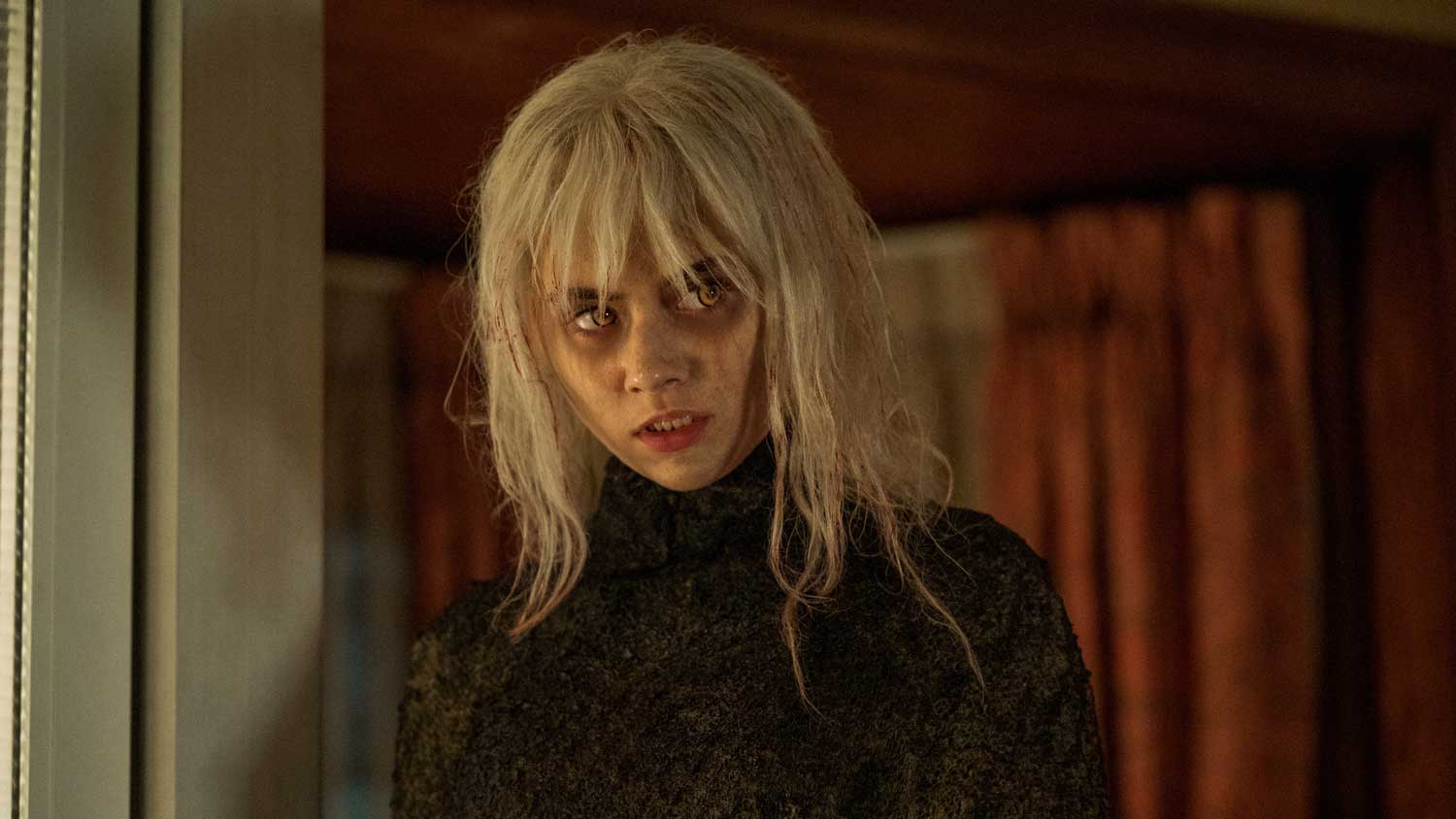 From the previous episode, we know that the Chamberlin tricked Gabe (Griffin Gluck) and he isn’t happy that he has been made a fool of. Gabe manages to persuade Bode (Jackson Robert Scott) to let him in again and to give him the key once again to face Chamberlin. Chamberlin tells Gabe, that he knows who he is and he’s got no chance of making the key now. He has no Whispering Iron left and only a Locke can make a key.

I do feel like there is more to Josh (Brendan Hines) than just being a love interest for Nina (Darby Stanchfield). We discover a little bit more about this character, in this episode. In the first episode of this season, we see three explorers in a cave and that strange portal. Well, it turns out that Josh’s grandfather was called Captain Frederick Gideon and he was exploring a cave and stumbled across a strange piece of rock. That piece of rock happens to be a piece of Whispering Iron, and Gabe is in need of some. I hope we get to learn more about Josh and his past and especially his family’s past. I do think that there is a lot left to learn about this character and he will have some huge significance in this season. There is something about him, that makes me want to watch him more and learn more about him.

KINSEY IS FINALLY SEEING CRACKS IN HER RELATIONSHIP

There is trouble in paradise with Kinsey (Emilia Jones) in this episode. She not only has a row with Scott (Petrice Jones), but she is starting to see the cracks in her relationship with Gabe. It is a little obvious that it is Scott that notices something isn’t right about Gabe, and obviously Kinsey is going to stick up for her boyfriend. However, what Scott says plays on her mind all day and she starts to see what he is saying could be true. There is tension between Scott and Kinsey and I do wonder if this pair can resolve their issues, but I feel like they have more of chance than Kinsey and Gabe.

Kinsey believes that Gabe could be cheating on her with Eden (Hallea Jones). She doesn’t suspect anything with Gabe not being who he says he is. We end this episode with Kinsey doubting herself and Eden tells Gabe that its time they brought Kinsey in. Jones’s performances feel quite flat and monotone, there is no real excitement. Again, I wish the writers would move on from the teen romance and give us an interesting story to follow. I do feel like that maybe we are nearing the point where Kinsey discovers the truth about Gabe, which I’m hopeful will be soon.

ANOTHER SLOW EPISODE. LOCKE AND KEY NEEDS TO STEP UP A GEAR! 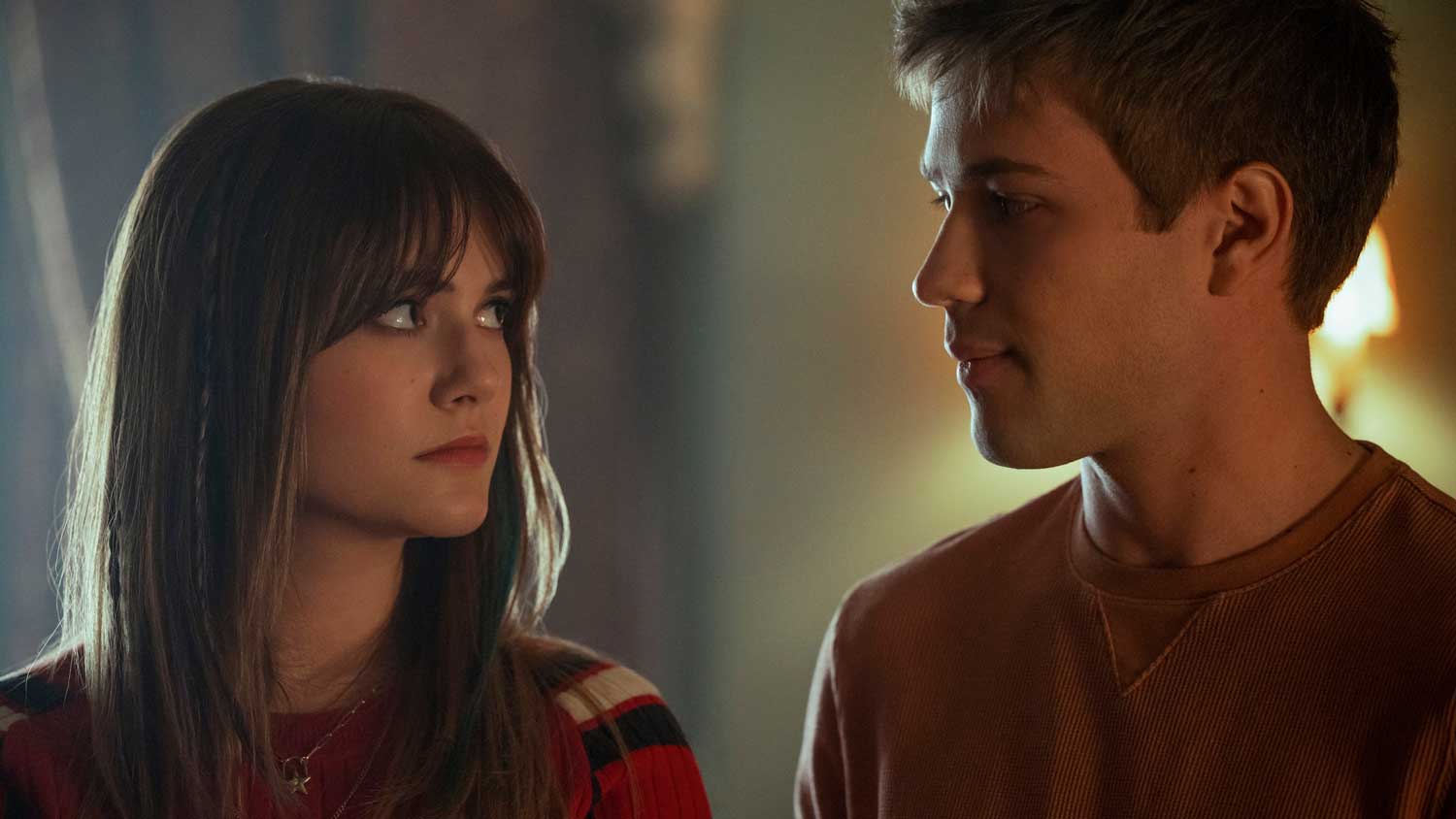 Yet another slow-paced episode. I want the writers to move on from these teen romances as this isn’t why we are watching this show. We are being slowly drip-fed information about the overarching season story with the mention of Captain Gideon. While we are being given the subplot of Duncan recovering his memories. We don’t even get much development with Gabe’s plan with making a new key.

The Duncan subplot was interesting in this episode and worked well, but other than that this episode was slow. It feels as if we are being set up for something but I’m not sure what. We are almost halfway through the season and the Locke kids are still more interested in their romances than what is going on around them. They still have no idea of anything being wrong. It feels as if the plot should be much further along by now. I’m curious to know if Duncan can cope, but overall, this season is feeling slow and the next few episodes need step up a gear.