The long-awaited musical episode of Legacies is finally here! Here’s our review of Legacies Season 3 Episode 3, called Salvatore The Musical.

Now musical episodes are hit or miss, normally they are episodes that the audience fear because the writers just don’t make it work.

Most people expect to hate these kinds of episodes because the music doesn’t work or fit into the story well.

However, what makes this musical episode work so well is that all the songs are originals and the actors singing are fantastic.

My favourite songs from this episode are ‘Hello Brother’ and ‘Always and Forever’, both are just powerful songs, performed by such powerful voices. 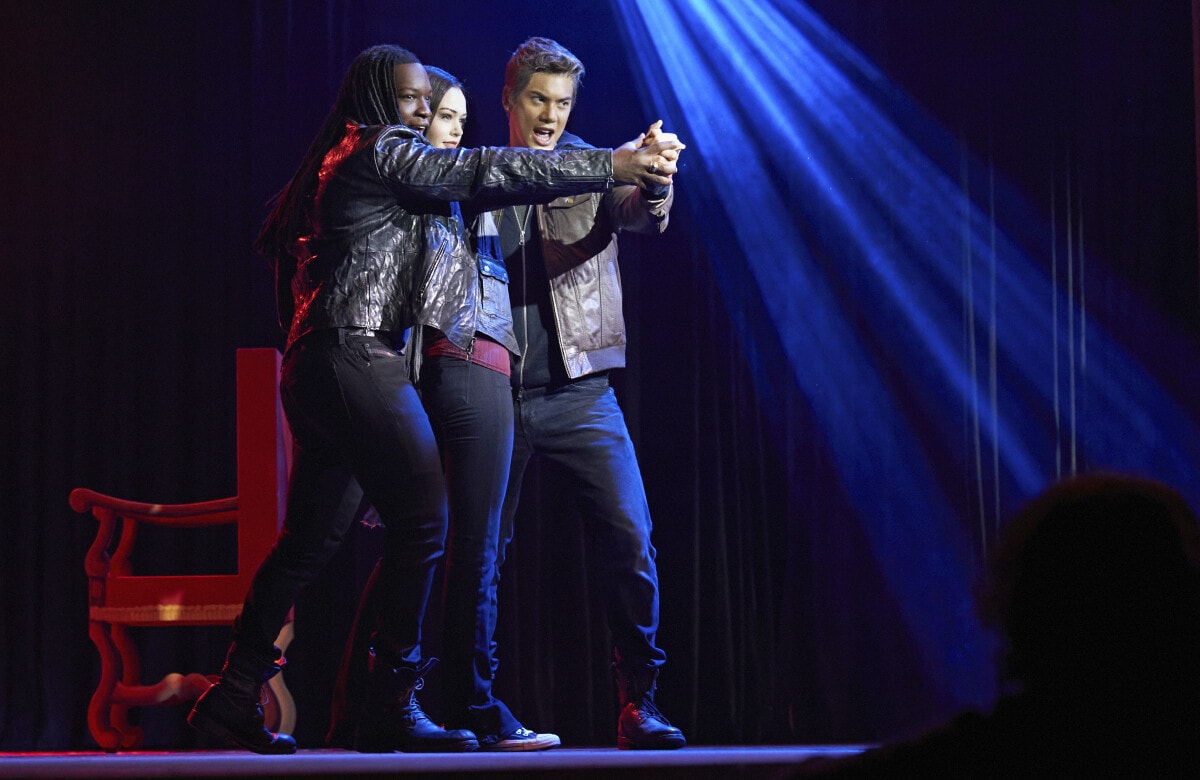 Read more: Everything We Want To See In A Mrs Death Misses Death Movie

In this episode, the students put on a musical about the founding of the Salvatore School. Landon (Aria Shahghasemi) is writing the musical with Josie (Kaylee Bryant), Lizzie (Jenny Boyd), Kaleb (Chris Lee) and Jed (Ben Levin) starring.

Yet, Hope (Danielle Rose Russell) distances herself from the musical. Our monster of the week is a surprise, he doesn’t cause chaos and is actually quite a caring guy.

In the musical, we revisit some old characters from The Vampire Dairies.

We get the main story of Elena, Stefan and Damon.

We see hints of Caroline and Klaus with the foundation of the school.

The songs are beautifully performed and everyone can sing really well.

It is a shame that we don’t get to see any Bonnie though as Bonnie has a big impact in the story and her blood is always used when a big spell is needed.

I think that this is a huge oversight.

Everyone wants to be Damon 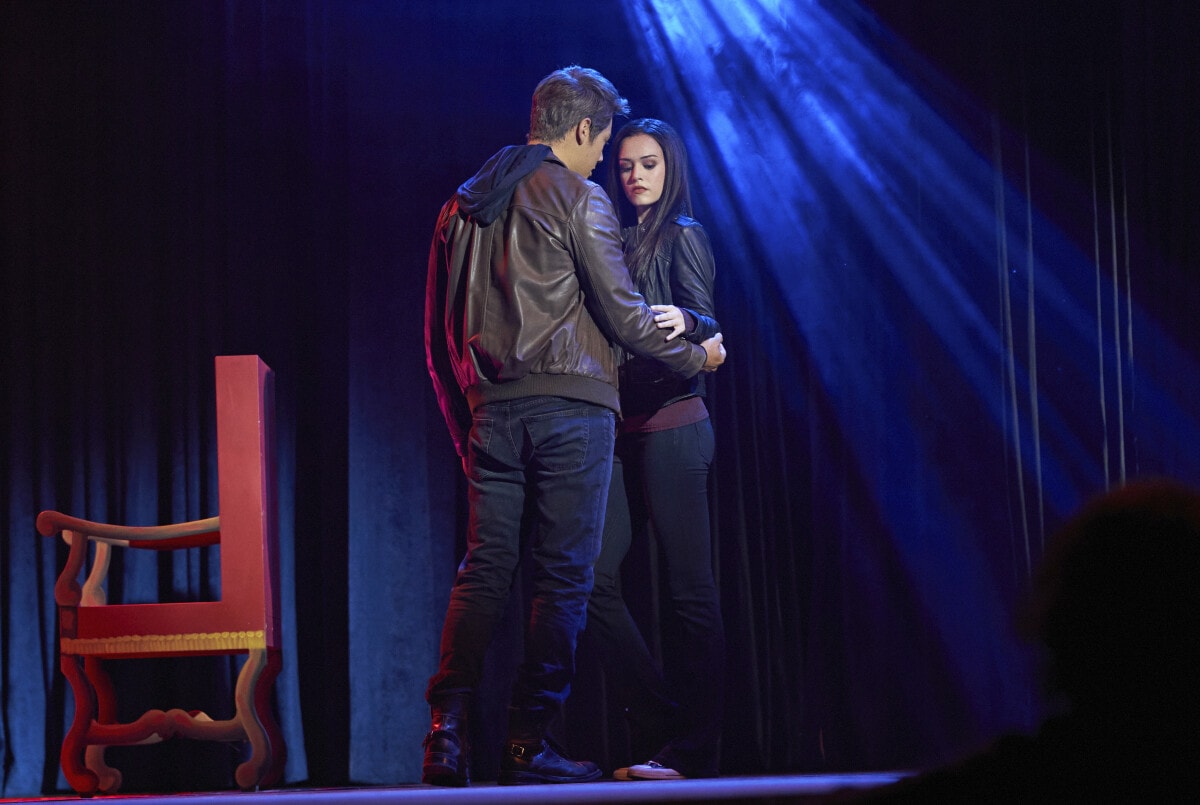 Read more: 10 Facts You Did Not Know About Netflix’s Behind Her Eyes

However, I found it hilarious that the whole school wanted to play the part of Damon.

Kaleb (Chris Lee) was the best choice for Damon, he did a fantastic job.

Ben Levin as Jed, was made a series regular and now we get some more time with Jed who gets cast as Stefan in this episode.

Levin is great and now I’m understanding why he was chosen to become a series regular as Levin is such a strong performer.

Josie (Kaylee Bryant) was really sweet as Elena; however, it is a bit confusing why everyone is fine with Josie now.

She left to spend time with Caroline in episode 1 in this season but she is now back, clearly, the time away has done her lots of good but it seems everyone has now forgotten why they were upset with her to begin with.

There is just a bit of confusion here as it seems to have taken no time at all for everyone to just forgive her.

Puck is the monster of the week 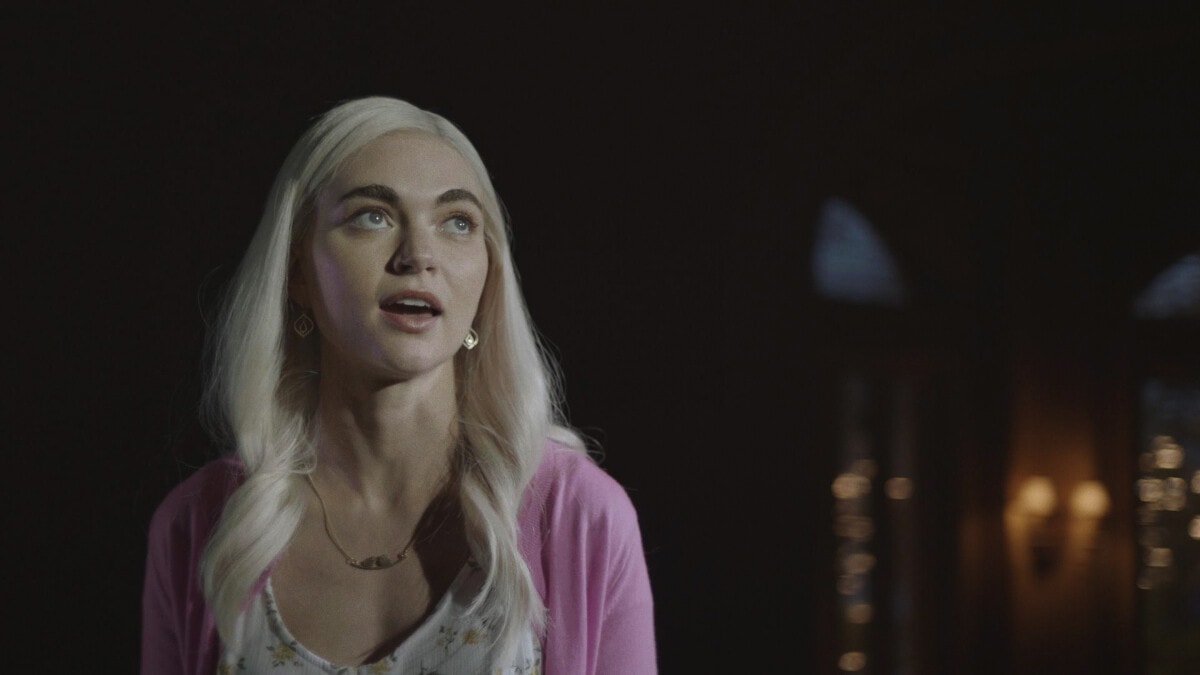 Read more: Kylo Ren And Rey To Team Up Against Palpatine In Star Wars: The Rise Of Skywalker?

Goodfellow/Puck (T.J Ramini) is our monster this week, who is a sprite.

The name Puck makes me think of the Shakespeare play Midsummer’s Night Dream.

He is a joy to watch, he isn’t the typical monster that we may expect.

He doesn’t cause much trouble and you may question why him.

Puck tries his best to get Hope involved in the musical and it is unclear why.

You may think if her involvement may be part of a terrible plan that will bring destruction once she gets on the stage yet really the opposite happens.

It’s great to see another type of ‘monster’, Puck is supposed to be the bad guy yet he brings joy.

Instead, he fixed things and gave Hope clarity about her father which she still craves.

Ramini was the best bad guy we have had, he was a distraction yet he brought everyone in the school together, he literally broke everyone down to bring them up.

He didn’t hurt anyone but instead actually helped them through the emotional issues they were dealing with. 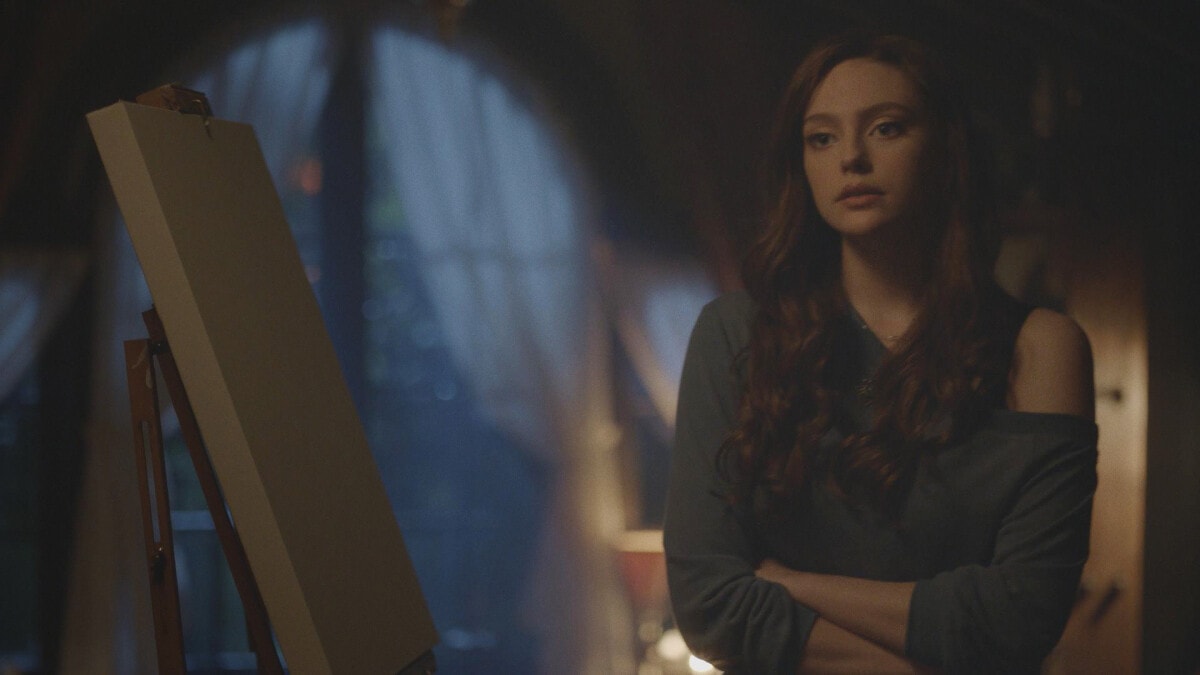 Hope (Danielle Rose Russell) has always been struggling with her past due to her father.

If you are a fan of The Vampire Diaries and The Originals you will know the story of Klaus Mikaelson.

Klaus who is the father to Hope was once evil and caused chaos, he killed many innocent lives and people feared him.

Yet he did slowly to grow a heart and had a lot to do with the foundation of the Salvatore School.

Hope in the first season in particular was almost consumed with worry about her father and whether he was doing well in death, if he was proud of her and what she has achieved.

Hope has a complicated relationship with her family, with most of them gone she is quite alone and at a young age she dealt with a lot.

Hope still has a lot to deal with and her pain is shown in this episode.

It also shows that she is still a young girl who misses her father.

Surprise vocal appearance from Candice King (Caroline) which was so emotional.

It is interesting the similarities we see between Lizzie and Caroline but it’ll be interesting to see how Lizzie will overcome her demons.

Or is it already being hinted the fate of Lizzie through the similarities that are being drawn between her and Caroline.

The whole Landon and Hope relationship is getting boring 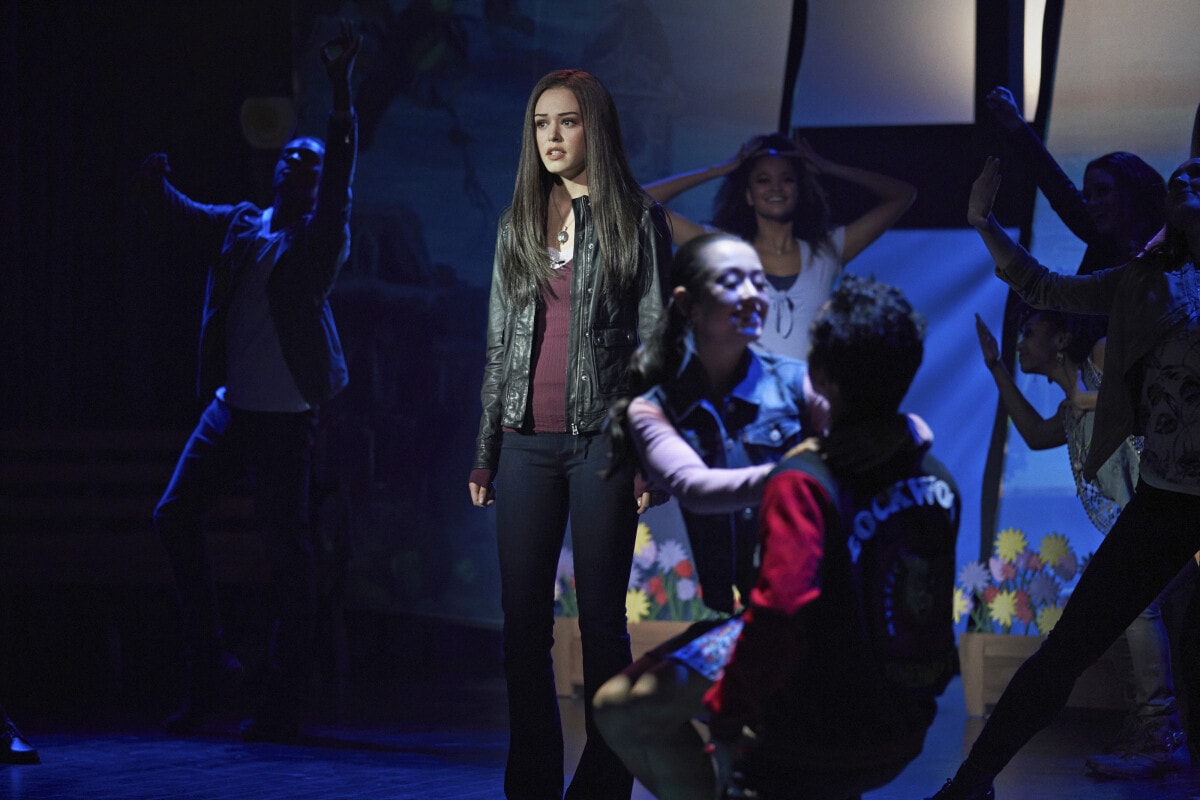 Landon and Hope’s relationship is getting quite boring now. I’m tired of the on-off relationship that keeps getting played to us.

It’s either Hope having to rescue Landon or Hope and Landon fall out and then make up.

I want to now see a different angle to this relationship, if the writers are adamant, they want something to happen, we need something else to keep this relationship refreshing to watch, at the moment it feels a bit stale and run its course.

It is nice to see a softer side to this character but not all is what it seems.

Liang is such a great villain; she is a strong actress and her presence is a scene is always enjoyable.

Her character is so much more complex than you may originally think, she still has loyalties to the school but it’ll be interesting which side she’ll choose in the end.

MG is just so sweet 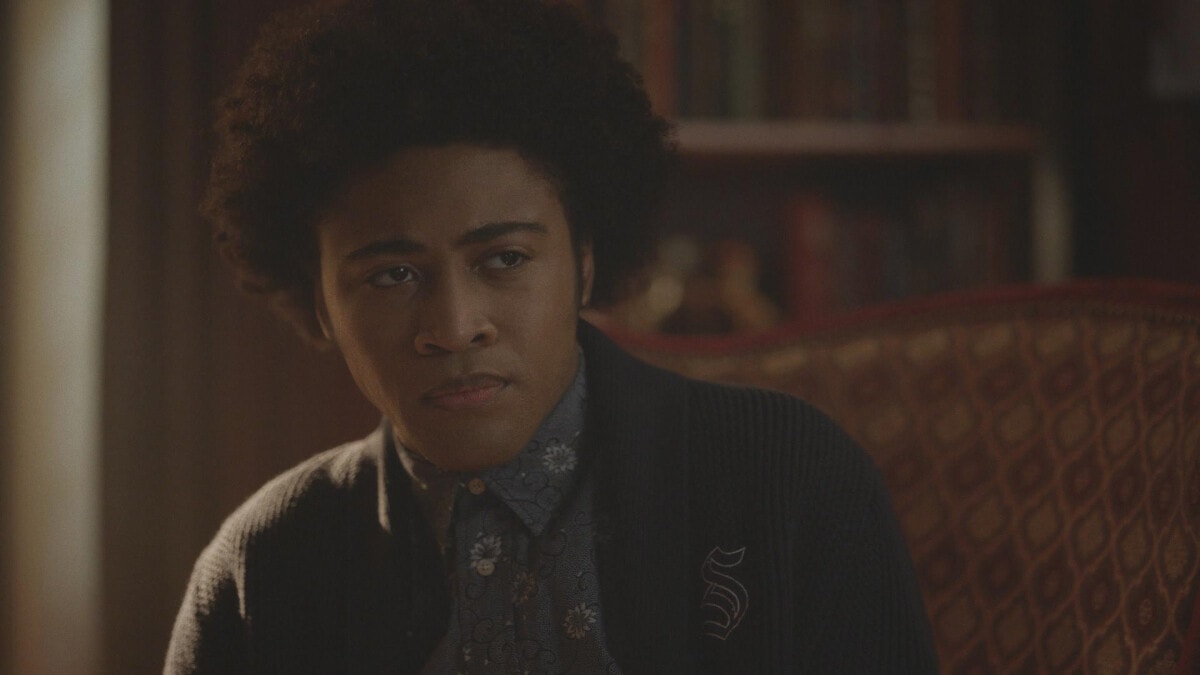 MG is such a sweet character; he is just a pure-hearted soul and I would love to have a friend like MG.

His plot in this episode of trying to find out who the monster is and then constantly forgetting because he keeps talking to the actual monster is entertaining.

Fouse needs to have his own storyline as he hasn’t had much of a chance to flex his acting skills.

He needs his own time to show us what he can do.

I feel like Fouse and MG are both holding back and now I want him to have his time to shine.

This episode is very fast-paced which I liked because it keeps your attention and you are intrigued to know what could happen next.

Like any musical episode, it could have been really cringy but the songs were cleverly embedded.

Thankfully the characters didn’t just randomly burst into song like they do in Riverdale musical episodes.

The songs and music have been thought about really carefully and it shows.

This is what a musical episode should be like. 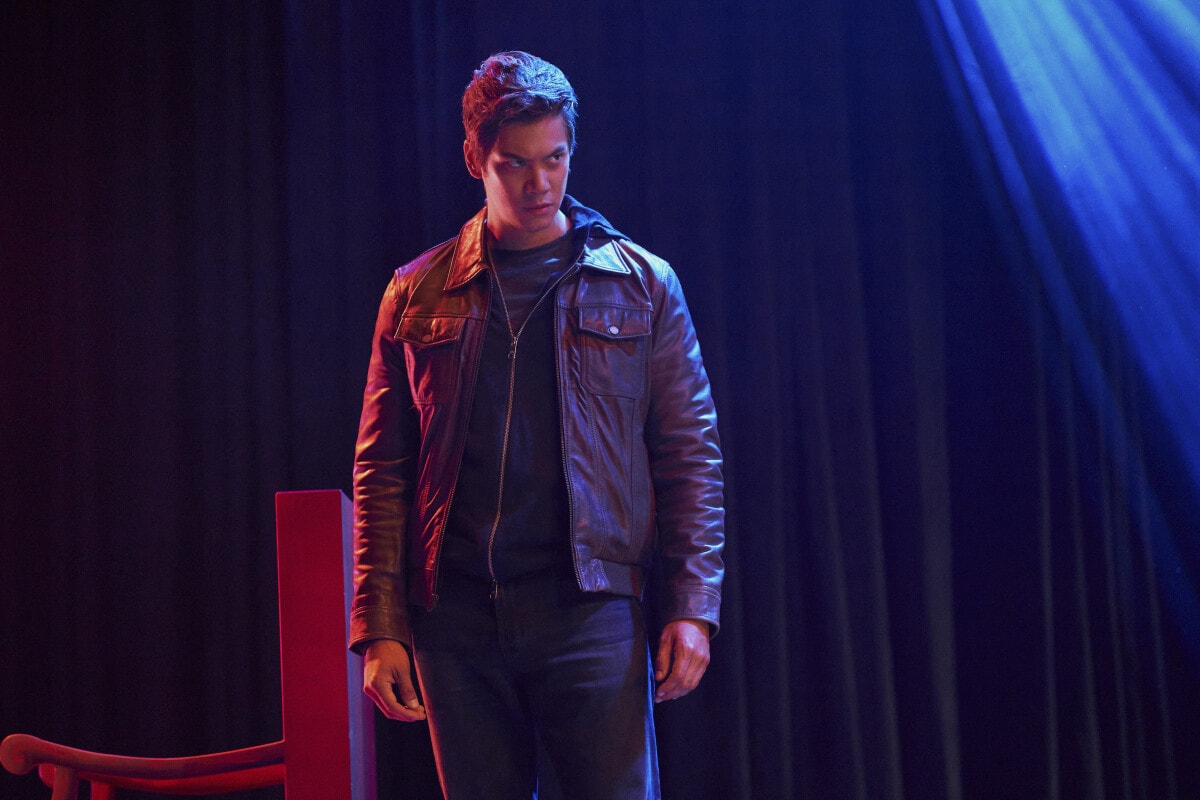 A joy from start to finish with some really heart-warming moments thrown in and a cliff-hanger to leave us on.

Everyone sang really well and this didn’t take away from the story that was being told in this episode.

I want more time with Puck, it was great to have a monster who didn’t want to just kill and destroy.

Again, another emotional episode but it worked.

The writing has been strong in the past two episodes and it clearly shows as the story, performances and just everything has been better and the episodes have been more enjoyable to watch.