The previous episode left a lot to be desire but thankfully this episode really upped the game.

A lot happened that you didn’t expect and we got a lot of emotion which was played beautifully.

This episode is all about Rafael (Peyton Alex Smith) and Smith puts on such a better performance, he isn’t one tone and we really get to see the essence of his character.

We end this episode with some huge changes in the plot and I wish this was the first episode of the season not the second.

Rafael is dying in this episode and we spend this episode seeing how everyone reacts and deals with this news.

In traditional Hope style, she tries to find a way to stop it.

Peyton Alex Smith puts on such a great performance in this episode.

It really felt like we were saying goodbye to his character; this is surprising as now there is a question mark over this character’s fate and whether we will ever meet him again.

Now trapped in a prison world but this episode felt like a real goodbye, but at least we can be thankful that he got a happy ending which is more than a lot of characters get in this universe have received 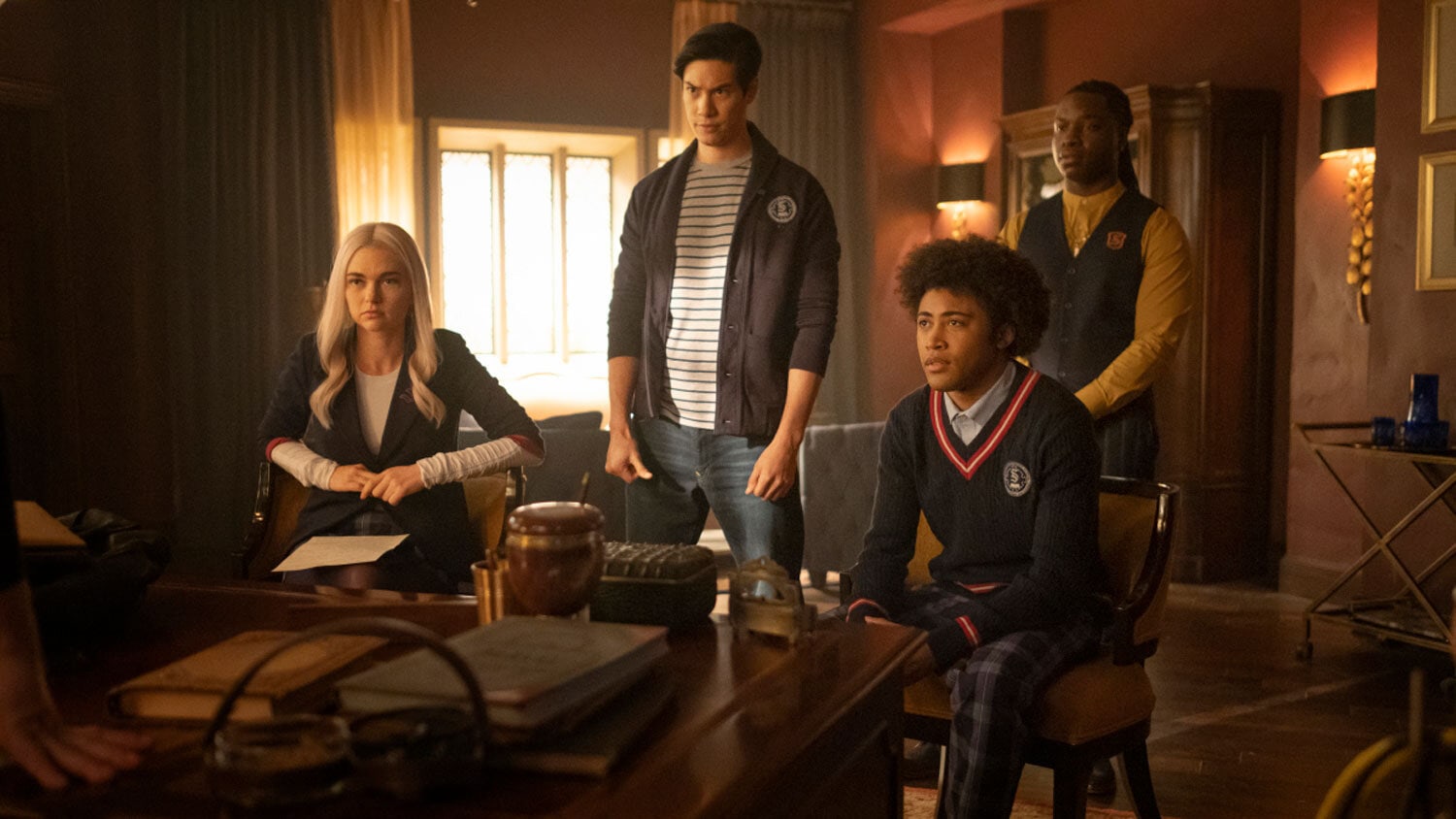 Although this goodbye is confusing, we are now left with many questions surrounding this character as only in the previous episode we learn that Rafael is a descendent of King Arthur so why introduce this history to a character which now can’t be explored further.

It was definitely a shocking twist that I didn’t expect.

Landon (Aria Shahghasemi) isn’t a phoenix anymore, another bombshell that was dropped onto us.

Landon being a phoenix was a huge plot twist for this universe as he was a new breed of magical species we hadn’t encountered before.

We haven’t really explored much of what his powers and abilities are and now they have been all taken away.

We leave this episode wondering what is next for this character, will he want to get his powers back if it is possible?

But at the moment the immediate questions are, will he be able to stay at the school, now that he’s just an ordinary human?

Has this just been done to put a strain on Hope and Landon’s relationship? Which is a possibility, but it would only be an interesting choice if this pairing actually worked.

This is more of an emotional episode which is nice because the actors can explore some emotions without the fear of a monster looming.

Thus, they get time to really explore how their characters are feeling with these shock revelations.

We can see the pain in each actors’ eyes in the party scene as they are trying to please Rafael but the real pain of the acknowledgement of what is happening feels really honest and truthful.

I definitely shed a couple of tears with Rafael being reunited with his family.

This is a pretty sad episode

Read more: Shameless Season 11 Episode 6 Recap: Do Not Go Gentle Into That Good…. Eh, Screw It

The appearance of his dad was unexpected, few words were said but they weren’t needed.

The physical performance from both actors is intense and powerful.

We really feel the emotion between father and son.

As we are in the final few moments of Raf’s life we really believe that there is no coming back, that this is the end for this character.

No words are needed and the holding of hands with the sun glaring on the characters faces is such a powerful image.

Alaric (Matt Davies) gives himself a mission to find Rafael’s mother which turns out to be not too hard to do.

It seemed way too easy to find her and it doesn’t seem very realistic that she would agree to live the rest of her life in the prison world with him and his father after ignoring him all his life until now.

This part of the plot doesn’t make sense and you feel a bit cheated because we aren’t told what has caused this sudden change in this character.

The writing was so strong up until this point, you feel as if the writers wanted Rafael to have his whole family around him yet they hadn’t worked out how to do it, so they kind of cheated and made it seem too easy.

Read more: These Are The 10 Netflix Original Shows You Should Be Excited To Watch

Ben Levin (Jed) has now been made a series regular so I’m hopeful we learn more about the pack and werewolves.

We have spent so much time discovering about vampires and witches so it would be nice to actually learn about the other group in this school and show and how they work and function in detail.

I think that could make a really interesting storyline and go down a route that hasn’t even really been touched upon yet.

Goodbyes Sure Do Suck is a much better episode than the previous episode.

This is a more emotionally driven episode and it works well because it is so unexpected.

You really feel as if there is no way to get around this death and the goodbyes are strong.

Much better performances in this episode as it wasn’t complicated, all of our attention was focused on one thing and we were given time with characters instead of cutting back and forth between characters.

Big plot points have been referenced in this episode too which gives us exciting events to look out for, this involves, in particular, Alyssa (Olivia Liang) and the Necromancer’s (Ben Geurens) plan.

We learn that their plan will succeed but a member of the Salvatore School won’t survive.

Now we know Alyssa has a personal hatred of Lizzie and Josie but now that Landon has lost his powers, he could also be up there in who may die.

However, the prophecy may not go completely Alyssa’s way due to Olivia Liang now being the lead in her own show she needs to be written out in some way whether that is death or she leaves and might pop up now and again.

We leave this episode excited about what is to come next.

We have touched upon some really big storylines and it is hinted that this should be a great season.

This episode is so much better than the previous so if all episodes are like this then there is real promise in this season.

What do you make of this review of Legacies Season 3 Episode 2? Let us know your thoughts in the comments below.