Kathleen Kennedy Will Be At Lucasfilm For The Foreseeable Future 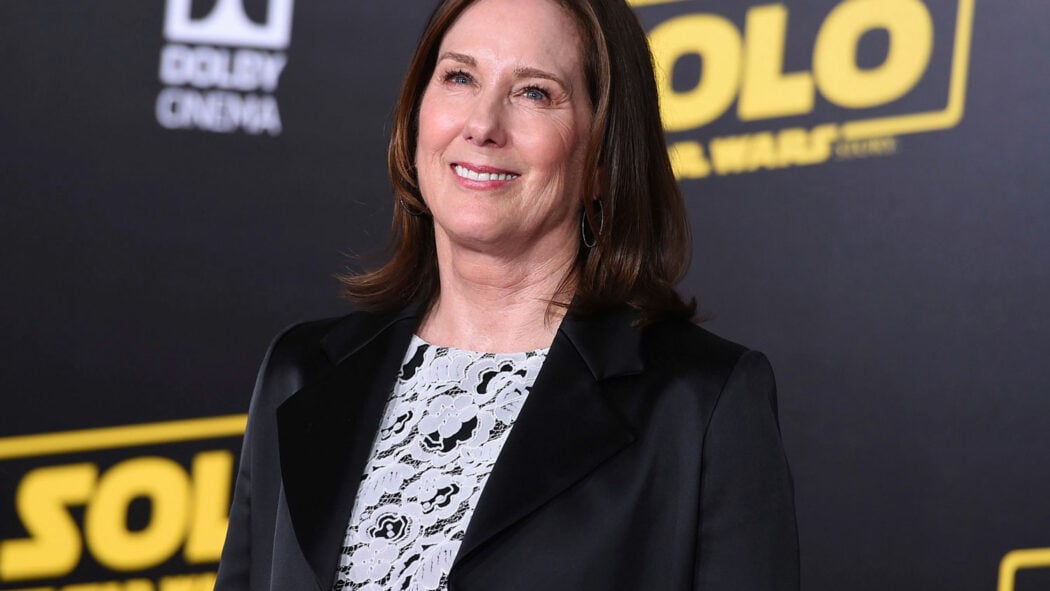 It’s been revealed that Kathleen Kennedy has extended her contract as Lucasfilm President until 2024, which I think is good news.

However, we’ve actually been informed that the extension she’s signed is for the “foreseeable future”, meaning that she’s going to be around for quite some time to come.

The news that Kennedy has signed a contract extension with Lucasfilm was first revealed in Matthew Beloni’s newsletter for Puck (via Star Wars News Net).

According to Beloni’s newsletter, Kennedy’s deal with Lucasfilm has been extended, keeping her in place as president until at least 2024.

Here’s what Matthew had to say about Kennedy’s new Lucasfilm deal:

Kennedy has a lot of good things happening at Lucasfilm, and I’m told she recently re-upped her deal for another three years.

Before I forget, I must give props to Geekosity who posted about Kennedy’s contract being extended way back in August of this year.

Now, our source added that Lucasfilm intends to keep Kennedy as its President for the “foreseeable future”.

Kathy [Kathleen Kennedy] is staying on as Lucasfilm’s President for the foreseeable future.

So, this means that he contract might have been officially extended until 2024, but it seems as though the ball’s very much in Kennedy’s court regarding how long she stays as Lucasfilm’s President.

I’m pretty sure this will annoy many Star Wars ‘fans’ out there who have it in for Kennedy.

There are some YouTubers who’ve made quite a nice living out of posting videos in which they claim that they’ve been informed Kennedy’s day’s are numbered.

I’m not going to name names, but I’m pretty sure you know why I’m talking about.

Kennedy has actually been a good President for Lucasfilm

The ‘fandom’s’ hatred for Kennedy’s always confused me.

Yes, there have been some rather poor Star Wars films made in the past.

Yes, mistakes have been made.

However, under Kennedy’s leadership, we’ve also seen some pretty incredible stuff in the Star Wars universe.

OK, I know that might be a controversial thing to say, but I’ve said it plenty of times and I think people know my feelings about The Last Jedi by now.

Then there’s The Mandalorian, which has been brilliant.

That’s being followed up by shows such as Kenobi, Star Wars: Andor series, The Book Of Boba Fett, the Ahsoka Tano show and loads of other Star Wars shows coming to Disney Plus.

I think the show I’m most looking forward to is Star Wars: The Acolyte.

I think the TV side of things has been a huge success.

A bright future for Lucasfilm?

Yep, I liked both movies.

So really, as far as I’m concerned, the only real dud that’s come out under Kennedy’s leadership has been Star Wars: The Rise Of Skywalker.

I thought that film was pretty bad, but was that her fault, or was that J.J. Abrams’?

I think it was a combination of the two of them, but a producer like Kennedy learns from her mistakes.

It’s also not all Star Wars. You can’t forget about Lucasfilm’s other franchises such as Indiana Jones.

Kennedy worked tirelessly to make sure Indiana Jones 5 was a thing, and it is, and I can’t wait to see what James Mangold does with this upcoming fifth Indy film.

Are you glad to hear that Kennedy has extended her Lucasfilm contract?