There have been some rumours floating about the Internet (again) suggesting that Jon Favreau will be replacing Kathleen Kennedy as the President of Lucasfilm.

Now, this rumour’s been going around for quite some time, but it’s back again.

This time it’s come from CosmicBookNews.com and I’m going to be honest here, as a ‘publication’ they’ve always kind of had it out for Kathleen Kennedy.

There are a lot of so-called Star Wars fans out there who really don’t like Kennedy.

They tend to forget the fact that Kennedy has been responsible for some of the best performing Star Wars movies of all time.

Star Wars: The Force Awakens, The Last Jedi and The Rise Of Skywalker all performed pretty well at the box office.

Why do people want Kathleen Kennedy to leave Lucasfilm?

Read more: Lucasfilm Planning On Making The Mandalorian Universe As Big As The MCU

However, that’s not all. She was also the person who greenlit Star Wars films such as Rogue One and Solo.

I know Solo didn’t do so well when it was released, but it has since garnered a pretty devoted following.

As for Rogue One, many Star Wars fans really seemed to love that film when it was released.

Then there’s the case of The Mandalorian.

I’ve heard many fans clamour for Jon Favreau to be the new President of Lucasfilm because of this new Star Wars show.

They like to heap all the creating for the show’s success on Favreau, and yes, he deserves a lot of it.

However, these people tend to forget the fact that Kennedy was the person who green lit the series.

She allowed Favreau and Dave Filoni to go ahead and make the series which has since become something of a phenomenon.

Yet, there’s an even bigger reason why Favreau won’t want to become the next President of Lucasfilm.

He just likes making movies and The Mandalorian too much.

Should Favreau become the next President of Lucasfilm, then he wouldn’t be able to do the things he really enjoys doing.

Directing films and also starring in them. Let us not forget that Favreau is an actor also.

Kathleen Kennedy is also a legendary producer in Hollywood.

She’s arguably the most successful producer of all time.

Her first gig as a film producer was on E.T. The Extra-Terrestrial in 1982 and she followed that up with Jurassic Park.

She co-founded the production company Amblin Entertainment with Steven Spielberg and Frank Marshall.

Kennedy is literally a living legend in the movie industry and yet, some Star Wars fans don’t like her.

So, they want to get rid of her.

But, why is there this hatred of Kathleen Kennedy?

There are a few reasons. People didn’t like the fact that she hired and then fired a bunch of directors on the Star Wars films.

She hired and then fired the likes of Collin Trevorrow, Phil Lord and Christopher Miller and Josh Trank.

I would argue that all those decisions were the right ones – but still, people get upset about these sorts of things.

(Honestly, the Josh Trank Boba Fett movie would have been a train wreck – let’s face it).

She also brought Tony Gilroy in to helm the reshoots on Rogue One after they saw Gareth Edwards’ rough cut of the movie.

The thing is, Kennedy’s got years of experience producing movies and knows when things aren’t going according to plan.

The main reason why some Star Wars fans really don’t like Kathleen Kennedy is because they didn’t like the Star Wars sequel trilogy.

We need to talk about the Star Wars sequel trilogy

When discussing the Star Wars sequel trilogy, I hear a lot of people say the same thing:

How could they make these movies without a plan?

And, yes. I agree with you. I do think it’s utter madness that they started these new Star Wars films without setting out an overriding plot beforehand.

It was a case of making it all up as they went along, and that resulted in some rather confusing films.

However, that might not be entirely down to Lucasfilm’s President.

Kennedy is in charge of these Star Wars films, yet she also has to report to Disney.

Before Star Wars: The Force Awakens came out, the franchise wasn’t in a good place at all.

When they got J.J. Abrams to direct the first film, there was more a sense of, “let’s see how this first one does and work it out from there”.

It wasn’t the right thing to do, but you also have to remember that the Star Wars prequel trilogy almost killed the franchise.

Those films were panned by critics and didn’t bring in as much money as Lucasfilm would have liked. 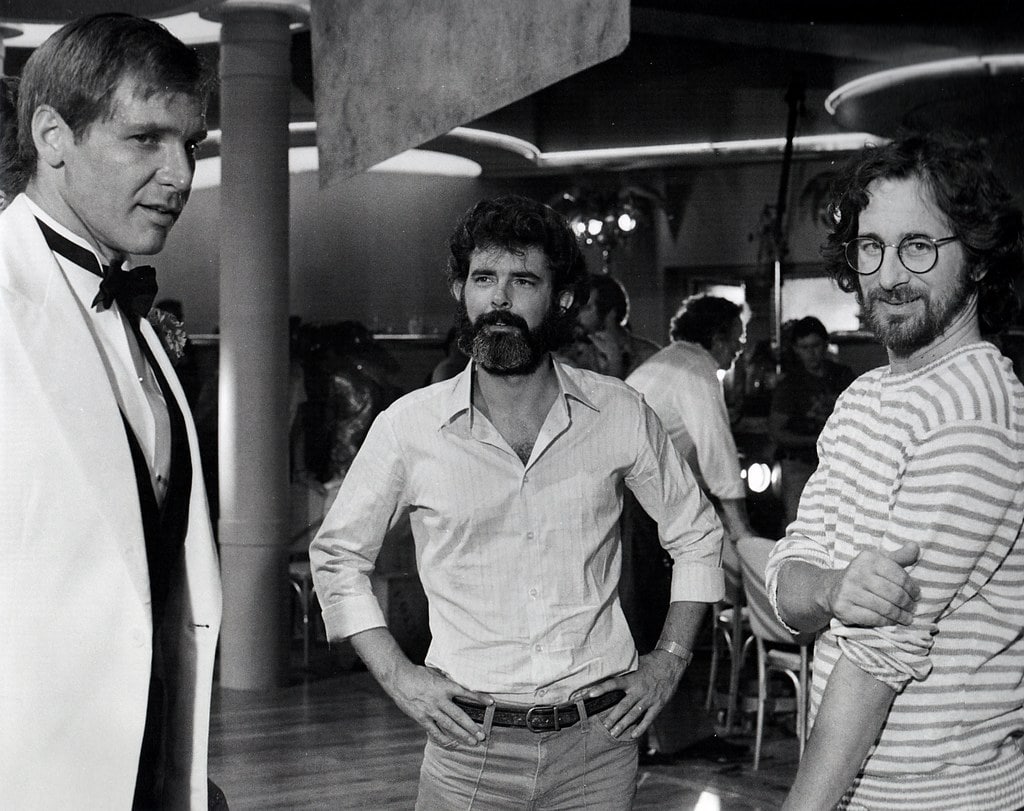 Lucasfilm was something of a sinking ship under George Lucas, and that’s a fact that many Star Wars fans just do not want to admit.

They see Lucas as the savour, and the truth is he was actually a victim of his own success.

The Star Wars franchise is now in a much better place and we’re getting future films from the likes of Patty Jenkins, Taika Waititi and even Kevin Feige’s making a Star Wars movie!

We’re getting new live-action Star Wars shows such as Kenobi, Andor, Ahsoka, Lando, The Acolyte, The Book Of Boba Fett, and more seasons of The Mandalorian.

Do you think any of that would have happened without Kathleen Kennedy at the helm?

Short answer: no, it wouldn’t have.

But, yeah. Keep on calling for Jon Favreau to be the next President of Lucasfilm…

Do you think that Jon Favreau should be the next President of Lucasfilm?