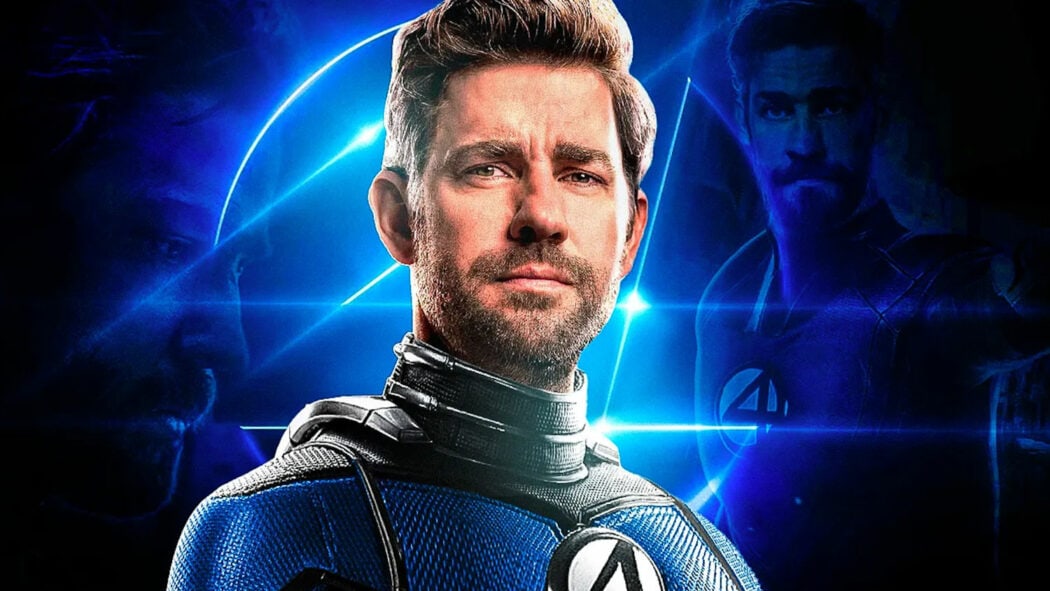 It seems as though John Krasinski has just teased his possible return as Reed Richards in the Marvel Cinematic Universe’s (MCU) Fantastic Four movie.

Krasinski was asked about a possible return as Reed Richards during a recent interview on The Tonight Show With Jimmy Fallon.

So, here’s what happened.

Fallon started off by talking to Krasinski about his appearance as Reed Richards in Doctor Strange In The Multiverse Of Madness.

Fallon then said that he knew Krasinski was, “not allowed to say anything” about the Fantastic Four movie that was announced at San Diego Comic-Con.

Krasinski then responded by saying simply: “Nope,” and then Fallon went on with what did seem to be a bit of a pre-planned bit between the pair.

“I’m not allowed to really ask you,” Fallon continued before adding, “but… you think? You think?”

“Seriously, what have you heard?” the actor chuckled. “I need to know.”

Krasinski then confirmed, “They don’t tell you anything,” which led Fallon to conclude, “Not until right before you’re about to shoot.”

Will John Krasinski get to play Reed Richards in the MCU’s Fantastic Four movie…? 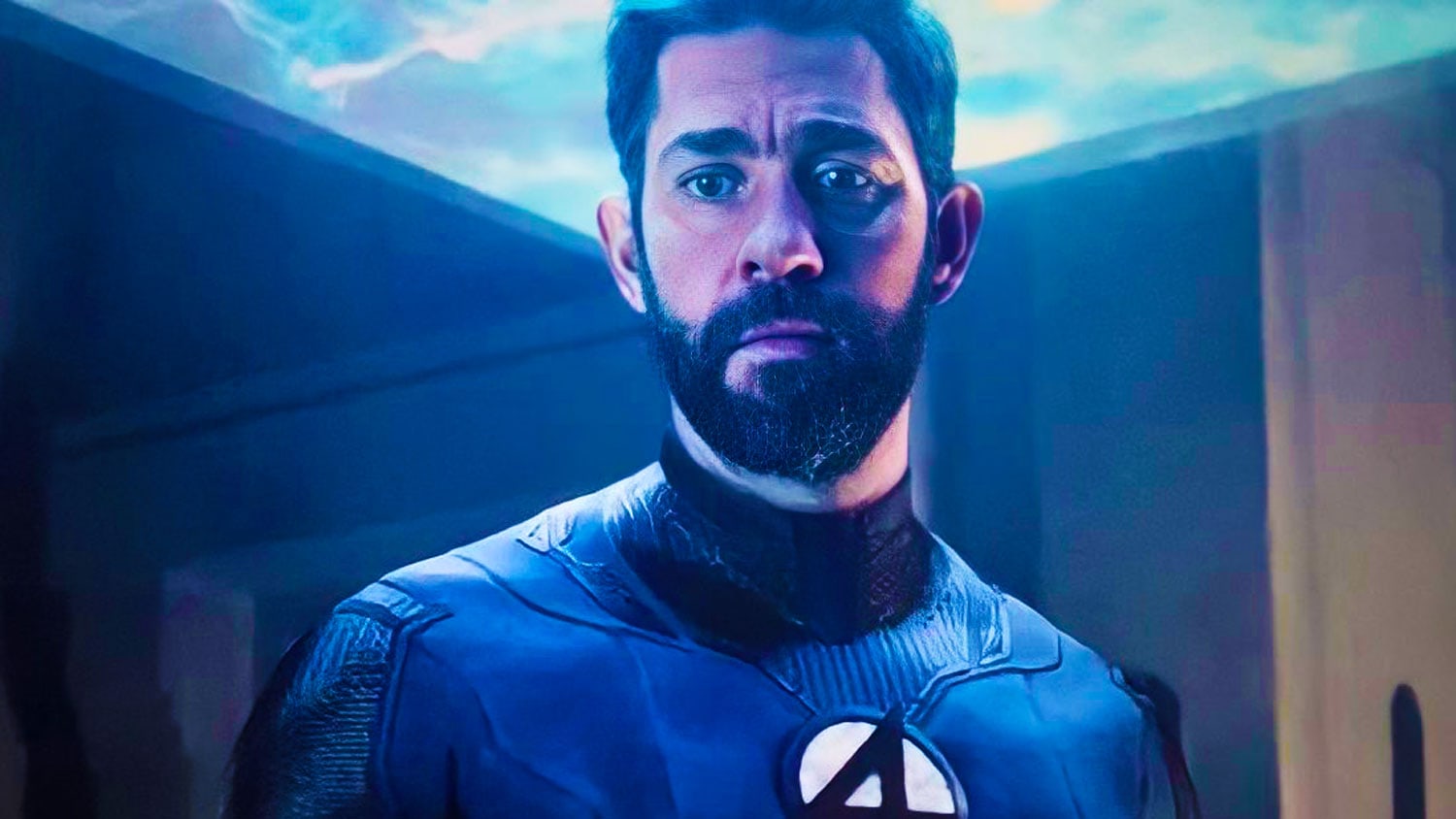 Fallon then went on to talk about the rumours that Krasinski’s wife, Emily Blunt, might be playing Sue Storm in the movie.

This is where things got really interesting.

“Jimmy,” began Krasinski, “I’m going to tell you on your show, it…”

Krasinski then mimed being shot by a dart.

He then came to and said, “No, it’s actually a Marvel dart.”

There have been rumours for quite some time that Krasinski might get to return to play Reed Richards.

He was very well received as the character in the Doctor Strange sequel.

When will the movie’s cast be announced? 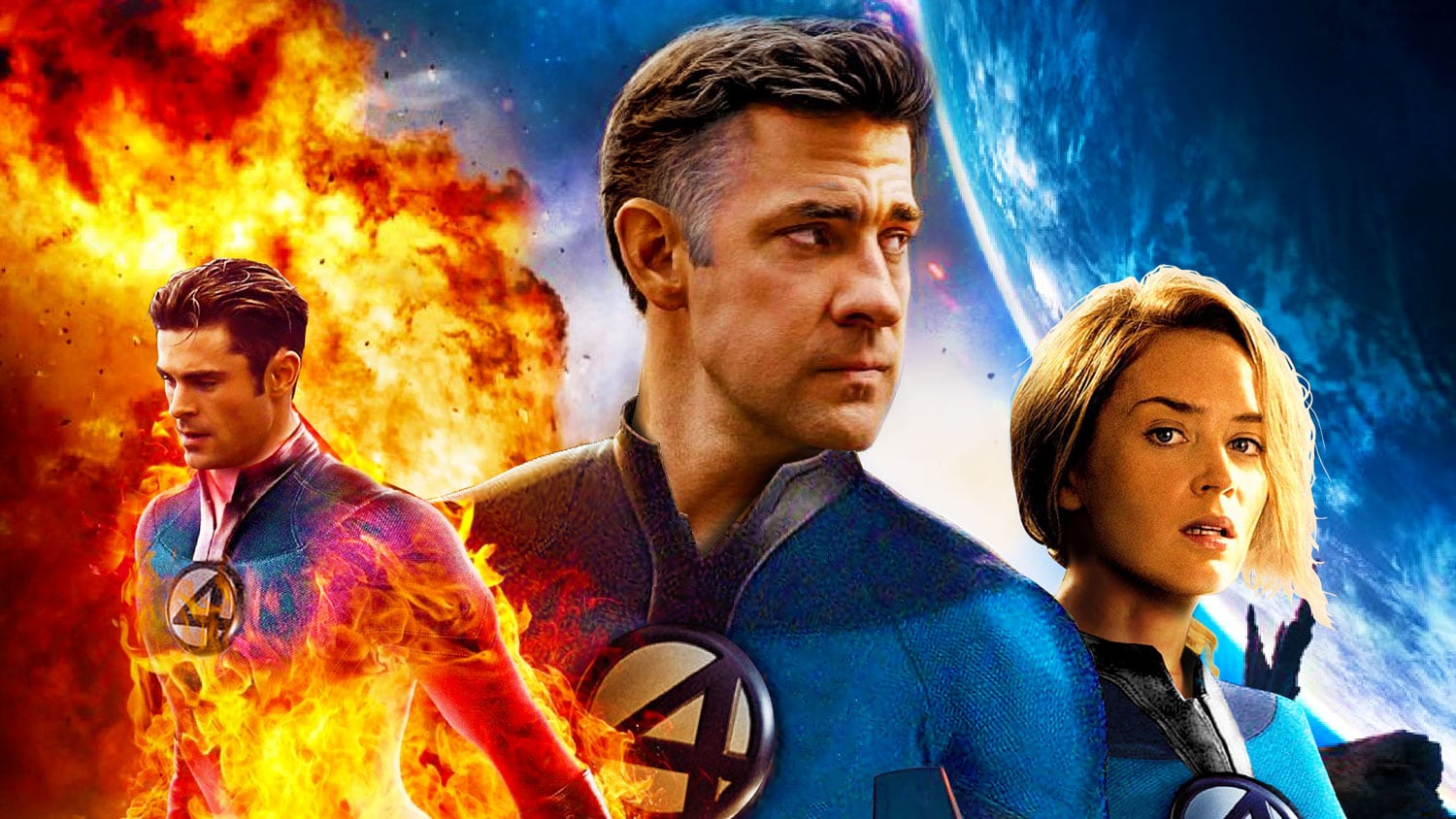 Back to the interview that Krasinski did with Jimmy Fallon.

Later on in the interview, it does seem as though John slipped up slightly.

They were talking about whether his character in the Office, Jim, was actually a villain.

Here’s what Krasinski had to say:

Well, they’re on to me because I did play it as a supervillain. That’s why I did Fantastic Four to balance it out. I’d already done the villain, so…

Did you spot his slight slip-up?

Krasinski specifically said, “That’s why I did Fantastic Four.”

So, could John not only be starring in the MCU’s Fantastic Four movie, but also directing it…?

I mean, that would be brilliant and would make so much sense!

Krasinski is a terrific actor and has proven himself to be a brilliant, if not better, director with movies such as A Quiet Place and A Quiet Place: Part 2.

Would you like to see John Krasinski return as Reed Richards in the Fantastic Four film?