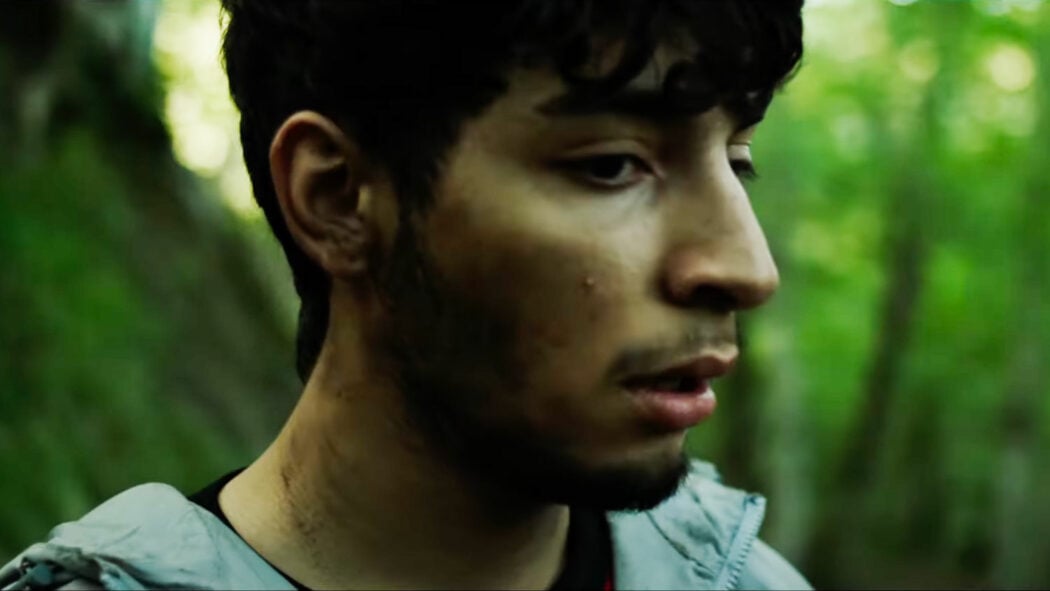 Haider Rashid’s Europa tells the story of Kamal, an Iraqi man attempting to migrate to Europe on foot.

Rashid’s new film focuses specifically on Kamal’s dangerous journey across the Turkish Bulgarian border, where he must avoid capture from violent migrant hunters and survive the elements in the surrounding forests.

Kamal is played by British-Libyan actor Adam Ali who is best known for his work in the Apple TV+ series, Little America.

His performance here marks his first role in a feature-length film, but will it be a debut to remember?

The film begins with numerous facts about the dangers that migrants will most likely encounter as they embark on the life-threatening and treacherous journeys that they must take in order to find freedom and safety.

These are truths that audiences shouldn’t need to be reminded of but considering the current state of world politics and attitudes towards these communities, it’s as vital as ever for these statements to be included.

After this important context audiences are thrown straight into the midst of Kamal’s terrifying situation.

The immediate lack of a score is noticeable as instead, it’s Kamal’s heavy breathing that echoes through the ears of viewers.

Rashid’s style of filmmaking sees him always sticking close to Kamal, with his camera invading his personal space at all times.

Viewers are taken with him every step of the way, almost as if they are in an imaginary backpack of his and as a result there’s no escaping the intensity of his experience on the run.

The subsequent chase sequences that follow play out like scenes from a horror film, but in all senses of the word Europa really could be an entry into that genre.

Rashid’s insistence to observe his protagonist so closely ensures that audiences feel his fear and isolation in such a palpable way, ultimately creating even more of an emotionally involved atmosphere.

Much More Than a Standard Survival Story 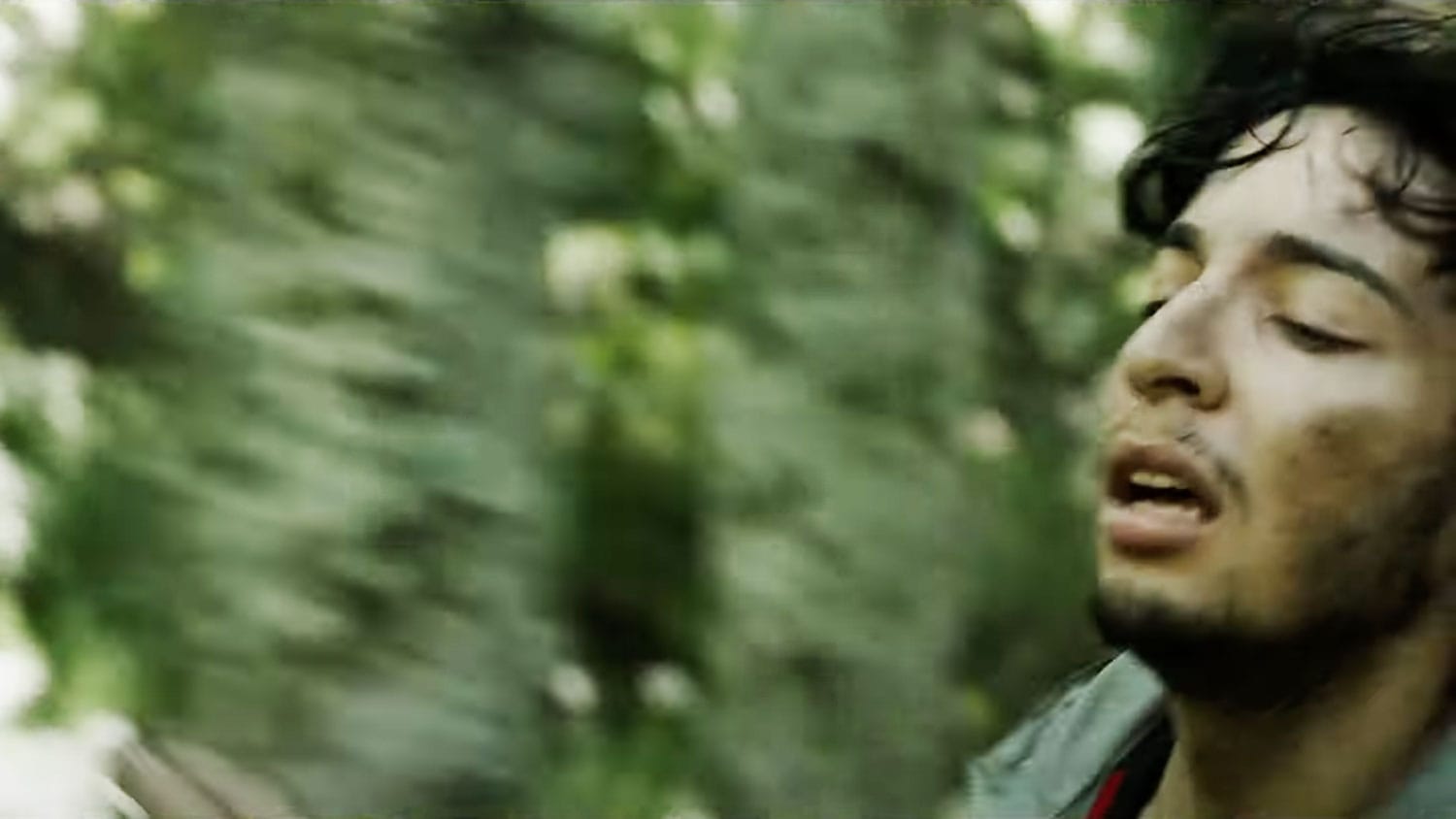 Credit: AFAC – The Arab Fund for Arts and Culture

With that said, there are several quieter moments when Kamal finds places to rest or regroup and it’s in these periods when some viewers might find the film too simple.

There isn’t much dialogue, there’s generally no music to accompany the visuals and large parts of the film do play out like a title from the survival genre.

However, it’s so much more than this.

In the vast majority of survival movies characters just need to evade the immediate danger they’re facing or the circumstances they find themselves in and then they are safe once more.

Kamal is faced with an insurmountably more difficult challenge as if he survives the elements and evades capture he then has the monumental task of trying to start a new life for himself with nothing but the Salah football shirt on his back and the waterlogged passport in his pocket.

Surviving this one leg of his journey does not ensure Kamal the luxury of being free from danger and that’s what is so brilliantly conveyed throughout this film, every minute of Kamal’s journey is an exercise in surviving the next one.

This brings us to the beating heart of the film, Mr. Adam Ali.

His performance, remember this is his debut feature-length appearance, is without a doubt the standout success of Europa.

He has absolutely nowhere to hide here and Rashid captures every aspect of his performance throughout.

The lack of dialogue never holds Ali back as he instead embraces the incredible physicality of his ability and puts it to phenomenal use in bringing to life Kamal and his traumatic struggle for safety.

His commitment to the role is second to none and offers an acting masterclass in emotional and physical intensity.

A film of this style relies so heavily on its lead and Ali ensures that Europa is consistently successful in the story it wishes to tell. 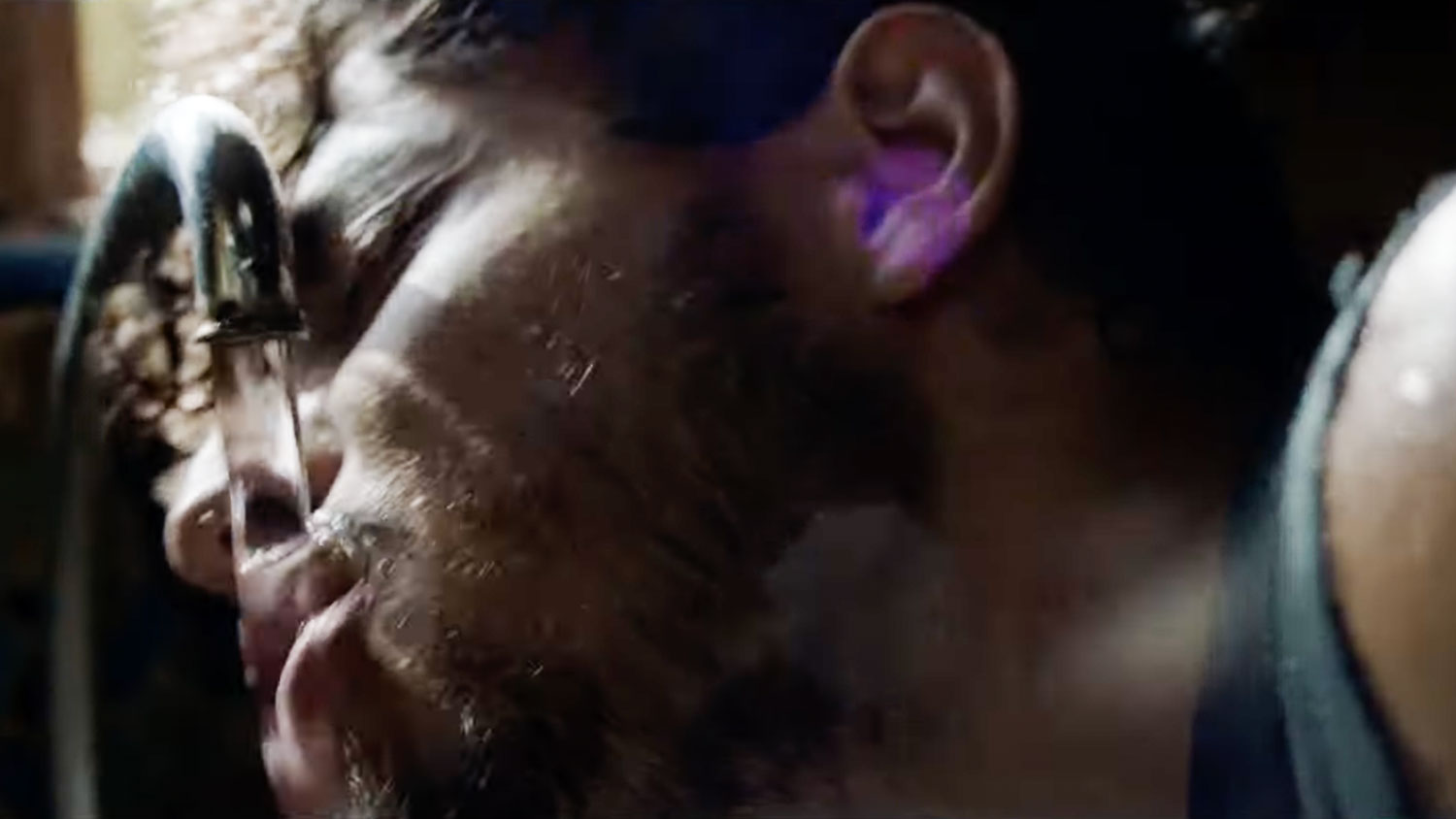 Credit: AFAC – The Arab Fund for Arts and Culture

So although some audiences may not find enough to engage with at times, make no mistake that Europa is a powerful cinematic experience that is very deliberate in the elements it decides to hold back on.

The absence of dialogue and a score for the majority of the film helps to ground the narrative in reality and only amplifies the severity of Kamal’s situation.

Furthermore Ali’s stunning debut performance gives the film all the energy and emotion it requires to tell its urgent story.

All of these factors combine together to create a tension fuelled survival story that will have you gripped with increased intensity, culminating in a truly exasperating finale.

Europa may have a short running time, but it’s purpose, intent and especially Ali’s star-making performance will live long in audiences’ memories.