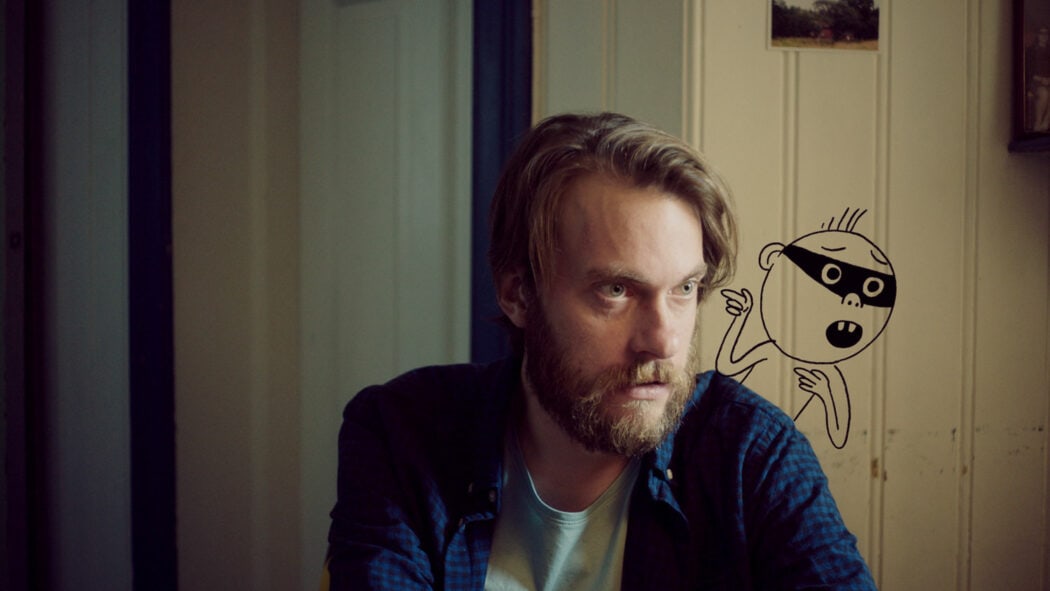 “Sperm, that shit sucks” is one of the first lines uttered in Yngvild Sve Flikke’s new comedy-drama, Ninjababy.

And for cartoonist Rakel (Kristine Thorp) her reasoning is fair enough, she finds out that, unbeknownst to her, she has had a baby growing inside her, and for much longer than she thought possible.

After this quite dramatic revelation she must begin to decide what she wants to do, is she ready to raise a child, hell does she even want to be a mother?

Well luckily for her she doesn’t have to work out this decision alone because as well as her friends and family she’s got an animated comic book style baby to talk out all her worries with, the very baby that’s inside her pregnant belly!

This isn’t the only animated feature of Ninjababy though as throughout the film it is littered with a delightful collection of fun and creative animated sequences and effects that effortlessly infuse with the main narrative.

This is no gimmick though, and thankfully it’s never overused.

It makes perfect sense considering Rakel’s profession and it gives audiences a real insight into how her mind works, ultimately providing a really refreshing slant on the pregnancy drama.

However, this freshness to the filmmaking doesn’t stop here as Ninjababy’s wealth of engaging characters and funny dialogue ensures that it never loses its innovative quality.

All of the characters and the cast that portray them are excellent.

Rakel is a fascinating and funny protagonist and she’s a brilliant focal point for the story to flow from, also Thorp is consistently captivating in her performance.

The surrounding characters are an eclectic mix that very much work in the film’s favour, creating a fabulous mixture of personalities rife with comedic potential that Johan Fasting’s screenplay takes full advantage of.

The film is brimming with a brilliant comedic flare thanks to its sharp dialogue, its comedy set pieces and the escalation techniques it employs as well, this is a funny film and the humour comes from such a variety of places. 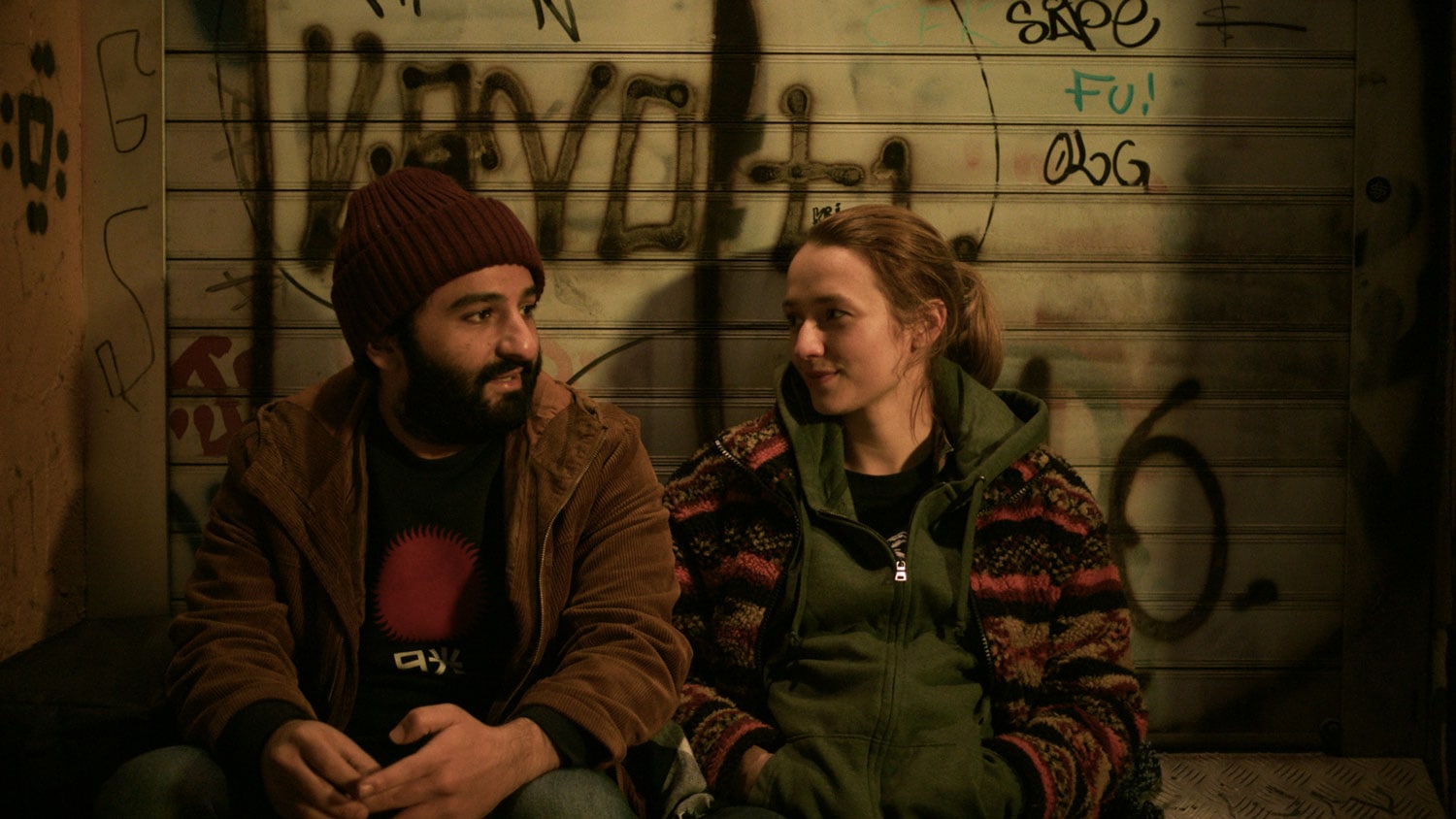 Despite being such a good time in terms of its jokes and creativity with its animation, make no mistake, Ninjababy has some really great dramatic elements too.

Yes, it looks at these through a very comedic lens but there’s some really affecting moments in here too and Rakel’s story is told with as much heart as it is humour.

As well as her very pressing pregnancy circumstances which are the main focus of the film, there’s also time for a romantic subplot and this honestly takes hold of the narrative just at the right time, injecting the film with a burst of energy and change of pace that it benefits from enormously.

This bridges the gap from the second act into the third, creating a perfect lead up to the finale, which in itself packs an emotional and dramatic punch that balances and blends blissfully with the comedy.

This successful combination is completed thanks to the well-worked drama that sees Rakel wrestle with her hopes and dreams as well as her thoughts on motherhood for herself in such a real and frank way that audiences will be all the better for witnessing. 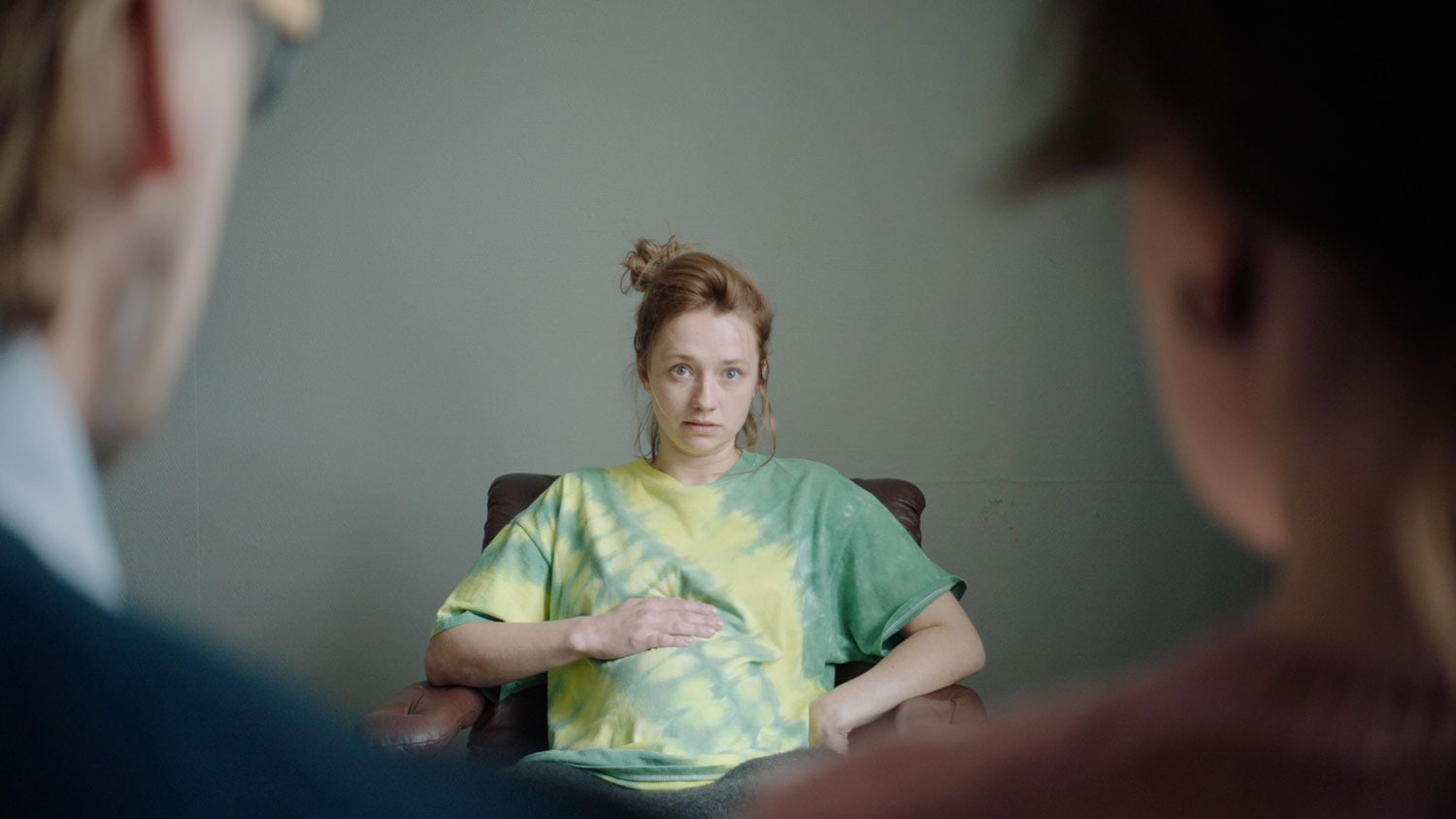 Ninjababy is one of those rare comedy-dramas that seamlessly mixes its two genres in perfect unison.

It cleverly draws in audiences with its playful animation techniques and its more unorthodox comedy moments so when it comes time to take the story more seriously viewers will find this shift effortless, so much so that it doesn’t even feel like a shift but just an extension of the already impressive narrative that has come before it.

Thorp and the rest of her cast nail their performances, portraying this engaging group of characters with precision, each delivering exactly what their role demands of them, allowing for some fantastic comedic chemistry that really helps to make these scenes all the more convincing.

So thanks to this captivating combination of characters, comedy and dramatic content this is one dramedy that deserves to have its due date marked on your cinematic calendars immediately.