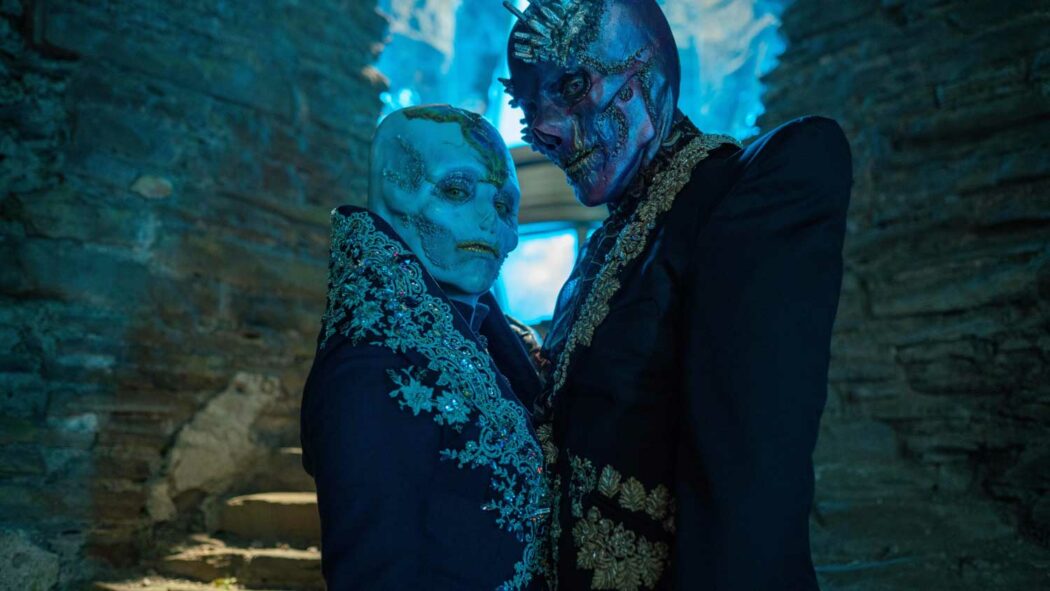 This episode of Doctor Who Flux (Season 13 Episode 5) defiantly felt like it is building up for a huge finale. We got left on a massive cliff-hanger in the previous episode. We left the Doctor separated from her friends and she was being turned into a Weeping Angel. No one knew how she was going to get out of this one.

This was a strong penultimate season finale, but it did feel a bit all over the place at times. However, the final couple of scenes really created that tension that you want for what we can assume is going to be an explosive and shocking finale.

DOCTOR WHO IS COMING AFTER THE MULTIVERSE!

In this episode of Doctor Who Flux, we focus on what Division is and who is the Doctor (Jodie Whittaker). A question a lot of us have been wondering since the Timeless Child story arc was first introduced. We got some answers that the Doctor and we have been seeking but there is so much left to learn and could we see it all when that pocket watch opens up? However, we are now getting ahead of ourselves.

The Doctor spends most of this episode with Tecteun (Barbara Fylnn) and an Ood in Division. On a side note, it was great to see an Ood again. I feel like we should see more of these creatures, they are always so great to watch. Division has taken the world of Doctor Who into a new lane. With this show we have had parallel worlds and now the multiverse is beginning to show their face on Doctor Who. Have the creators of Marvel and Doctor Who been talking, because what a weird coincidence.

THE DOCTOR FINDS SOME SHOCKING TRUTHS IN DIVISION

We saw Fylnn’s character in a previous episode and we had no idea who she was. However, we knew that she was someone important. Who would have thought that it would be Tecteun – the person that found the Doctor all those years ago. Tecteun is such a mysterious character and yet she seems very dark as well. She enjoys messing with time and has great power. I liked the dynamic between Fylnn and Whittaker. There is bitterness between the Doctor and Tecteun on both sides. As both characters have done things that the other doesn’t agree with.

I do wonder if you can bring someone back after they have been touched by Swarm (Sam Spruell) and Azure (Rochenda Sandall). As I don’t want to think that this is the end of Tecteun. However, I don’t think Tecteun and the Doctor could make up. Too much has happened between them. The Doctor will always resent them for taking them away. I liked the idea that what if the Doctor was from another universe. However, it does also raise the question, could there be another Doctor in one of those other universes that Division wanted to move into.

It’s an interesting concept that the Flux was created for Division to protect themselves from the Doctor. Ideally, Divion wanted the Doctor to be destroyed in the universe with the Flux. I’m still not really convinced why though. Yes, the Doctor is a powerful person, but trying to destroy them because they invoke hope doesn’t seem like enough of a reason. Also, the Doctor has been doing this for a while, why only now is their existence an issue. These are just a couple of that don’t make complete sense with why the Flux was created. 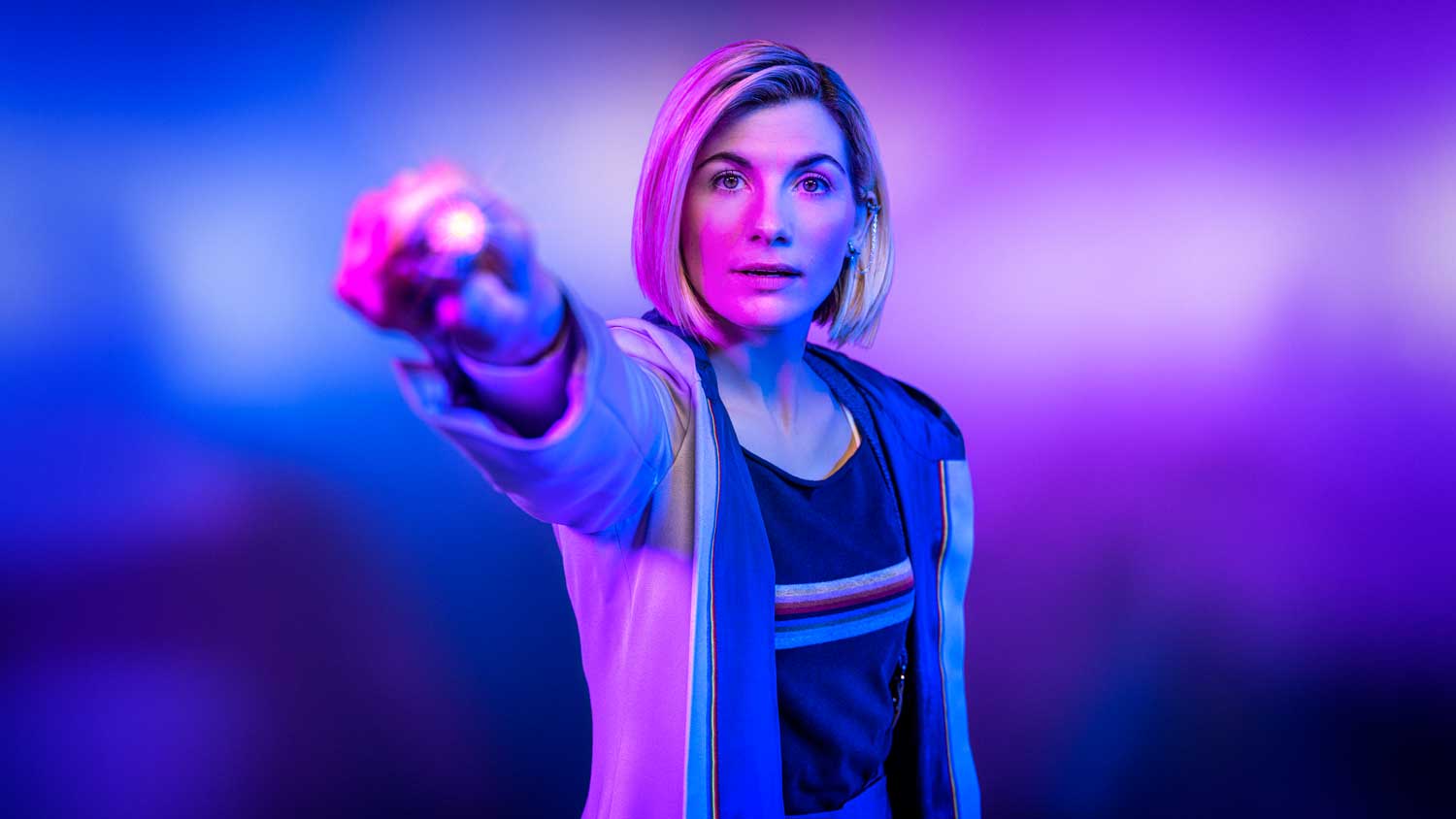 While the Doctor is dealing the possibility of discovering who she really is, Yaz (Mandip Gill) and Dan (John Bishop) along with Professor Jericho (Kevin McNally) are still in the 1900’s. We meet them in 1904 as they search for clues about the Flux. They deal with a lot of traps and people trying to kill them. We see them climb the Tibetan Mountain for an audience with a soothsaying hermit. The hermit, in my opinion, was one of the highlights of the episode. He was hilarious and his witty one-liners were unexpected but a highlight.  Yaz really took charge in these little scenes, and it was nice to see a bit of character development from her. It’s taken a while to get to this.

While Bel (Thaddea Graham) and Karnavista (Craige Els) are now teaming up and I’m still wondering what is the significance of Bel. There has to be more to this character than just the love interest of someone else we met in this season. She has had too much screentime for her presence not to have a huge effect in some way and I’m curious to know what it is. Yet Vinder (Jacob Anderson) is now teaming up with Dan’s missing date that we met in the first episode of the season.

For any long time, Doctor Who fan, the mention of a certain organisation brings with it a lot of excitement. UNIT is back, we watch it being formed in 1958 which is then infiltrated by Prentis, who we then see throughout the history of UNIT as he makes his way up the ranks. The Grand Serpent seized control of UNIT by killing anyone in his path with a psychic snake. It was thrilling to see Kate Lethbridge-Stewart (Jemma Redgrave) again. However, I wished she had a larger part in the episode, but maybe she will in the next episode. 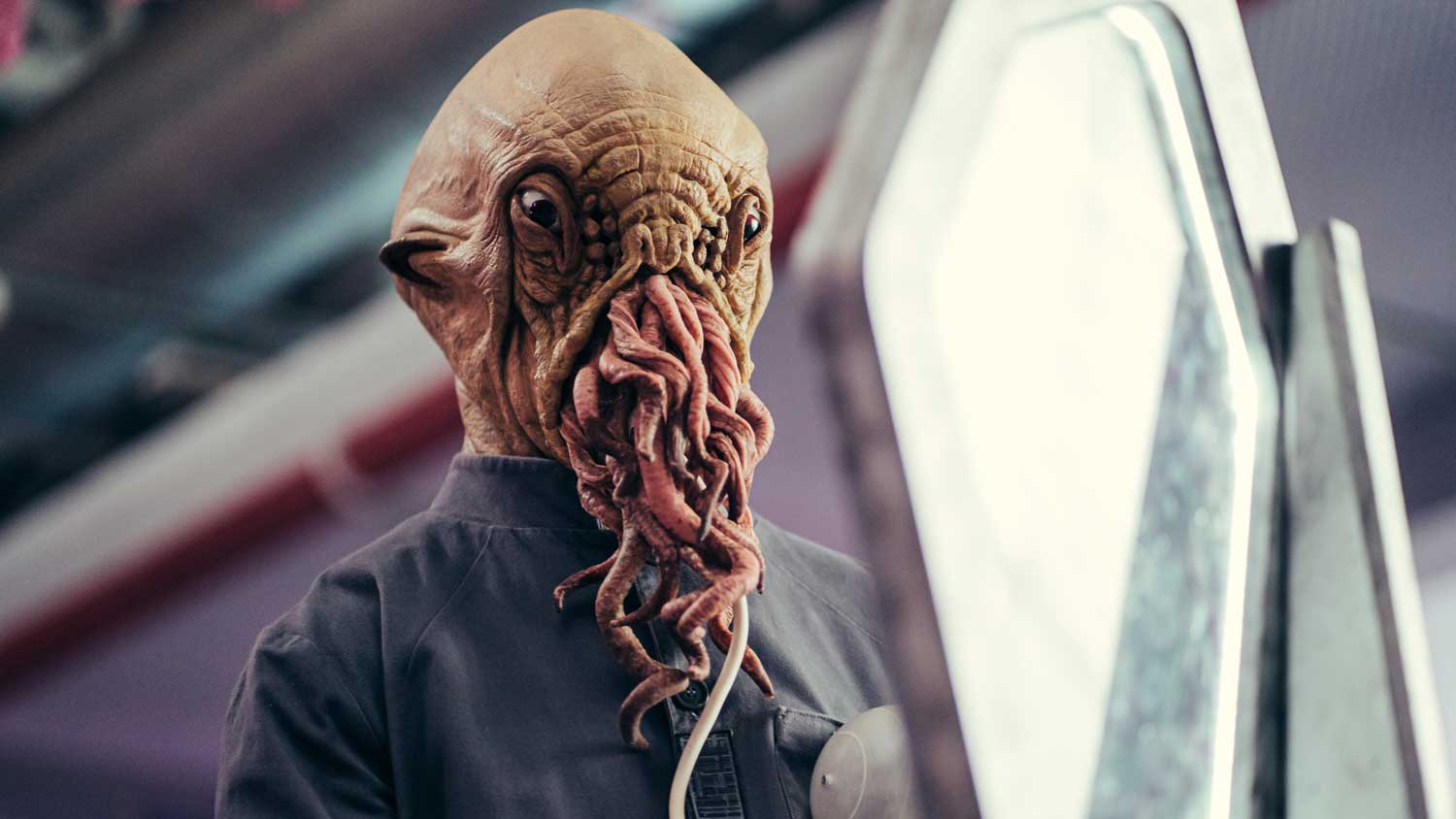 This episode was very back and forth between the Doctor and her friends. This felt more like a build-up for the finale, than an actual story with an ending. I liked the call-backs to UNIT and the mention of multiverses gives off huge parallel world vibes which we have seen before. The Timeless Child has become a really exciting story arc and I’m really intrigued to see how all these stories Chris Chibnall has created will come to a close in the next episode. This episode was good but compared to the last episode, it was just a tad messy in some areas. Bring on the season finale.