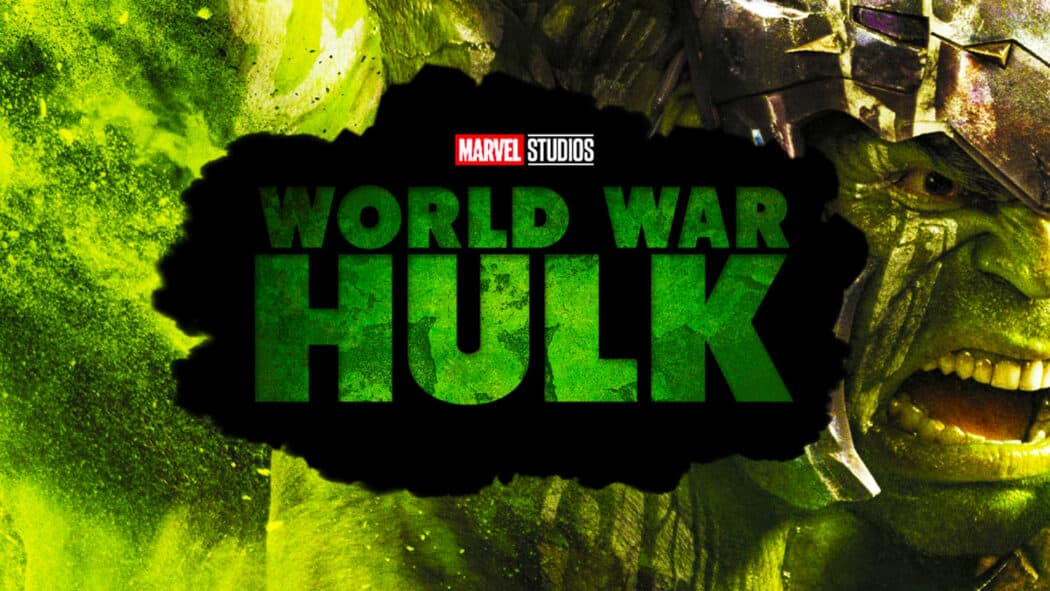 It’s being reported that Marvel Studios is working on a World War Hulk series which will be made for Disney Plus, and I like this rumor!

A rumor of a World War Hulk movie has been making the rounds for quite some time now.

Ever since Mark Ruffalo first played the Hulk in the first Avengers movie, there have been rumors about a World War Hulk film being in development.

I do think elements of World War Hulk were woven into the script for Thor: Ragnarok.

However, we’ve never got an actual adaptation of the comic book series.

There have been rights issues as far as the Hulk character is concerned.

The main issue has been that Paramount Pictures still holds the movie rights to the character.

This means that if Marvel Studios were ever to make a Hulk solo movie, they would have to make it in partnership with Paramount Pictures.

This is what they did for the first Hulk movie, which starred Edward Norton as Bruce Banner.

Since then, we’ve never had another Hulk movie, which is actually quite sad since the character, especially the Mark Ruffalo iteration of Bruce – aka The Hulk – deserves his own movie.

Is Marvel really working on a World War Hulk series for Disney Plus?

READ MORE: World War Hulk Movie Is In The Works

Well, one way they can get around those pesky movie rights issues is by turning the World War Hulk storyline into a series.

This would make a lot of sense. I’m pretty sure that Marvel Studios has been thinking about how they can develop the World War Hulk storyline into a series.

We’ve already got She-Hulk: Attorney At Law coming to Disney Plus.

We know that Mark Ruffalo’s Hulk will be playing a pretty important part in that show.

We’re now hearing reports from multiple sources, including FandomWire and Marvel Updates on Twitter, that a World War Hulk series is in development for Disney Plus.

It’s being reported that this series will be announced at the upcoming D23 event.

Why wasn’t this World War Hulk series announced at SDCC?

So, the question remains, if this World War Hulk series is so far along in development, why wasn’t it announced at San Diego Comic-Con?

Well, it seems as though Marvel and Kevin Feige were holding an awful lot back during their Hall H presentation.

We didn’t hear anything about projects such as Deadpool 3, Armor Wars, Shang-Chi 2, The Eternals 2, Thor 5 and Wonder Man to name but a few upcoming Marvel movies and TV shows.

We know that many of these projects are already in development.

It seems as though they are saving a lot of big announcements for D23.

This makes sense as it’s Disney’s very own event.

They’ll want to have as much buzz around it as possible.

Would you like to see a World War Hulk series on Disney Plus?