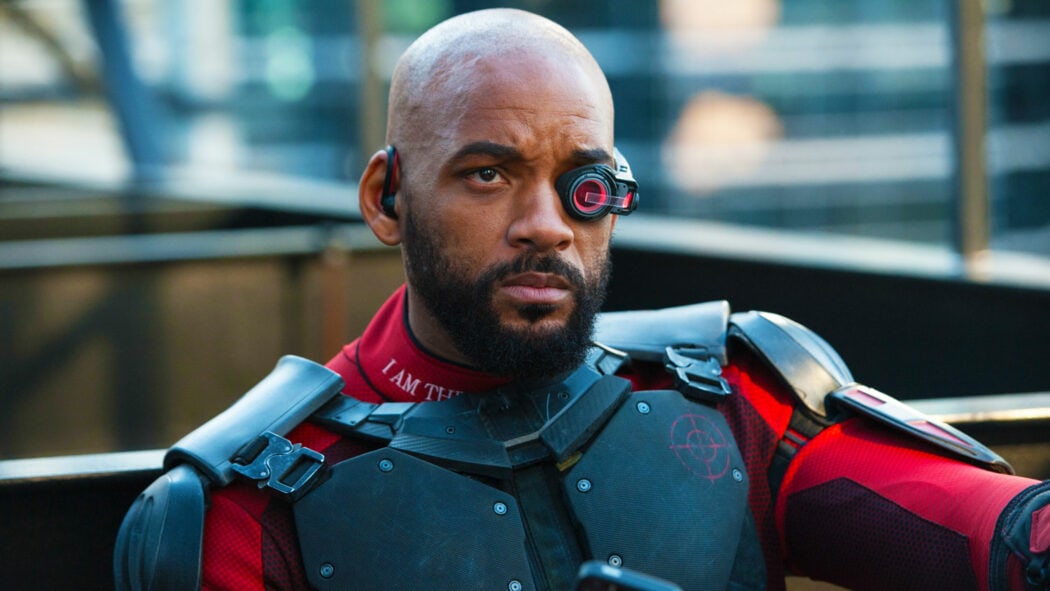 It’s been revealed that Will Smith is still very interested in playing his Suicide Squad movie character, Deadshot again in the DCEU.

Before I go into who’s been reporting that the Suicide Squad actor wants to return to play Deadshot, I have to mention what he actually said about playing the character again in the past.

During an interview which was for King Richard back in 2021, Will Smith was asked about potentially returning to the DCEU to play Deadshot.

At first, he seemed to think that Idris Elba was playing Deadshot in James Gunn’s The Suicide Squad.

However, the interviewer explained that Elba wasn’t playing Deadshot in the movie (he was actually playing Bloodspot in the movie).

Upon learning this news, Smith said:

Alright, cool, so I can come back.

Smith was joking, of course. He must have already known that he could return as Deadshot – at least, I hope so.

Could Will Smith return as Deadshot in the DCEU?

Anyway, it’s now being reported by Giant Freakin Robot that Will Smith wants to play Deadshot again in the DCEU.

However, they are reporting that the actor has one condition for his return.

According to the outlet, Smith wants Deadshot to become a member of the next Justice League.

Now, this is a very strange demand, especially since Deadshot has never been a part of the Justice League in the comics.

Could Will Smith’s Deadshot work in the Justice League?

Read more: Will Smith Says He Would Return As Deadshot

That said, Smith’s interpretation of the character could fit in nicely with the DCEU’s Justice League.

He’s more of an anti-hero and he could be brought onto the team at some point in the future to help out with a very specific mission.

I cannot wait to see what happens with Smith and his Deadshot character in the DCEU.

Would you like to see Smith return as Deadshot in the DCEU?