What Makes A Great Music Biopic?

ICYMI: Stardust, the briefly-hyped biographical film about David Bowie’s musical legacy, premiered towards the end of last November. It was a flop waiting to happen; this movie was criticized heavily throughout its production. Its team committed every social faux-pas imaginable when memorializing a public figure. Stardust lacked support from Bowie’s family and therefore, had no rights to Bowie’s music.

Related: I’m Autistic. This is why Sia’s New Film, Music, Is Problematic

Duncan Jones, Bowie’s son, commented on the movie back in January 2019. He tweeted, “I’m not saying this movie is not happening.  I honestly wouldn’t know. I’m saying that as it stands, this movie won’t have any of dads music in it, & I can’t imagine that changing.  If you want to see a biopic without his music or the families blessing, that’s up to the audience.” (sic)

Im not saying this movie is not happening. I honestly wouldn't know.
Im saying that as it stands, this movie won't have any of dads music in it, & I can't imagine that changing. If you want to see a biopic without his music or the families blessing, thats up to the audience.

Jones confirmed that Stardust didn’t have exactly what Bowie’s family was looking for, it lacked creativity and pizazz. Revisiting the topic again, when asked last month about the prospects of supporting a future project surrounding his father, he shared,  “[…] i [sic] would imagine we would be happy to see a thoughtful, interesting, expansive approach to such a film.” Thus confirming what all of the critics had to say about Stardust: The movie was bland and unimaginative— two words that pose nothing but shame to Bowie’s stage alter-ego, hyped-glammed Ziggy Stardust.

I don’t want to speak on behalf of the family, as everyone will have their own thoughts, I’m sure, but i would imagine we would be happy to see a thoughtful, interesting, expansive approach to such a film.
It hasn’t happened yet.

To work around the lack of access to the artist’s greatest hits, Stardust focused on the origin story of Bowie’s stage persona, Ziggy Stardust. Johnny Flynn, the actor playing Bowie who later shared that he received violence hate-mail for his role, sang a Bowie-inspired original song and Bowie-chosen covers. The absence of Bowie’s music coupled with the lack of support from the Bowie family and estate was rather insulting to Bowie and his fans—whom I assume were the movie’s targeted audience.

Sitting at a 16% on Rotten Tomatoes, a 36 on Metacritic (where a reviewer called it “dry and stuttering”), and a 39% on Google reviews, it’s easy to say that this movie didn’t resonate with its audience. Sad as that is, there have been many great and successful biographical movies out there to watch while we wait for a Bowie-approved flick.

Rewinding back to the 1980s, there is the multi-award winning biographical movie Sid and Nancy: Love Kills which chronicled the lives of Sid Vicious (Gary Oldman) and Nancy Spungen (Chloe Webb), crucial members of the English punk-rock band the Sex Pistols. This movie’s reviews were generally favourable and it quickly gathered a cult-following despite not compensating for its production budget through box office sales. Ironically enough, the movie made similar mistakes as Stardust; it didn’t have the support of other members of the band and it lacked the band’s music. Instead, the movie had a soundtrack composed of original songs with a large portion of the music being composed by co-founder and vocalist for the rock band The Clash.

The movie’s director Alex Cox recruited Sid Vicious’ mother to assist with production and even managed to get his hands on some authentic memorabilia to use for filming. Cox paid recognition to the genre and featured cameos from many prominent musicians from the era like Courtney Love and Iggy Pop. But, it received negative reception from Six Pistols’ vocalist, John Lydon, despite his supportive efforts— Lydon met multiple times with the cast member who was cast to play him and claimed the actor admitted that the movie was already completed at their time of meeting.

Sid and Nancy: Love Kills made up for its short-comings by fully embracing the gritty and raunchiness of the punk rock movement, despite that directness making it susceptible for criticism of its depiction of drug abuse. The movie was intense and deeply committed to losing itself in the self-destructive behaviour of the two band members. 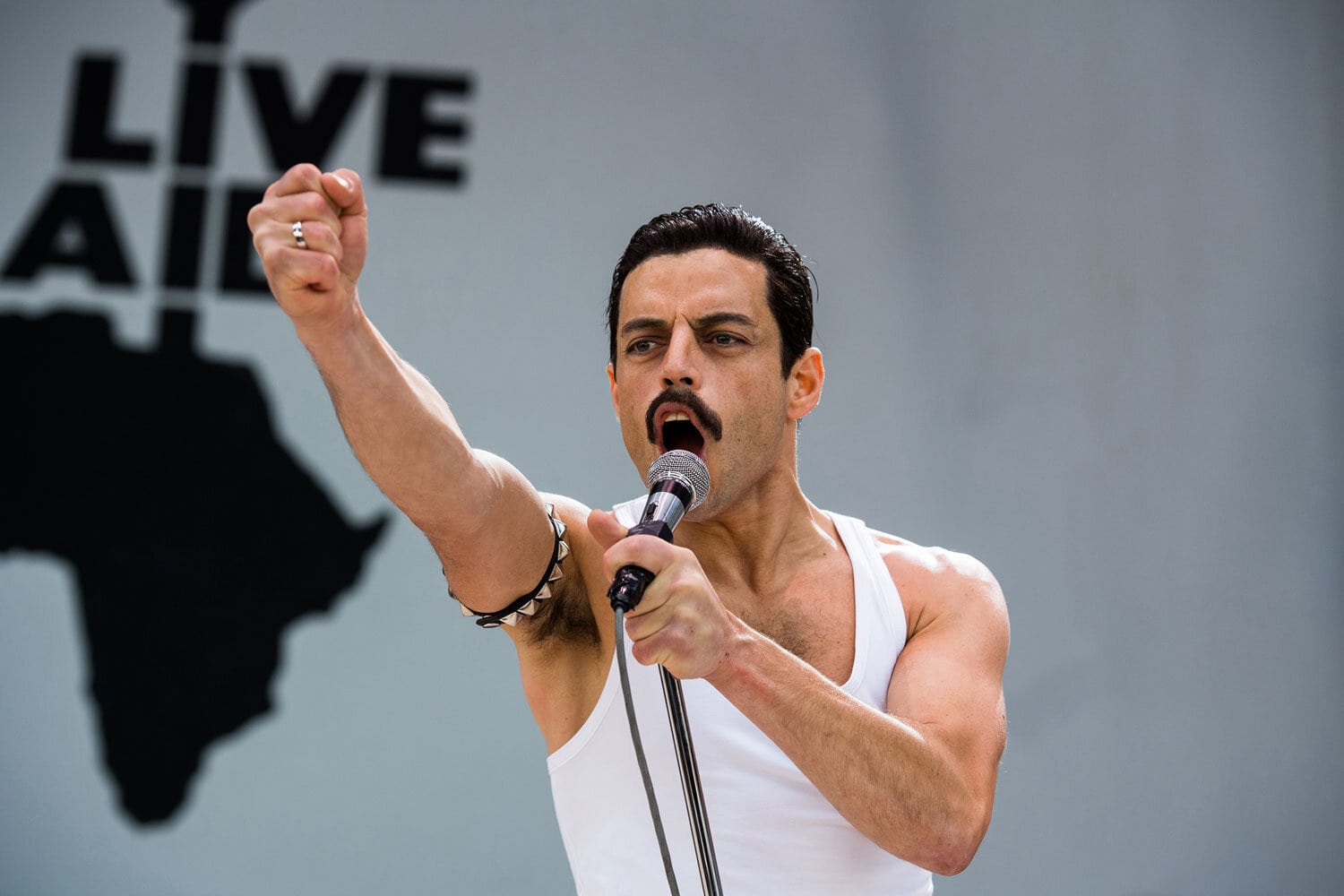 This biopic focused on the life and tribulations of Queen-frontman Freddie Mercury (Rami Malek). The movie was loud and entertaining; filled with flamboyant costumes and full-fledged musical numbers. Bohemian Rhapsody had the undivided support from the remaining members of Queen, enlisting the band’s guitarist Brian May and drummer Roger Taylor as production consultants. Named after one of Queen’s greatest songs, the movie featured the band’s actual music and concert recreations.

While a majority of the movie is historically accurate, the director did take some liberations to make it more dramatic, a decision that I don’t think Mercury himself would frown upon. He was a crowd-pleaser and was notorious for putting on a good show both onstage and on film.

Despite sweeping the 2018-2019 awards season, Bohemian Rhapsody’s biggest criticism was that it watered down Mercury’s life as a gay man, making unusual directorial decisions like hardly acknowledging the singer’s gay relationships and randomly slicing in a short montage of Mercury partying at a gay fetish nightclub with zero preface or resolution. The few scenes related to his sexuality were ill-fitting and didn’t provide any substance to the character or his masochistic downfall. However, it’s easy to push that aside and acknowledge that the movie was a great celebration of Queen’s music and Mercury’s public and stage persona. Undeniably, the movie is easily consumable and a party in itself. 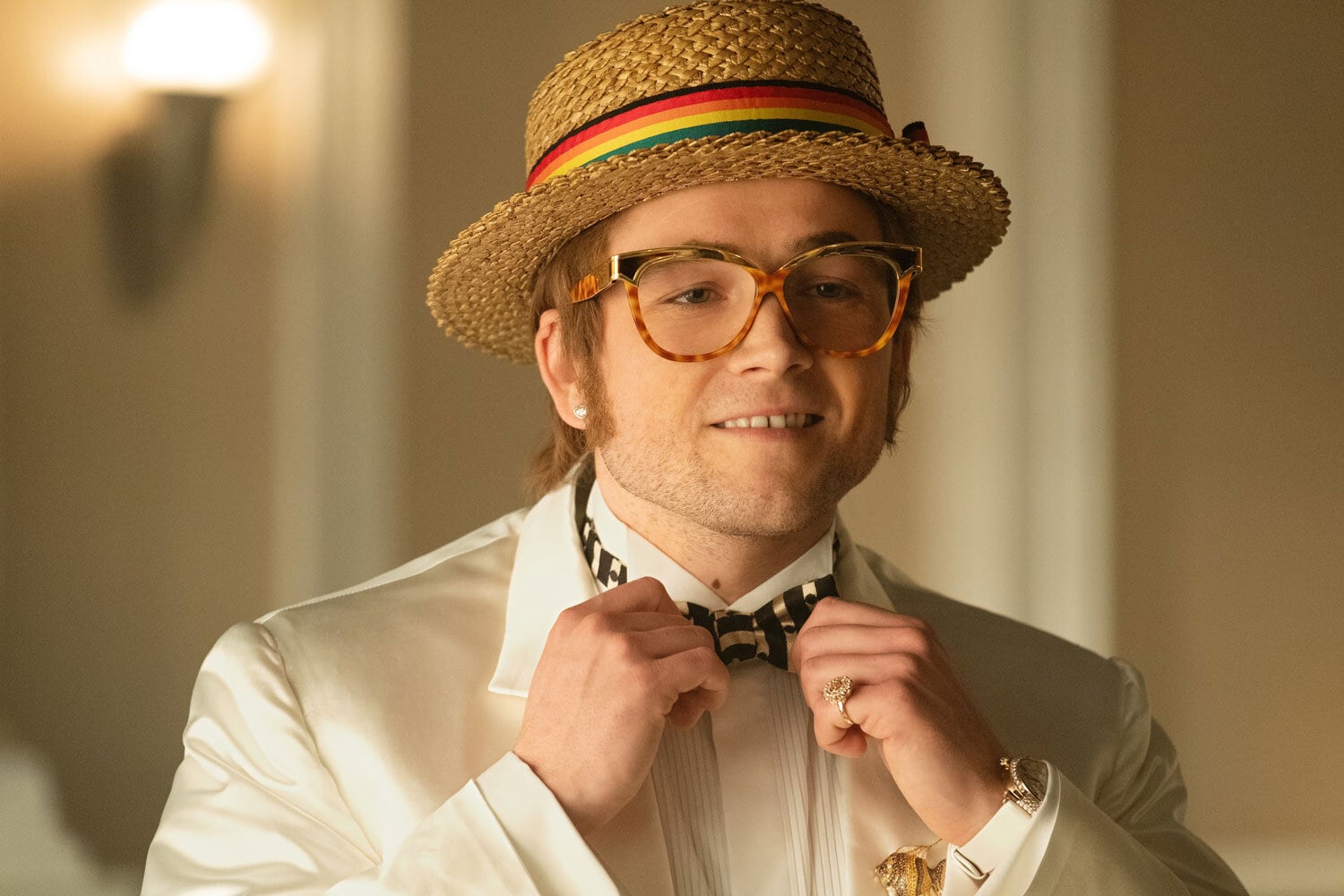 Rocketman is the first movie on this list that was created while the person being honoured was still alive. This movie told Elton John’s origin story from being a young fatherless boy (born as Reginald Dwight) in Britain to being one of the world’s greatest pop-rock singers. Having been co-produced by Elton John’s husband David Furnish, Elton John was heavily involved. The creators sought his approval on everything; from the script to casting.

In contrast to the previously mentioned movies, Rocketman highlighted Elton John’s showy and colourful persona through incorporating traditional musical-storytelling elements into the film, rather than just showing the recreations of music performances. Those scenes were some of the most touching moments in the film; a young and heartbroken Reginald Dwight sitting up in his bed to see a fantastical orchestra in his bedroom; a suicidal drug-riddled Elton John (Taron Egerton) falling to the bottom of a pool to meet his younger self playing piano underwater; Elton John dungaree-clad and flying off of his piano as he feels out-of-this-world while playing “Crocodile Rock”.

The movie received favourable reviews from worldwide critics and procured a standing ovation at the Cannes Film Festival. Rocketman stands as a fantastic example of what makes a great music biopic. Its audience was granted a graciously authentic and well-acclaimed biographical that was a box office success and earned many accolades (including 2 Golden Globes)— a braggable feat for Elton stans.

What do you make of this feature? Which is your favourite music biopic? Let us know your thoughts in the comments below.