The SpongeBob Movie: Sponge On The Run Review

SpongeBob Squarepants has been around for over two decades at this point and while it has gone through a lot of changes behind the scenes and even some onscreen, a fair amount of it – the format, main characters, and voice cast – has stayed the same. Such remains the same for the feature films that have come from the show, of which The SpongeBob Movie: Sponge on the Run is the third of (after The SpongeBob Squarepants Movie in 2004 and The SpongeBob Movie: Sponge Out of Water in 2015). All three movies centre on SpongeBob being sent on a mission that takes him and at least some of the other characters out of the show’s main setting of Bikini Bottom, involve someone trying to obtain the secret formula to the coveted Krabby Patty burger and see our main character encounter zany obstacles – and some celebrity appearances – along the way.

Likely due to it coming out 21 years into the yellow sea sponge’s existence, Sponge on the Run feels a bit like a “greatest hits” reel of the franchise. The plot mainly focuses on the title character’s quest to find and retrieve his pet snail, Gary, which is a plot that the show has used in the past (there was even a whole special about it) and there are direct nods to other past stories, including one from the first movie. The most interesting scenes are the ones where we see the full main cast play off of each other, especially those who we don’t often see interact in the main series (scientist squirrel Sandy with restaurant rivals Mr. Krabs and Plankton come to mind).

The SpongeBob Movie: Sponge on the Run feels like a “greatest hits” reel 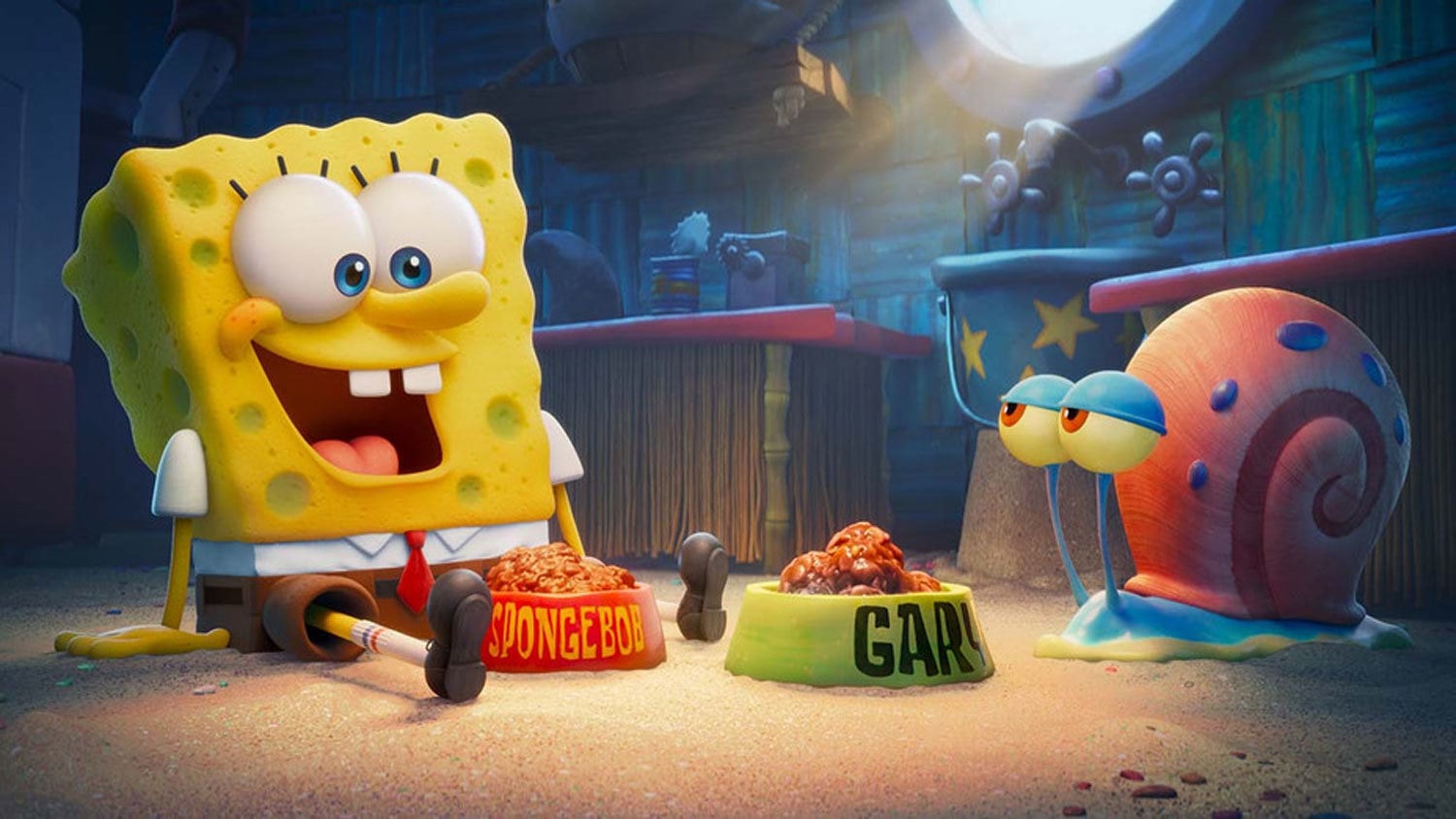 Read more: Indiana Jones Has Been Declared As The Greatest Movie Hero Ever – But Is He Really?

The other main highlights come from the music-enhanced scenes, both those involving characters singing as well as simply music and songs in the background. The selections for the latter range from well-known pop hits to more indie fare but all fit in with the tone of the movie well. The weakest musical moment is probably one that comes from a celebrity cameo that disappears as abruptly as it begins and has little bearing on the story but still brings the fun expected from a SpongeBob movie.

This particular cameo hasn’t been shown in any of the film’s promotional materials so no, we don’t get to hear Keanu Reeves sing, but speaking of Reeves, his role goes beyond that of which could be considered a cameo and is more relevant to the story than you might expect, though the character does start to wear out his welcome after a while. There’s nothing really wrong with Sponge on the Run on the surface, but fans of the franchise and anyone aware of the desires of Stephen Hillenburg (who passed away in 2018) will surely notice an elephant in the room. The SpongeBob creator had long been known to be against the idea of any spin-offs coming from the series, and not only did the spin-off Kamp Koral get greenlit just months after his death, Sponge on The Run goes out of its way to tie into the upcoming series. 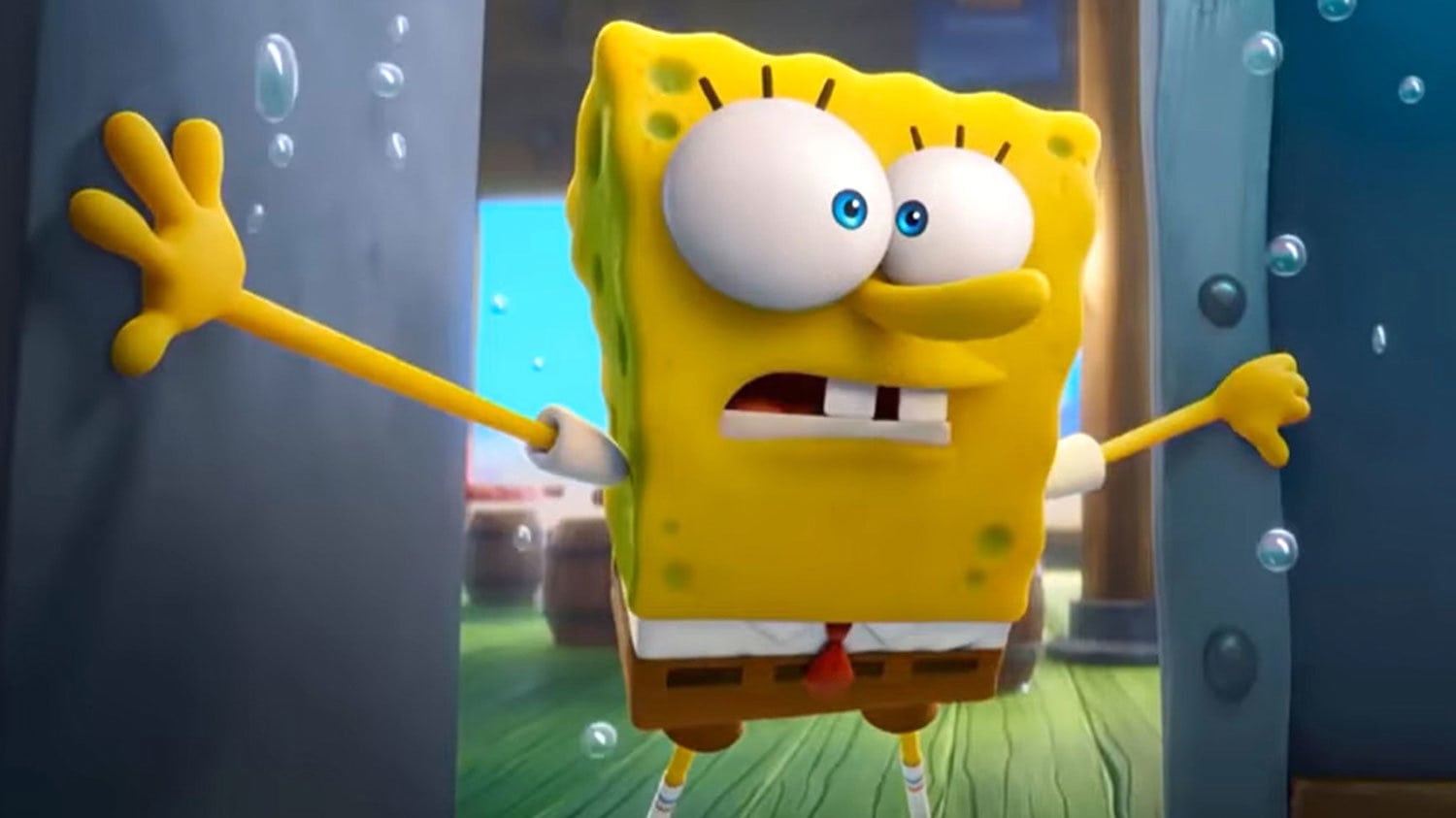 The scenes in which it does so do contribute to the story, but could have easily been filled with others made to serve the same purpose (plus the scenes set at Kamp Koral are all presented as childhood flashbacks, though many fans of the original show have pointed out that this is a retcon of events that shaped the series in its earliest episodes). This element won’t ruin the film for those not in the know, but the film’s dedication to Hillenburg at the end would have seemed much more sincere had the filmmakers stuck to the canon he established and simply refrained from including spin-off material.

Basically, the experience of watching Sponge on The Run is akin to what one might imagine a visit to the Krusty Krab would be like for a Bikini Bottom-ite: nothing revolutionary, but reliable and charming enough… provided you can get past the whole Kamp Koral controversy.

What do you make of this review of The SpongeBob Movie: Sponge on the Run? The movie’s available to stream right now on Netflix in the UK. It’s available on CBS All Access in the United States. Let us know your thoughts in the comments below.

Shameless Hall of Shame Episode 6 Recap: Ghosts of Gallagher Past