The Magical Voices Behind Your Favorite Disney Characters

Disney has some of the most popular characters in the entire industry, and they’ve continued to develop new films while respecting their catalogue of existing movies. Here’s a look at some of Disney’s most magical voices.

While live-action actors have the chance to build their characters through their acting style, animated characters are only differentiated through two things: the animation itself, and the voice actor behind the character.

Let’s take a look at the unique, captivating voice-over artists behind some of the most popular characters in the Disney oeuvre.

Lea Salonga is one of the most beloved voice actors in the history of Disney movies.

In fact, Salonga is known for two different Disney performances—first as Jasmine in Aladdin in 1992, and then as the title character in Mulan in 1998.

While other actresses recorded each character’s speaking lines, Salonga played a key role in both films by providing their vocals during the musical numbers.

Furthermore, she is also famous for being the first Asian woman to win a Tony Award and the first Filipino artist to sign with an international label.

Salonga started her career out in theatre, working in London’s West End theatres as well as Broadway shows in New York City.

Disney recognized Salonga as a Disney legend in 2011 for her incredible performances in two of the company’s most treasured films.

All things considered, Lea Salonga is one of the most accomplished and iconic voice actors in the history of Disney movies.

Read more: Is Ellen DeGeneres Dead? Why Is RIPEllen Trending On Twitter?

Tom Hanks is another world-famous actor with well-known performances in both Disney movies and a wide range of other films.

Hanks’ most popular role in the Disney canon is his performance as Woody in the Toy Story series, which started with the first Toy Story in 1995 and wrapped up with Toy Story 4 in 2019.

With that being said, nobody would be shocked to see Disney continue the Toy Story franchise, which is one of the most successful intellectual properties in the entire Disney collection.

Tom Hanks was the perfect casting choice for Woody given his uniquely likeable vocal qualities and his reputation as one of America’s most famous performers.

Of course, his career spans well beyond his Disney appearances to numerous other films such as Big, Forrest Gump, Saving Private Ryan, Apollo 13, Sleepless in Seattle, Cast Away, The Terminal, and Catch Me If You Can.

Read more: Is Tim Allen Dead? Why Is The Toy Story Actor Trending On Twitter?

While Ellen has been wrapped up in workplace-related scandals, she was once a fan favourite due to her distinctive voice acting as Dory in the classic Disney movie Finding Nemo.

In fact, Dory ended up stealing the show from Nemo, Marlin, and other main characters.

Disney ended up capitalizing on DeGeneres’ success with a Dory-focused spinoff called Finding Dory, which was released in 2016 and became one of that year’s highest-grossing films.

Ellen’s performance in Finding Nemo also led to her being the first voice actor to win the Saturn Award for Best Supporting Actress.

Outside her work for Disney, Ellen has had an incredibly illustrious career and has won innumerable awards including 30 Emmys, 20 People’s Choice Awards, and even the Presidential Medal of Freedom from then-President Barack Obama.

Tim Allen is famous for his role as Buzz Lightyear, forming an iconic duo with Tom Hanks’ Woody.

Their cowboy vs. spaceman dynamic was central to the franchise’s success and depended on incredible performances from both voice actors.

Buzz Lightyear and Woody became two of the most famous animated characters in the United States, and their success led to three sequels across nearly 25 years.

Before taking on the role of Buzz Lightyear, Tim Allen was known for playing Tim Taylor on the show Home Improvement in the 1990s on ABC.

Allen has also appeared in a variety of comedies including Santa Clause, Wild Hogs, Galaxy Quest, and Crazy on the Outside.

Another one of the most beloved American actors of the 20th century, Robin Williams demonstrated his incredible range with performances in a diverse range of movies such as Hook, Jumanji, Mrs. Doubtfire, Dead Poets Society, Good Will Hunting, and more.

Williams was also known for his unforgettable voicing of the Genie in Disney’s Aladdin, a 1992 hit which ended up being the highest-grossing movie of that year.

While the success of the first movie led to a TV show, a Broadway play, and two different direct-to-video sequels, it also resulted in a highly publicized feud between Williams and the series creators.

Williams was frustrated by his low pay for such a successful film as well as the fact that Disney used the character in promotional materials.

He described the situation later in his career:

We had a deal….The one thing I said was I will do the voice. I’m doing it basically because I want to be part of this animation tradition. I want something for my children. One deal is, I just don’t want to sell anything—as in Burger King, as in toys, as in stuff….Not only did they use my voice, they took a character I did and overdubbed it to sell stuff. That was the one thing I said: ‘I don’t do that.’ That was the one thing where they crossed the line.

After their falling out, Simpsons voice actor Dan Castellaneta ended up providing the voice for the Genie in the first direct-to-video sequel, The Return of Jafar, which came out in 1994.

However, Disney eventually offered an apology and convinced Williams to return for a second direct-to-video sequel, Aladdin and the King of Thieves.

Later on, Robin Williams was added to the illustrious Disney Hall of Fame in 2009—just five years before his tragic death in 2014. 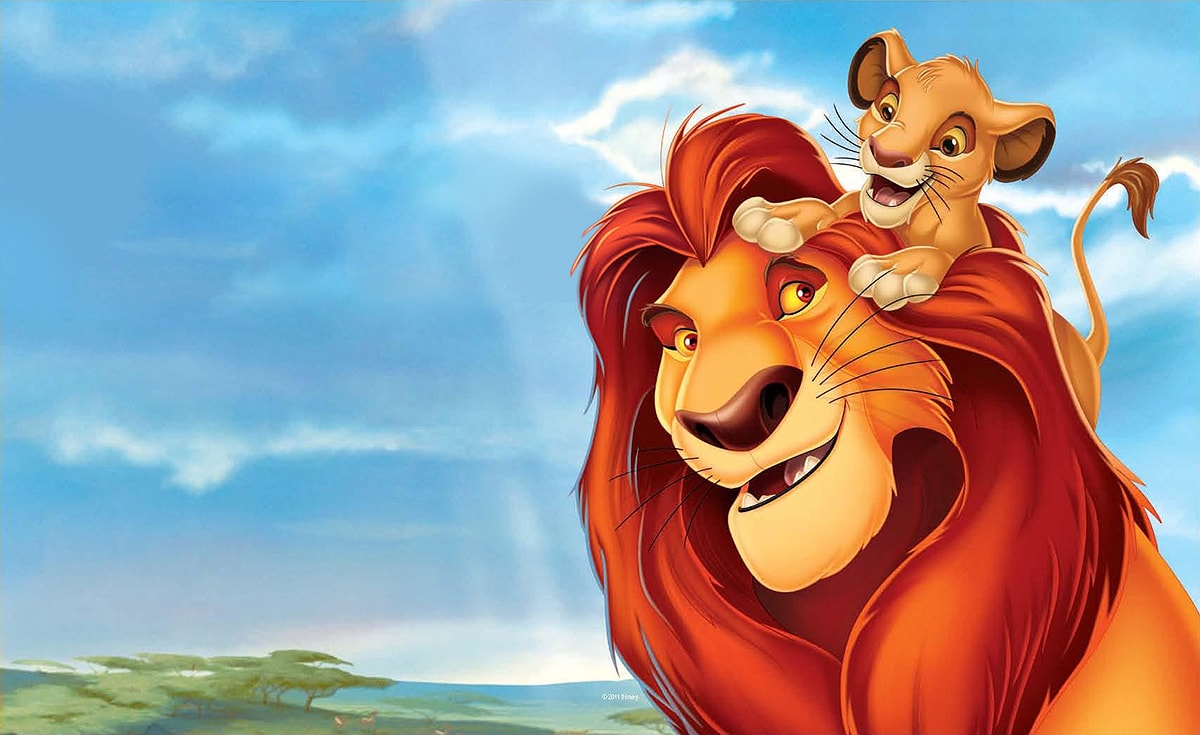 James Earl Jones is famous for his voice as well as his acting talents, and he has one of the most unique portfolios of any actor in the 20th century.

He started out his career on Broadway and also appeared in numerous Shakespeare plays such as King Lear, Hamlet, and Othello.

He became a well-known film actor in 1964 when he portrayed Lothar Zogg in the classic Kubrick movie Dr. Strangelove or: How I Learned to Stop Worrying and Love the Bomb.

In terms of Disney movies, Jones’ most famous role is his 1994 performance as Mufasa in The Lion King, which was influenced by Shakespeare’s Hamlet as well as stories from the Bible.

Despite being over 60 years old when The Lion King was released in the mid-1990s, Jones was the only actor from the original movie to reprise their role in the 2019 sequel, which took a much more realistic approach to animation.

James Earl Jones is also widely renowned for providing the voice of Darth Vader in the Star Wars series, which became part of the Disney collection after Disney acquired Lucasfilm in late 2012.

He also reprised that role in 2016, offering his vocal talents for the iconic villain.

Both within and outside of the Disney universe, James Earl Jones was undoubtedly one of the most influential American actors of the 1900s.

Disney movies have been delighting both children and adults for generations, and some of the world’s favourite actors have appeared in one Disney film or another over the years.

In the end, the movies on this list simply wouldn’t have been the same without the iconic voices of these world-famous performers.