News Of The World Review

In a career shaping over 40 years, multiple Academy award-winning actor, Tom Hanks, has never been one to ‘phone in’ any performance. Having grossed $9.9 billion worldwide at the box office, Hanks entered the streaming services over the past 12 months.

First with Apple TV’s Greyhound, and now Netflix with News Of The World. (Not to be confused with the British tabloid filled with scandal from the 90’s…) As the film begins, we are in 1870, after the American Civil War and meet Captain Jefferson Kyle Kid.

A former Confederate infantry solider, who travels town to town reading news from the newspapers to make a living. Upon his travels, he comes across an overturned wagon, with bodies all around he finds a little girl dressed in Native American clothing. Johanna.

Zengel is a revelation in News Of The World 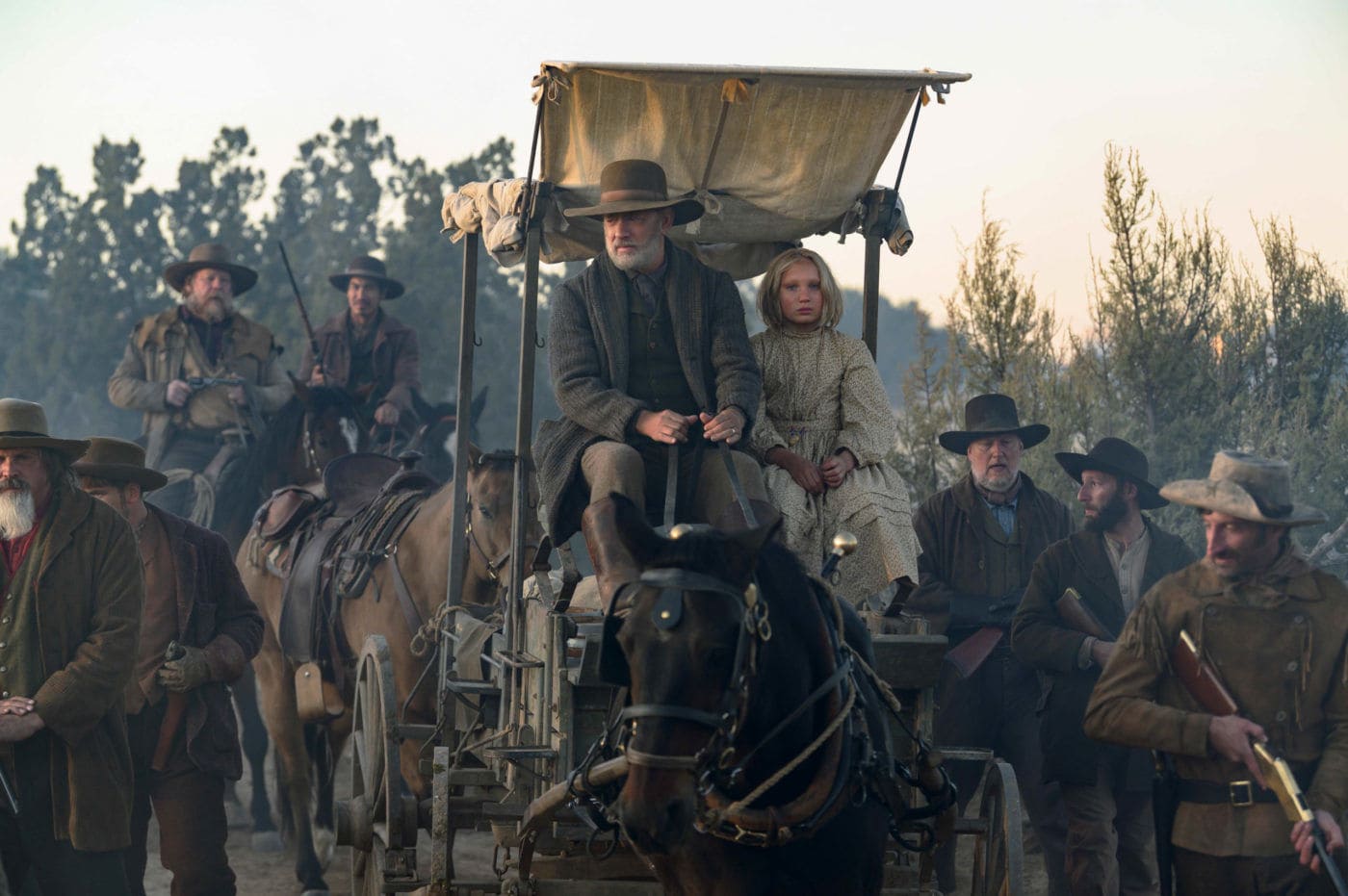 Johanna is played by the fantastic Helena Zengel, in her international debut who really shows chemistry with Hanks and never falters from his levels. After watching the film it’s evident we will see more from Zengel in years to come, and being able to hold your own against an actor of Hanks calibre is no easy feat.

Johanna’s family was killed years ago by the Kiowa tribe and she since has been raised as one of their own, and she considers herself to be Kiowa. Kidd is tasked with taking Johanna back home, to the Kiowa tribesmen 400 miles away.

What follows is a simple yet intriguing journey throughout the state as they entangle against radicals, antagonists and ultimately the power of the news. The film is beautifully shot by Paul Greengrass who teams up with Hanks again after their previous collaboration in Captain Phillips.

Hanks performance really shines throughout the film, notes of fatherhood, remorse, loss and internal conflicts come across with just a glance. Exactly what we come to expect from his performances.

And therein lies the problem with the film, unfortunately. Despite the acting performance, the film never really seems to get going.

Themes reflective of the modern-day, with the control of news and being led by leaders who are only causing you more harm are relevant to see. But the film itself is basic, there seems to be no real depth or exploration, into the dramatic aspects of the plot, that an audience wants to see.

Would News Of The Works work if Hanks wasn’t on the poster…? 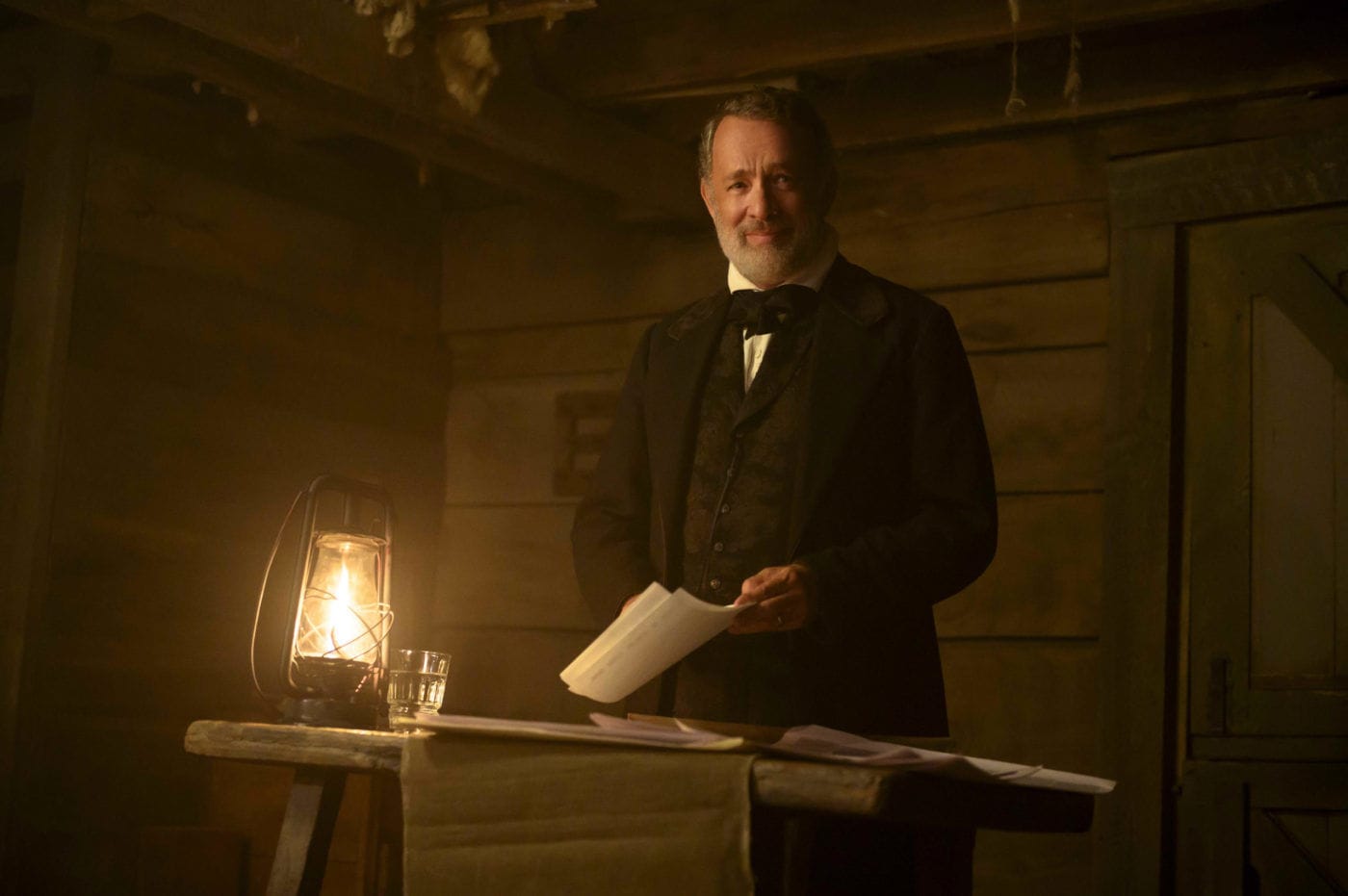 If Hanks name wasn’t on the poster, there would be very little reason to choose this film over another. The film completely relies on Hanks to be Tom Hanks and almost like a star vehicle from the earlier Hollywood eras.

It’s an old-fashioned, easy to watch road-movie, with strong acting and heart. If it’s a late-night evening, and you are stuck deciding upon something to watch, this is a perfect choice.

What do you make of this news? Are you going to be watching Tom Hanks and Helena Zengel in News Of The World? Let us know your thoughts in the comments below.