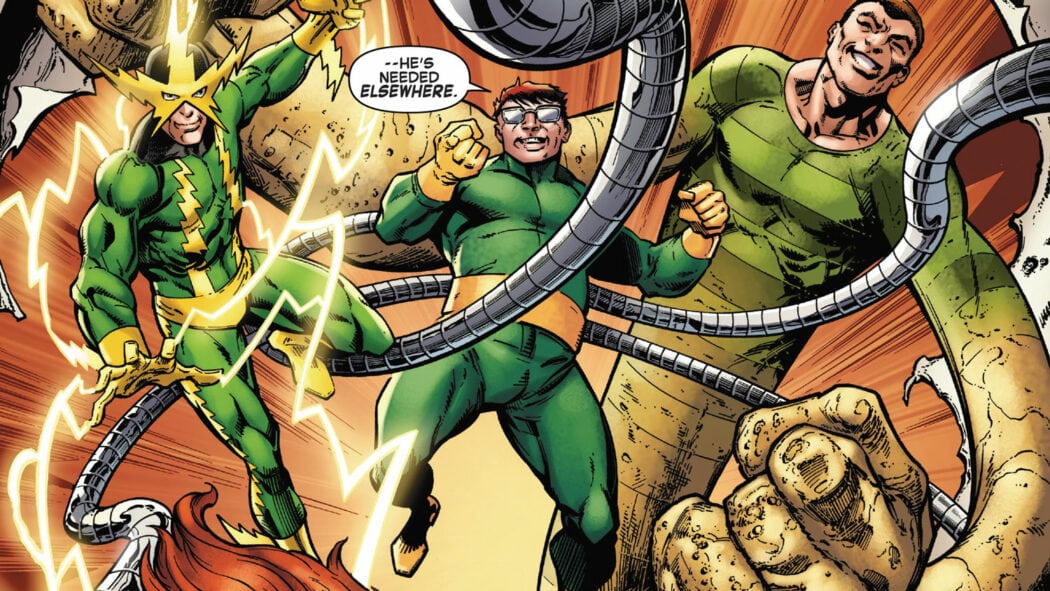 It’s being reported that a Spider-Man Sinister Six spinoff movie might be in the works over at Sony Pictures and this sounds really interesting to us.

This news comes to us from our good friends over at Geekosity.

They are claiming that a Sinister Six movie is a very likely possibility and that Marvel Studios’ President, Kevin Fiege wants to work on the project with Sony.

It looks like Marvel Studios is going to be introducing more of the Sinister Six members Spider-Man: No Way Home.

Feige isn’t passing the baton to Sony. A chunk of the Sinister Six’s roster already exists in the MCU.

A Spider-Man Sinister Six spinoff movie might be coming

Sony’s always kept outside of the new Spider-Man stuff they’re doing with Disney/MCU. With this Venom (the upcoming Let There Be Carnage) they’re actually going to connect to the Spider-Man universe they’re setting up with Disney/MCU. I know one of their long-term goals is to make Sinister Six.

It would be brilliant to see what Sony and Marvel could do together on a Sinister Six movie.

It does look like the Green Goblin, Doc Ock, the Lizard and the Sandman will all be in No Way Home.

Would you like to see a Sinister Six movie, finally?