The hype for this show has been huge and finally It’s A Sin Episode 1 is here, everywhere you looked there was promotion and advertising for this show. This first episode sets up nicely the characters we are going to be following and the world they are living in. This five-part miniseries centres on a group of gay men at the start of the Aids epidemic, with well-chosen music that will transport you back into the early 80s.

The majority of It’s A Sin’s first episode is used to set up the characters and the kind of people they are. In some way, all the characters are hiding who they are and it isn’t until they move away from home, for various reasons, do they start acting like the men they want to be. Ritchie Tozer, who is played by Years and Years singer Olly Alexander, leaves his parents on the Isle of Wight to go study law in London. It isn’t long until Ritchie becomes friends with Jill (Lydia West) and he gains a long list of lovers which includes Ash (Nathaniel Curtis).

While being away his discovers another passion which is acting, the conversation between Ritchie and his parents (played by Keeley Hawes and Shaun Dooley) is tense and awkward, but this moment is something everyone can relate to. We have all at some point have had to have a conversation with our parents about something and we weren’t sure how they will react or we know they won’t be the happiest about it. 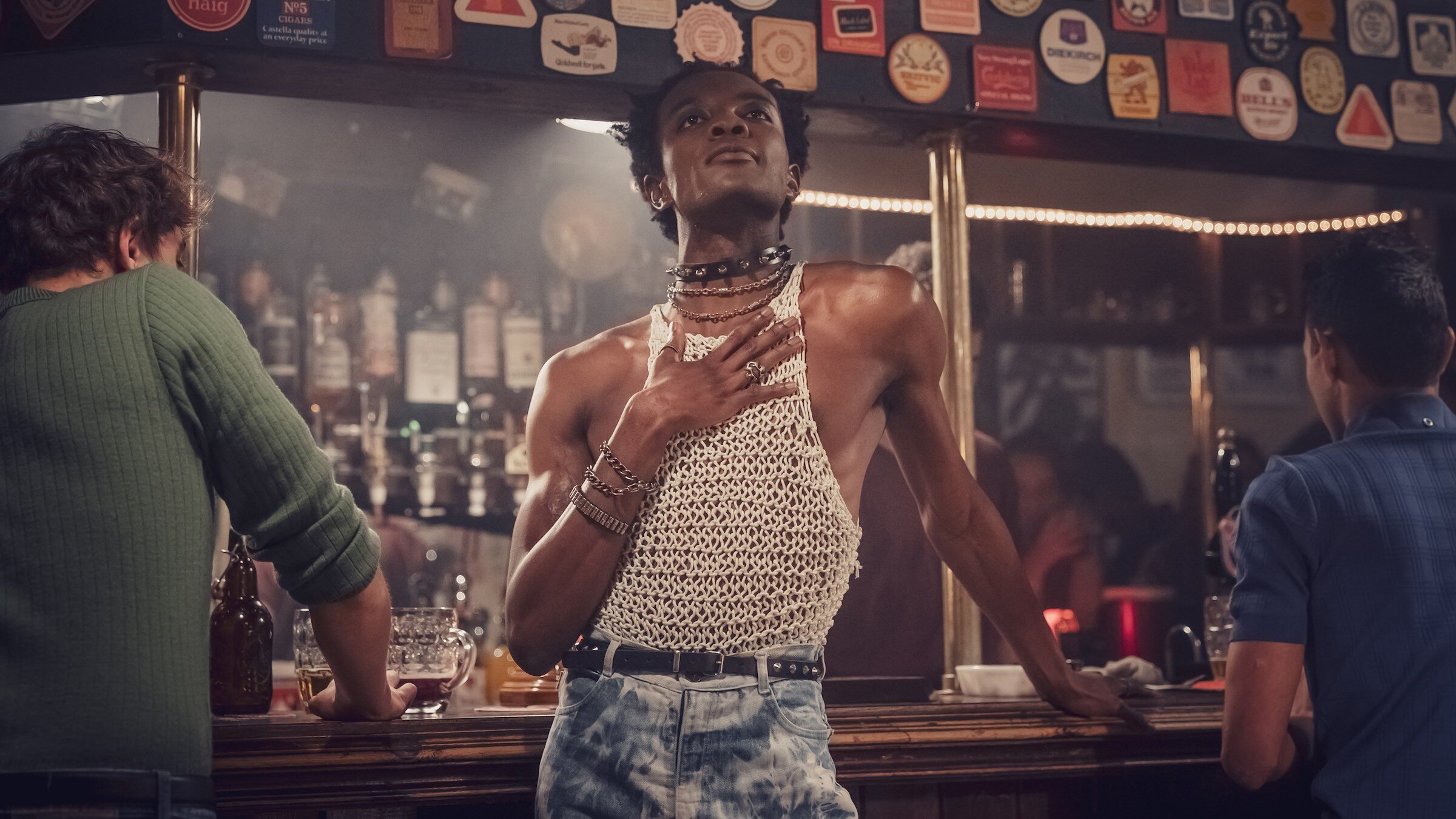 One of my favourite moments from this episode is near the start with Roscoe (Omari Douglas) and his two aunties. Roscoe is a construction worker who has to run away from his very religious Nigerian family as they are about to send him back to the motherland, where he will be punished for his sexuality. I love the moment when Roscoe comes downstairs wearing what he wants, which happens to be a skirt, a crop top and a headscarf. His family are outraged by what they are seeing him wear but his two aunts are loving it and laughing so hard, they seem to really accept it and weren’t surprised. This was a standout moment for me as it made me laugh and it was funny to see the juxtaposition between the strict praying parents in an uproar and the two aunts just so accepting and laughing at the situation.

Now Colin (Callum Scott Howells), I just want to wrap him up in cotton wool and bubble wrap so nothing bad happens to him. He is the innocent one of the group but it is pretty obvious he will gain some sort of confidence in the next few episodes. Colin comes from Wales but gets a job at a tailor’s shop in London; he finds a mentor in Henry Coltrane (Neil Patrick Harris) who is an openly gay colleague at the shop.

Unfortunately, Henry is taken ill near the end of the episode with a mysterious illness which is so sad to watch. The image of Henry curled up in a ball on his bed alone surrounded by empty beds has stayed with me as it breaks my heart. He is so alone and his partner Pablo has been taken back to Portugal and he no longer speaks to his family. Just this little moment screams so much what it was like in the 80s and being gay. People were a lot more homophobic and racism was a lot more prominent. 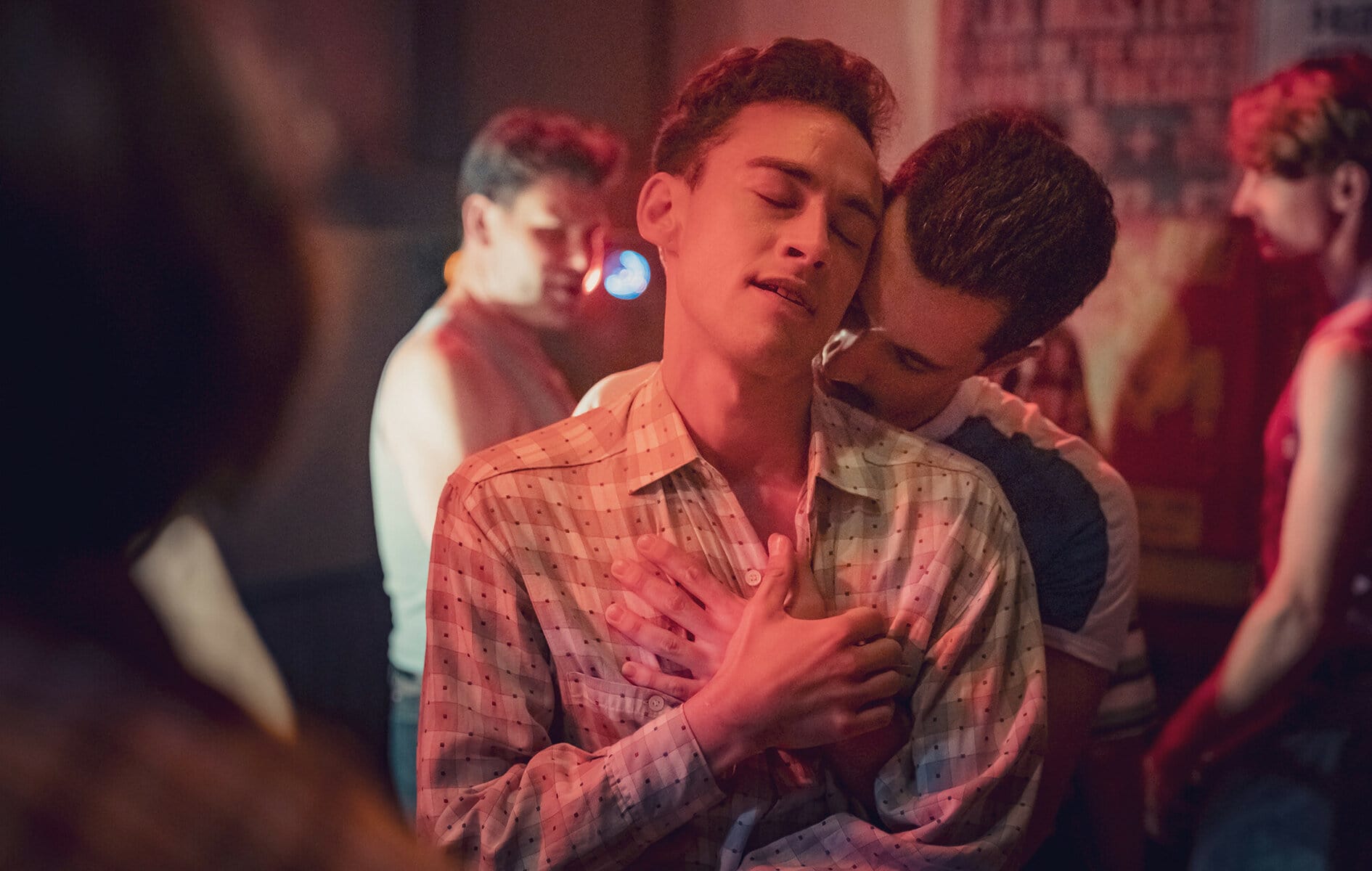 It’s a Sin is inspired by real-life experiences Russell T. Davies experienced himself and people in his life experienced during this time. I love Russell T. Davies writing as it so honest and pure, his characters are always so thought-out and relatable. The casting choices feel like perfect choices as the cast do an amazing job in this first episode, there is a vulnerability and a realness to these characters that the cast portray perfectly. I am already invested in these characters and I want to know what is going to happen to them next.

By the end of the first episode, all the characters have met and moved in together. Life at the moment is one big party but we know that there is a warning coming and a storm is on its way. It is quite suitable how the virus is introduced in this first episode and very clever. It is hinted that something is coming with two background characters having a conversation about it when really our attention should be on Ritchie, newspapers which suggest something is coming, and mention of a strange flu which only affects men. This is all so cleverly done and it draws us in and builds up anticipation of how this is going to be introduced to our newly formed gang.

This is the calm before the storm 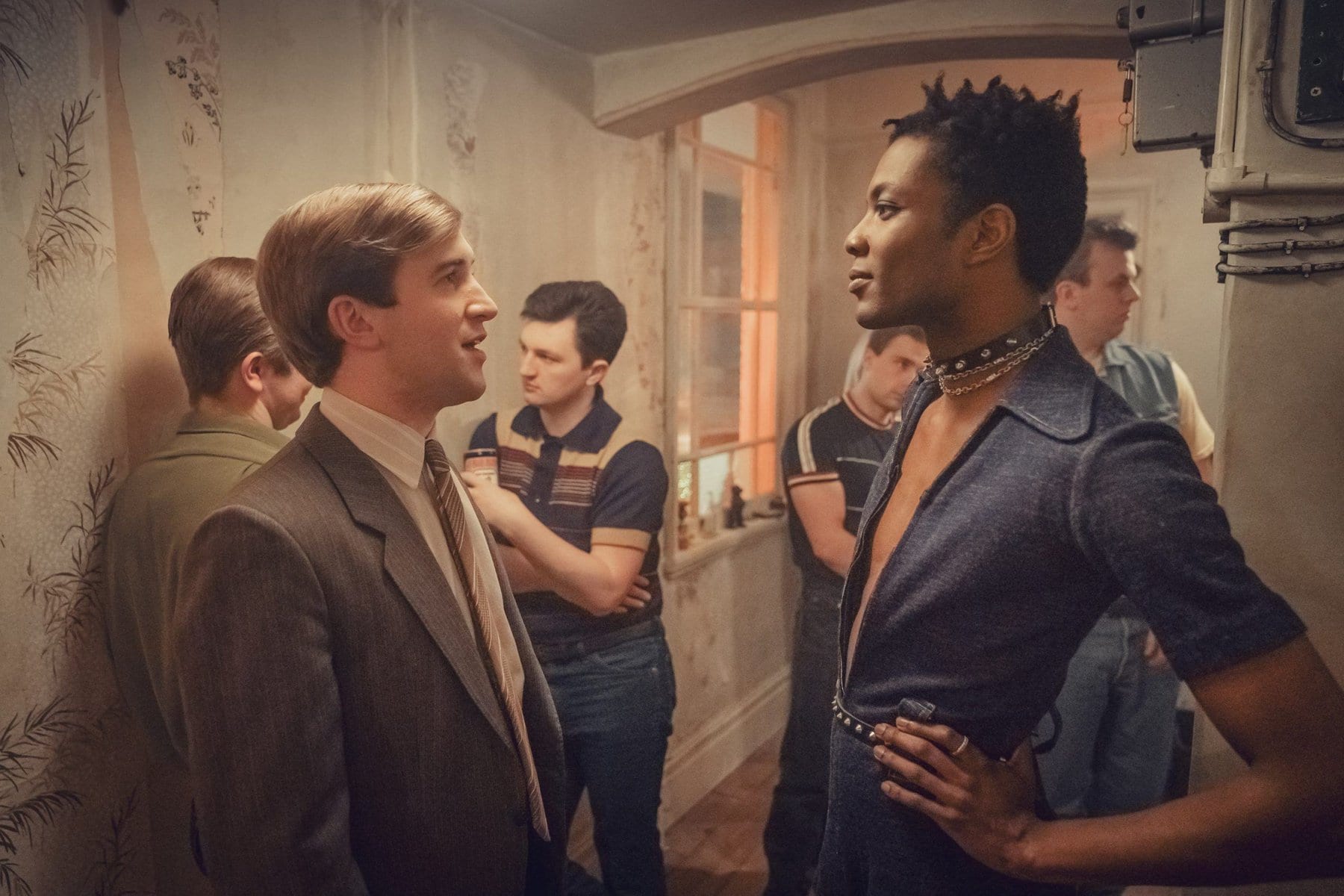 This first episode is defiantly the calm before the storm but it touches on things that still happen today: the fear of coming but also the pain anyone has been through from losing a loved one from Aids. I’m sure in the remaining episodes there will be some heart-breaking moments centred on this virus as Aids is made more aware of. We spent most of our time with Ritchie and Colin in this episode as we see how these two outsiders deal with their new life in very opposing ways.

A high standard performance-wise has been set with this first episode and I’m hopeful this standard will continue throughout the series. It will be interesting to see how the virus affects these characters and possibly how their families react. Although at the heart this show is about this group of friends not being afraid of who they are anymore and looking out for one another.

What do you make of this review of It’s A Sin? Did you watch It’s A Sin Episode 1? Let us know your thoughts in the comments below.