Now, this is a huge episode of Shadow And Bone where everything changes and everything is stepped up a gear! This is an exciting episode with a lot of drama and explosive revelations involving Kirigan (Ben Barnes), Baghra (Zoë Wanamaker) and Alina (Jessie Mei Li). While the Crows have made their way into the Little Palace and try to get their Sun Summoner.

WE WATCH EPISODE 5 THROUGH ALINA’S EYES

In this episode, Alina looks like a whole new person; she comes across as such as different character from the first episode. By letting go of Mal (Archie Renaux), Alina seems a lot stronger and a cheekier side has come out. Alina has finally found where she belongs and no longer doubts herself. In only five-episodes Alina has become quite powerful by encouragement from Kirigan.

We view this episode through Alina’s eyes therefore we buy into Kirigan’s act and go through the same emotions as Alina once the truth is revealed. We are lured into thinking that something is going to happen with Alina and Kirigan and its exciting, then our whole perception is completely changed and we are left astounded that we got pulled into his act. This episode is perfection with fabulous storytelling, our protagonist at the heart of the episode and we are drawn into the action and lies and deceit.

KIRIGAN CHARMED US ALL BUT BAGHRA REVEALS THE TRUTH!

We were led to believe that Alina had found her place but she ends up completely alone, unsure of what is her next step apart from escaping. She was falling in love for Kirigan only to discover she was being used. Kirigan charmed us all including Alina, so we feel quite heartbroken for her when everything comes out. Yet really can we be surprised that he had ulterior motives for Alina.

In a shocking turn, Baghra learns about Kirigan’s mission involving the stag and is extremely concerned to learn that he is about to receive the information of its location. I found this quite shocking because I didn’t expect her to have much involvement, which made it really exciting to see why she was so concerned.

Baghra wants Alina safe and gets her away from Kirigan so she doesn’t live the rest of her life as a slave; which makes me think: is what her life is like? After everything comes out and the true nature of Kirigan and who Baghra really is it wouldn’t surprise me if Baghra is a slave to her son and helps him because she doesn’t really have much of a choice as he could end her life if her choose to.

THE SHOCKING TRUE NATURE OF THE VOLCRA IS DISCOVERED

Baghra reveals plot twist after twist and I was stunned, I didn’t expect so many twists one after another in just one episode but I loved every second. It was great to see this darker and more manipulative side to Kirigan.

Kirigan hides behind the name Kirigan because he is centuries old and is actually the Black Heretic. He wants to use Alina to expand and weaponise the fold and use The Stag for ultimate power. What I found the most shocking is the true nature of the Volcra, they are innocent people who were turned into these hideous and vicious creatures when the fold was created. Alongside all of this Baghra is Kirigan’s mother. I do wonder how are Baghra and Kirigan still alive if they are that old, what is keeping them alive. This was defiantly a jaw-dropping moment, discovering Kirigan isn’t as trustworthy as we were hoping.

It’ll be interesting to see what Kirigan will do now. To what lengths will he go to get Alina and if he does manage to get her what will he do with her. How Alina reacts is how we the audience reacted to this bombshell, Alina’s surprise and heartbreak is ours too. I’m now so excited to watch the next episode to see how Alina starts to come to term with all of this new information and now that she is utterly alone and defenceless.

GENYA IS A TRUE FRIEND TO ALINA

A really nice friendship has blossomed between Alina and Genya (Daisy Head) which I‘m happy to see. These characters really work well together and feels really nice to watch. Genya is a very honest but trustworthy person; Genya even warns Alna about being around powerful men, hinting at spending too much time with Kirigan isn’t a good thing.

I really liked Genya in this episode, she is a trustworthy friend and a badass fighter who does her best to save Marie’s life when the conductor mistakes her for Alina. I really enjoy watching Daisy Head, Genya is a friend we would all love to have, someone who has our back and we can completely trust. Although Genya also has her own dilemma, more to do with the fact that she has feelings for David Kostyk, which is cute to watch because both characters are so sweet when in each other’s company. I hope this isn’t the last we see of this character as I’ve enjoyed watching Genya and her tailoring abilities.

THE CROWS PLAN DOESN’T EXACTLY TURN OUT HOW THEY EXPECTED 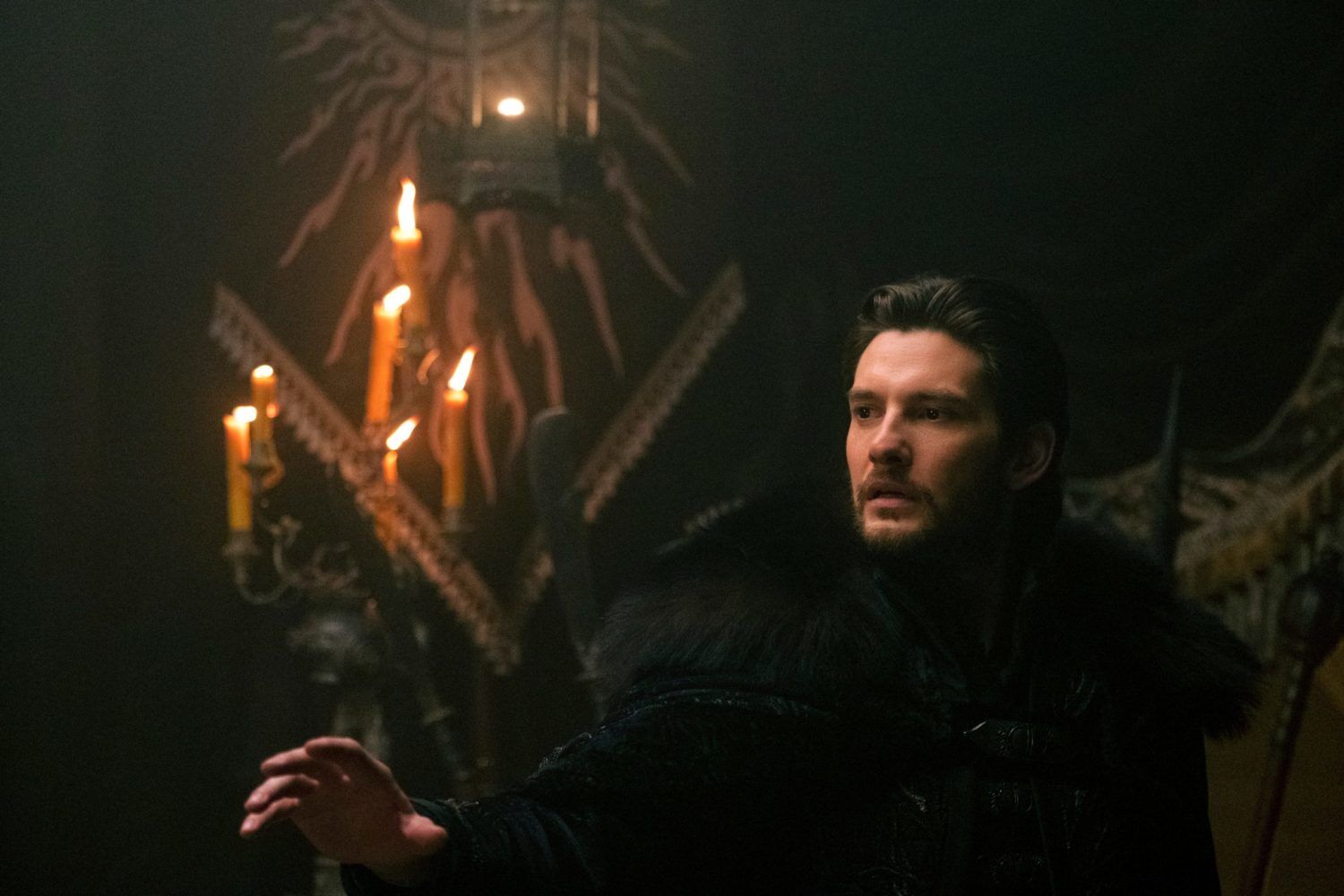 As mentioned in a previous review, there seems to be more to the Conductor/Arken (Howard Charles) than we perceive. Arken has his own motives, he is working for the General Zlatan, the person leading the revolution in West Ravka. The idea of Alina destroying the fold would ruin any idea of West Ravka seeking independence because once the fold is gone than Ravka can be whole again. It’s quite interesting seeing a ruthless side Arken we haven’t seen before.

The Crows are finally in the Little Palace and have their eyes on Alina. However, like every episode so far, the first plan never goes right, The Crows end up on plan F. Unfortunately, Arken is caught and the Crows must find a way to escape with their lives. It seems really odd that all the crows’ plans don’t work considering in the previous episode we watched them pull off an excellent heist. The Crows are such lucky characters even with their bad luck of not everything going to plan.

This episode does an incredible way in revealing the truth as we all fell for Kirigan’s act. We believed that Kirigan had feelings for Alina and feel betrayed when the truth is revealed just like Alina. The Crows fight for their lives and luckily still get what they want. This episode is my favourite of the season so far and that is due to being completely hooked in from start to finish. All the twists that are revealed were shocking and now everything has changed.