It’s time to talk about Netflix’s Shadow And Bone Season 1 Episode 4, so here’s our review.

Alina (Jessie Mei Li) and Kirigan (Ben Barnes) begin to get closer and share their sufferings with one another, while Mal (Archie Renaux) takes on a mission which will hopefully lead him to Alina. Elsewhere the Crows plan a heist to find a way into the Little Palace.

ALINA FINALLY ACCEPTS WHO SHE IS IN SHADOW AND BONE

This is a huge character development episode for Alina but it is also heartbreaking at the same time, which makes exciting viewing. Alina has finally found her place at the Little Palace and starting to accept who she really is, the Sun Summoner. She finally stops letting things hold her back. Alina has been unwilling to face the truth and holding out for someone who isn’t coming. Alina has been denying her Grisha side because it made her and Mal’s life easier.

Alina has support from Genya (Daisy Head) who helps her to look the part in the palace. She has also created a bond with Marie (Jasmine Blackborow) and Nadia (Gabrielle Brooks) therefore Alina finally has friends who are similar to herself. Alina now has this support network which she didn’t really have before, I’m looking forward to seeing how these friendships grow.

Baghra (Zoë Wanamaker) is a harsh teacher which was to be expected as she tries to bring out the power in Alina. Wanamaker is great as the brutally harsh teacher. It’s nice to see the power coming out of Alina, she is really starting to grow stronger and take control of the power she possesses.

WHERE ARE ALINA AND MALS LETTERS?

Both Mal and Alina have been through so much together and they have been the one main consistent thing in each other’s lives. Alina even cheated the Grisha test so she and Mal wouldn’t have to be separated. She gave up her Grisha life for him, but she is now reclaiming the life she was meant to have but what does that mean for Mal?

MALS MISSION TO GET CLOSER TO ALINA 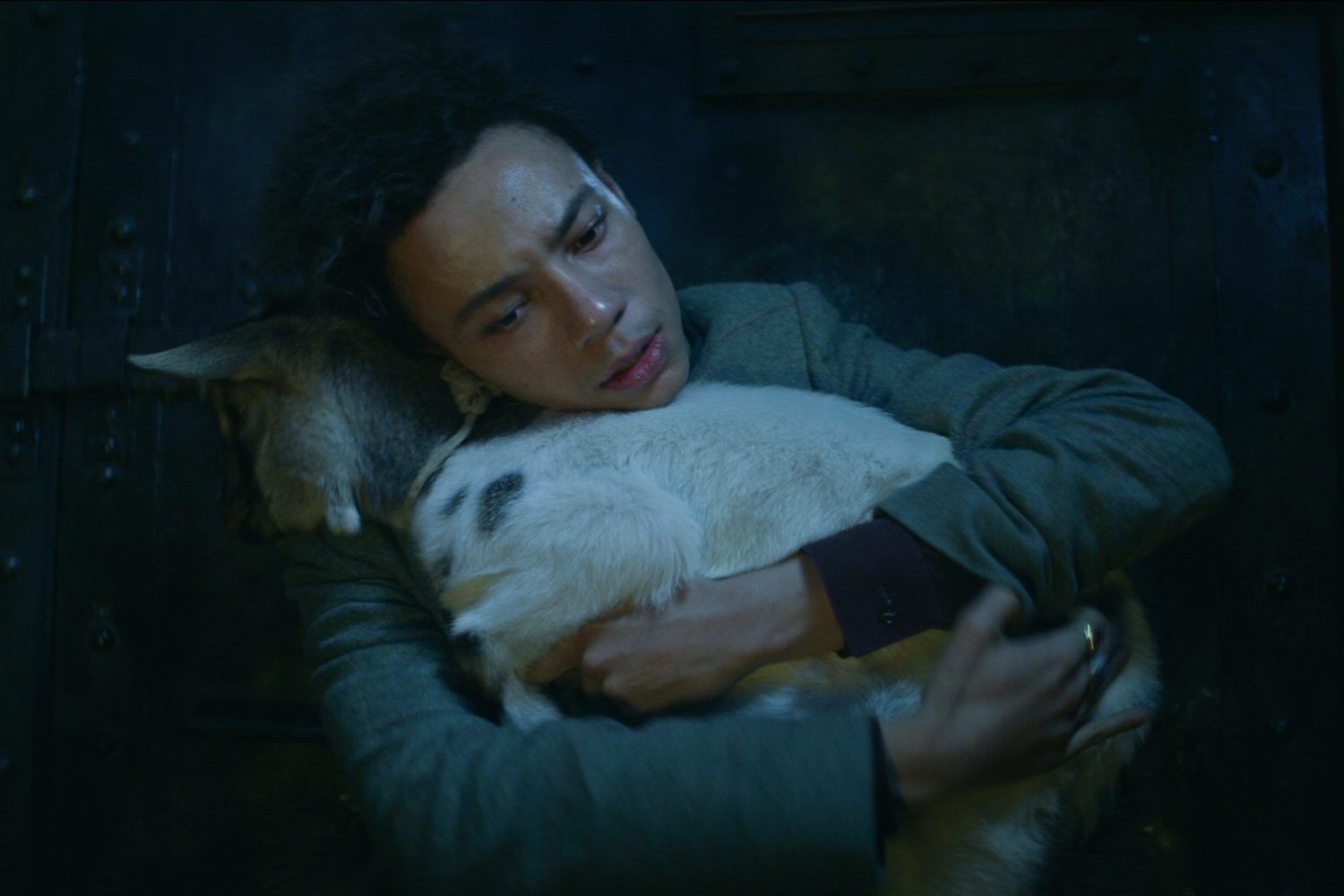 We have really felt the sorrow both Alina and Mal have been feeling after being torn apart from one another. Both Jessie Mei Li and Archie Renaux have made us really invest in their friendship and just like the characters, we want to see Alina and Mal reunited.

Mal will do anything to get back to Alina, as such Mal takes up Kirigan’s mission to find the Morozova’s Stag, otherwise known as the stag Alina has been dreaming about. Mal and his two friends Mikhael (Angus Castle-Doughty) and Dubrov (Andy Burse) go on this mission. The fight scene between these three friends and the Fjerdan soldiers is great, really well choreographed. The performance and emotion from Renaux at the end of this scene is amazing; we really feel his sorrow as he has just brought his friends to their deaths.

ALINA AND THE DARKLING’S RELATIONSHIP IS BEGINNING TO CHANGE

There is no one else I could think to play Kirigan than Ben Barnes and he does such a great job. Kirigan is such an intense character to watch. We watch Kirigan and Alina form a real bond in this episode and their relationship is developing. Both characters are the only summoners of their kind and extremely powerful Grisha, with huge responsibilities on their shoulders. Kirigan wants to make up for his ancestors’ past decisions.

We get an insight into the Darkling, thus discovering the Black Heretic created the fold who is also Kirigan’s ancestor. The Black Heretic wanted to replicate the science of Morozova’s creations but the kingdom turned his back on him and Grisha. By trying to replicate that science he ended up creating The Fold which killed him and many others. As a result, Kirigan has carried the stigma of his ancestor’s actions all his life. Therefore, Alina is important to him for breaking that stigma. While Alina is trying to take this pressure off Kirigan and defeating the fold for everyone.

The theme of light and dark always works well and it’s interesting to see how these two characters complement one another. However, they could also work against each other too. I’m looking forward to seeing the darker side of Kirigan; at the moment he has been a very positive force in Alina’s life. Although for those who have read the books, there is reason why Kirigan is known as The Darkling. We can expect a much more manipulative and evil side to this character.

THE CROWS PULL OFF AN IMPRESSIVE HEIST WHILE IS THERE MORE TO THE CONDUCTOR THAN WE PERCEIVE? 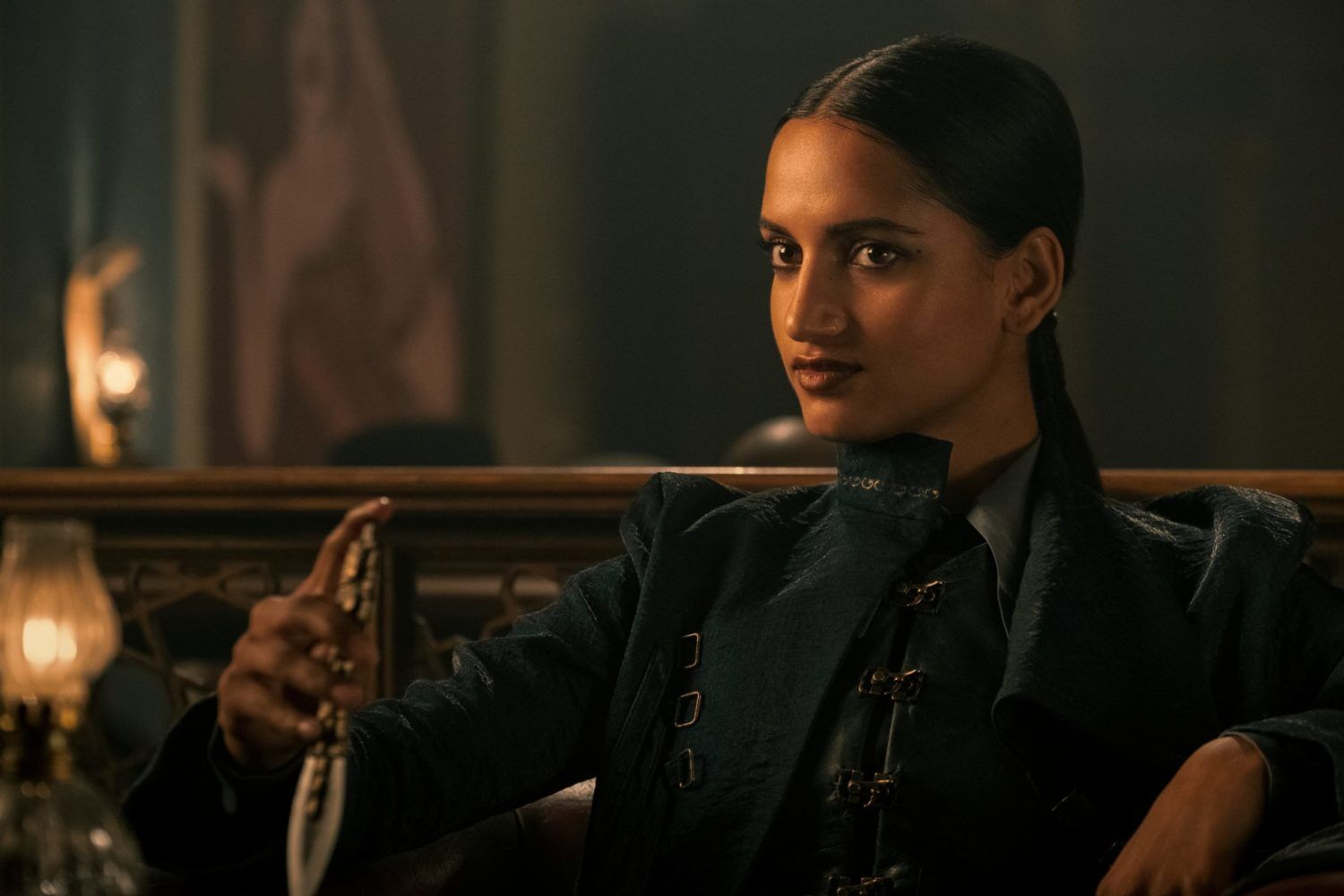 Whilst Alina and Kirigan are growing closer and Mal is on his own mission to find a way closer to Alina, the Crows have successfully crossed the fold. However, now they face another problem, which is how to find a way inside the Little Palace. As a result, we get to watch this team pull a fabulous heist. The heist was carefully planned out and excellently executed. I really enjoyed watching Kaz (Freddy Carter), Inej (Amita Suman) and Jesper (Kit Young) in this episode, they really showed off their impressive skills by pulling off such a precise heist.

Is there more to the Conductor (Howard Charles) than we originally thought? This man has many connections all over the world and can make them really easily. He appears quite simple but I feel like there is a much darker and tricker side that he hides very well. For example, in this episode, he stages an accident thus causing the circus needing performers at the last minute and the Crows happen to be able to help. The Conductor is a very impressive character to watch and I wonder what this character is hiding.

NINA AND MATTHIAS ARE THE PERFECT ENEMIES TO LOVERS’ TROPE

Kaz, Inej and Jesper make up only three of the six crows but we have met two other yet future members. We get to see Nina (Danielle Galligan) the Heartrender who was kidnapped in the previous episode and Matthias (Calahan Skogman) a Fjerdan Druskelle soldier again in this episode. Galligan and Skogman have great chemistry and show all the qualities of enemies to loves trope. It is exciting to see the relationship grow between Nina and Matthias as there is definite chemistry between these characters.

While this relationship is beginning, Matthias may also be starting to question the morality and law of Fjerda and the treatment of the Grisha. As a result, his loyalties maybe beginning to change, therefore it’s going to be exciting to see how Nina and Matthias are going to work together and survive the ship together, as at the moment they are defiantly enemies.

In this fourth episode, we are watching three separate stories slowly starting to come together in a very natural way. The Crows are one step closer to the Palace. We end with Mal left completely alone and hoping to find a way back to Alina. While Alina erases Mal from her mind and heart but Mal feels that he is closer to her than ever. It feels like we are really getting somewhere with this story which I’m excited to see where it will lead us.

Are you loving Shadow And Bone on Netflix?