We finally know who Sasha Banks is playing in The Mandalorian after Season 2 Episode 3 dropped on Disney Plus today. There were rumours that Banks was going to be playing Sabine Wren, however, it was revealed that she’s actually playing another Mandalorian.

Before you carry on reading this article, let me warn you that there are SPOILERS coming out for The Mandalorian Season 2 Episode 3. OK, so you’ve been warned and I will now go on to reveal who Sasha Banks in playing in the Star Wars live-action TV show.

It’s been revealed that she’s playing a Mandalorian called Koska Reeves, who’s one of Bo-Katan Kryze’s followers. As I mentioned about, before this episode aired, people were theorising over whether she could be playing Sabine Wren in the show. 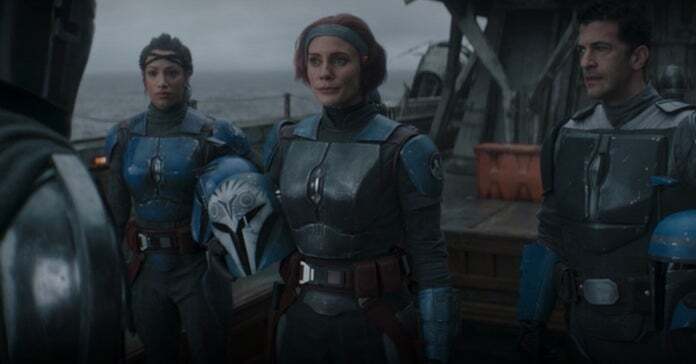 Read more: Who Is Sasha Banks Playing In The Mandalorian Season 2?

Sasha doesn’t get too much in the way of lines in this episode, but what she does get to do is kick Stormtroopers’ butts. The WEE superstar was definitely perfect for the part of a Mandalorian as they worked together to take control of one of the Empire’s ships.

I also loved the fact that we got to know more about the Mandalorians in this episode and learn that Mando is a Child of the Watch. The Watch is a “cult of religious zealots” who want “to reestablish the ancient way”. This is why Mando never wants to take off his helmet as it’s a part of their cult.

I’m really looking forward to seeing more from Sasha Banks in this season of The Mandalorian. However, we might end up seeing her more in the upcoming Bo-Katan spinoff series, which is rumoured to be in the works.

What do you make of this news? Have you been watching The Mandalorian Season 2? If so, what have you thought of it so far? Let us know your thoughts in the comments below.