Casino players the world over have enjoyed the thrill and excitement of games like poker, roulette and blackjack for generations. The drama and tension of the games is a key ingredient in the experience alongside the tactical warfare between players.

And those hallmarks of casino gaming have unsurprisingly made their way into the wider world of entertainment. But what is their role in story-telling on the big screen and small screen?

Casino gaming is just one of the aspects of modern leisure that is portrayed in wider entertainment, with writers and producers often seeking to add a realistic edge to their story-telling through the use of pop culture. It isn’t uncommon to see major sports teams and recording artists appear in films and TV series. And, while many titles invent their own fictional universes, others choose to represent real culture to help make the action more relatable.

Perhaps a more common example is the use of music. Some films feature their own curated soundtracks, but several of Hollywood’s biggest titles feature popular artists from the era. This also adds an extra nostalgic charm to classic movie titles that feature popular songs from the time of their cinematic release.

Which casino themes are used?

The casino aesthetic is actually pretty broad, and it can be utilized in several ways to convey a variety of emotions and moods. This can range from calm sophistication to high drama and edge-of-your-seat tension.

That range of moods is conveyed in the industry itself, and in particular online. Modern game designs come in a range of styles, from sophisticated to suspenseful, fun to exotic. For example, this online poker website hosts games that are presented as being accessible and fun, with guides and tips on strategy, above being overly glamorous. 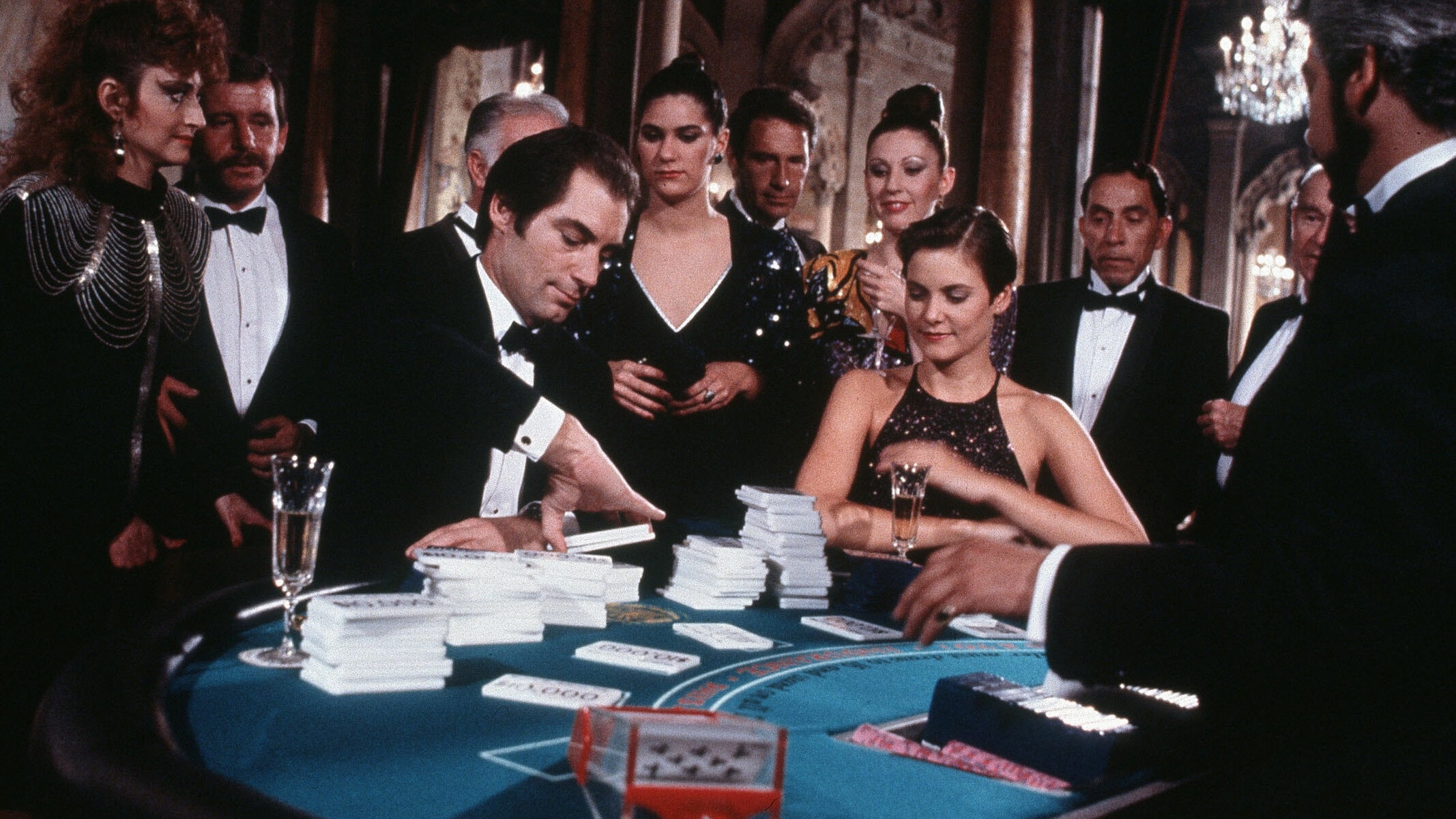 Read more: Exploring The Best And Most Popular Roulette Strategies

In the James Bond series of films, the backdrop of the casino is typically utilized to help enhance the titular character’s reputation as a smooth and sophisticated operator who keeps a high class of company.

However, casino scenes are used in other pictures to convey tension and excitement, with the turn of a card symbolic of a suspenseful plot point in a story. Indeed, games like blackjack, in particular, provide a vivid metaphor for life, so it’s no surprise to see it used by directors and writers.

In a game of blackjack, the player is required to ‘stick or twist’ at various points in a hand. These decisions are symbolic of the forks in the road we often face in life, with the choice often being between staying with what’s safe or taking a risk.

Read more: The Best Films With The Best Blackjack Scenes

A game of chance, roulette offers players the chance to win big from a small stake and this is another aesthetic that lends itself to the art of TV and film story-telling. Particularly in film, we often follow the fortunes of a leading character whose life is transformed through a stroke of luck, and roulette can be a great visual tool for establishing the premise.

The gradual spin of the ball and its slow, suspenseful descent towards landing on a particular number can also be used to convey tension. As in life, the outcome of a roulette hand is often revealed slowly, and the key protagonist is powerless to alter its course.