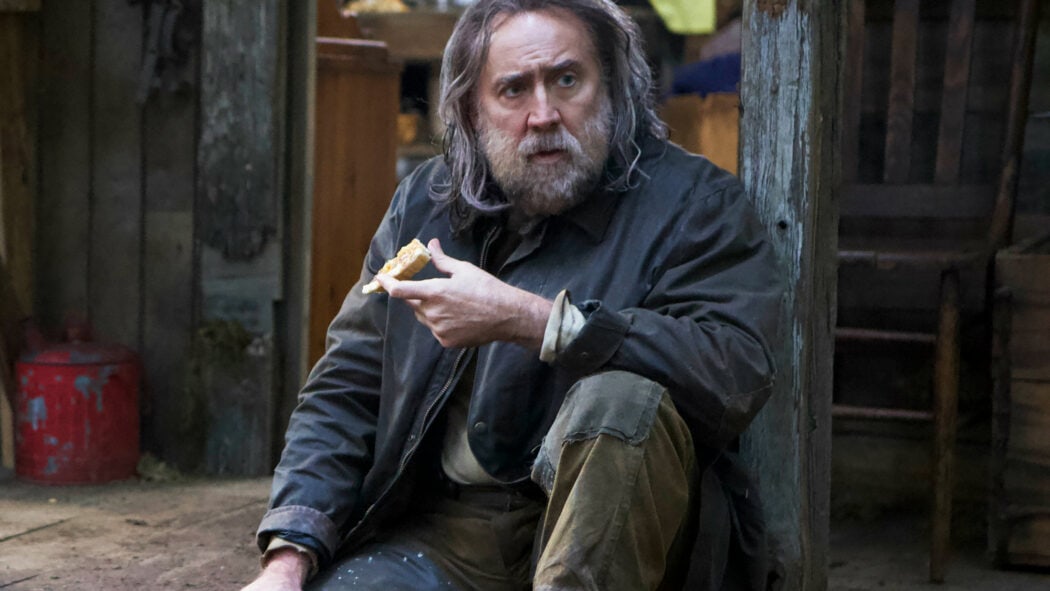 Nicholas Cage is acting royalty, his family includes his uncle, infamous director Francis Ford Coppola and Talia Shire as well as being the cousin of acclaimed director Sofia Coppola.

To prevent any talk of nepotism he changed his name to Cage when he began his acting career and what a ride it has been so far.

My favourite Nicholas Cage performances are from the ’90s, Face Off, Con Air, The Rock, and his Academy Award-winning performance in Leaving Las Vegas.

There is always something unpredictable even now in his performances, and that’s what the world loves about Nicholas Cage, he is unnervingly convincing in any role he’s given.

Especially those that are unhinged.

He’s grown a cult following in the past decade, moving away from typical Hollywood films to the independent scene which has said he enjoys because it “allows him the freedom to experiment”.

With Pig, from director Michael Sarnoski, is a film knew nothing about before viewing. 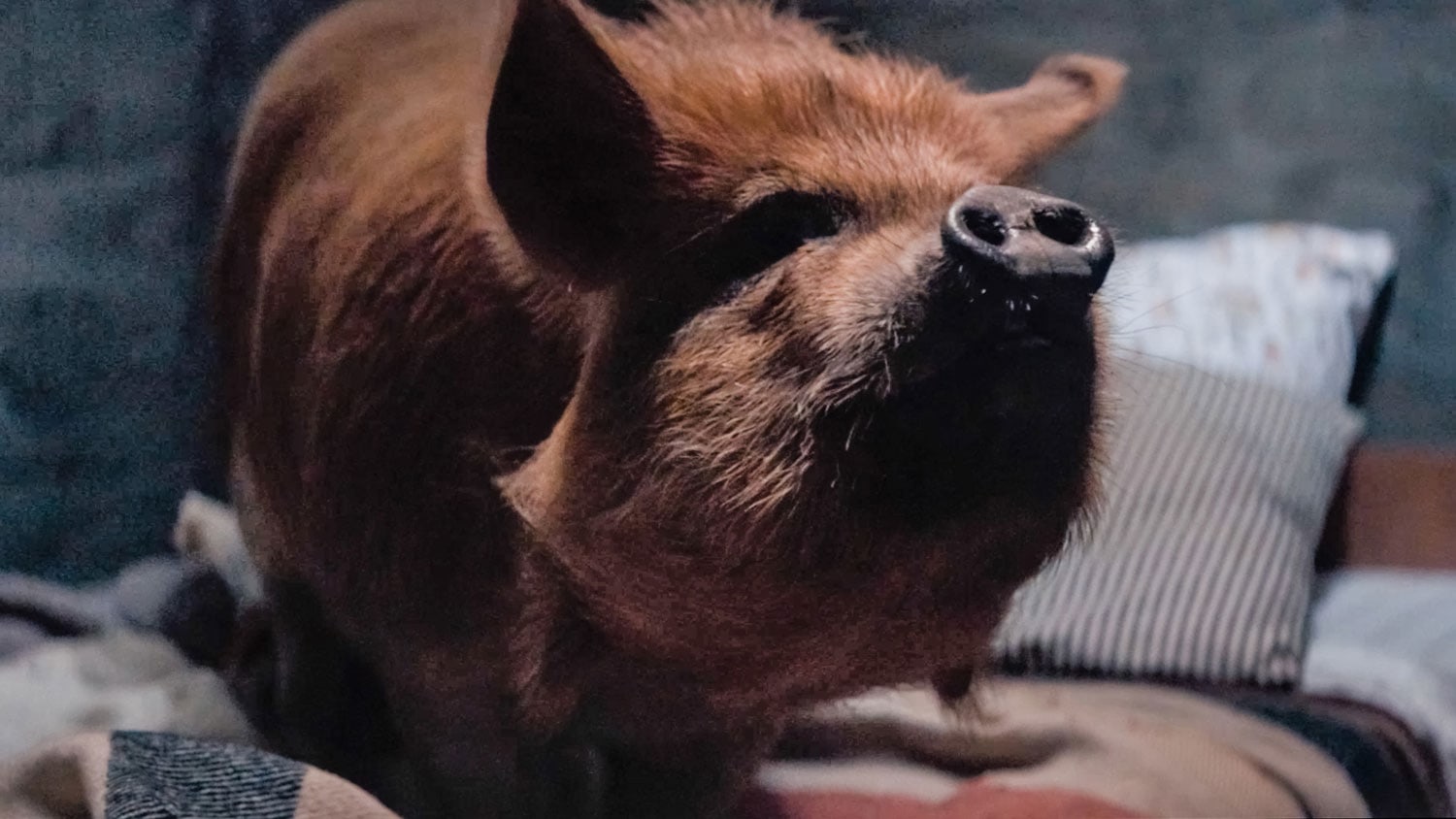 Read more: These Are The MCU Movies You Shouldn’t Skip In Your Next Rewatch

And I actually recommend you do the same.

Skip the trailer and just enjoy watching something unprepared.

I’m a huge fan of a teaser trailer or choosing to watch a film based on the cast or poster alone.

There’s too much of a precedent these days with big studios of releasing a trailer that basically gives away the whole film.

However, for those of you wanting some spoilers…. Read on at your peril

He lives deep in the Portland woods and one evening he’s assaulted.

And his pig is stolen.

And he wakes up and goes to get it back.

Now just like you, I saw the opening 5 minutes and thought, this is only going to be John Wick with a pig. And actually, I’m all for that. But thankfully in hindsight, it wasn’t anything like that.

Enlisting the help of Amir (Alex Wolff), the supplier he sells truffles to who provides these to high-end restaurants, to get this pig back and this is the journey we see.

The first act (the film is split into three) sees us venture from the forest to Portland, where Amir resides alongside his father Darius played by Adam Arkin who is someone you don’t want to mess with…

We see here how corrupt the scene that lies within Portland has become, and the film bears witness to a culinary ‘Fight Club’.

Further forward we see more shades of a bizarre underworld that exists between restaurants and cuisine makers, and a poignant reality above as Cage also returns to the characters and world he left behind years before.

Note, the film doesn’t really focus upon violence, more on loss, life decisions, past lives and a man who is broken.

The second & third act sees us pit Amir & Robin together in smaller confines such as a car, and the two almost make up a surprisingly charismatic duo and Alex Wolff holds his own against both the powerful character and actor that is Nicholas Cage.

We see Amir really chasing ‘the American dream’ trying to make it rich and feels like the country and the world before he owes him that.

But the character is also chasing his own self-worth, as we see through his music tastes and education via the car radio, he lacks what he truly desires.

The film ends as Rob continues to probe and remind each person he meets (whilst looking for his Pig), and remind them who they are, pulling back the curtain of the fake appearance they try to set up in front of them.

And that’s what we all do, isn’t it? Even before social media.

Act as if we are people we aren’t, act as if we have things we don’t, and very rarely ever have the courage.

To be true to ourselves.

Cage’s Presence Is Mesmerizing in Pig 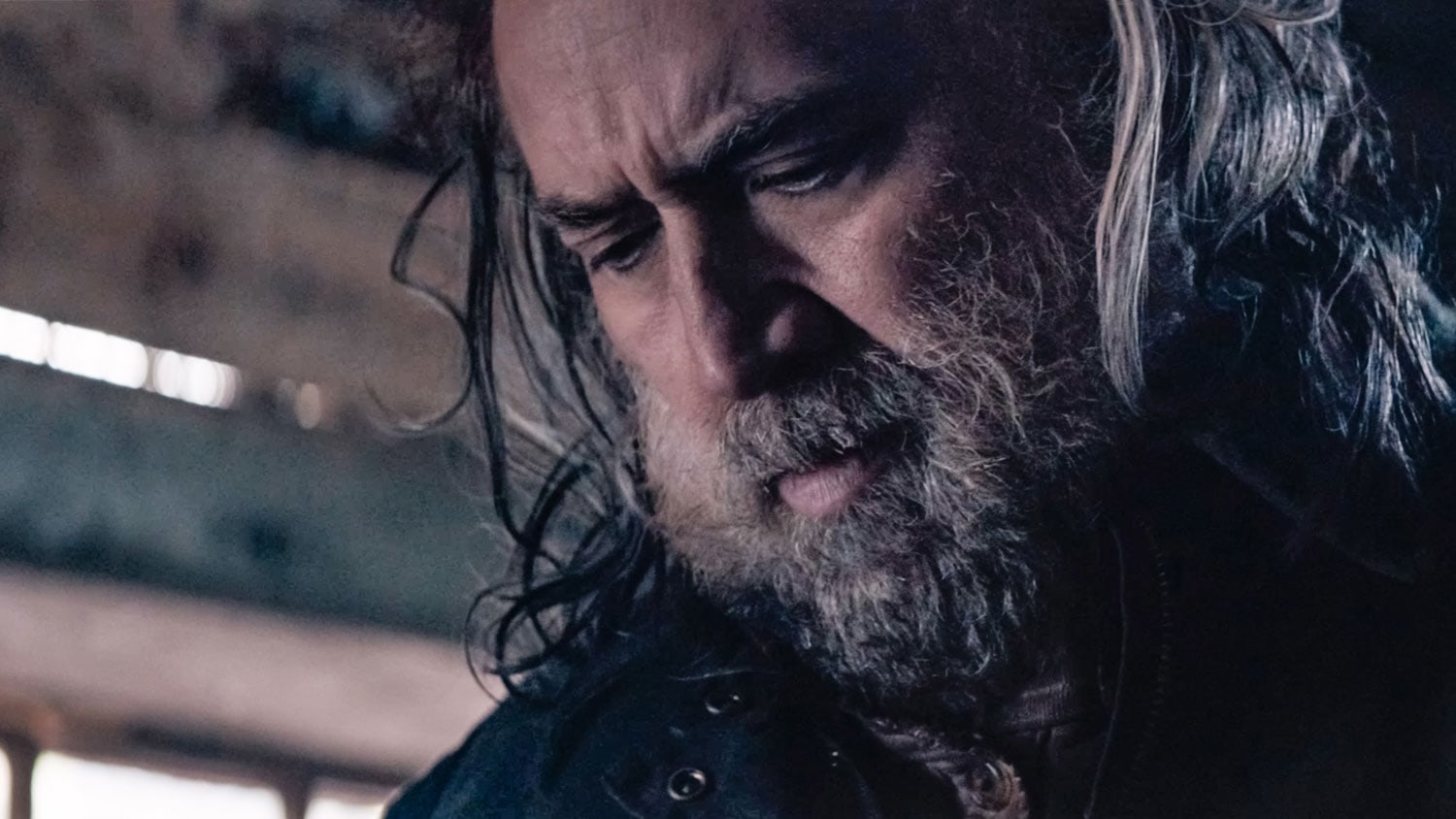 There are glimpses of just the amazing tension that the director can command purely on Cage’s presence alone.

Early in the film Cage as we mentioned, interrupts an underground fighting club, only for everybody to just stop and watch in awe as he enters.

And you feel just like the characters on screen, who is this guy and what is he about to do?

And to Wolff’s credit there are many scenes similar with just his characters reaction to the grandeur of Robin, it’s as if he is constantly reacting just like the audience.

The picture is beautifully directed, with many closeups that just create an amazing intimate ambience, Sarnoski somehow manages to craft a film you can’t predict.

Through many twists and turns, ambiguity and very few words in many scenes you are taken on a journey full of surprises along with internal reflection along the way.

Upon finishing Pig I’m not sure what I felt, but I did know that Nicholas Cage had delivered another fantastic performance that mesmerized me throughout and he’s perhaps one of if not, the greatest actor of his generation.

Pig can be seen at the Edinburgh Film Festival 2021 where they’ll be hosting the European premiere of ‘Pig’ on Wednesday 18th August as part of the opening night.

Pig is in cinemas in the UK now.