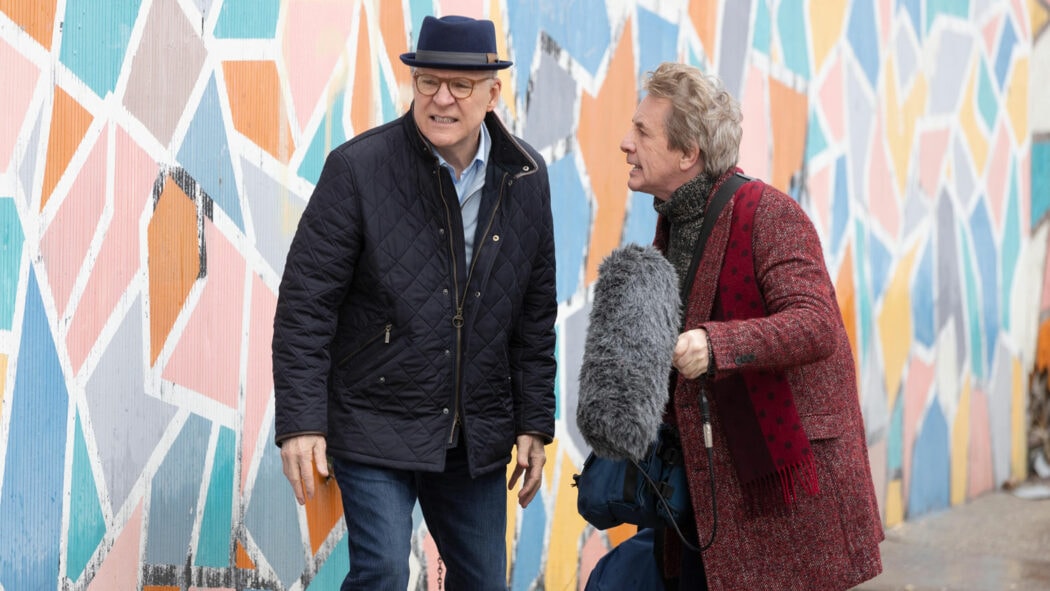 Only Murders in the Building Season 1 Episode 5 Review

We are now halfway through this season and the plot of Only Murders In The Building is thickening.

This episode puts the spotlight on the idea that Mabel could be the murderer.

This is only due to the fact that Charles and Oliver have learnt that Mabel hasn’t been completely honest with them.

We all know deep down that Mabel couldn’t be the killer, but it was interesting that the creators and writers wanted to play with this idea for an episode.

For weeks we have been wondering who is the tie-dye guy and could they be the murderer or be involved in some way.

In this episode of Only Murders In The Building, we finally learn who is behind the hood but the reveal wasn’t too surprising.

There were a few people on the list that this character could be but it wasn’t shocking when it was revealed that Oscar (Aaron Dominguez) is the tie-dye guy.

I was wondering how much longer were we going to wait until Oscar made his appearance.

I wasn’t sure what to expect with this character and I didn’t know whether he should be a suspect.

It would be easy to think that Oscar is the killer and I think that is what the writers have been trying to make us think that.

Oscar was sent to prison because of Tim, for a crime he didn’t even commit.

Thus, he has every reason to hate Tim and wants him dead and yet Oscar seems like a very calm and chill guy…. probably from all the yoga he does!

Watching Selena Gomez and Aaron Dominguez in scenes together was nice, it did feel like these two are really good friends.

There is a hint of flirting between the pair, but I’m not sure if anything will happen there.

We got to see Mabel (Selena Gomez) in a different light, she wasn’t as hard and closed off.

There was a sweetness in Gomez’s performance.

I do wonder how much involvement Oscar will have in Tim’s investigation, but I think he needs to be careful otherwise he could get into trouble due to his past. 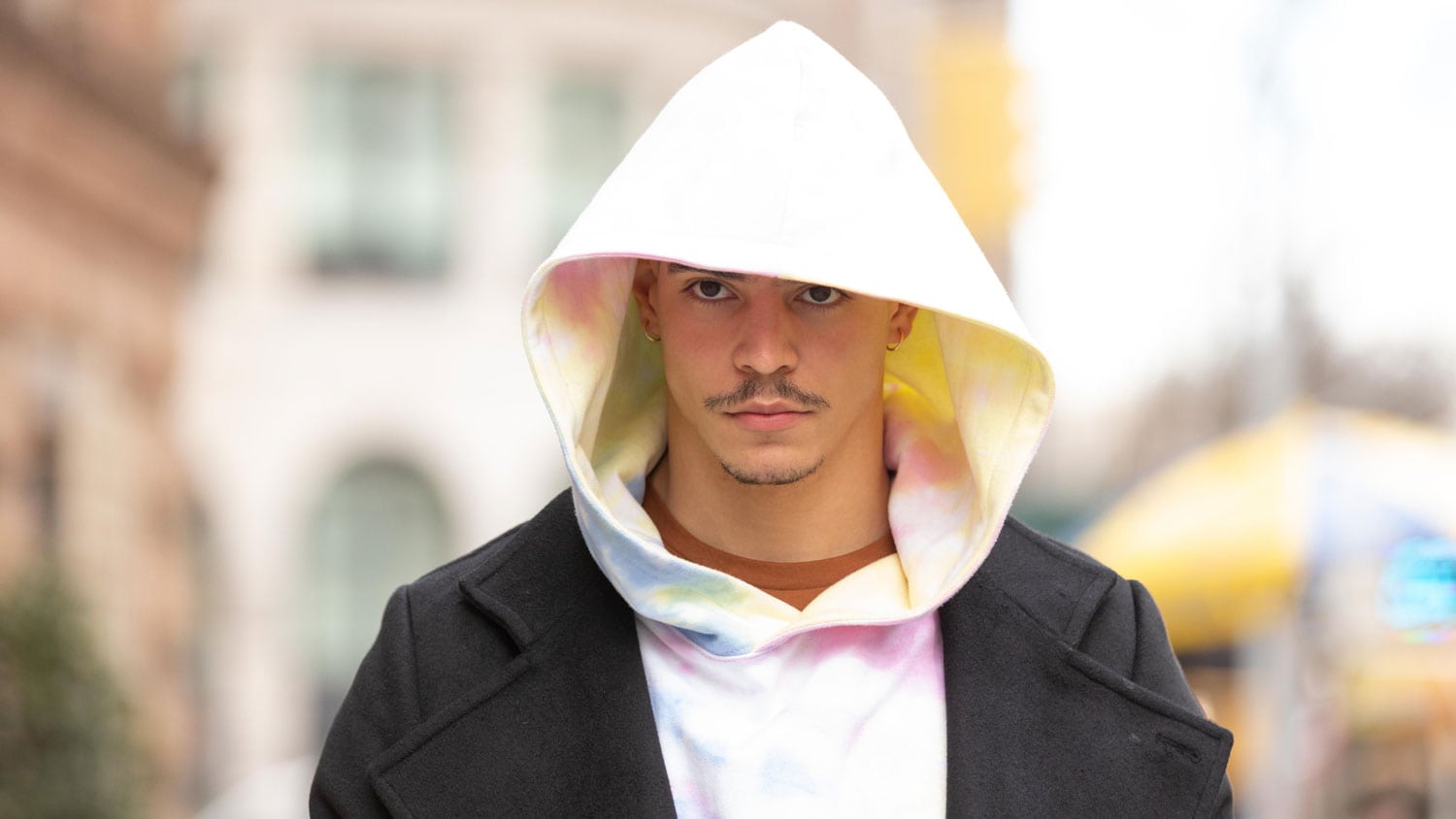 Both characters are hurting that they have discovered that Mabel has been lying to them.

Oliver is hurt, but just wants to use it all for the podcast, while Charles appears the most hurt by the revelation.

I think Oliver clears it up quite well that, Charles is a very closed off person and Mabel helped him open up and now he has discovered she lied he is questioning everything.

I felt bad for Charles because you could see that this betrayal really hurt him and he thought he had some form of friendship forming between himself and Mabel.

I liked Charles and Olivers different responses and it felt realistic considering their characters.

Charles believed that Mabel was in danger, while Oliver thought she was planning her next move.

WHAT WAS TIM DOING WITH ALL THAT JEWELLERY IN HIS APARTMENT?

I think it was good that Mabel came clean but I do wonder if the boys can trust Mabel because she lied at the very beginning.

The last scene in the tattoo parlour was the most interesting because it makes you wonder what Tim was really doing.

The tattooist, who also happens to be Mabel’s cousin who gave The Hardy Boys all the same tattoo, appears and tells them Tim thought he was going to die.

It is revealed at the last minute that Tim was trying to take down a black-market jewellery dealer.

This feels like a strange addition to the plot, so I’m curious how it will fit in.

Although this does explain all the jewellery Mabel found in his apartment.

Now with this evidence, it brings into question why was he going this and who was the dealer.

It’s strange that another new character could be introduced who could possibly be the killer who lives in the Arconia and we haven’t met them yet. 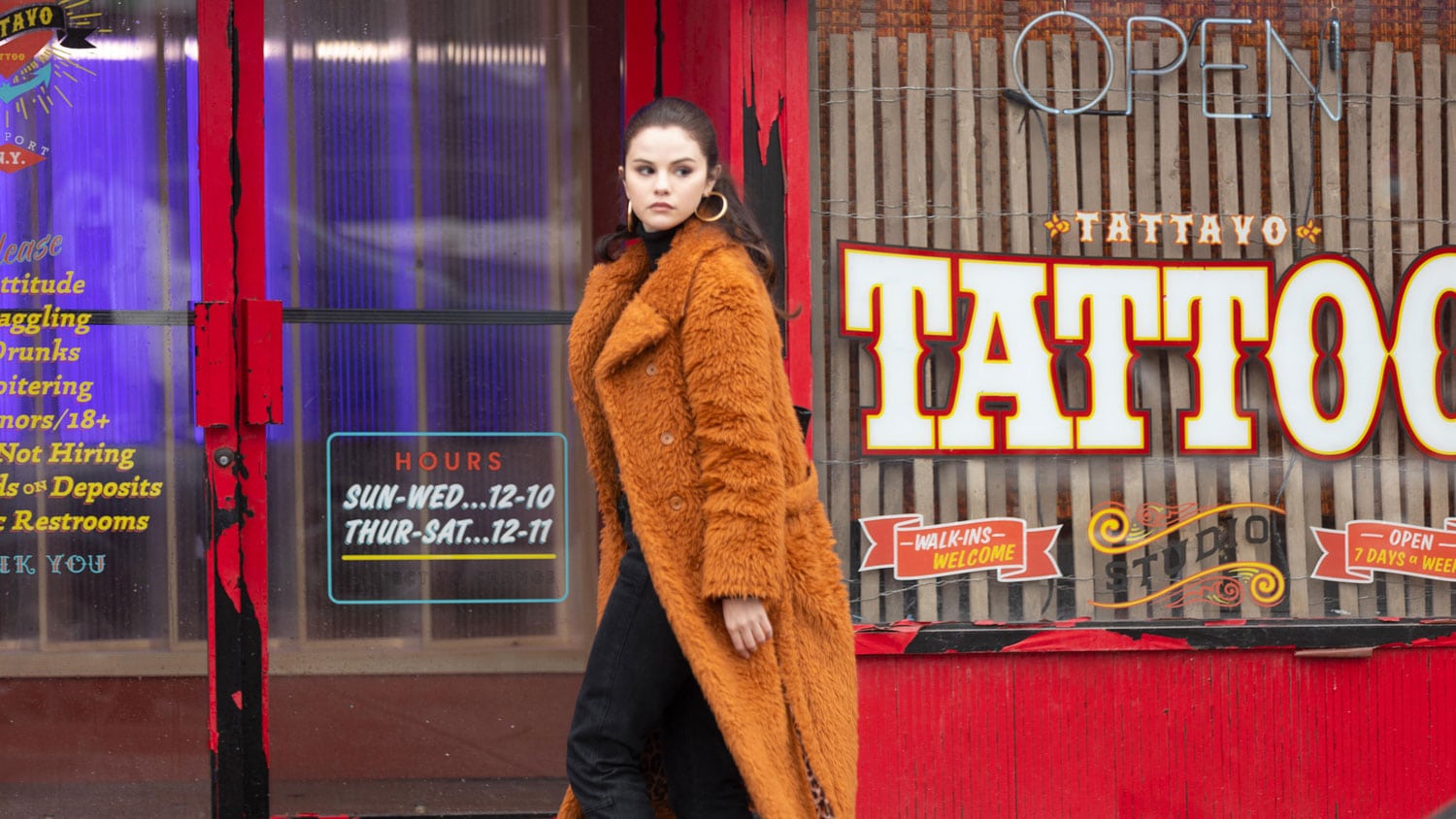 It feels as this plot is getting deeper and more complicated, this makes it an interesting watch and I feel like only in the last few moments in the final episode will we uncover who killed Tim.

However, you need to watch every episode leading up to the final one to really understand what is going on.

This episode really moved the plot along and let us finally meet Oscar.

However, this was a very underwhelming episode, there are little moments that made me chuckle, like Charles and Oliver panicking about Mabel and deciding how to follow her at the beginning of the episode.

Or when Charles and Oliver hitch a ride and their driver also has a podcast that is way more successful than theirs and Oliver is super jealous.

However overall, this episode is just a bit flat, it feels as if it wasn’t thought through enough.

I enjoyed it but not as much as the previous episodes and left feeling a bit let down.

I have such a high expectation for this show and this episode just didn’t meet it.

We are now halfway through so hopefully the next few episodes can pick up the quality and humour it had.

The plot is interesting but we definitely need some more comedy.

This show has been promoted as a comedy so we need some more laughs, otherwise, the creators should have just stuck with the mystery and made the show a bit darker.

I like the addition to Dominguez and hopefully, we get to see more of him as he brings a different energy.

Both Martin and Short are great in scenes together but something just wasn’t right about this episode.