Norman Reedus Wants To Be The MCU’s Ghost Rider 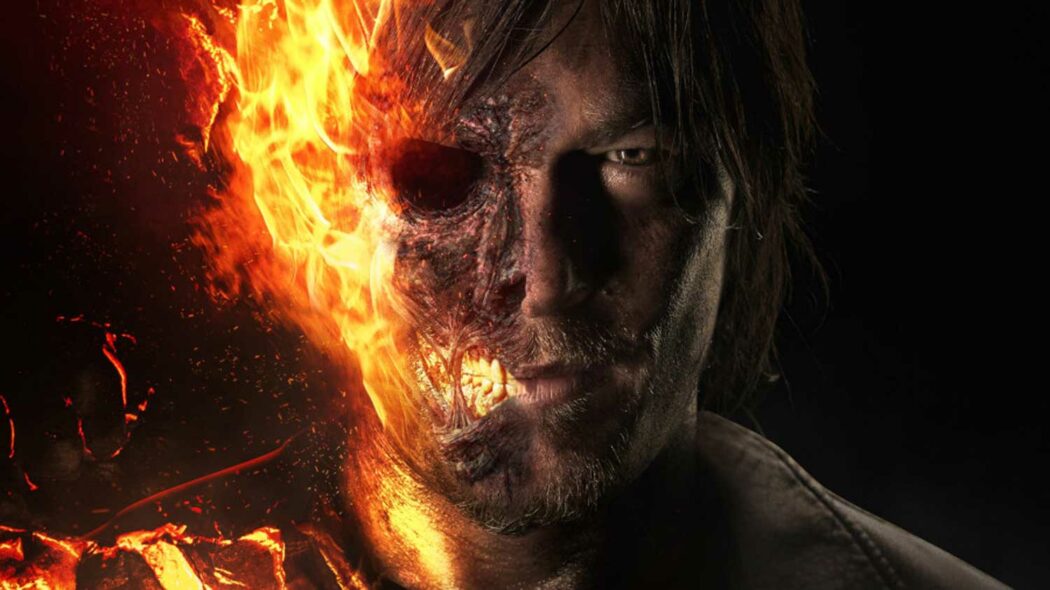 Norman Reedus has revealed that he wants to play Ghost Rider in the Marvel Cinematic Universe (MCU) which would be a great choice. He’s been revealing this in a pretty fun way by liking and sharing posts in which people are saying he should play the Marvel Comics character.

Don't tell me Norman Reedus is not good as Ghost Rider, Johnathan Blaze, when he literally did this in #TheWalkingDead #NormanReedus pic.twitter.com/JY5K3EFEy6

It’s been reported by our good friends over at Geekosity that Norman Reedus has been in talks with Marvel Studios to play the role in the MCU. This got many people – myself included – very excited.

Ghost Rider has been played by the likes of Nicolas Cage (in two Ghost Rider movies) and Gabriel Luna. Luna played the character in the Marvel series, Agents Of SHIELD.

Should Norman Reedus play Ghost Rider in the MCU? We think so!

So, will Reedus play the role? That’s still uncertain at the moment. However, it does seem as though The Walking Dead actor is very interested in the role. He’s literally made to play Ghost Rider.

Not only does he look the part, but he’s also a massive fan of motorbikes, and is apparently a very good motorcyclist, which would be important if you’re looking to bring the character to the MCU.

That said, I’m sure that Marvel Studios has lots of actors in mind for the role. However, I would be surprised if there’s anyone better for the role than Norman Reedus.

What do you make of this news? Would you like to see Norman Reedus play Ghost Rider in the MCU? Let us know your thoughts in the comments below.