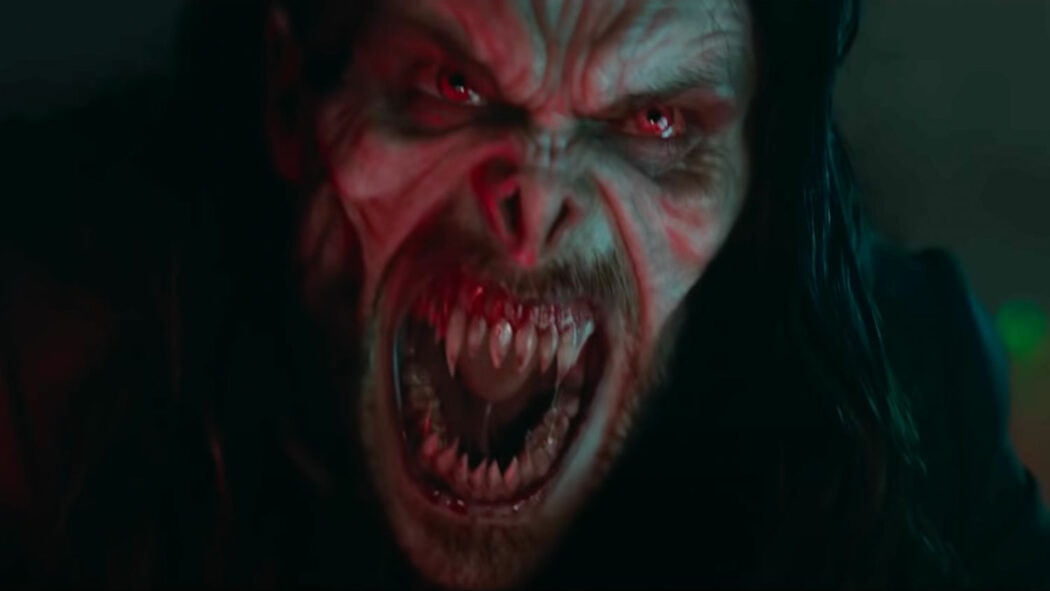 The new trailer for the upcoming Sony Pictures movie, Morbius – starring Jared Leto – has been released and it teases a wider connection to the SpiderVerse.

You can check out the Morbius trailer for yourselves below:

This trailer shows a lot of new footage and gives us a little better taste of what type of movie this will be.

He’s suffering from a rare genetic disease and is trying to find a cure.

This search brings him to a creepy-looking cave full of bats.

He cuts himself and tells everyone else to run.

Bats then engulf him and this is when strange stuff starts happening to Michael Morbius.

Morbius’ second trailer has finally been released by Sony Pictures and Jared Leto is crazy in it!

Morbius’ story is a pretty well-known one and in the comics, he’s sort of a doomed anti-hero.

He started off as a Spider-Man villain, but he was one that Peter Parker did everything he could to try and save.

Morbius was a victim of an unfortunate series of events and was fundamentally a good person who wanted to help people.

However, in his search for curing people and his own disease, he ended up turning himself into a living vampire.

It’s a pretty cool story, and one very cool part of this trailer was when Morbius referenced Venom.

He said the line:

We also see Michael Keaton’s Vulture in the movie, which is another connection to the wider SpiderVerse.

Did you like this second trailer for Jared Leto’s Morbius movie?