The first trailer for the upcoming Sony Pictures Spider-Man spinoff movie, Morbius, is arriving later today, but before that trailer hits the World Wide Web, we’ve just had our first look at Spidey’s cameo in the movie.

The film will star Jared Leto was the lead, Morbius the Living Vampire, and there’s been a lot of talk about whether Spider-Man will feature in this movie.

Well, it turns out that he will, but only on a poster upon which someone has tagged ‘Murderer’, and this is probably due to the events of Spider-Man: Far From Home, in which Mysterio framed Spidey for having murdered him.

Mysterio also revealed who Spider-Man really is, so it’s going to be a tough few years for Peter Parker in the MCU.

The mere fact that this poster is in the movie confirms that Morbius takes place within the Marvel Cinematic Universe, which is pretty cool.

We’ve also had our first look at Jared Leto as Morbius the Living Vampire. 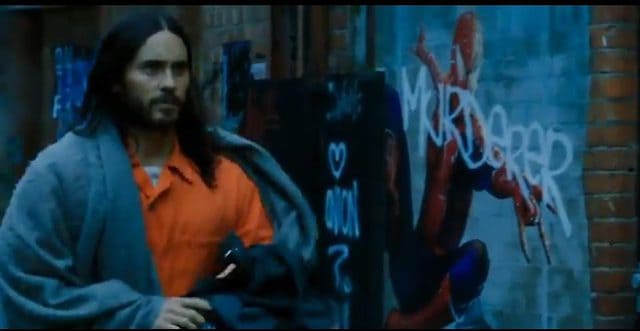 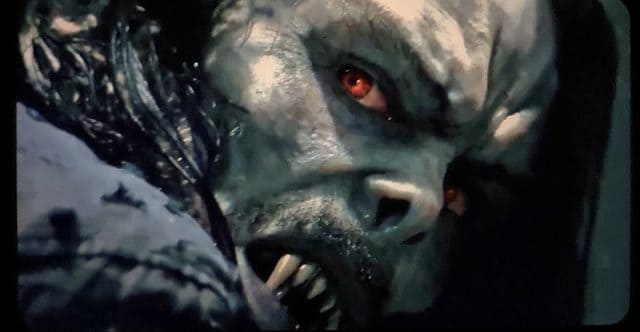 This movie will be an origins films of sorts detailing how Morbius, who has a rare blood disease, ends up transforming himself in a sort of vampire after his attempts to cure himself take a nasty turn.

There have been rumours that Tom Hardy’s Venom/Eddie Brock will turn up in this movie in some sort of cameo, which I think would be pretty cool.

Meanwhile, make sure you watch this space for any new information on the upcoming Morbius movie.

Also, make sure to keep an eye out for the upcoming Morbius trailer, which is set to be released at  6AM PST time.

What do you make of this Spider-Man cameo in Morbius? Let us know in the comments below.