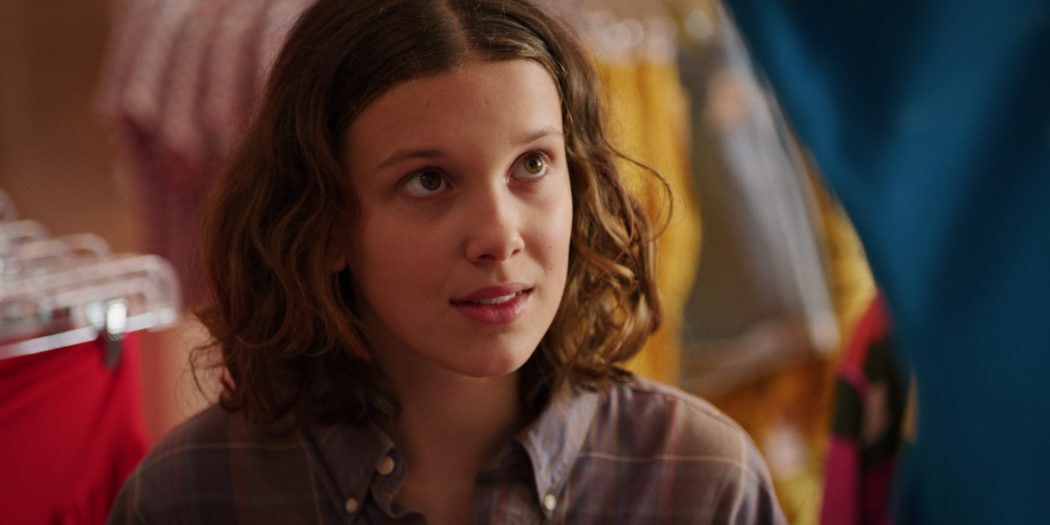 It’s being reported that Millie Bobby Brown has been offered a Stranger Things spinoff by Netflix, which sounds interesting to me.

This news comes to us from the Australian media outlet Sausage Roll.

It had been reported that Millie Bobby Brown was asking for more money in her Stranger Things Season 5 contract negotiations.

The reports were claiming that Brown was demanding that she get paid more money than the adult actors in the show.

Therefore, she wanted more money to star in Season 5 than David Harbour and Winona Ryder.

However, there was no word on the other Stranger Things child actors and whether they were also asking for more money to do Season 5.

Brown is the show’s biggest star these days, and her stardom is only growing.

The actor was the star of one of Netflix’s biggest movies in recent years, Enola Holmes.

She’s also one of the stars in the Legendary Godzilla franchise having starred in Godzilla: King Of The Monsters and she’s about to star in Godzilla Vs Kong.

It’s going to be interesting to see whether she decides to accept the Eleven Stranger Things spinoff show on Netflix.

What do you make of this story? Would you like to see a Stranger Things spinoff on Netflix starring Millie Bobby Brown?